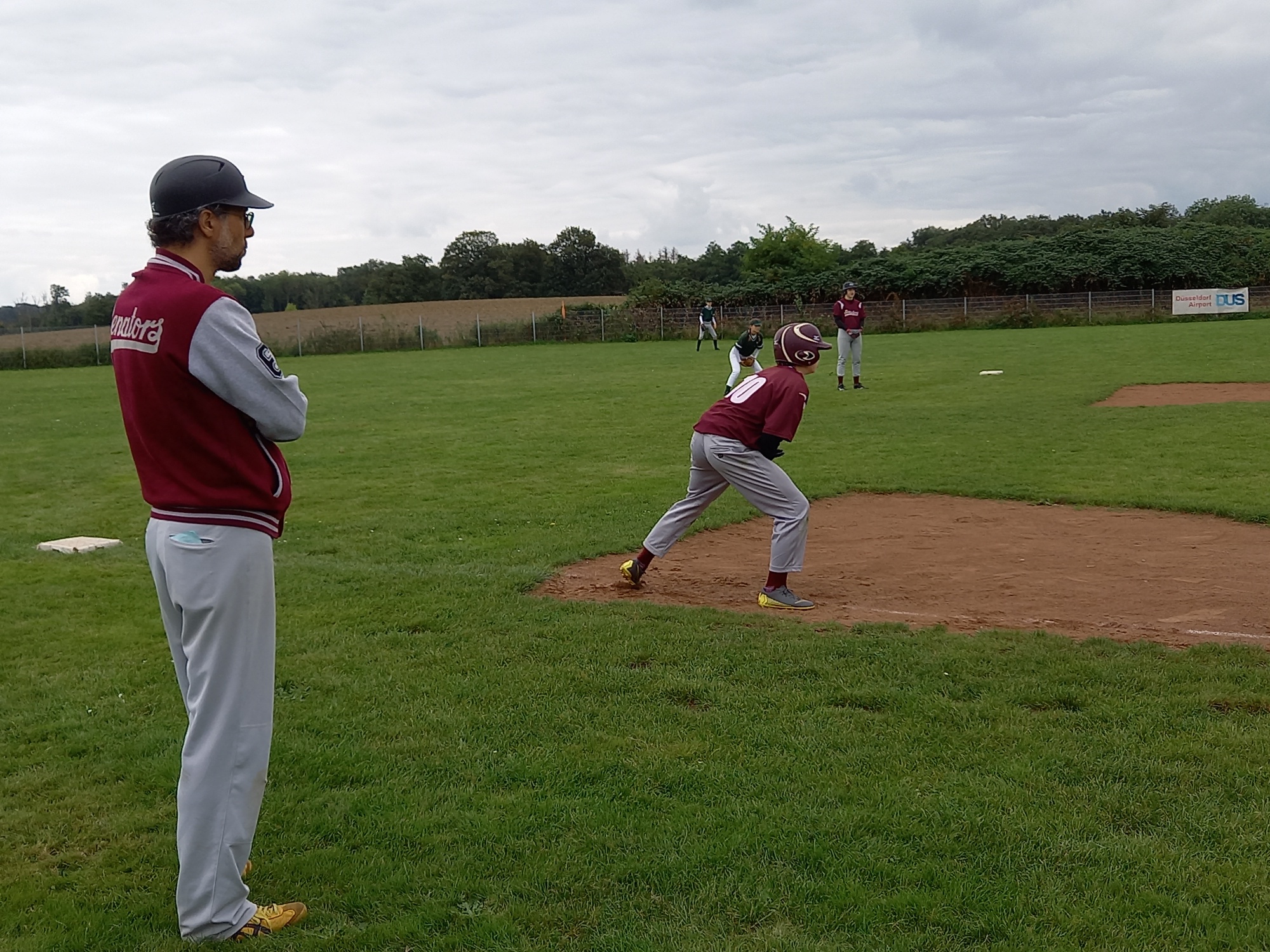 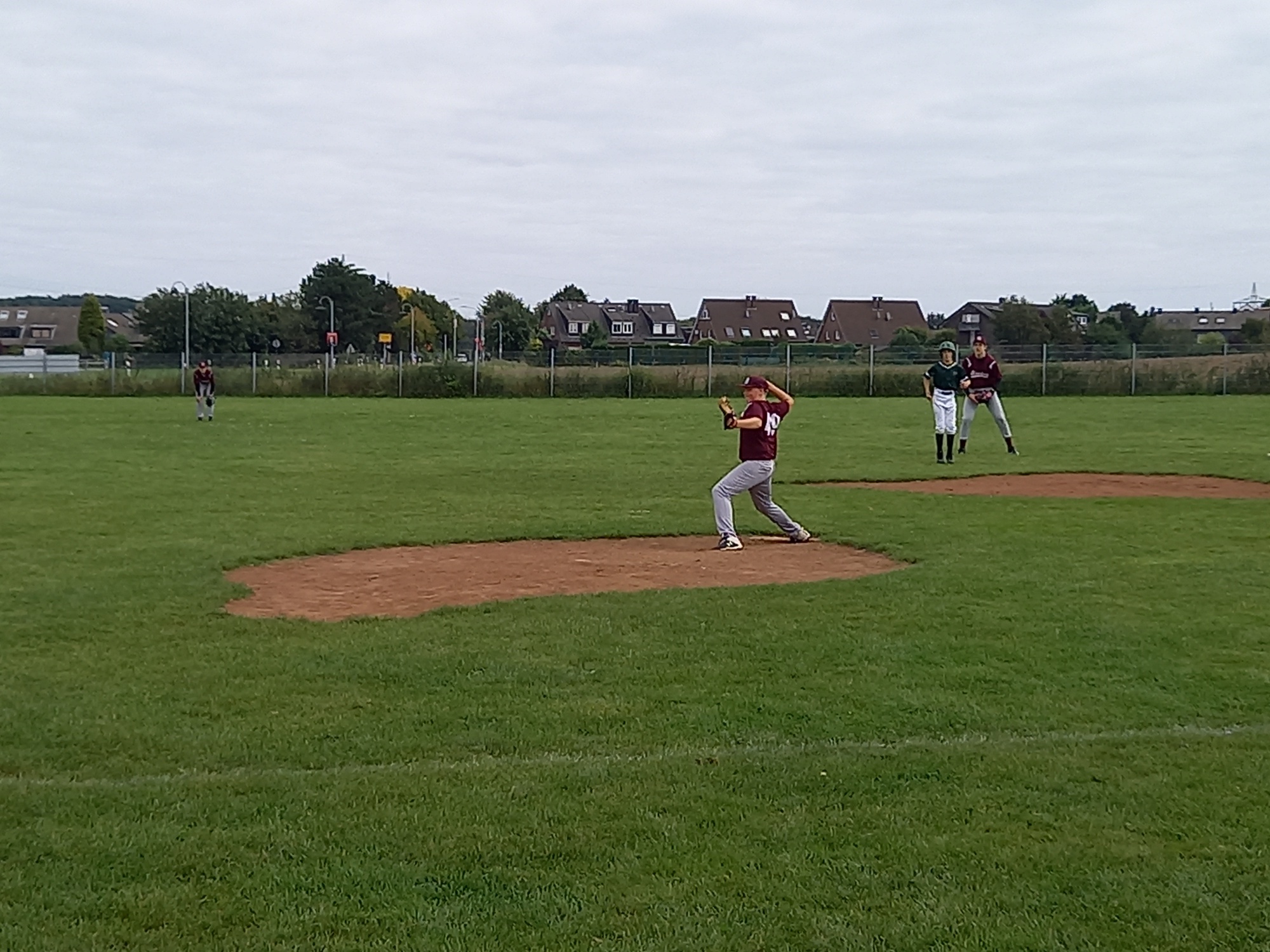 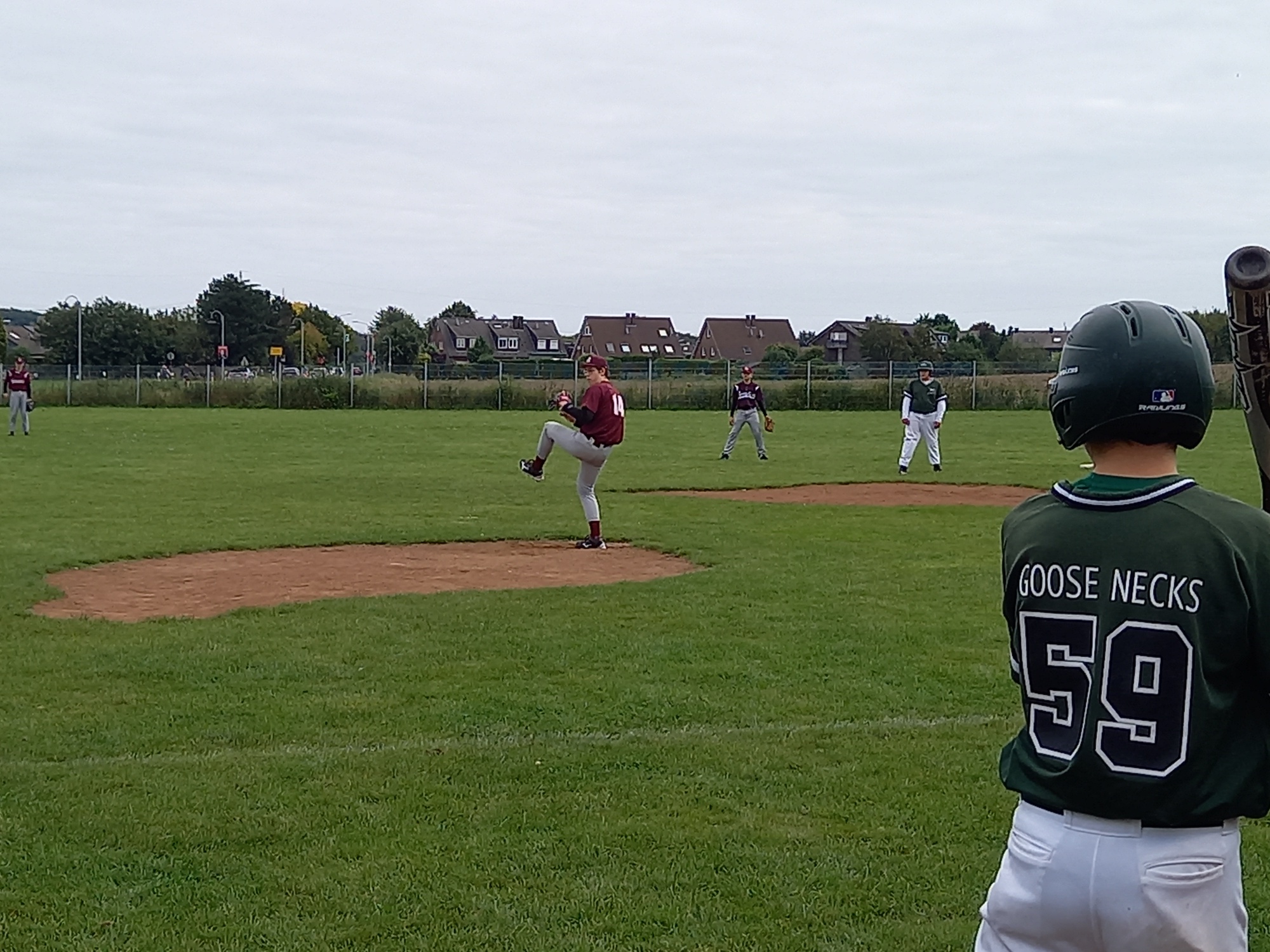 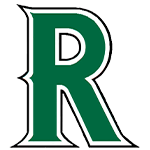 In the away game last Saturday, the Goose Necks( with two U18 players, therefore not playing in regular competition) showed a strong offense and a good defense resulting in a 9-0 lead after the first inning.

The team around Max and Stefan increased their concentration from the second inning on. They started to score and were wide awake on defense.

In the fifth inning, the Senators turned it up, ending that inning 4-1. The team performed well, especially with many newcomers playing their first season.

In the end there was a lack of concentration, because everyone in the Düsseldorf dress had to play through the whole game. Thus, the game ended in the 6th inning in the 10-run rule.

The season finale is on October 2nd for the Hilden Wains / Solingen Alligators syndicate.