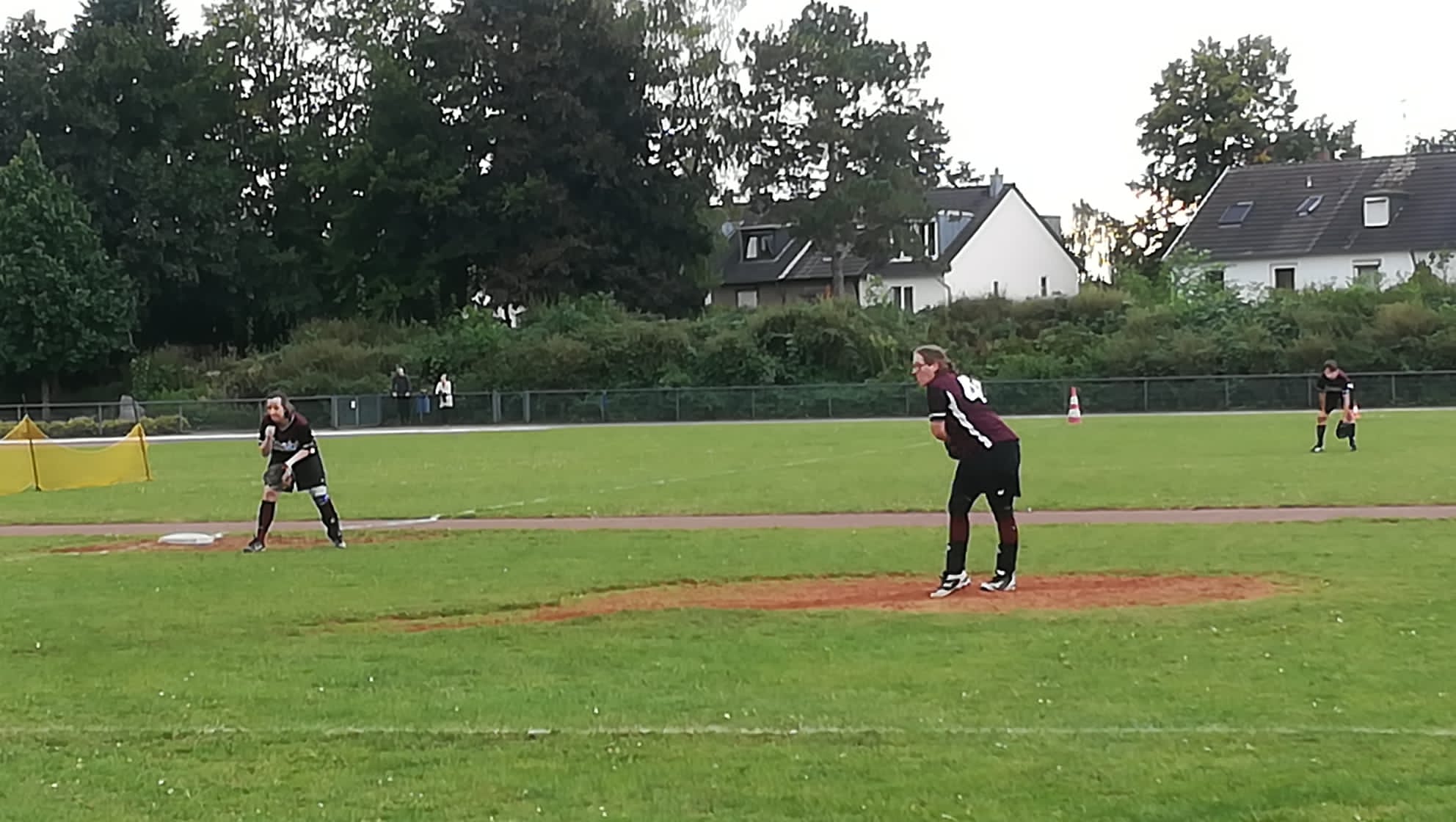 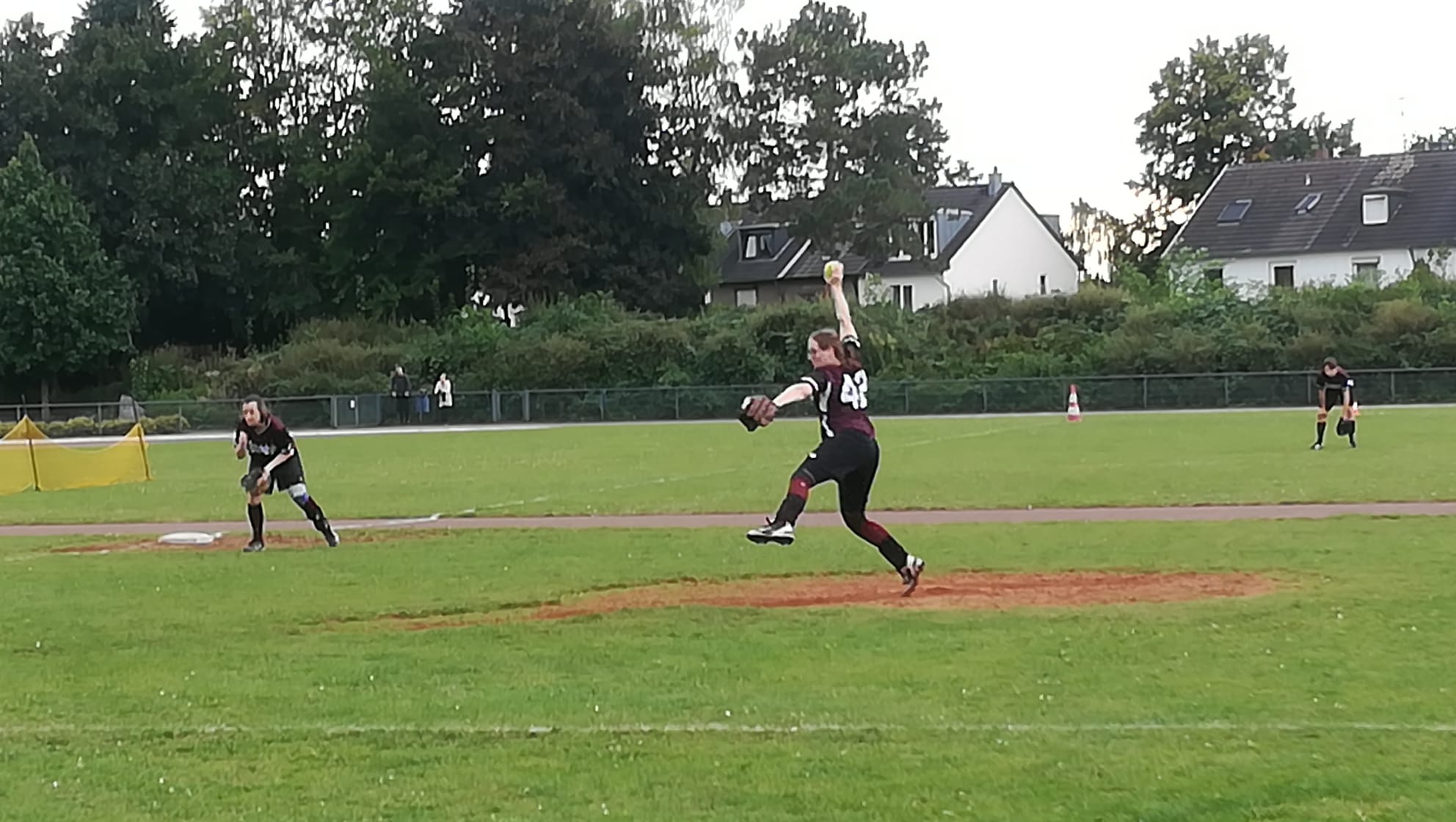 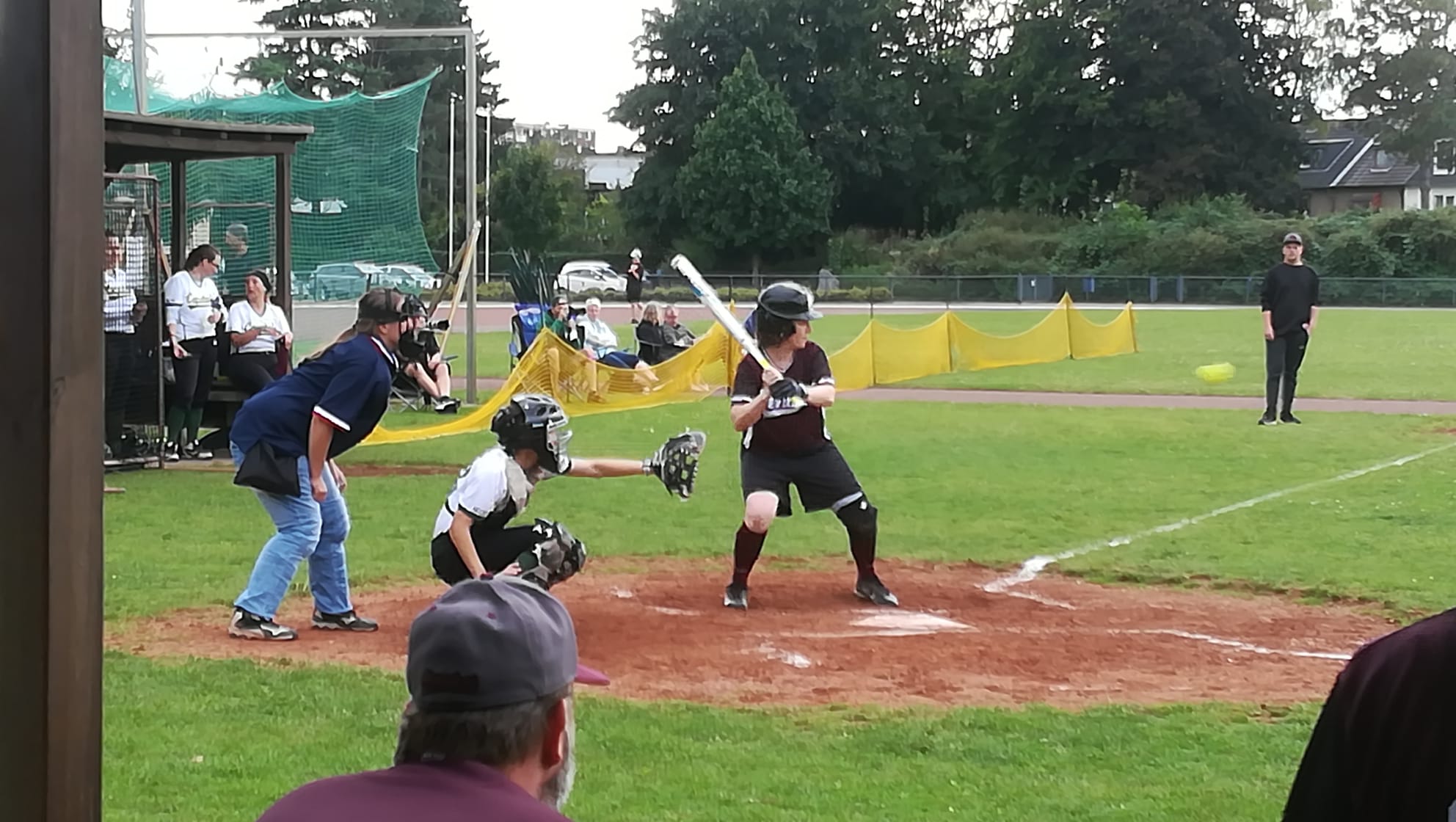 Strong fight and a lot of heart

With just 10 players, two of whom were injured, head coach Frank Mohr threw his “last line-up” into the game against the ladies of the Bonn Capitals.

“A week ago it wasn’t even clear whether we could play at all. A season like this is a challenge for all teams, and we’re no exception.” However, he doesn’t want this to be seen as an excuse for the team’s loss.

“Even with only seven of us we would have given everything.”

Against the unbeaten division leaders it was Play Ball at 4:00 p.m. and everything was ready for the last home game of a shortened but no less exhausting season.

Already in the first inning the young team from Bonn showed what they were capable of and emerged with a clear 9-0 lead. After that, however, there was no getting past the starter and, above all, a well-positioned defense. Reneé, who pitched 5 complete innings (season best), went into left field at the beginning of the 6 innings and made room for Sarah, who had come fresh of her excellent comeback against the Cologne Cardinals.

At this point the score was 11: 5 and it was almost noticeable that the Senators Ladies had not written off the game for a long time. But instead of another race to catch up, things turned out differently, because Sarah sustained an injury with the first pitch.

“Even though we have gained players, there are currently still no alternatives. So the girls are repeatedly forced to play in positions that they don’t like. ”

Even if Sarah bit her teeth, you had to quickly realize that it wouldn’t work that way. The next change was due and again it was time to rebuild the team. Vanessa should pitch the inning and thus the game to the end, because the ladies did not manage to avert the defeat in the end.

With great morale and fighting spirit, it was shortened to 19: 9 and so in the end there was no reason to hang one’s heads.

“More was just not possible.”, Frank Mohr observed a few moments after the end of the game.
“That was a great achievement, performed with great passion. And when a team like the Capitals is so happy about the victory, we must have done a lot of things right today. ”

As always, our thanks go to everyone involved, the scorers, Umpires and the whole Senators crew. We never tire of mentioning you, because it just doesn’t work without you.

We don’t want to forget the Bonn Capitals, who left the pitch as a deserved winner and surely spent a great softball day with us.