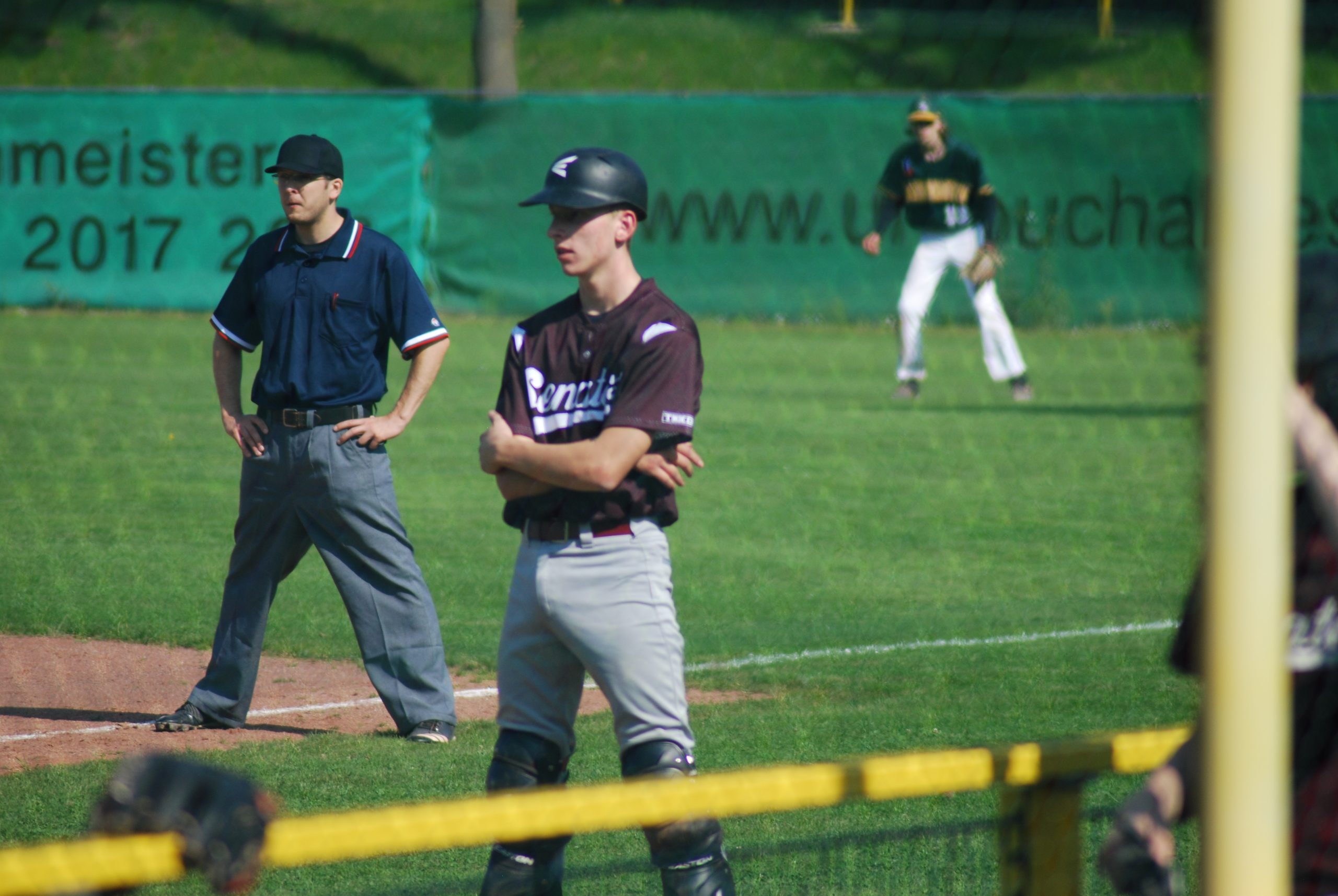 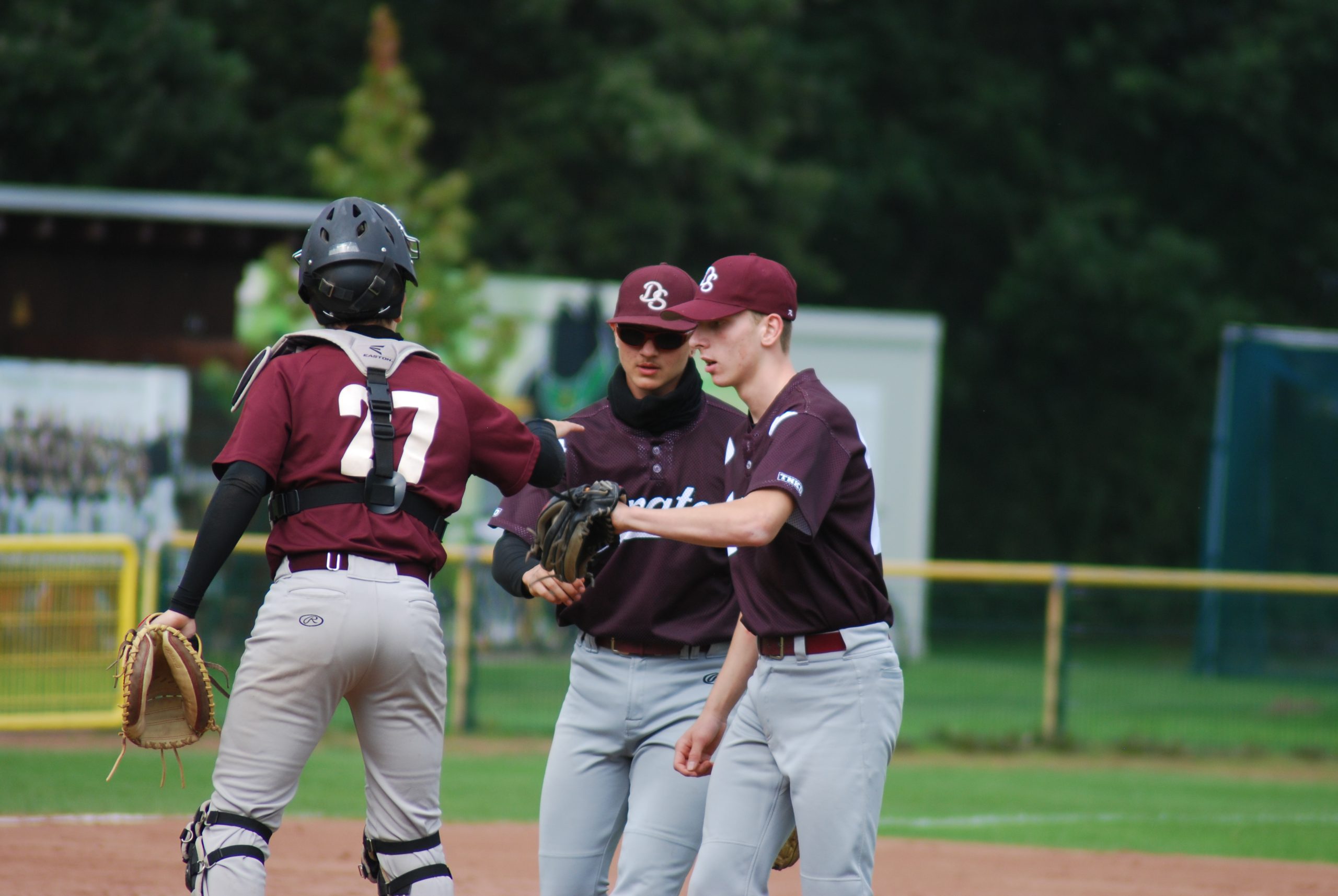 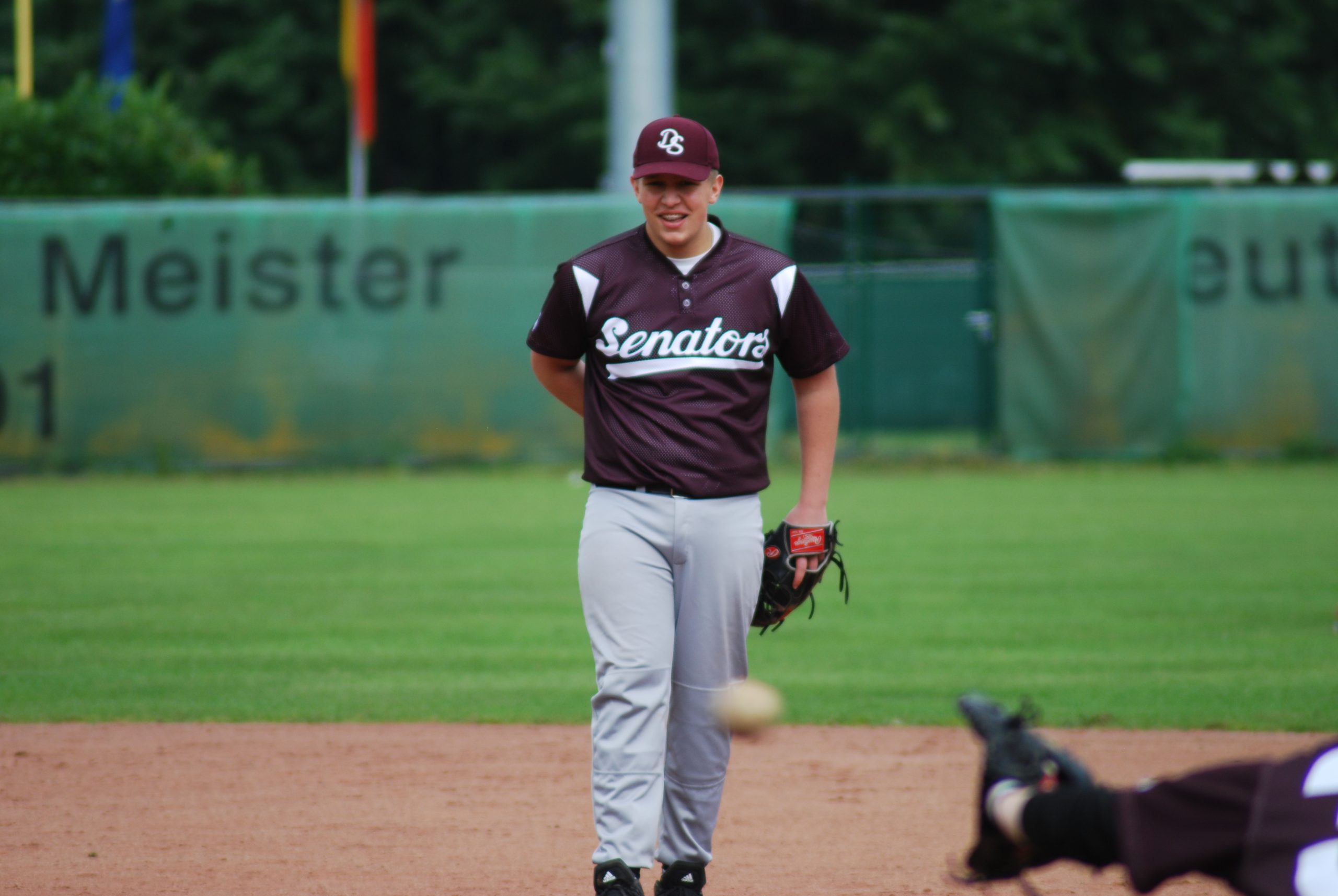 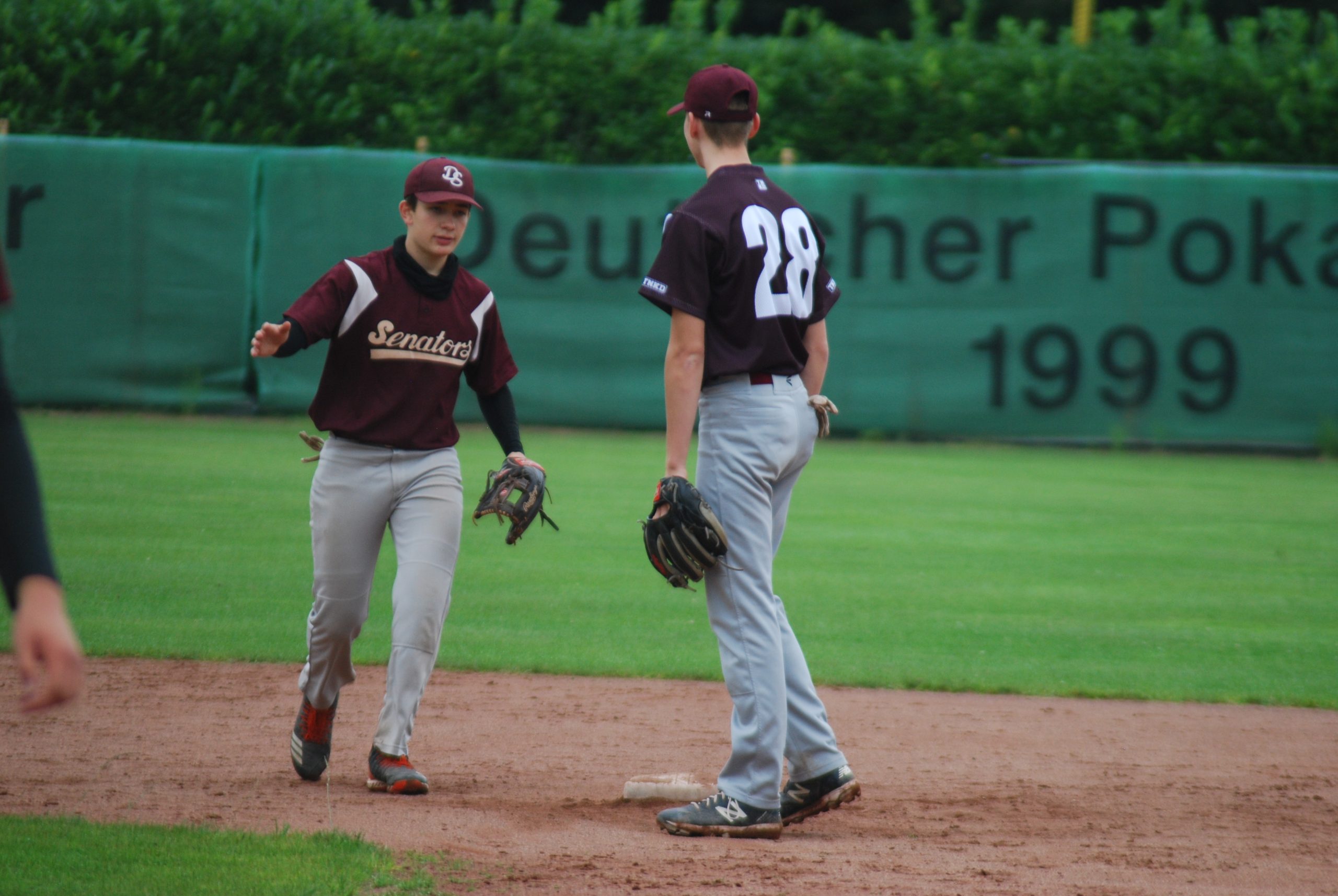 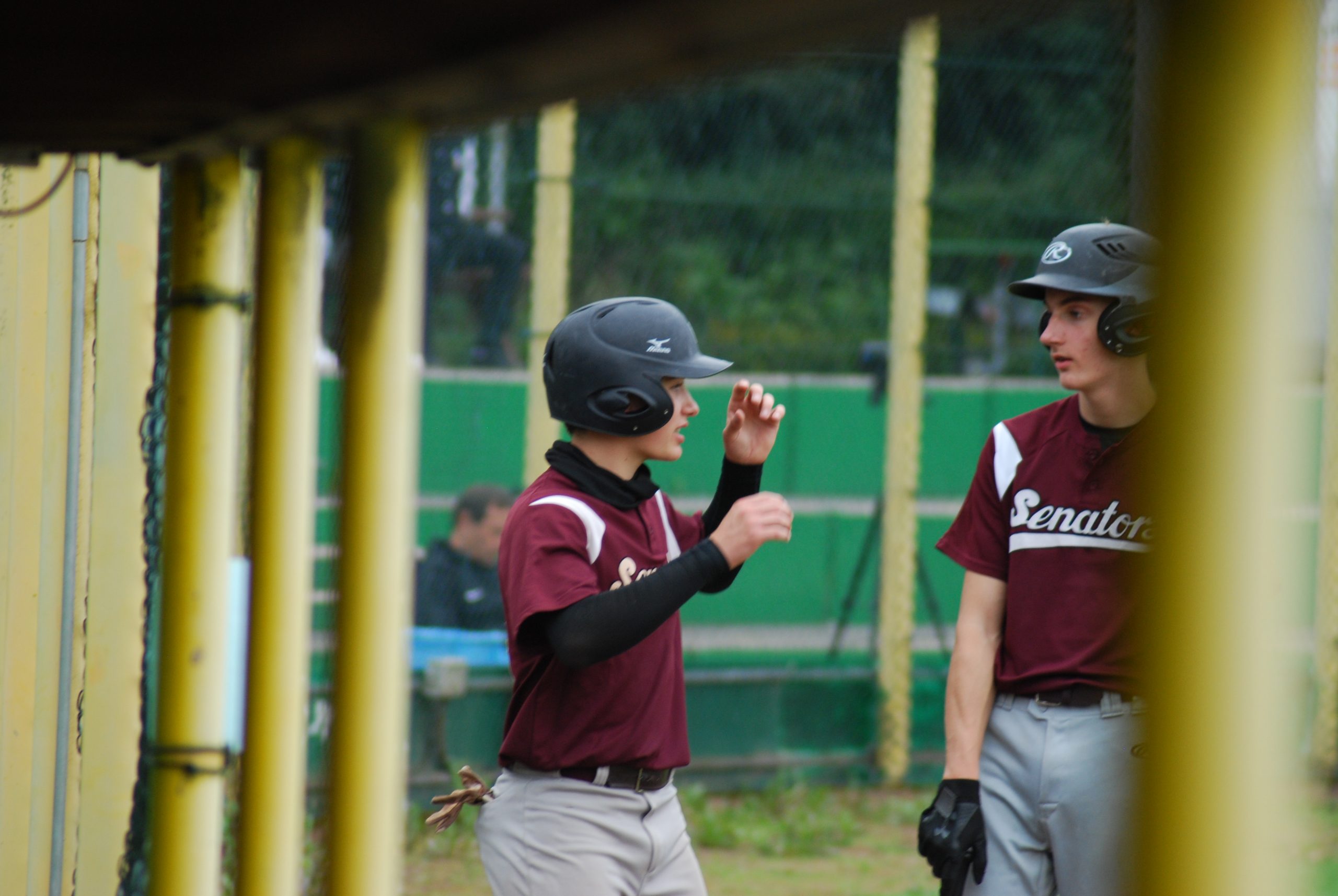 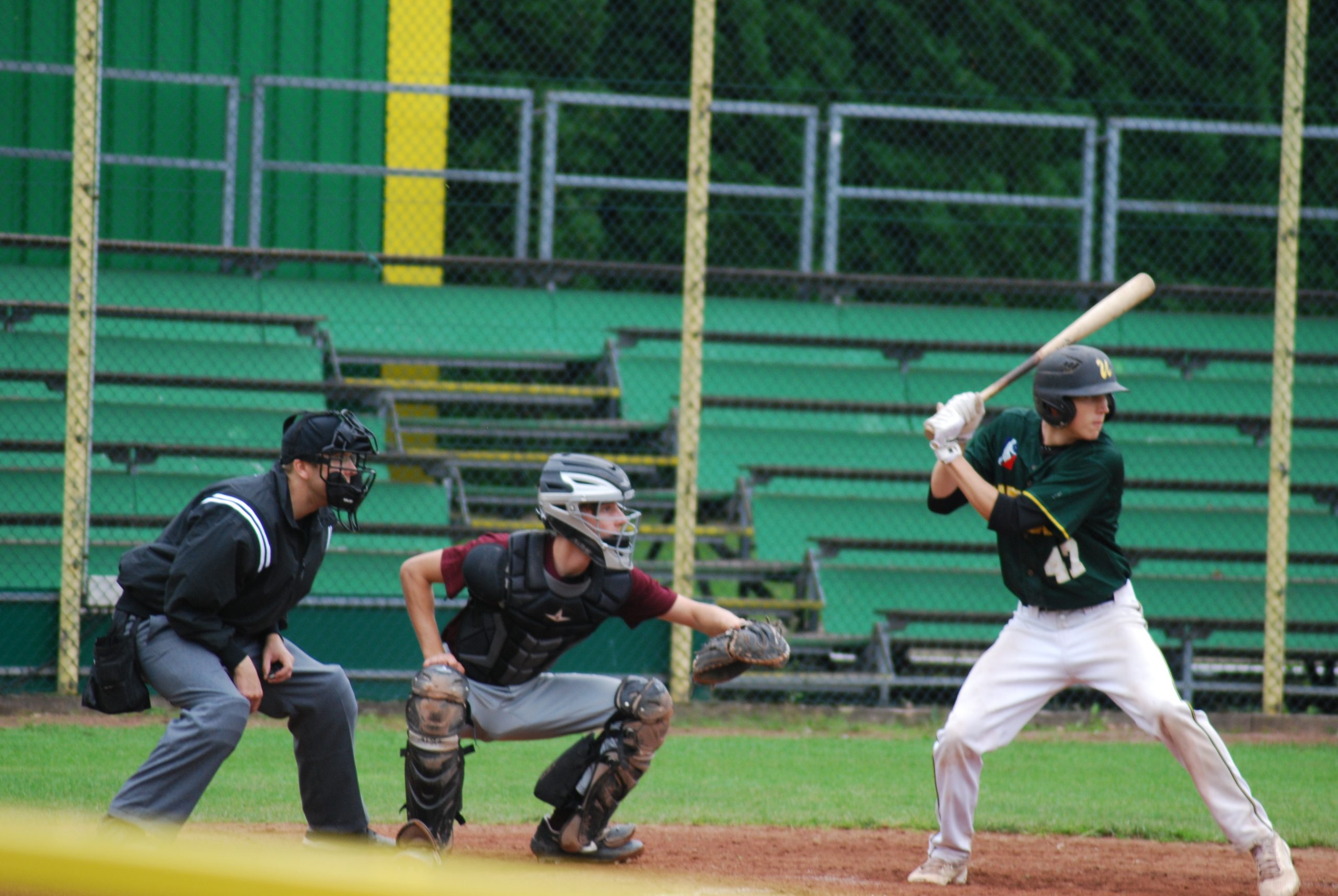 Paderborn unfortunately not worth a trip.

“David versus Goliath” was the motto of the Düsseldorf Senators’ junior game on Saturday in Paderborn. With an uncomfortable 13 ° degrees, cloudy skies and a lack of catering, the Senators never had the chance to slip into the role of David. The Paderborn coach probably had concerns about the game after the very good game between Düsseldorf and Bonn last weekend and put by far his best team on the field. In the infield, among other things, only national players who had already played in European and world championships were included. In this respect, the Senators were under pressure and without a chance from the first to the last pitch of the game. The hosts, who were superior in all respects, from the physical to the tactical aspects, also had a clear advantage in terms of age average; While the Senators competed with the two youth players Luis Fenk and Malte Bessem, who did their jobs with brilliantly, the Paderborn lineup mostly icluded 18-year-old players. The clear 2-0 defeat should be quickly forgotten and the team should concentrate on the next and last game of the season against Dortmund.