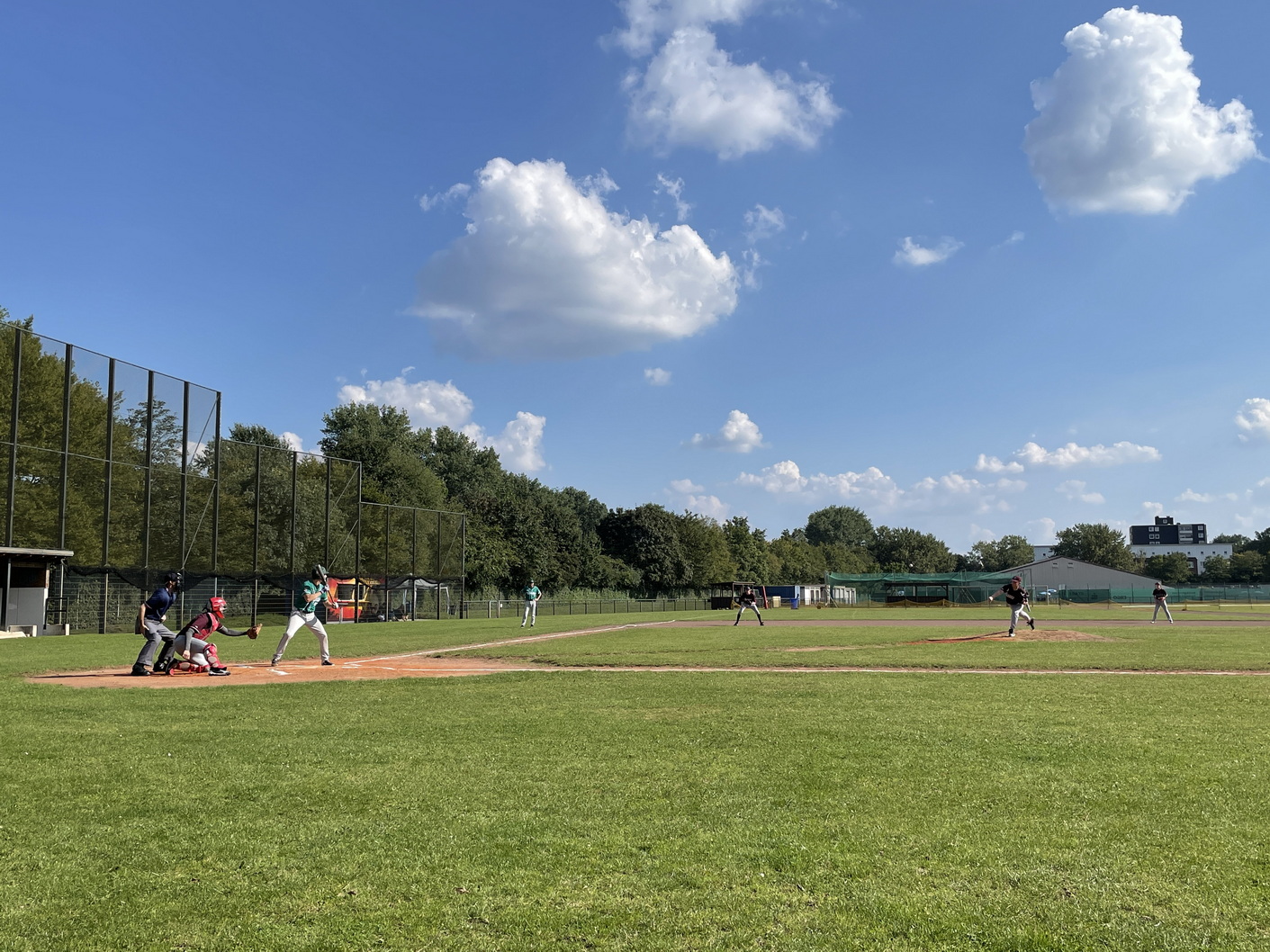 U18 player Cameron who helped out on the mount recovered quickly from a difficult start with the help of the team but eventually had to say goodbye to the mount in the third inning. An inning where luck was not on the side of the Senators, probably also cost the open exchange of both hits and runs in this inning. Wuppertal pulled away decisively and won the game with a 10 run rule.