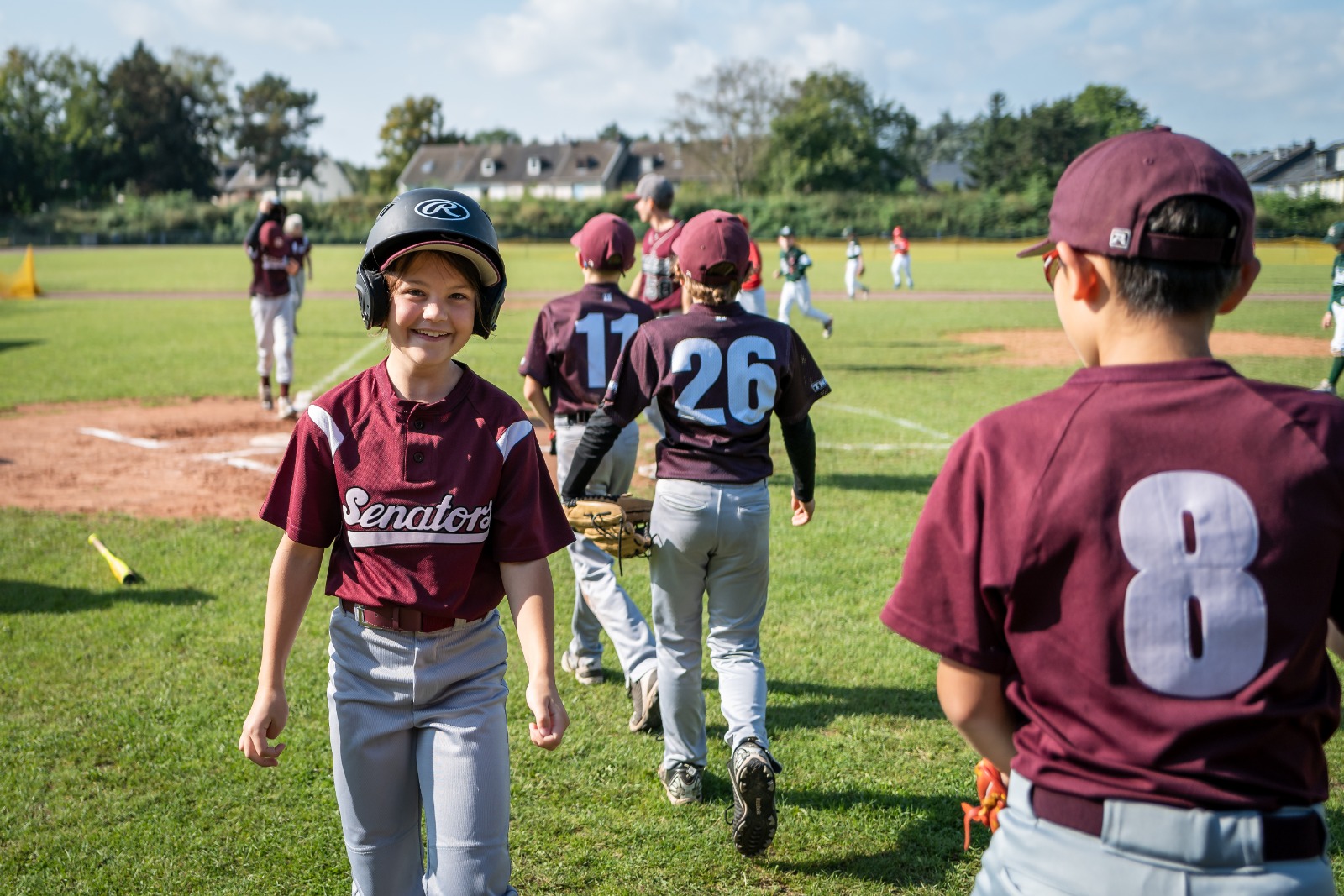 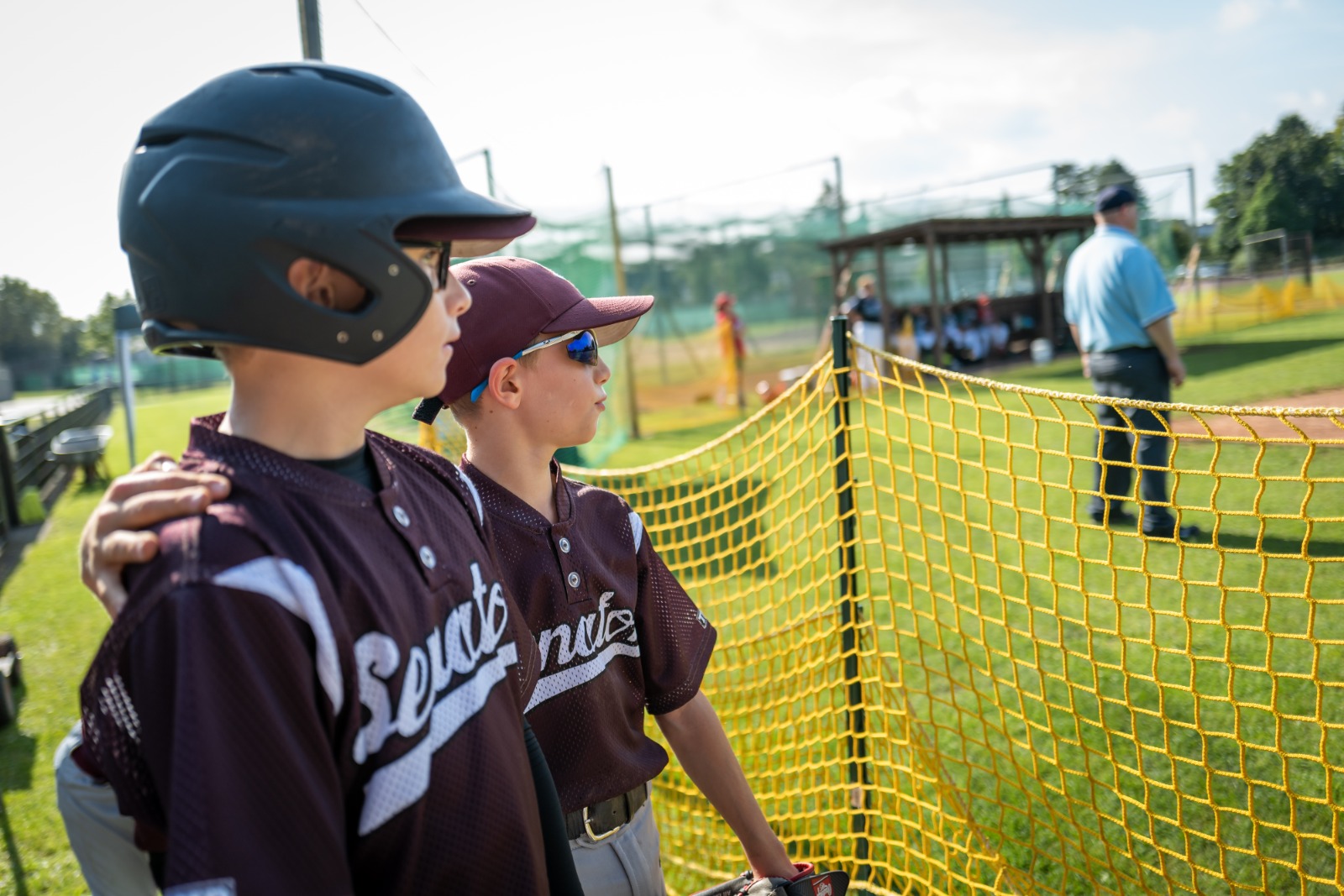 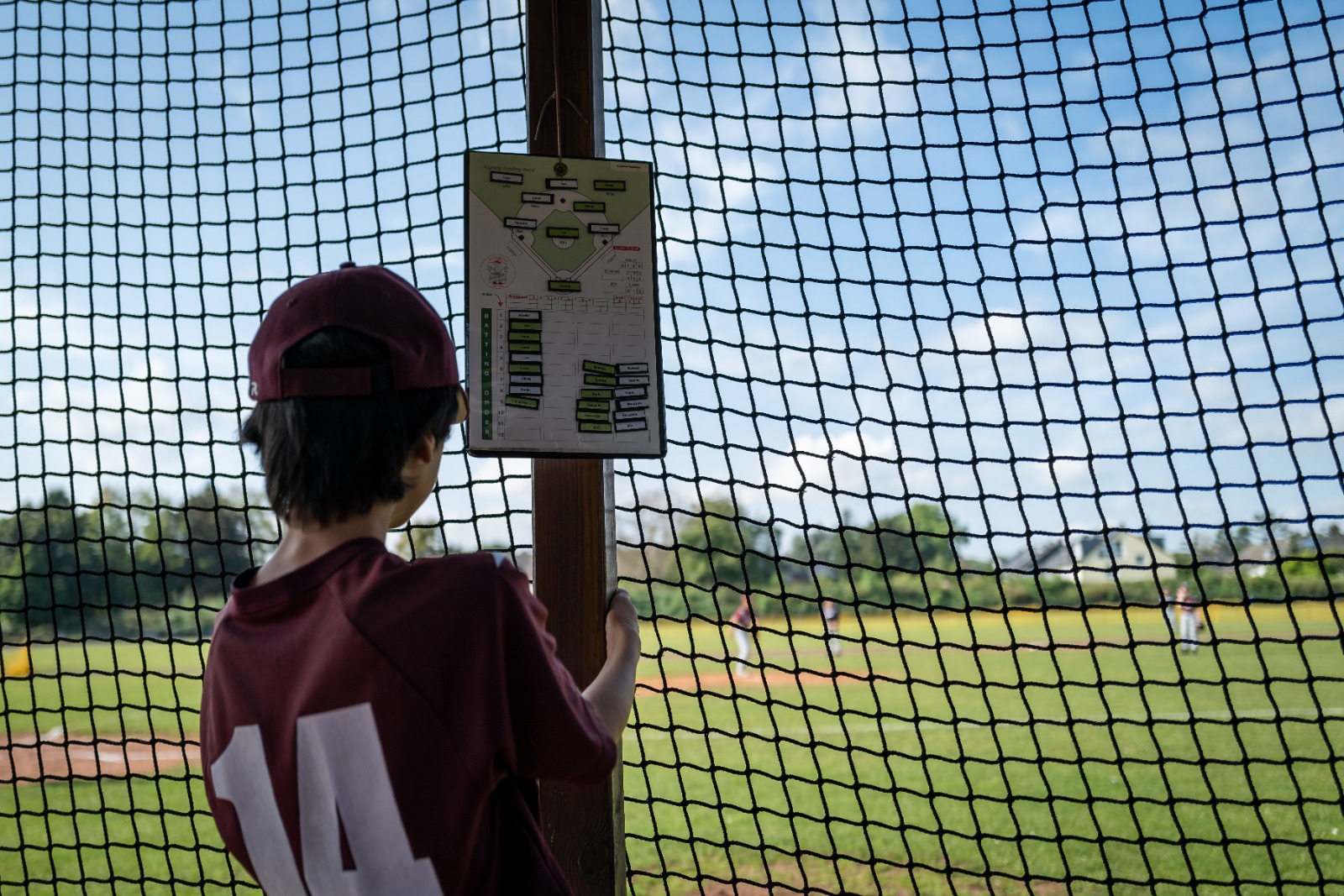 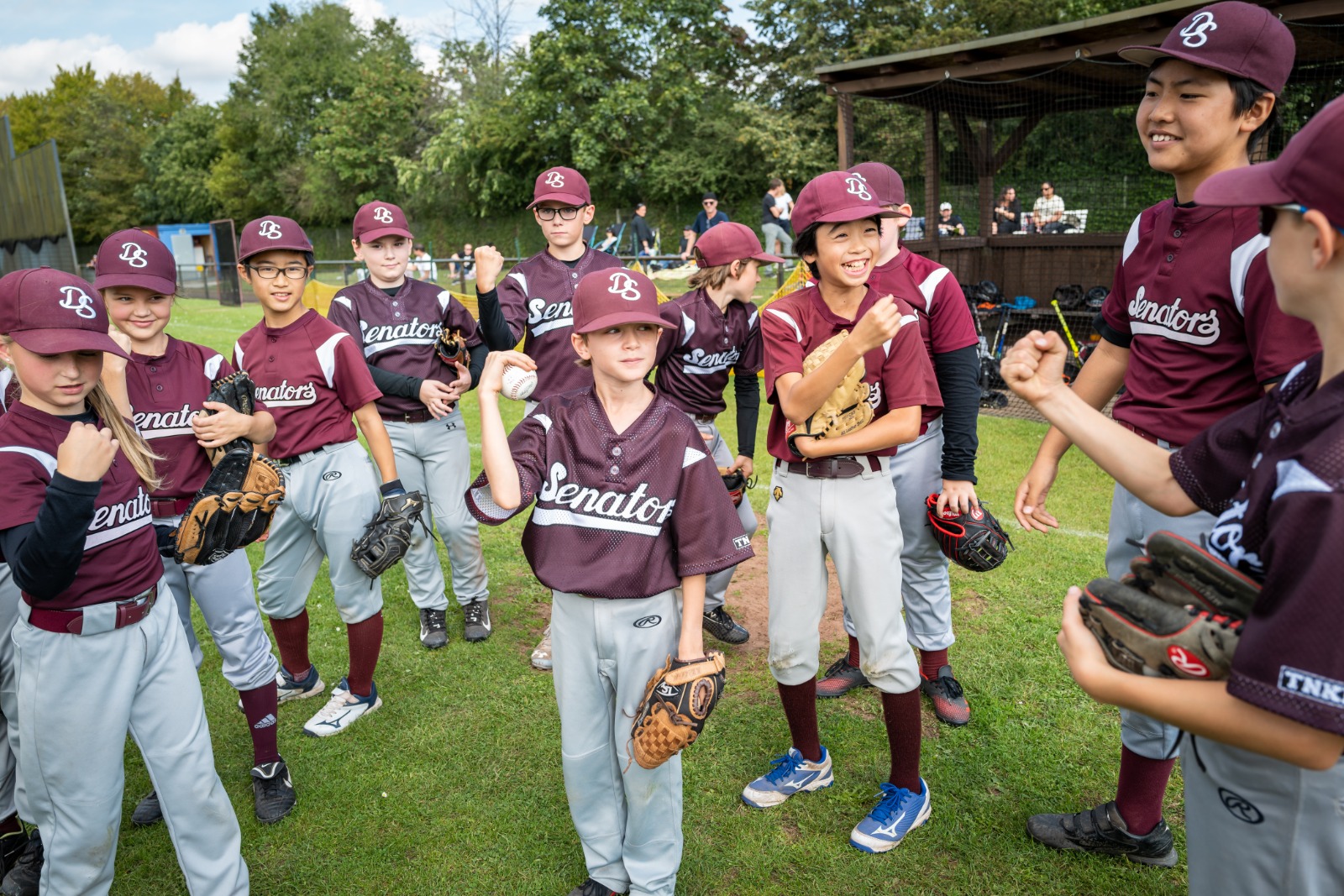 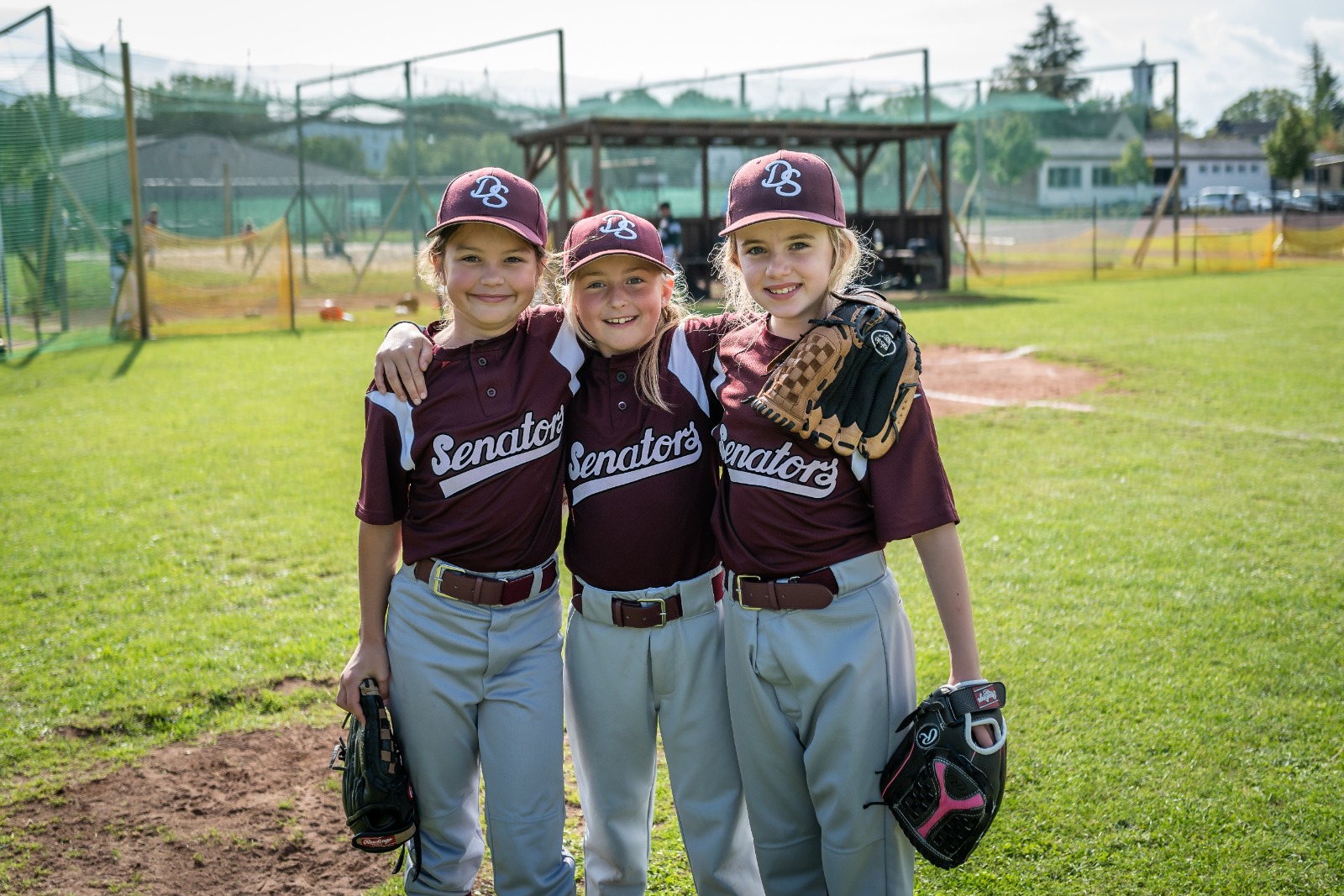 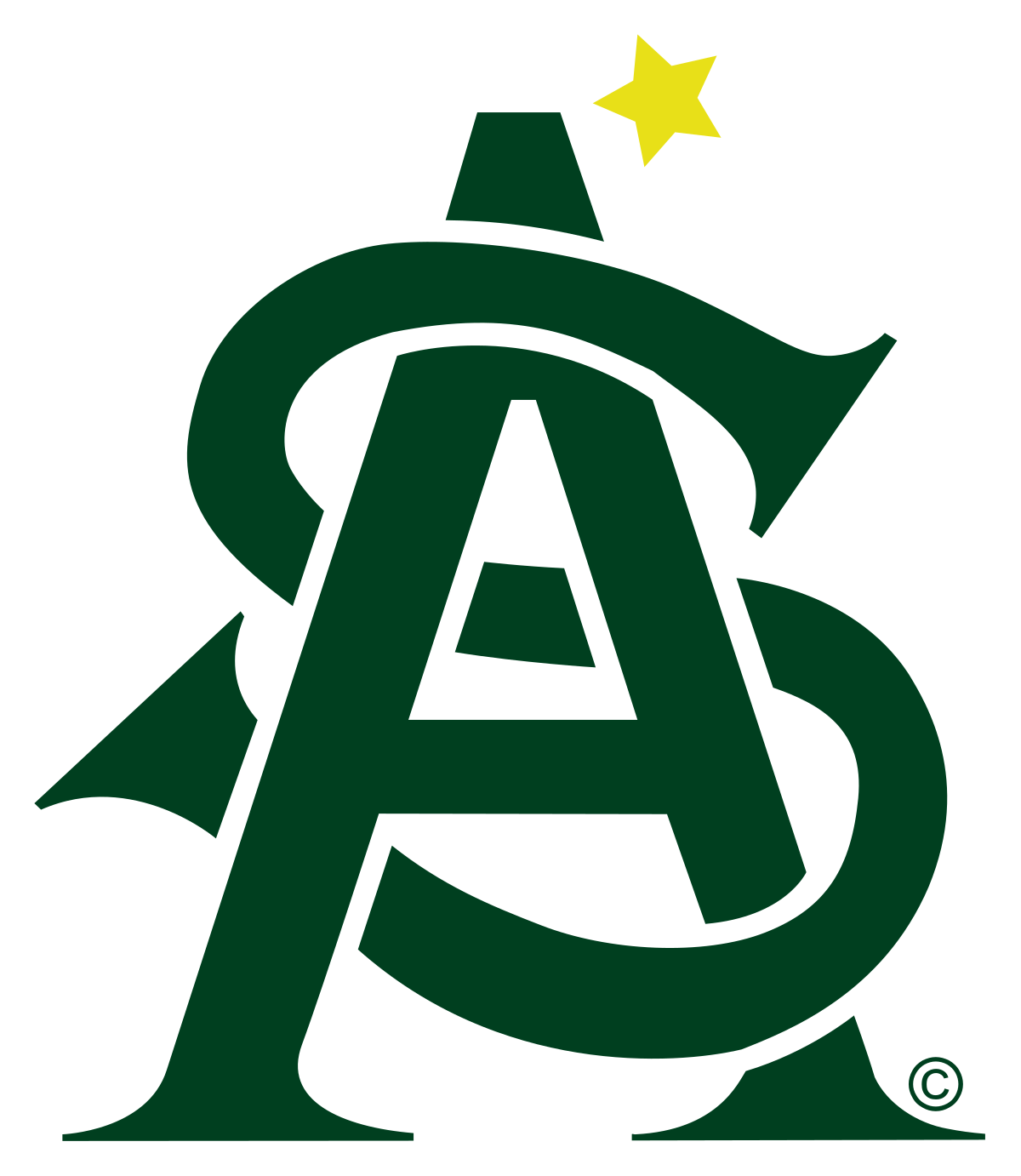 Successful end of the season in every way.

Last Sunday the time had come. The last double header of our U12 Tossball Season took place at Südallee. The game was played at home against the joined forces Kapellen/Solingen. It quickly became clear that both games would go to the Senators Kids. The boys and girls on the other Side though were still motivated and showed that they enjoyed the game.

Thank you Kapellen/Solingen for a total of 2 double headers, with a lot of fun and friendly enviroments.

After the games the absolute highlight of the day for our children was still to come. They were allowed to put their skills to the test again, and really knock the balls around the parents’ ears.

24 children and just as many mums and dads were ready to play a game without mercy. The parents, a diverse bunch, realized pretty quickly that baseball is not as easy as it sometimes looks. Despite the good pitching of the U12 head coach, the adults needed a few attempts to get on base at all. The children were very amused. Walking around the field and then being thrown out by your own child was pure entertainment for the kids.

It had long been clear to us that our children could play baseball, but the parents quickly realized that they did not show any compassion towards their own parents. It was fought out, shoved with love and most importantly – a lot of laughter.

In the end it was clear: the adults had no chance. Congratulations to the children.

At the end of that day, it was obvious again what a great sport baseball is. Many new children have found their way to us throughout the year.. While it is sometimes difficult to do justice to all children, it worked. The little ones learned the basics in a short time, gained their first playing experience and the “big ones” were able to contribute a lot with their knowledge and skills. The team has an age structure of six to twelve years – German, American and Japanese children. And … it never matter! They were a team, sometimes communicated with hands and feet, cheered on and supported each other. That this works is also thanks to the U12 coaches, who took the time twice a week and on the weekend to support the children on their baseball path.

We are very much looking forward to the next season with lots of fun and exciting games!