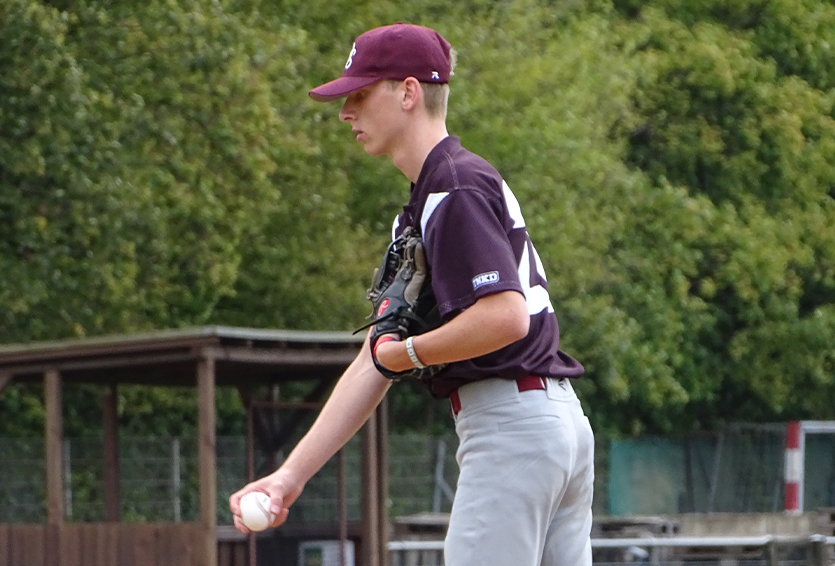 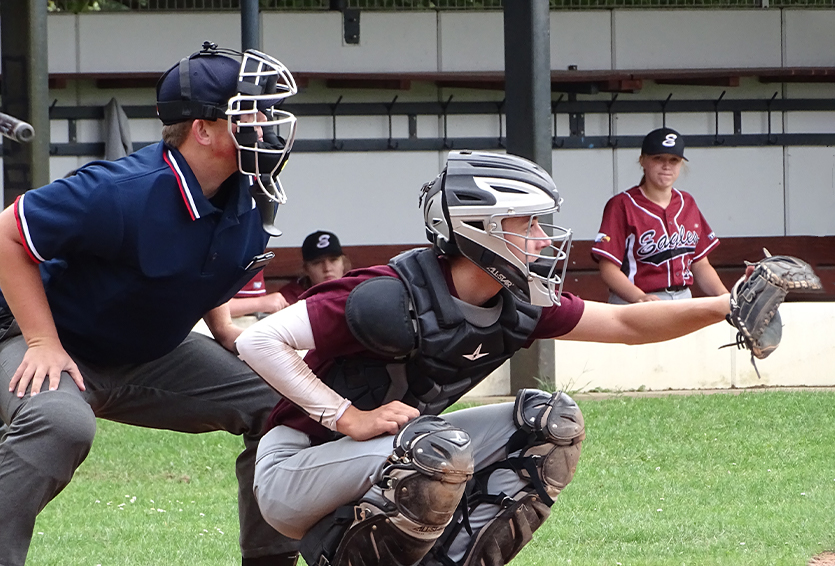 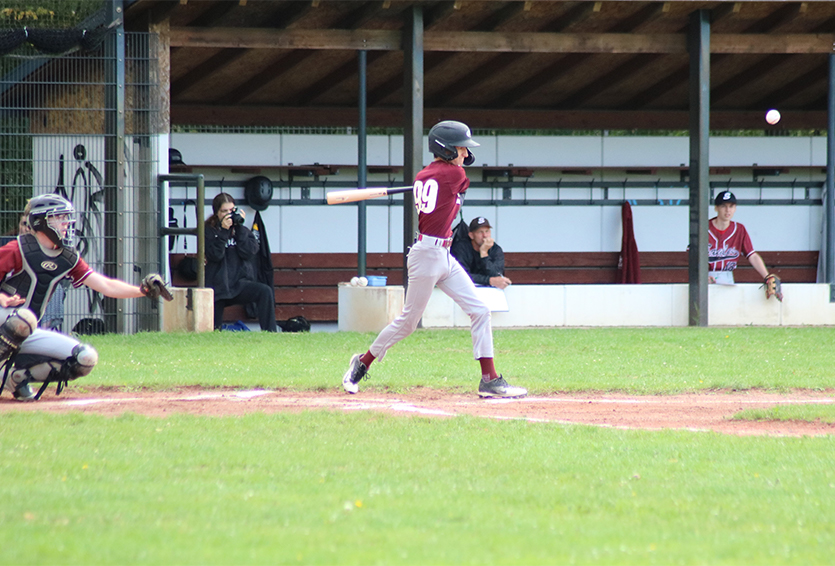 Last Sunday there was a clash between the Senators 18U and the Zülpich Eagles in the U18 Landesliga.

For the Zülpich Eagles it was the first competitive game, whereas the Senators had a successful start into the baseball season the previous week with a win against the Cologne Cardinals. However, anyone who had thought that this victory would bring security and calm to the game of the Young Senators saw themselves wronged in the first inning. Not yet mentally on the field, there were slight mistakes and the pitches did not find their way into the strike zone as usual. So it was not surprising that the fearless guests went into the second half of the first inning with a lead and that the eager pitcher of the Eagles kept his team in the game well into the second inning.

It was 3: 2 and 7: 2 from the point of view of the Senators after the end of the second inning. With increasing playing time, our starter Leon Stölzel (6 K) also got better into the game and at the beginning of the 4 innings he passed the baseball and a reassuring 11: 2 lead to Shohei Fuchigami, who subsequently achieved something extraordinary in baseball. He threw what is known as an “Immaculate Inning”, which means that he could score 3 strike outs with just 9 pitches.

On the offensive Side of things, Max Fenk stood out with 4 hits (2 3B, 2B, 1B and BB) and 3 RBI from a homogeneous team performance. Even if the winner was certain early on, the Eagles fought for every ball, every out, and in the end they were defeated a little too clearly with 24: 2.