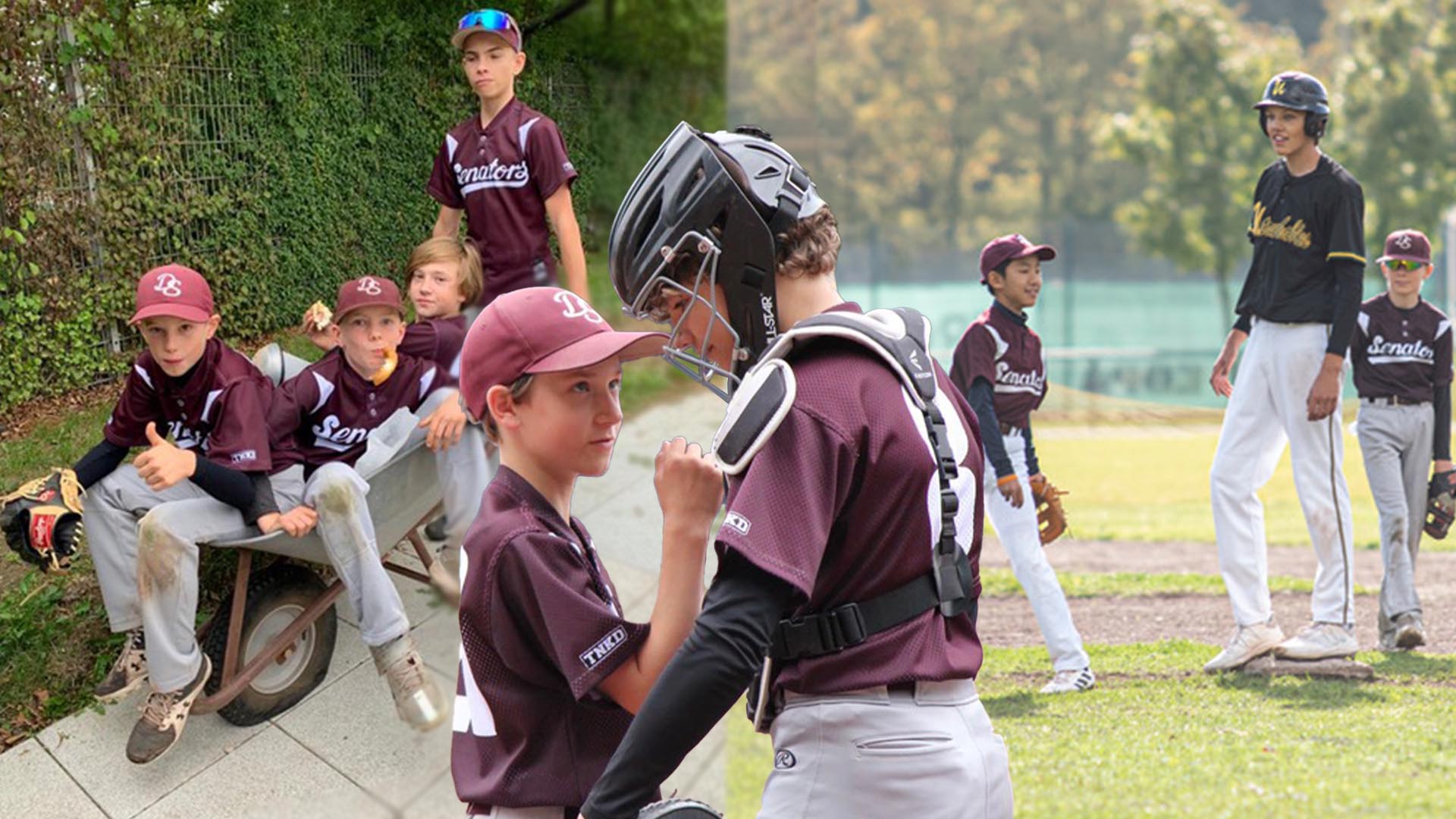 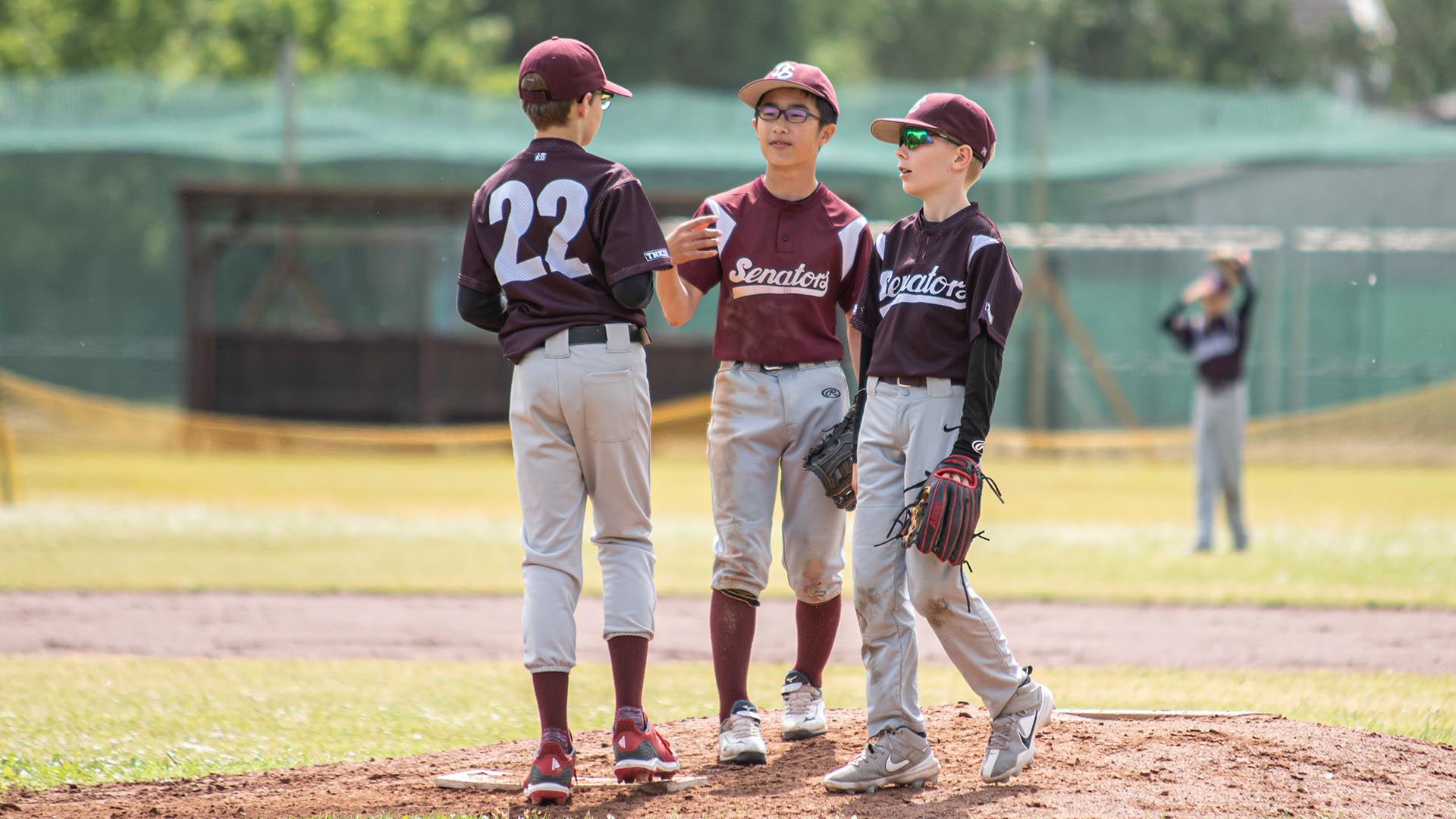 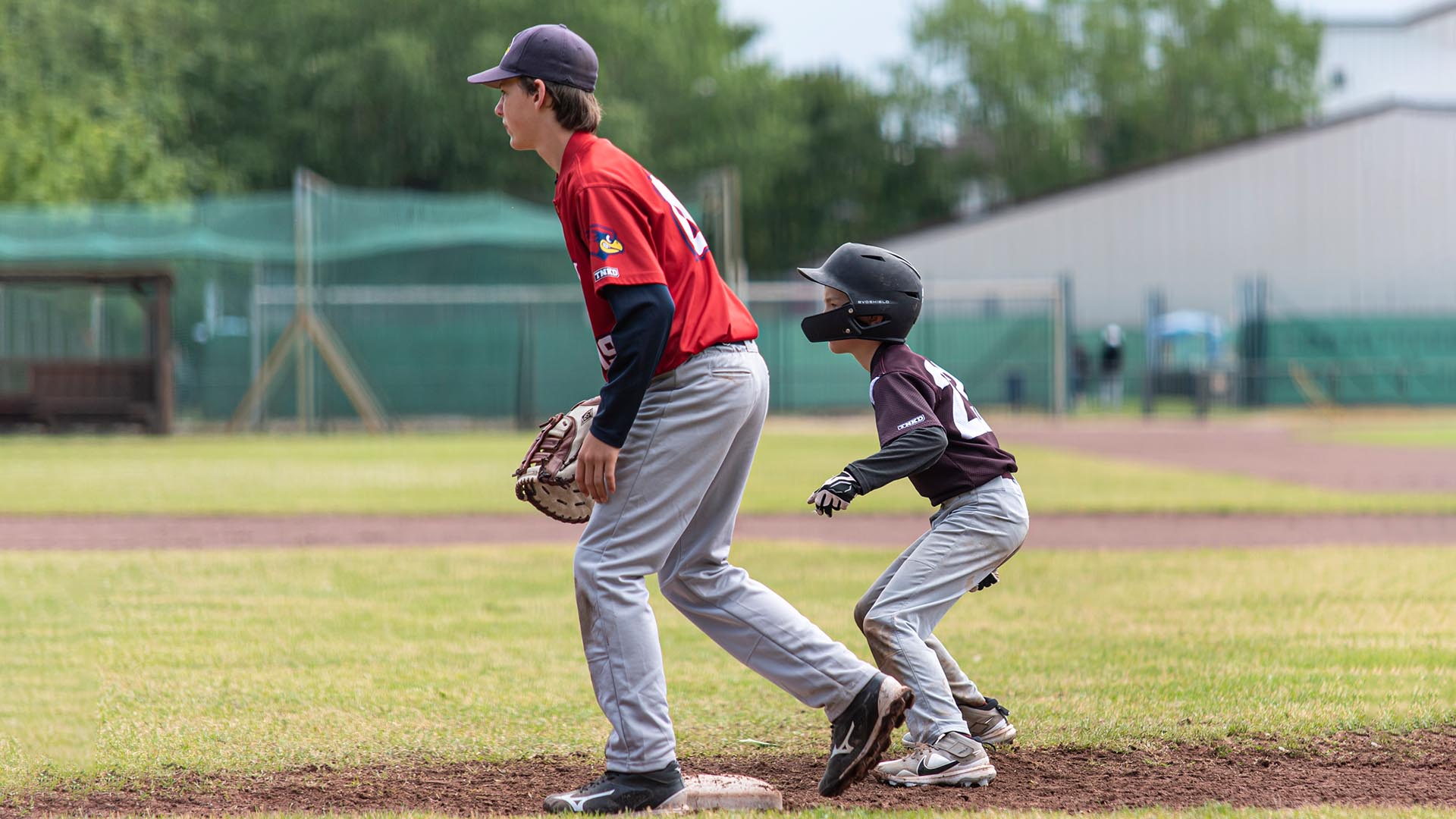 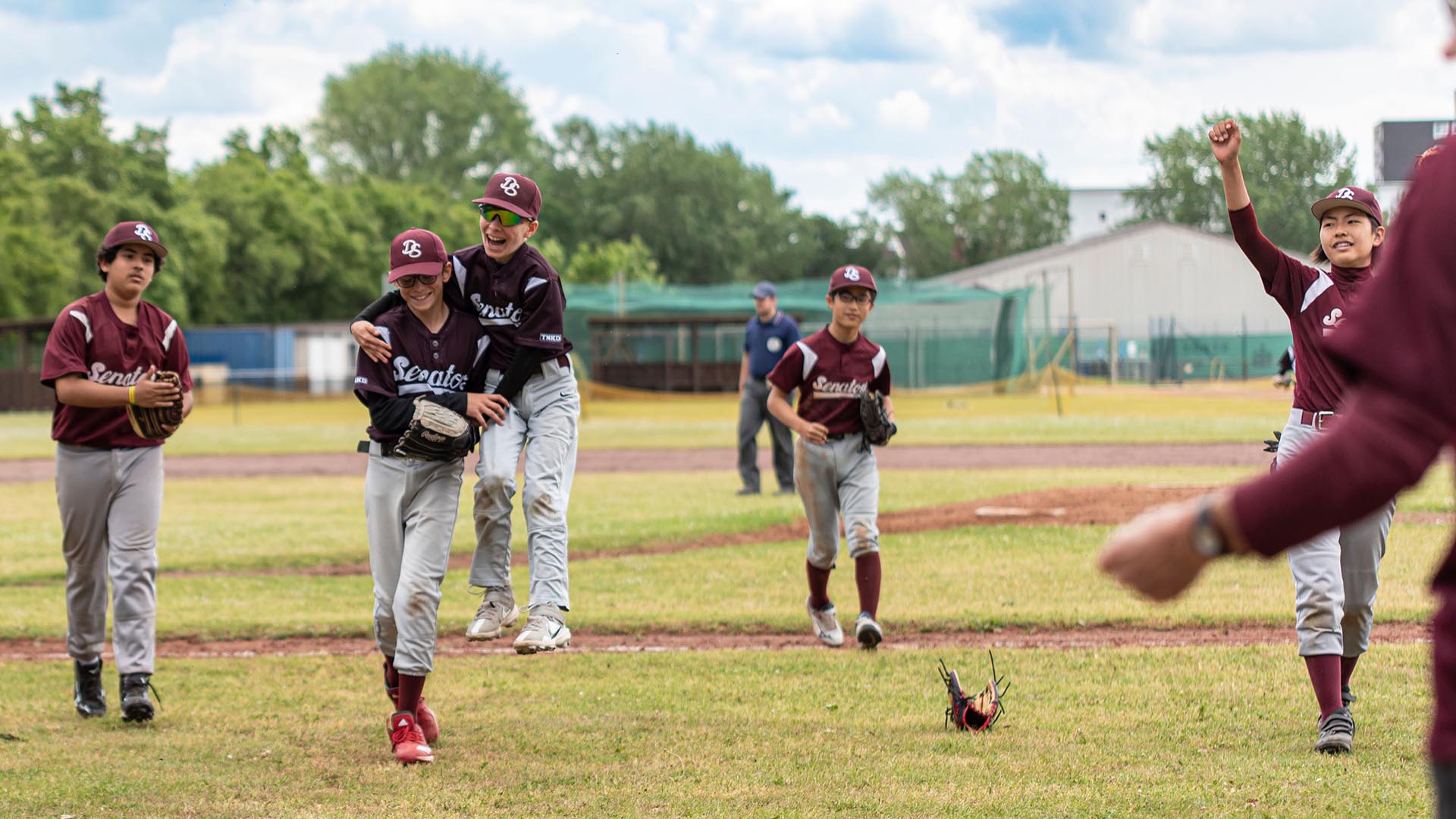 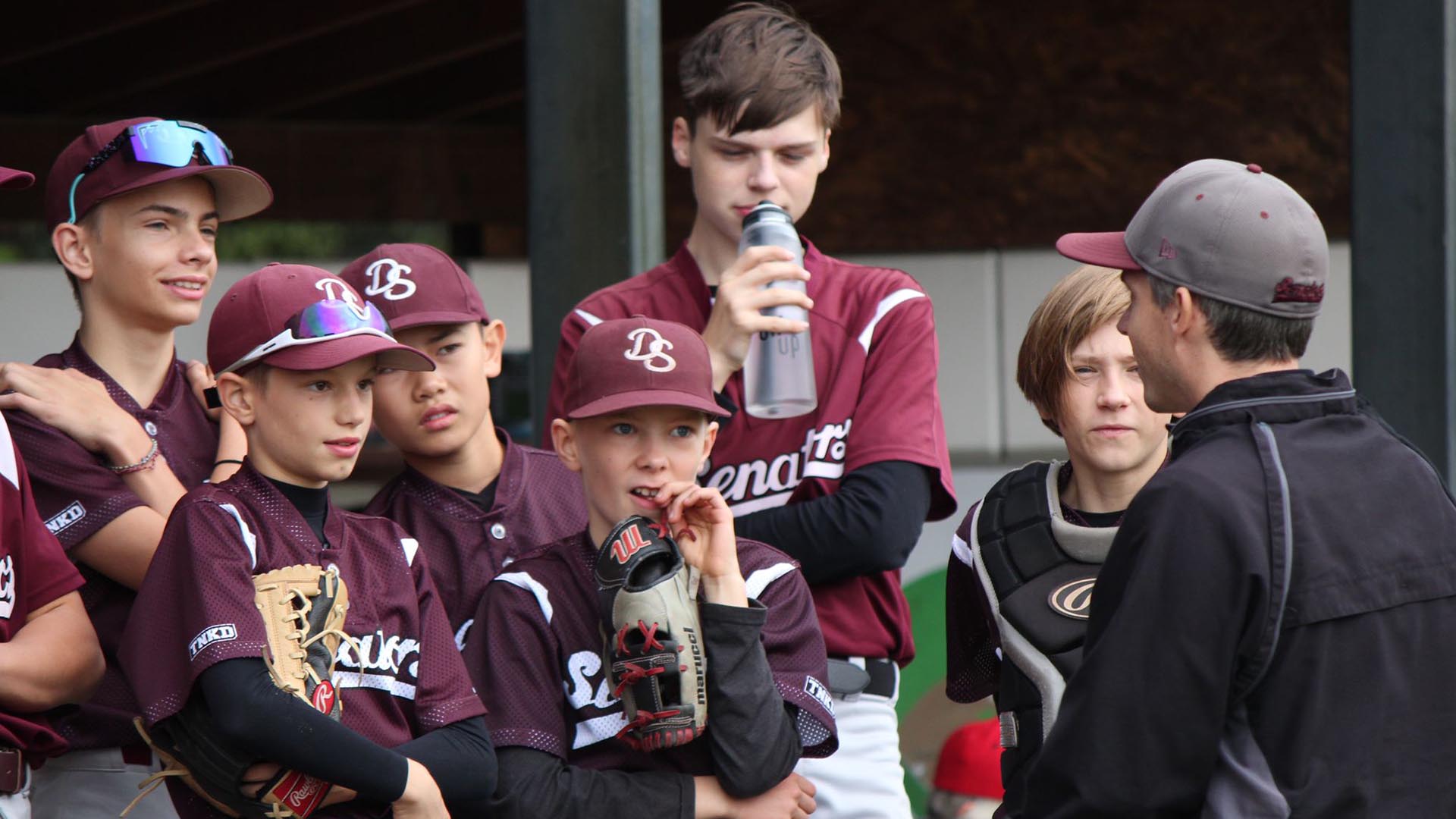 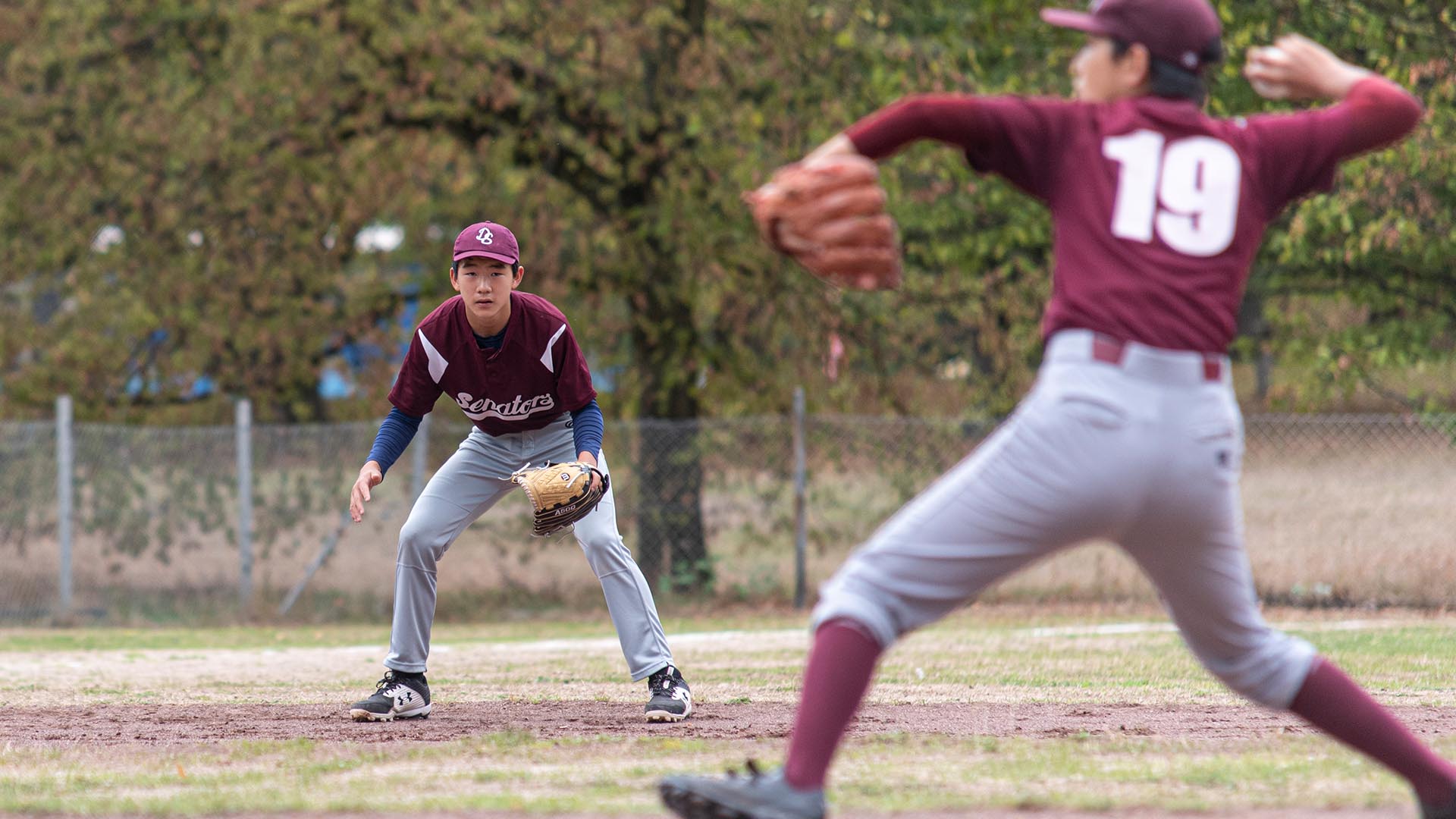 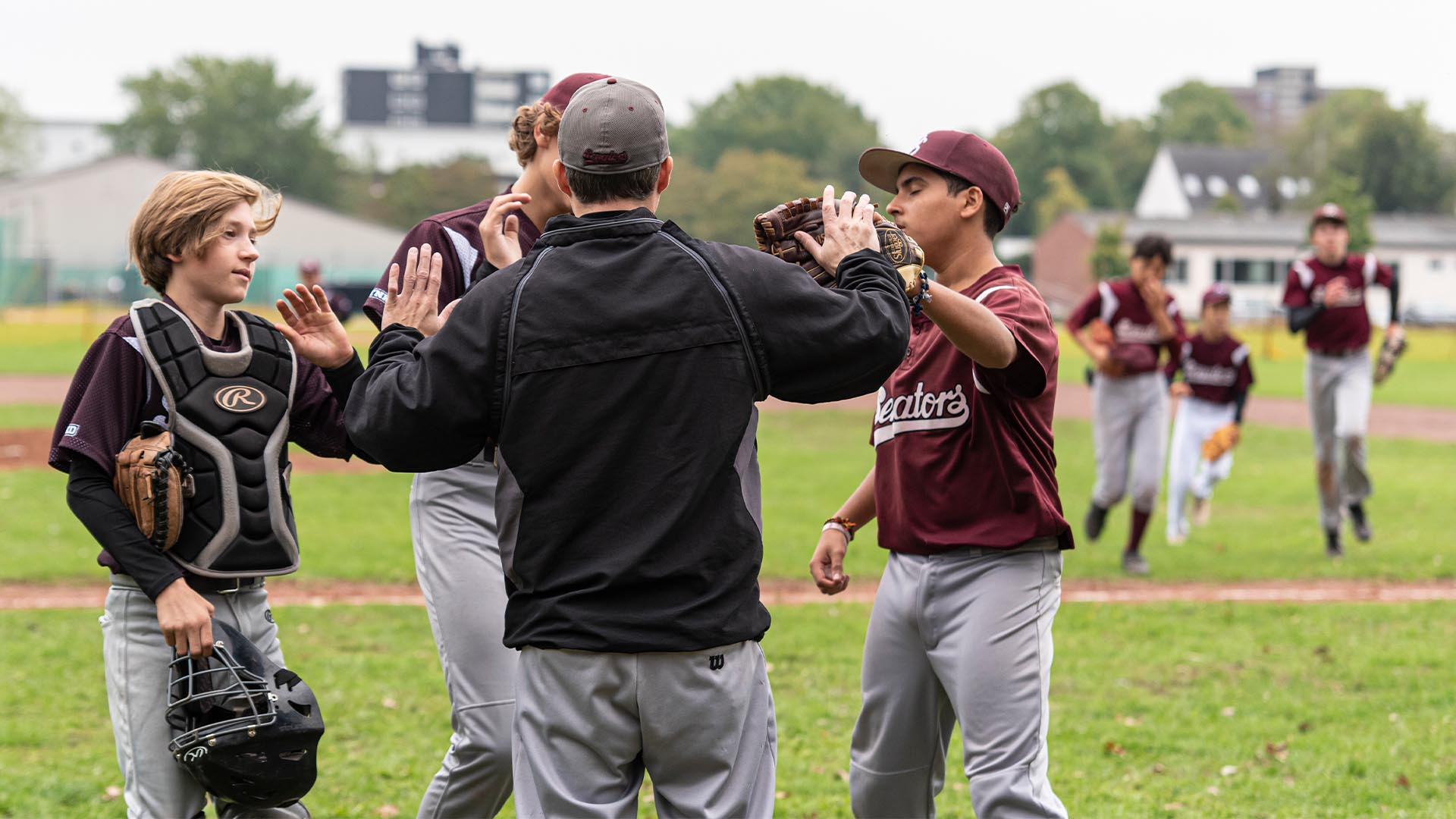 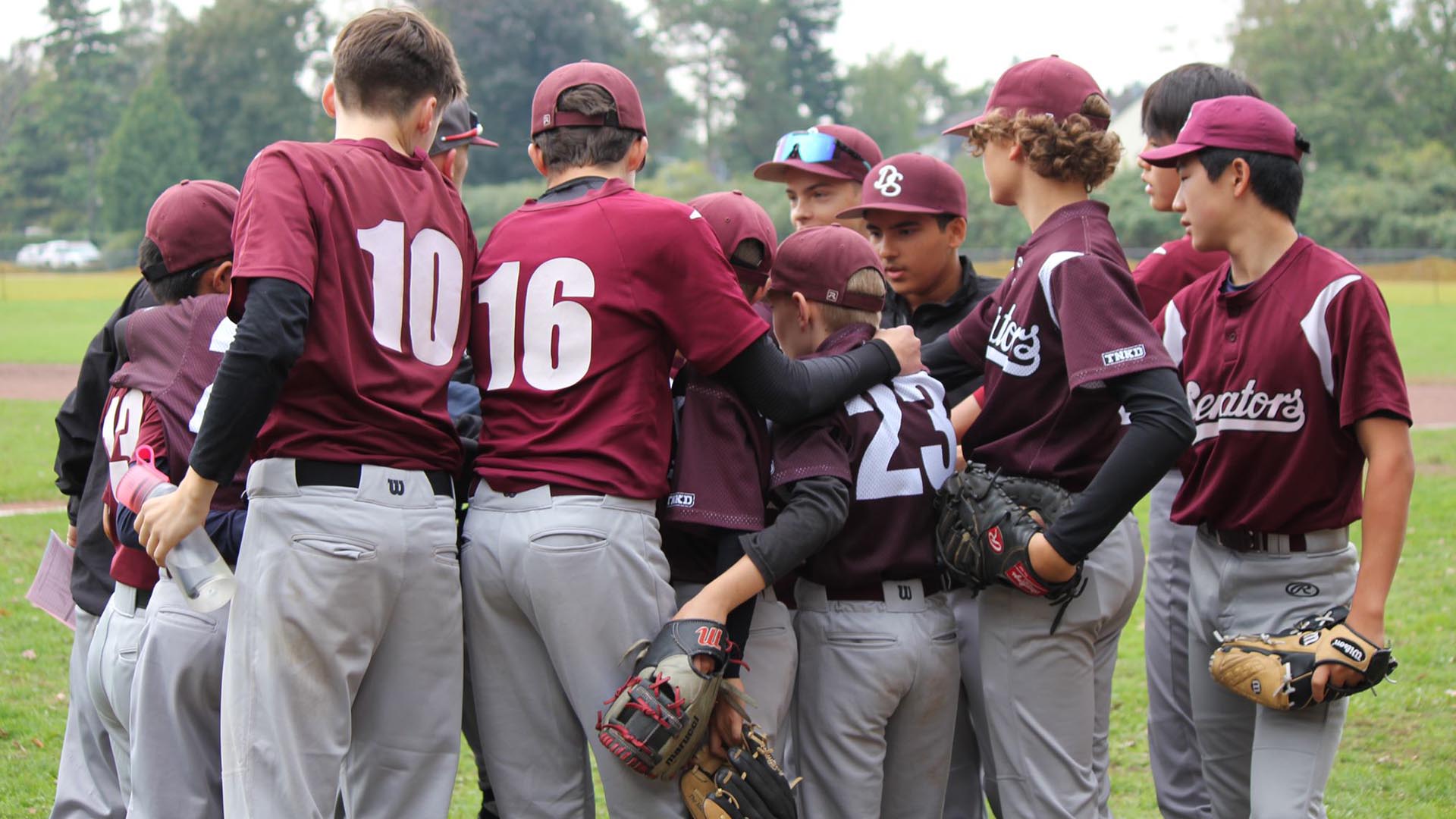 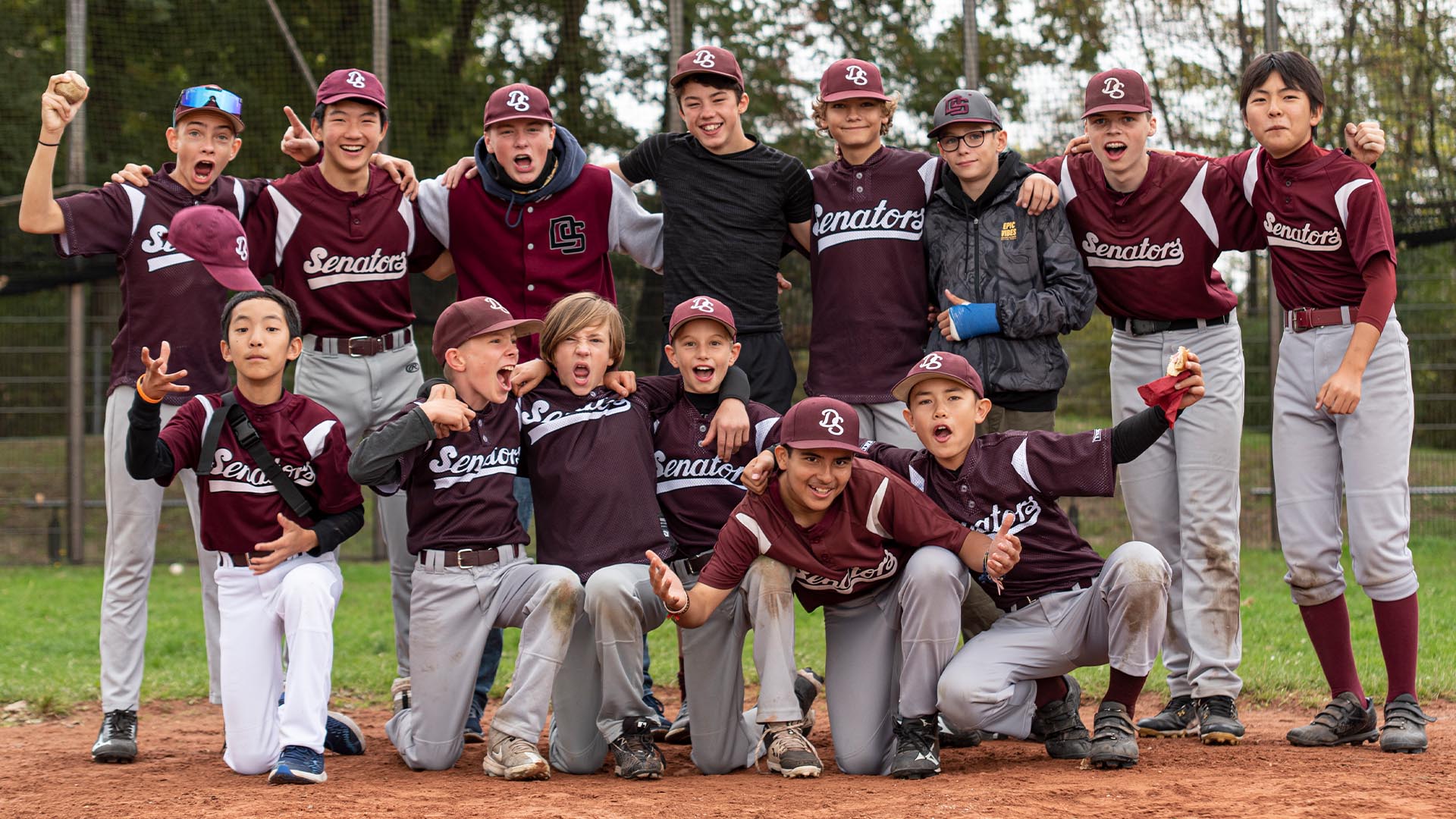 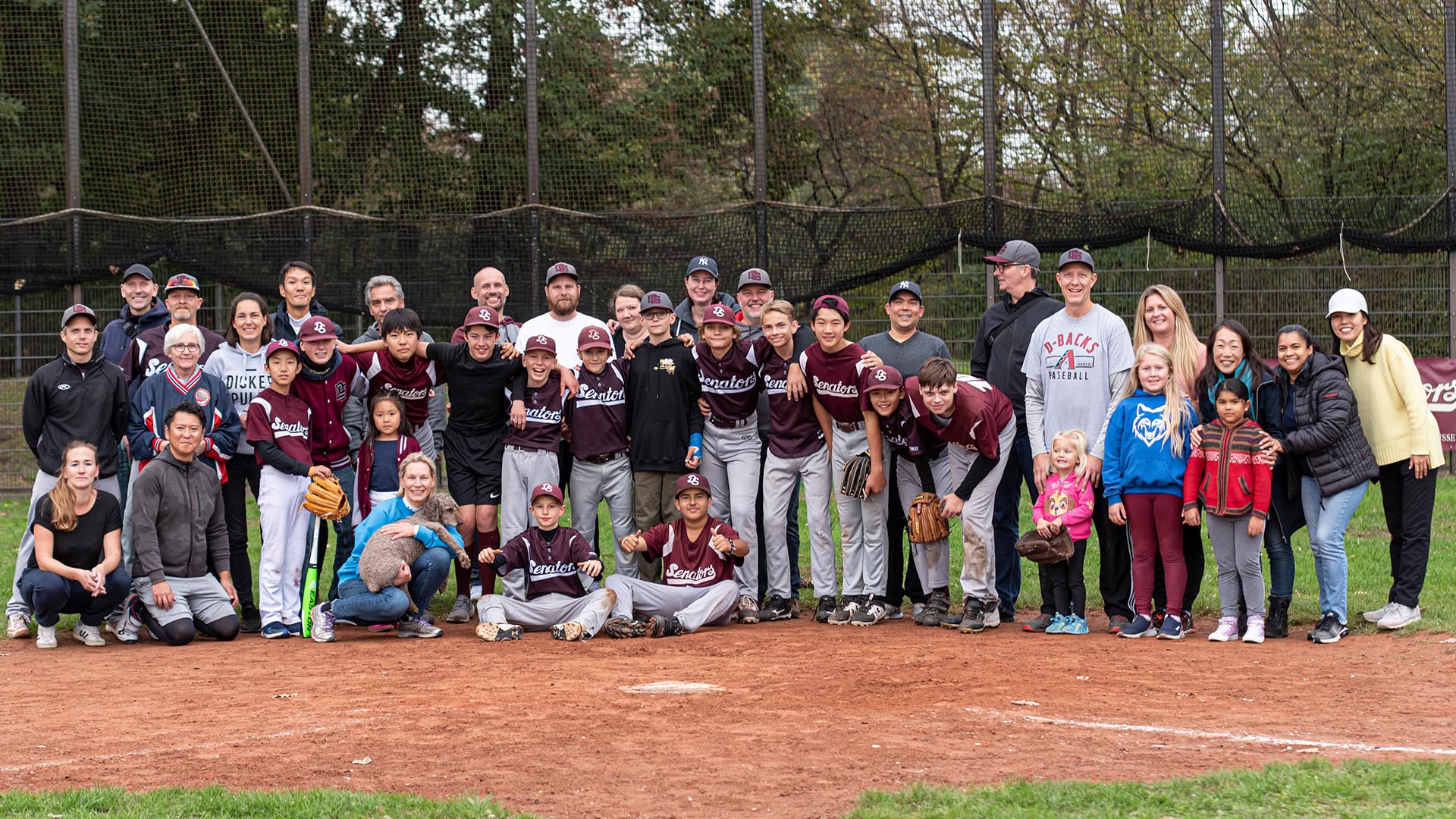 Take a few eleven-year-olds, some relatively new 15U players and a manageable number of experienced players and form an additional U15 team from them, to compete with Cologne, Bonn and Paderborn in the NRW league. Sounds doomed? Maybe… or just great games with very good opponents and baseball at a high level.

All the players and parents were spoken to beforehand to see if the children in particular could imagine that, knowing that in the worst case scenario they could loose all games. And the approval was unanimous.

And what can we say, looking back? It was incredible to watch these children play. They were not just a team on the field, they learned more and more and implemented things that the coaches passed on to them and showed them. Sure, mistakes were and are still being made, but that’s ok too, considering that the average age is about 2 years younger than the other teams.

As the season progressed, the team grew to include even more children. A mix of Japanese, American, English, Ecuadorian and German children not only made the training more lively, but also more varied. Language barrier… never heard of it. Head coach David Boll and his team simply held the training sessions in two languages ​​and the children did the same. Yes ok, our foreign children were also taught a few harmless swear words in German, but that is part of it! 😉 A wonderful side effect with our foreign players was that the dads of these children are now an incredible help in practice and games. They show tremendous dedication, are respectful towards each kid and the coaches, and always show us their love for baseball. What the entire coaching team has achieved this season was indescribable and you have to tip your cap to them, that every single practice session was carried out with a lot of love, discipline and organization.

A big thank you goes to the parents who helped out with the catering. Be it with delicious snacks (cheers to the cheesecake that is always available 😉 ) or with quick help with assembly and disassembly. And thank you for a great parent-kids game, which caused some mums and dads to ache, but was great fun.

No kid needs to be singled out on this team. You win as a team and you lose as a team. And these guys are a team of different backgrounds, different ages and different skill levels. They’ve shown what they’re capable of and that’s not all. We don’t know what next year will hold in store for us, but they proved their presence and are taking small steps toward serious competition within the next few seasons.

And by the way… our children won three games out of twelve double headers.