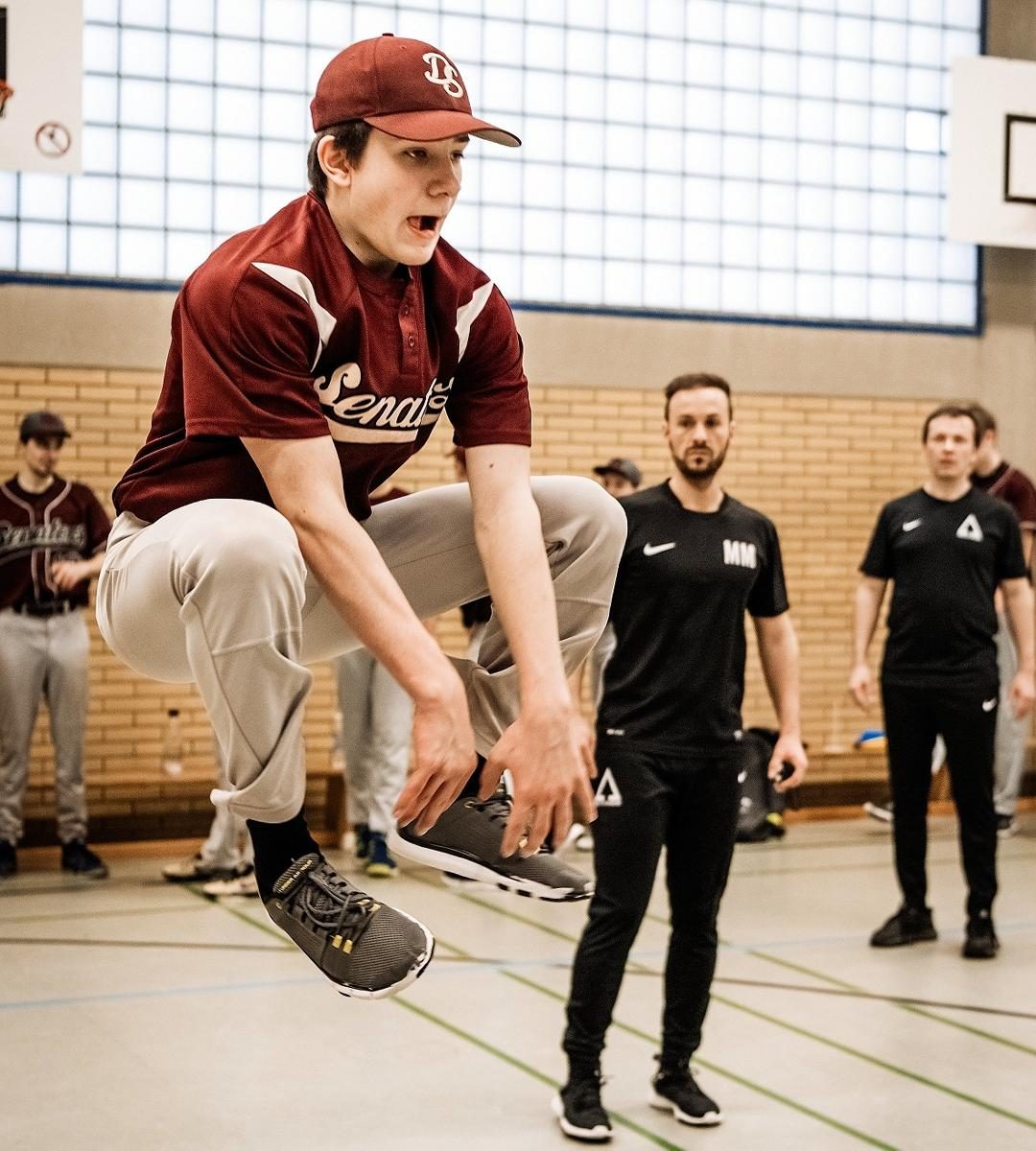 Düsseldorf Senators work together with the ATHLETIK AKADEMIE. Cooperation stands. Towards high-performance sport.

After the successful 2019 season, the plans of the Düsseldorf Senators baseball players for the 2020 season are already in full swing. The goal of the 1st men’s team to play in the upper part of the 2nd Bundesliga is now being approached very specifically. According to the slogan “BE AN ATHLETE”, the baseball players have now entered into the long-term cooperation with the ATHLETIK AKADEMIE, which has long been desired and desired by both sides. Under the professional guidance of the ATHLETIK AKADEMIE, the athletic aspects of the training are specifically reinforced. Here concentrated professionalism and power are in the foreground. With this innovative cooperation, which is probably unique in German baseball, the strengths in the athletic area are further developed in detail and considerable increases are brought about even before the start of the season. It is thus possible to optimally prepare the individual players for the new season. Under the direction of the coaching staff of the ATHLETIK AKADEMIE there is an increase in motivation and thus the overall performance of the team. The Senators are clearly moving in the direction of (high) competitive sport, because the goal is: 1. Bundesliga.