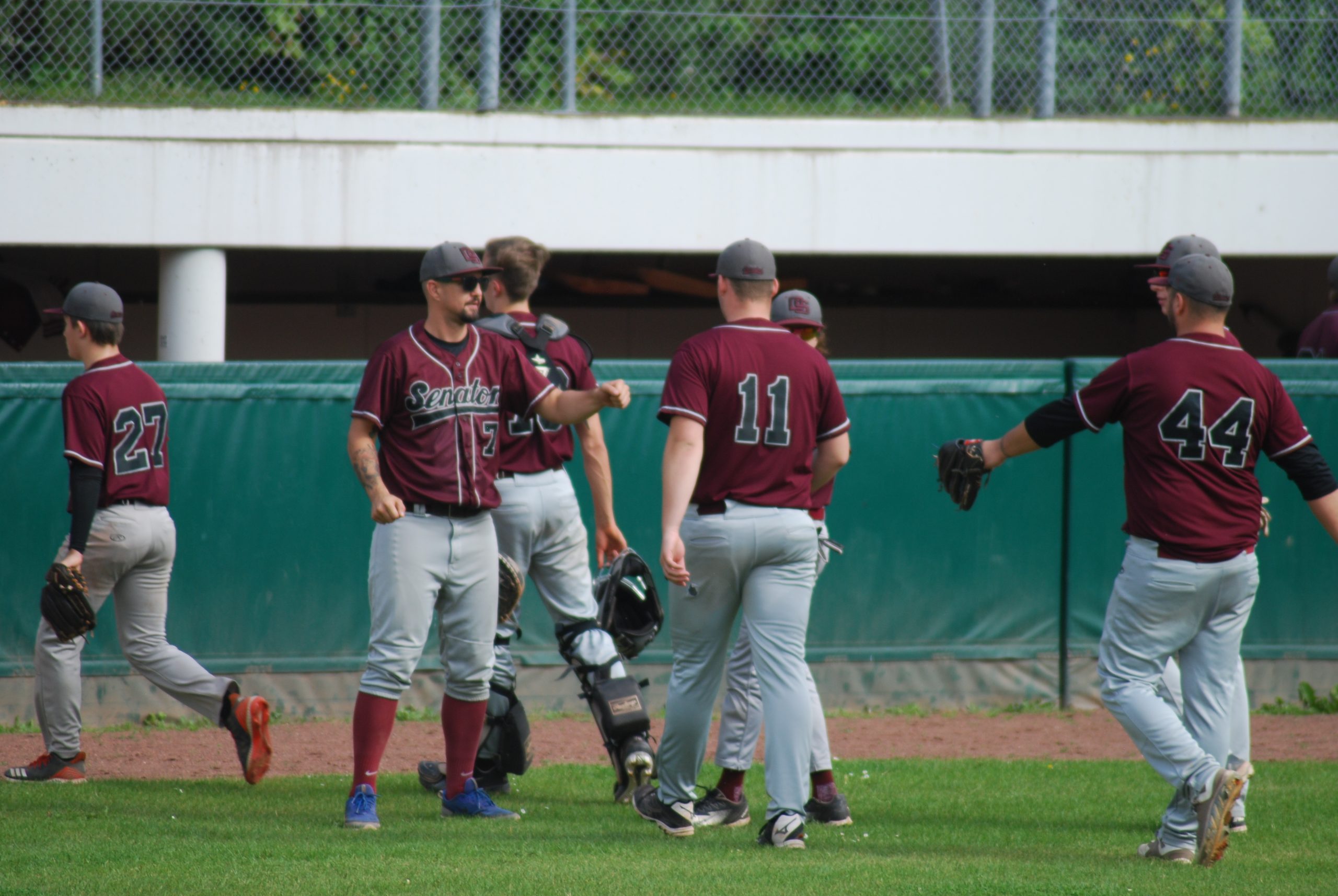 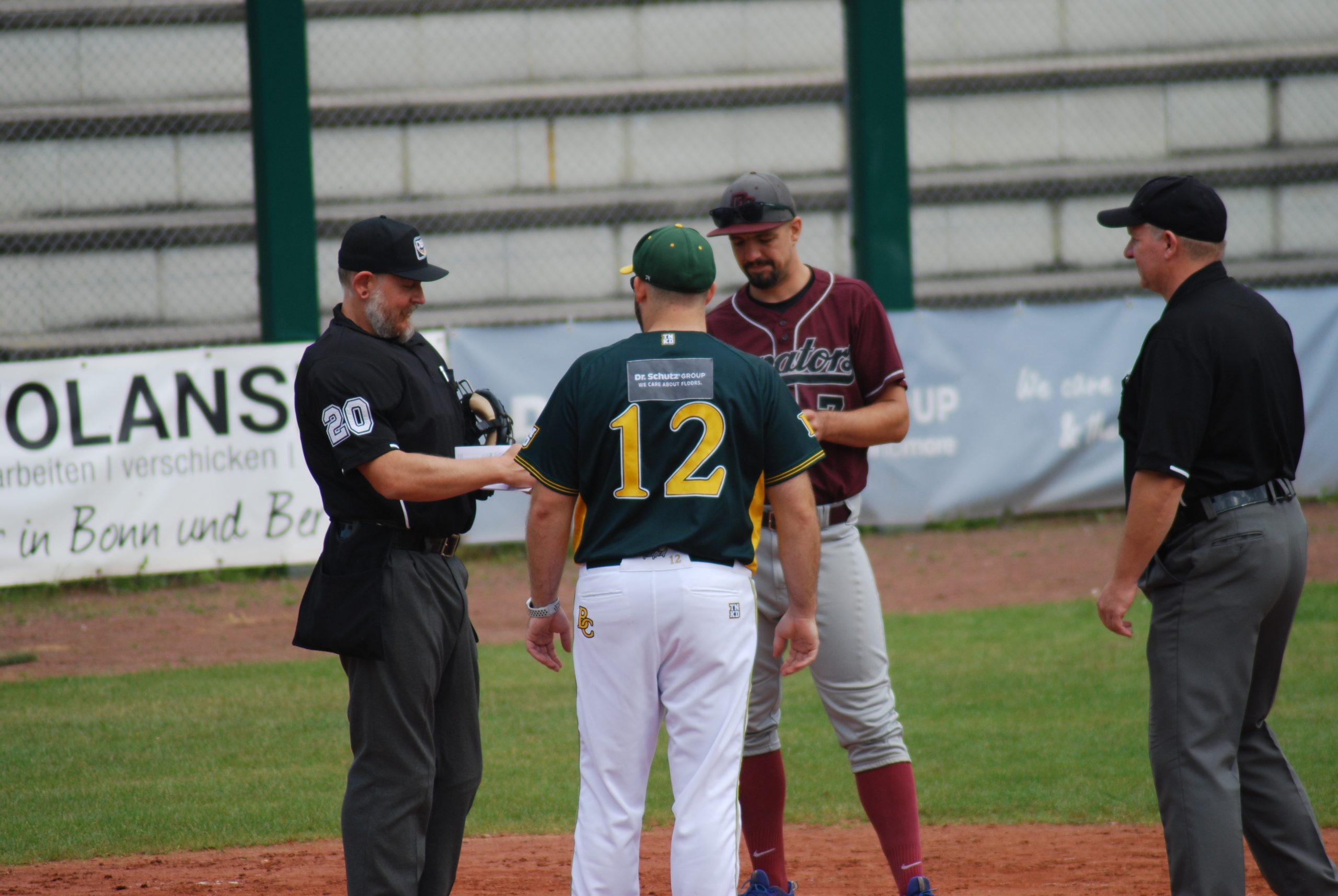 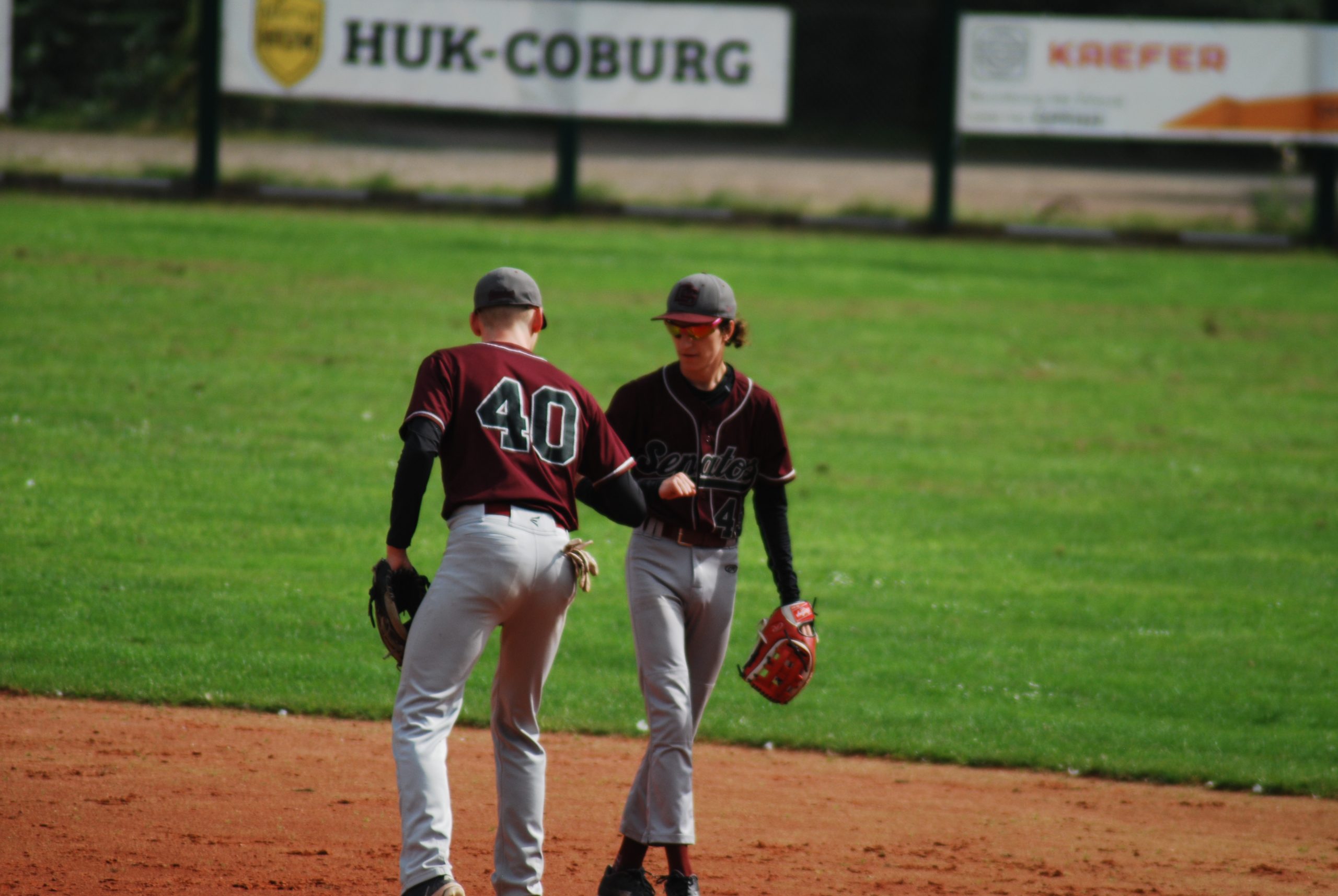 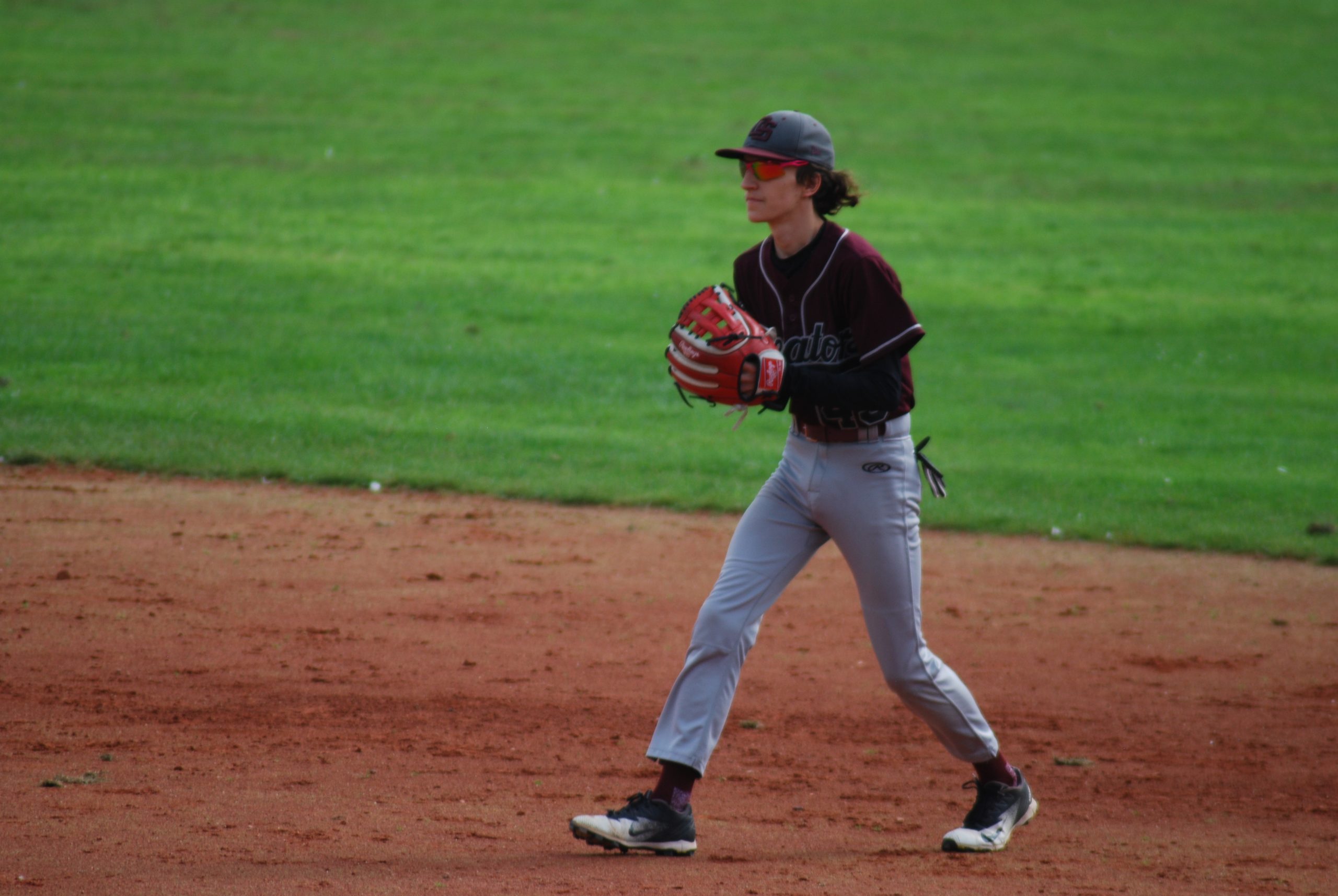 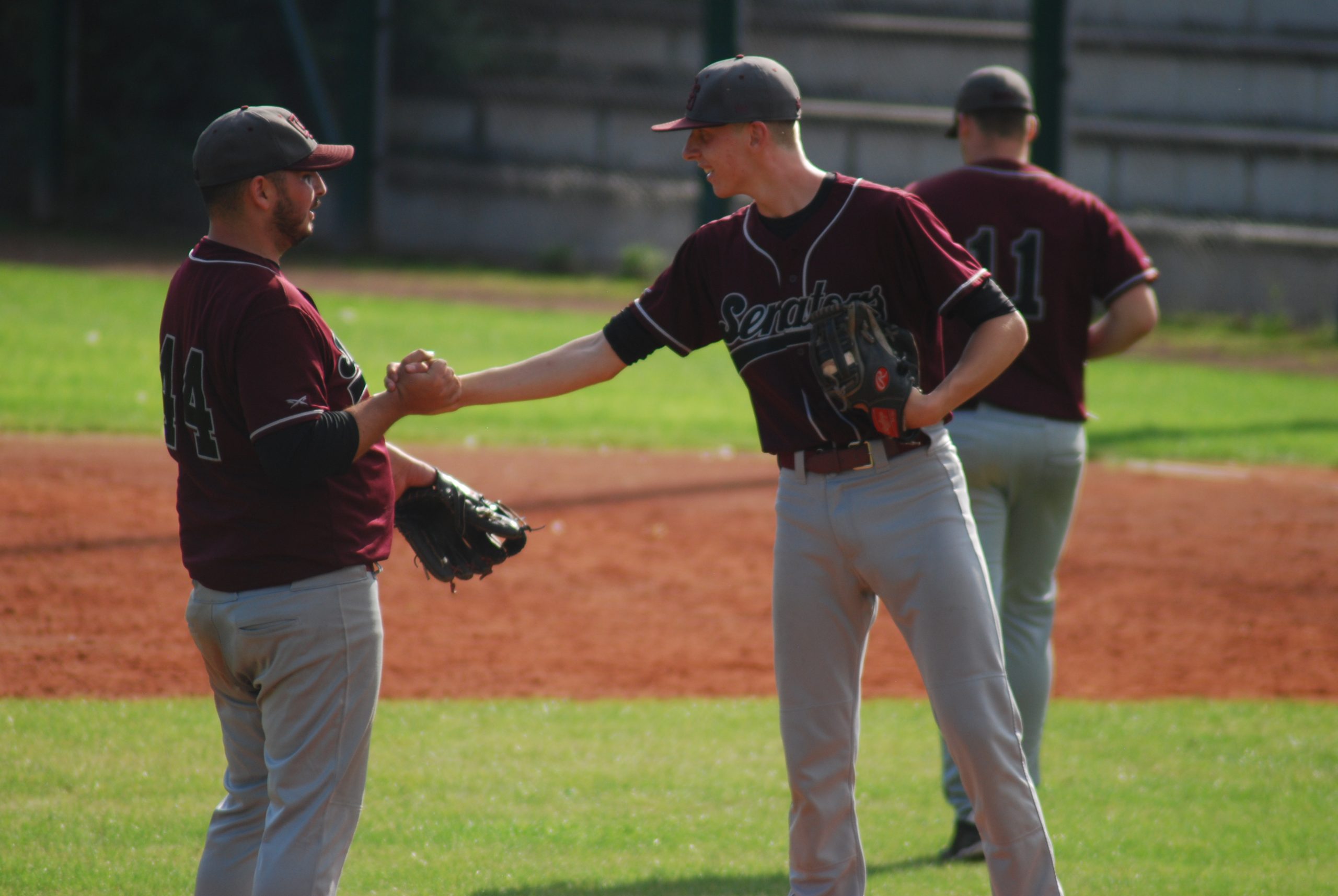 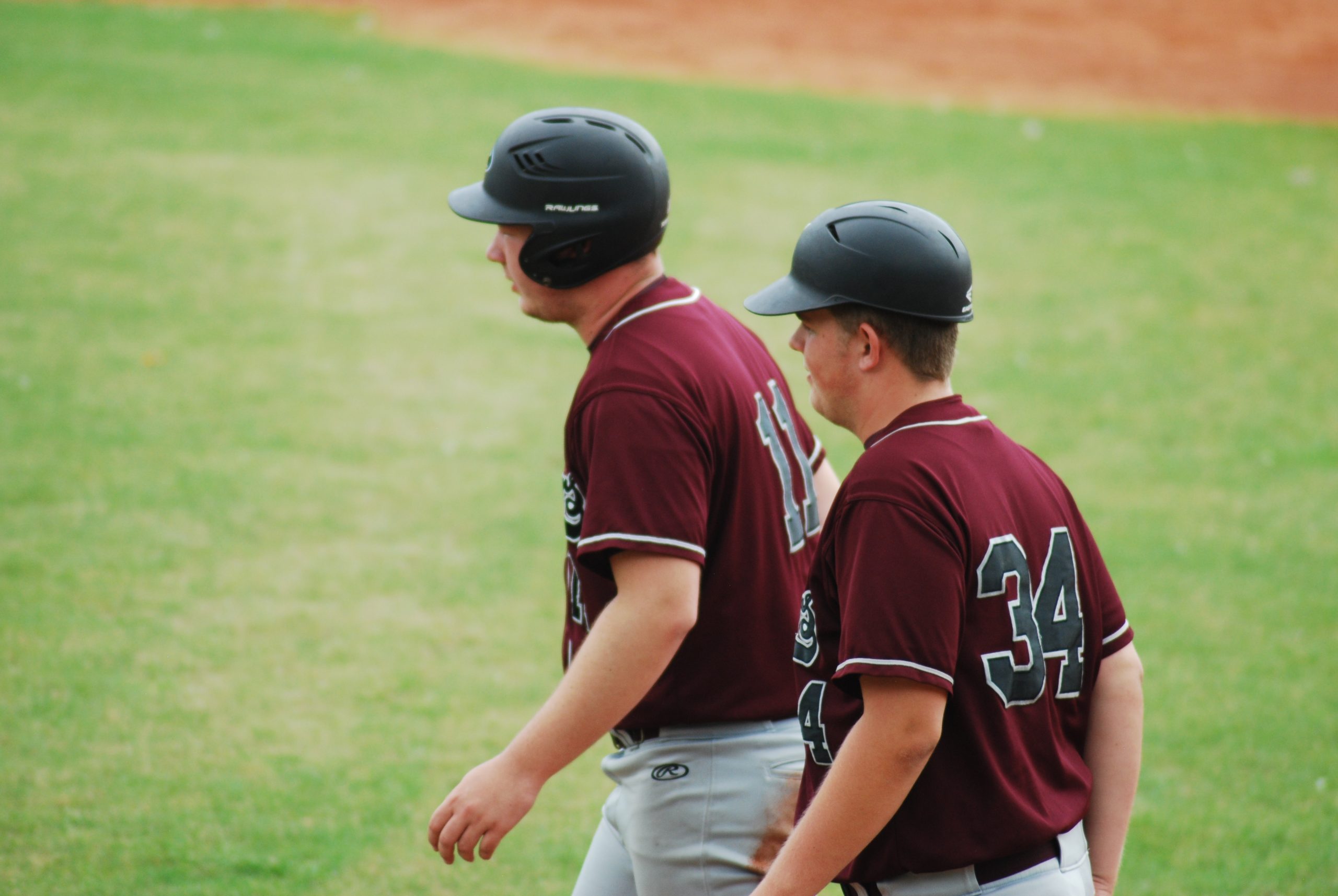 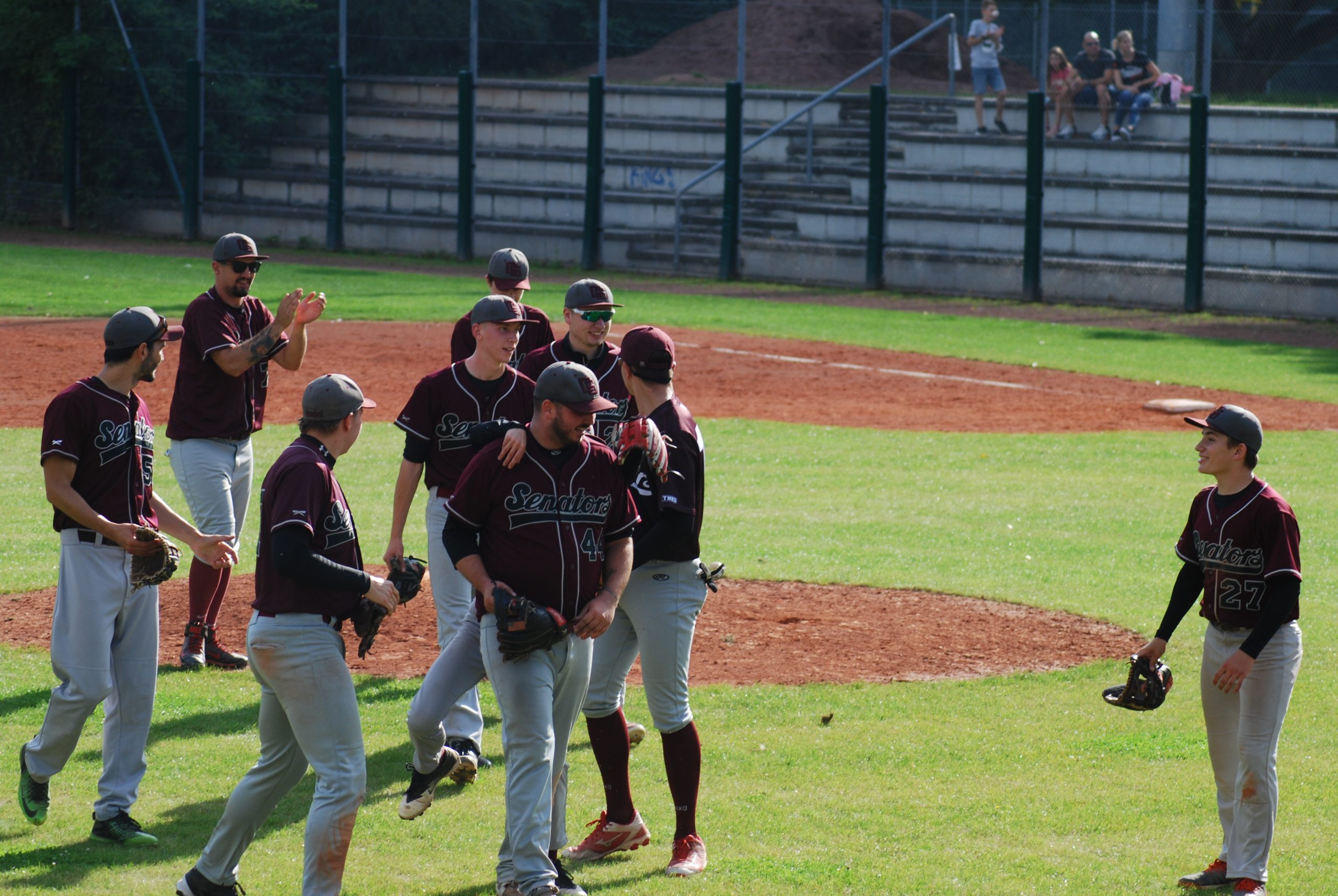 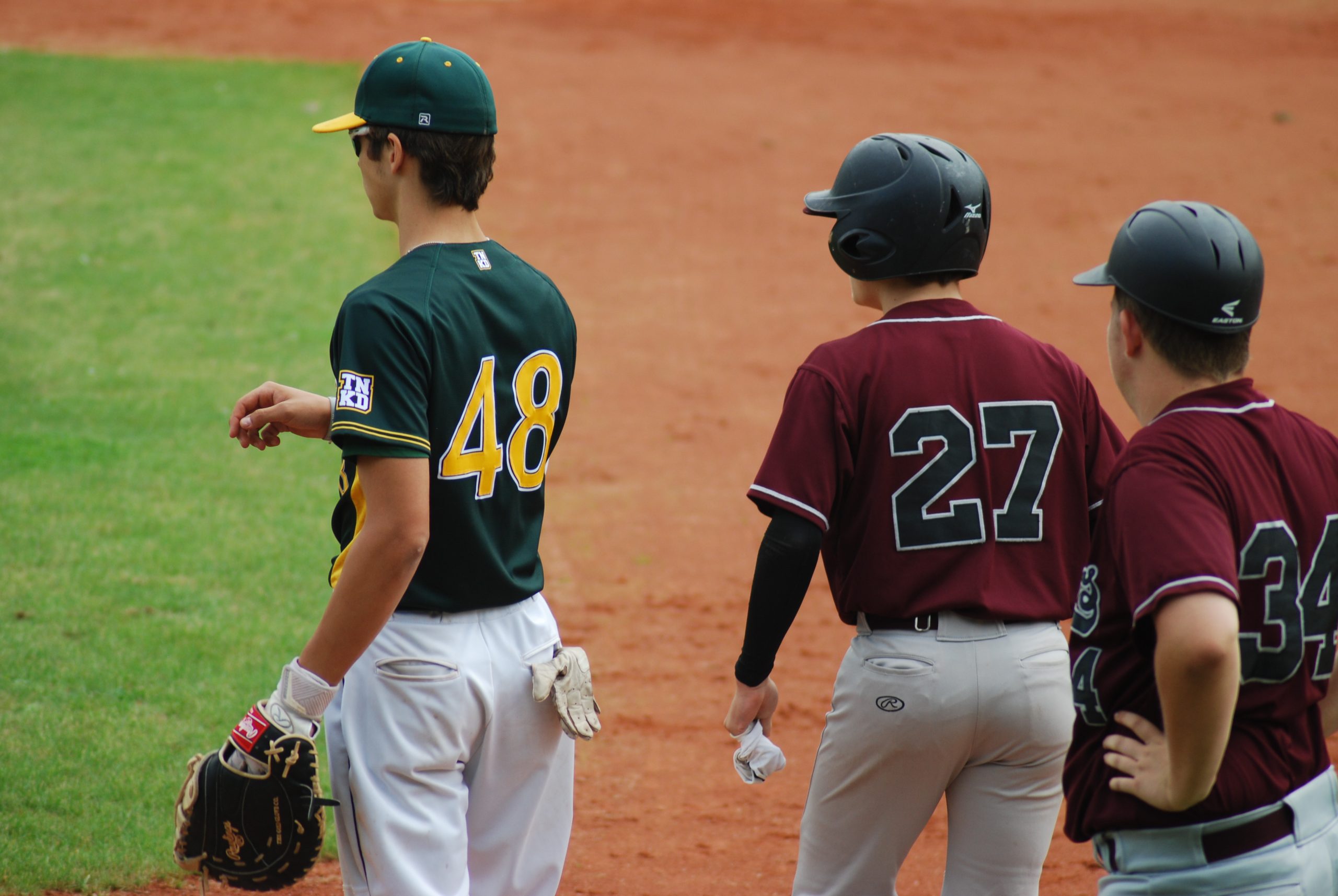 In the best baseball weather, the Senators traveled to the Rheinaue in Bonn to see the Capitals for the first of two playdown game days. Anyone who expected less impressive games because of this was quickly proven otherwise.

Even before Play Ball, a look at the lineup cards revealed what an exciting spectacle was to come. National pitcher P. Schmitz started on the Bonn side off the ball and Anton DeAngelis took to the mount for the guests. Within only 1 1/2 hours, the two delivered a well balanced, incredibly exciting pitchers duel, which afterwards only left 3 hits on the scoresheet. With just one hit and 9 strikeouts, the 18-year-old from Düsseldorf kept his teammates in the game until the very last inning.

Even if it was possible to get the ball into play here and there on the offensive, this was rather an exception. With 12 strikeouts, the Düsseldorf team was no match for the exceptional young talent on the bump for the Capitals. The Senators could only record a second hit off of the Reliver, who was put in in the last inning.

The result was a quick but entertaining first game which went 2-1 to the hosts from Bonn.

In the second game, the Senator’s head coach relied on Marius Wilzcek. This rather unusual decision (Marius’ statistics only included Relieve and Save Appearances up to this point) quickly paid off when he followed the example of his teammate from the first game. He also only gave up one hit to the Bonn team and added another 8 strikeouts to his statistics.

The pitching of the capitals did not disappoint either in the second meeting of the day. With N. Lindt, the Senators met an energetic left-hander who, thanks to his pick-off move, not only caused difficulties on the plate for the guests. Nevertheless, the lineup from the state capital was able to get more runners on base than in the previous game, which also led to a tie after an early lead of the Bonn team. However, when the pitcher was swapped in the 6th inning, the Düsseldorf offensive also seemed like new. In a matter of minutes the bases were loaded with just one out. Patrick Mohr, who was able to convince more on the defensive than with his hitting performance throughout the season, sent the first pitch into centerfield and brought the 3rd Base Duguout to life with the following 2-RBI single.

Even if it was not possible to get more runs across, the Senators went into the last inning with this 3-1 lead. Meanwhile, 18U player Leon Stölzel was on the mount, who started many games for the 2nd Bundesliga team of the capital city in 2021. He also mastered the situation late in the game, which was unusual for him, with great success and confidently sent the Senators back to Düsseldorf with a 3-1 win.

We would like to thank the Capitals for a great, exciting baseball day in the Rheinaue and look forward to upcoming games next year.

The unit from Benrath is now looking forward to their next game against the Nightmares from Neunkirchen, who will travel to the Südallee for the last game of the year on september 5th.