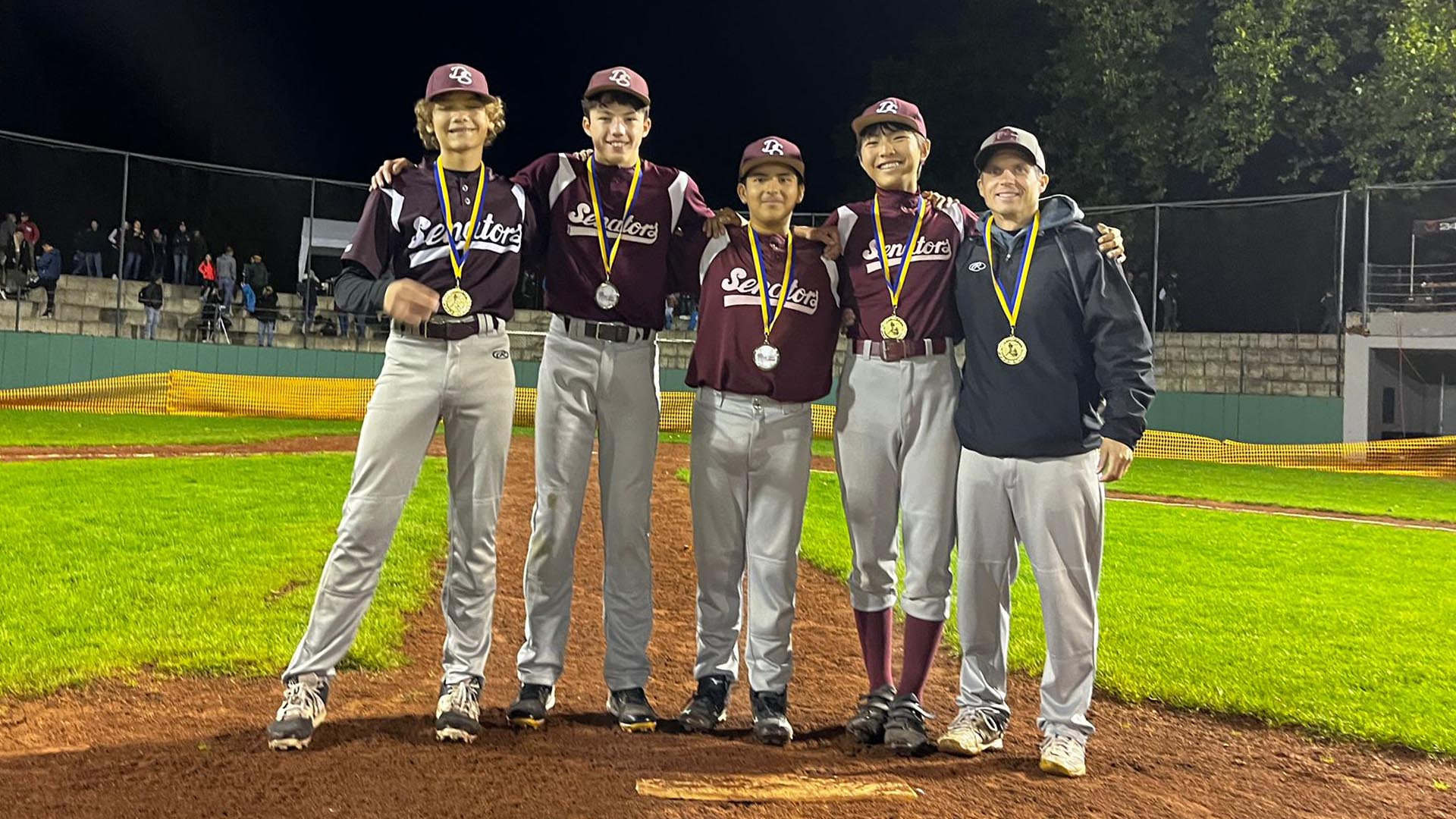 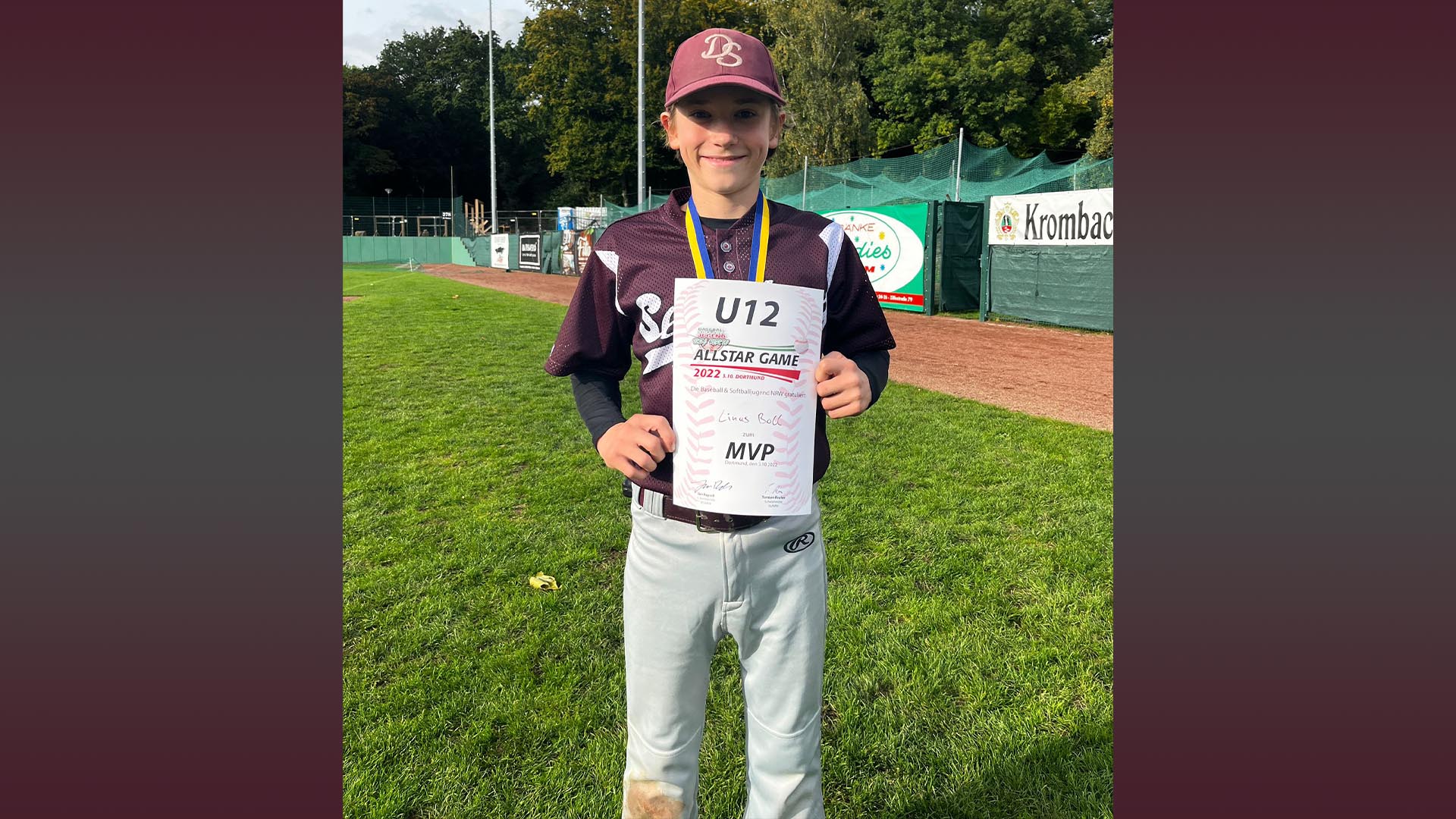 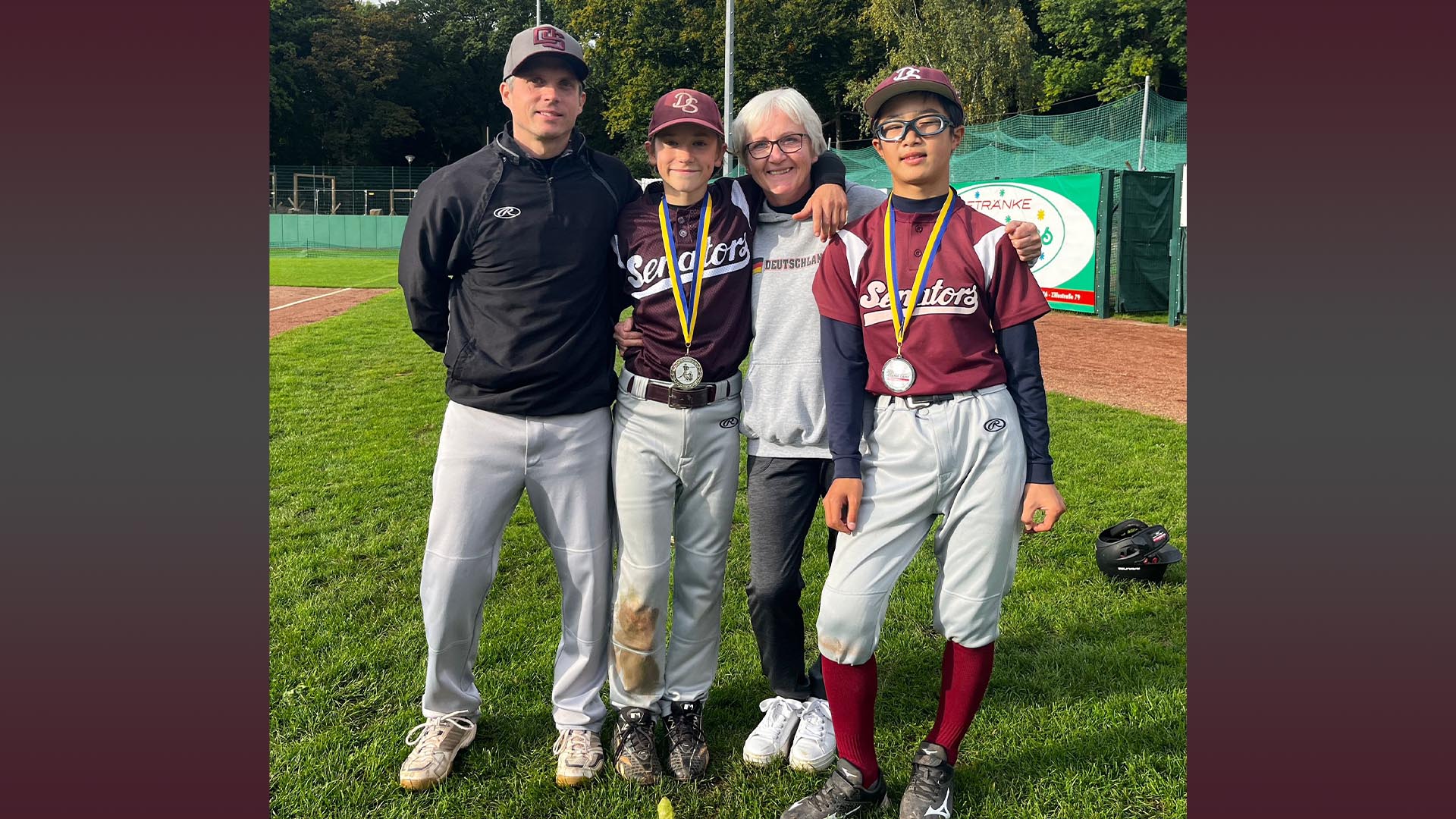 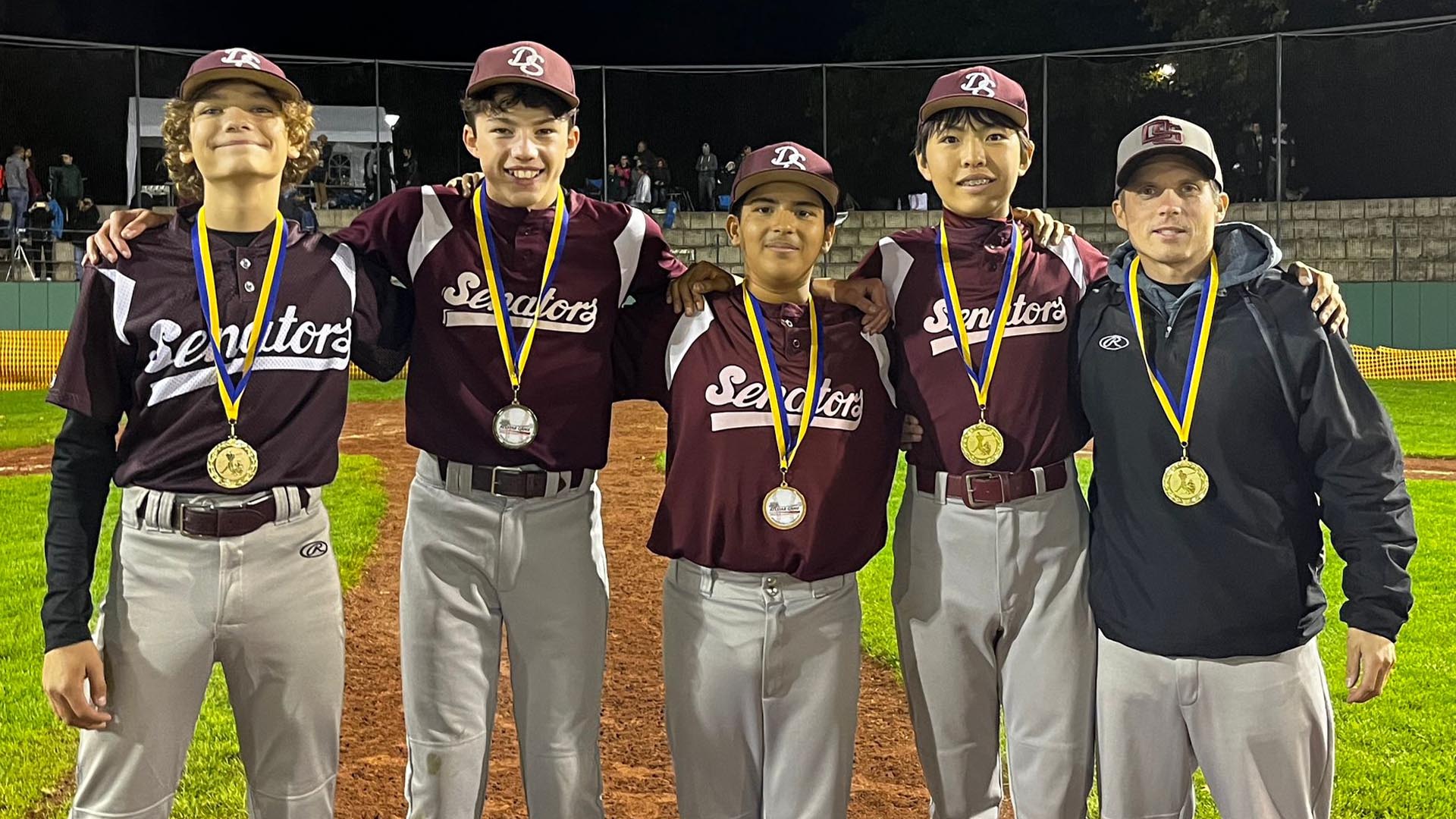 Double success at the Allstar Weekend 2022

On October 3rd, 2022, the day of German unity, the traditional All Star Game of the 10U, 12U and 15U took place in Dortmund.
A season enclosing event which unfortunately had been canceled in recent years.

Massa and Linus were able to haul in the win for their team in a very exciting game together with players from the Bonn Capitals, Kottenforst Saints, Ratingen Goose Necks, Krefeld Crows and Neunkirchen Nightmares.
Massa proved himself at 1st base and in the outfield. He was also able to help his team win with a good hitting performance. Linus played as a catcher, at 3rd base and as the closing pitcher. He showed an outstanding defensive performance on all three positions. Through several good hits and clever base running, he had not only won the game, but also earned the award for MVP (Most Valuable Player) of the game given to him by the tournament organizers.

At 5:30 p.m., the 15U started their All-Star Game. Olli, Paul, Sakuta and Damiano were also able to win together with players from the Wuppertal Stingrays, Dortmund Wanderers, Hagen Chipmunks, Verl/Gütersloh Yaks, Paderborn Untouchables and the Witten Kaker Lakers.
In an exciting and hard-fought game, all four players showed their skills. Paul Wolf played in center field and impressed at the plate, including a home run over the right field fence. Oliver Hanisch was able to convince with two good hits and a stable defensive performance at first base, which he has come to be known for. As usual, Damiano Cortez-Rodrigues played safely on 3rd base and also showed his skills at the plate and on the base path.
Sakuta Tusbuko was able to showcase himself at three defensive positions, as well as with the bat in his hands. With a very good performance as a shortstop, catcher and last but not least as a pitcher over two innings, he played a big part in his team winning the All Star (Night) Game.

For all participating players, parents and spectators it was a really successful baseball day with the best baseball weather.
Thanks to the hosts and organizers for this great day.