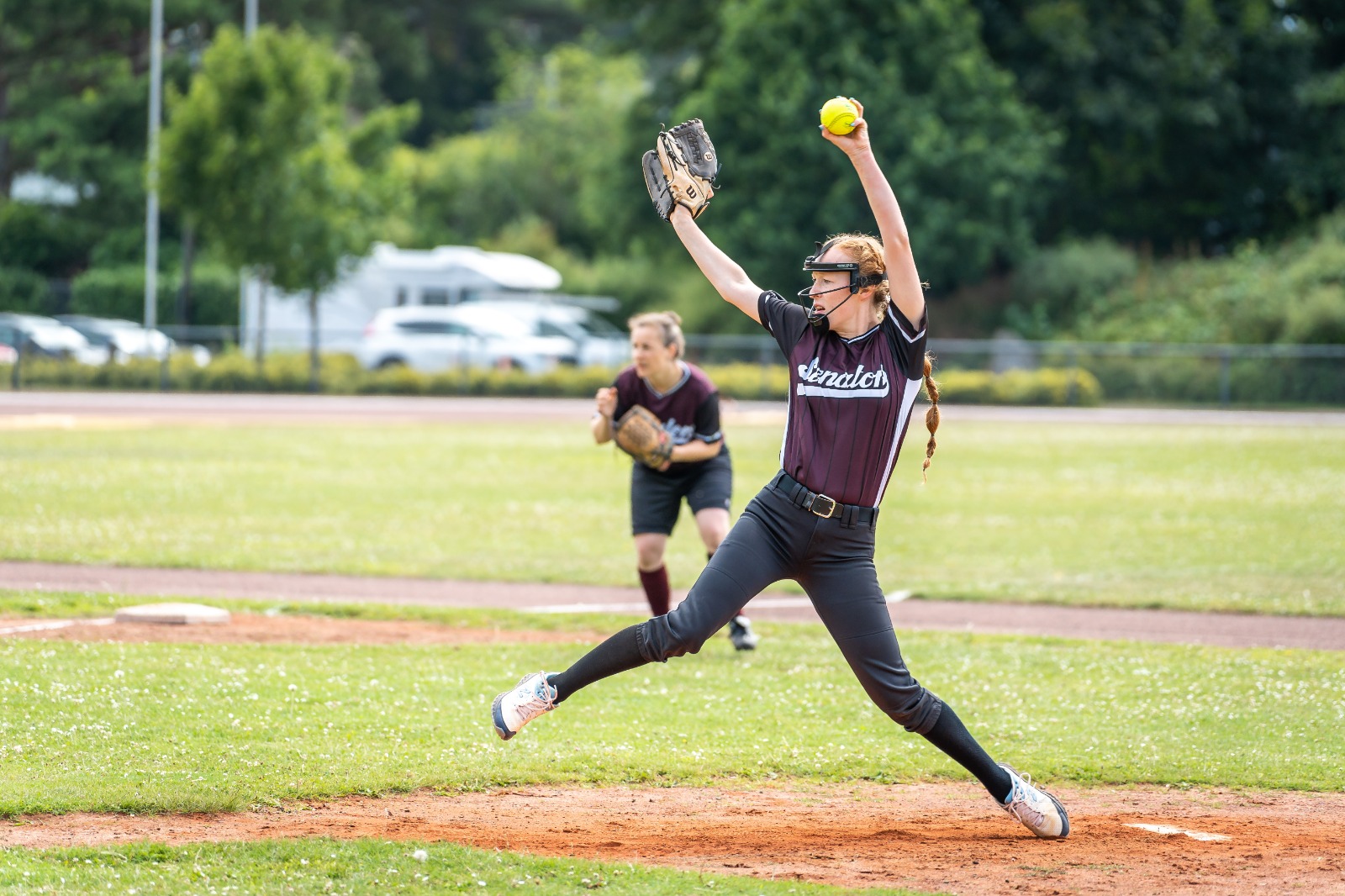 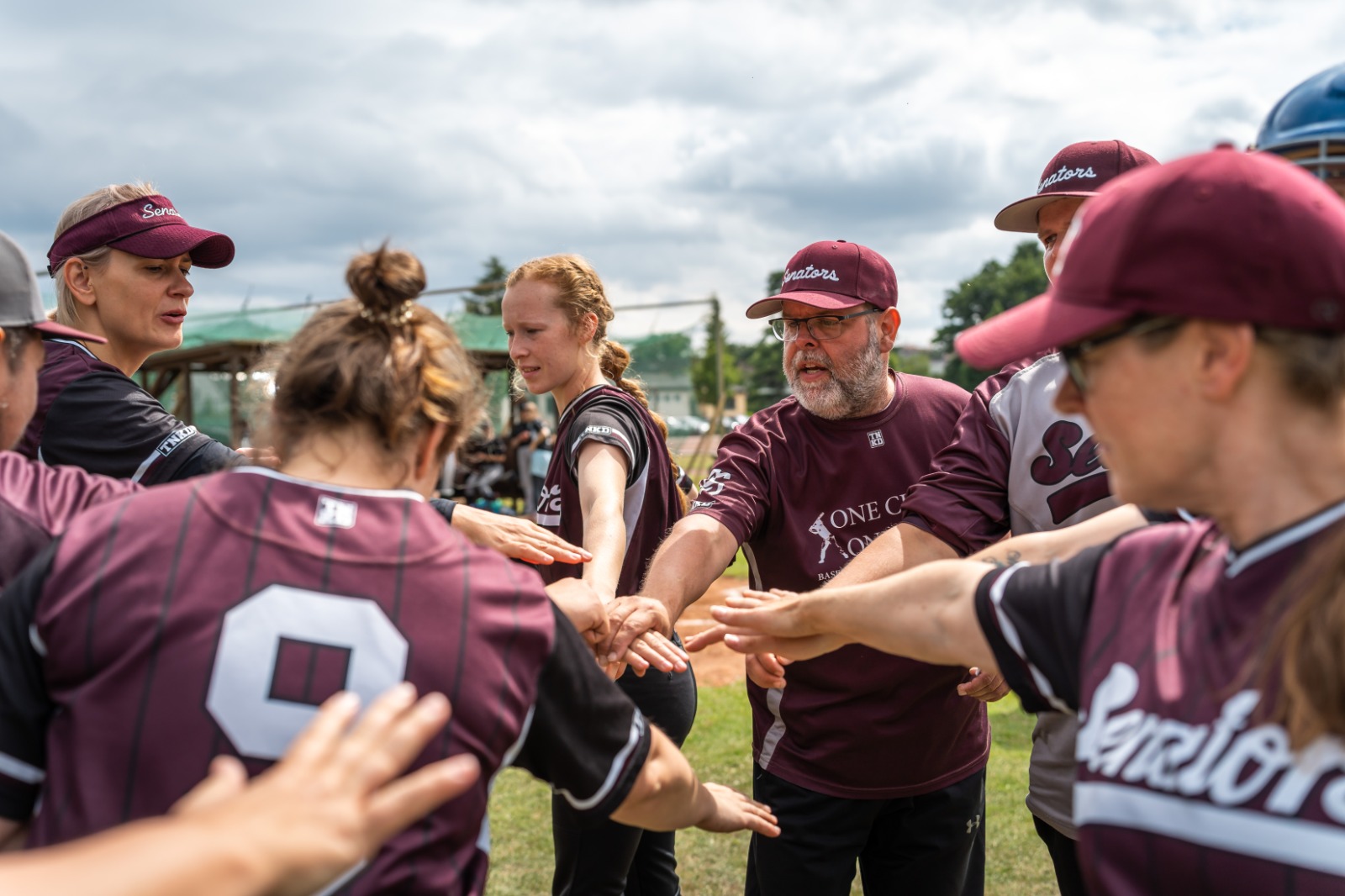 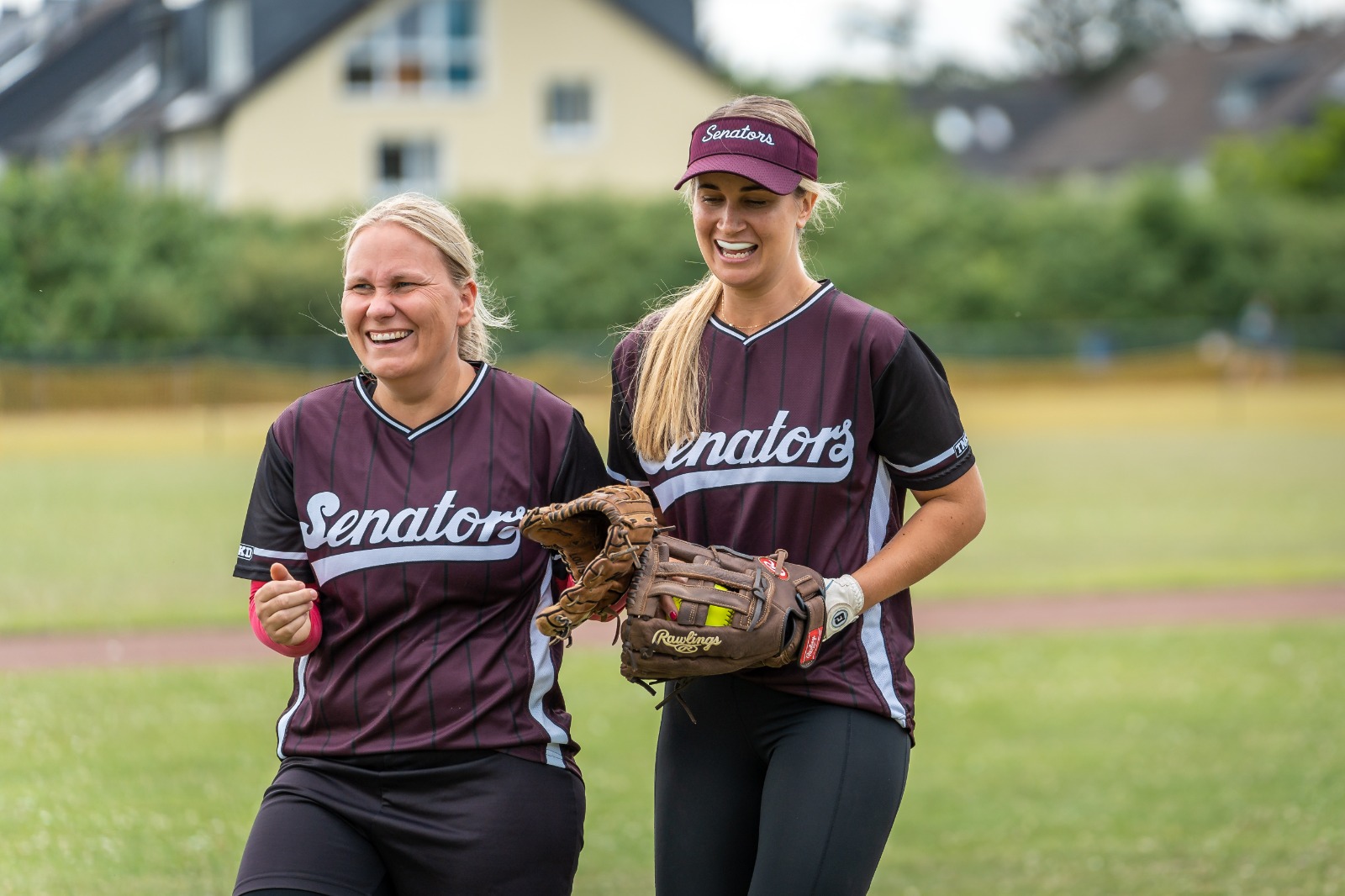 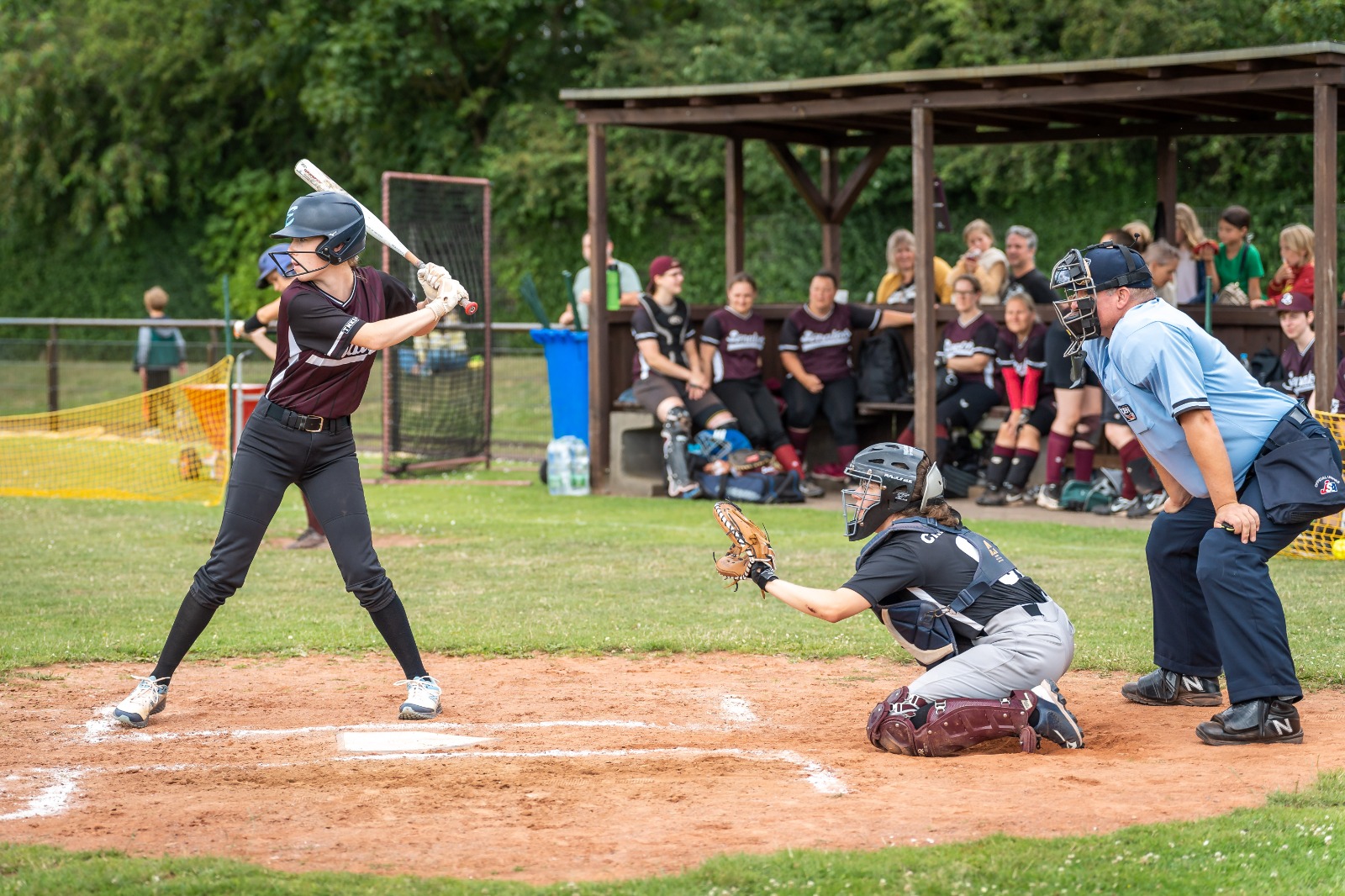 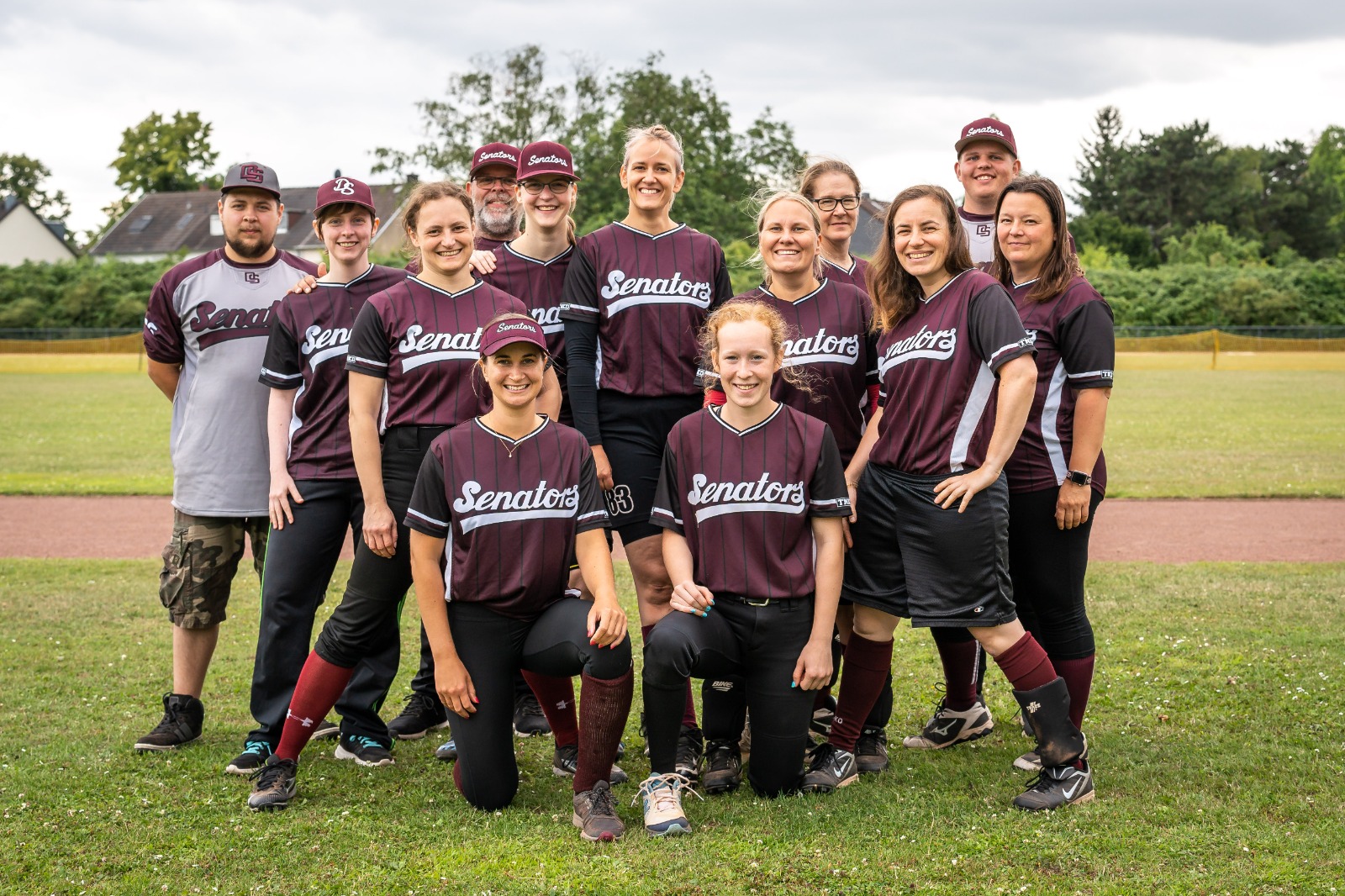 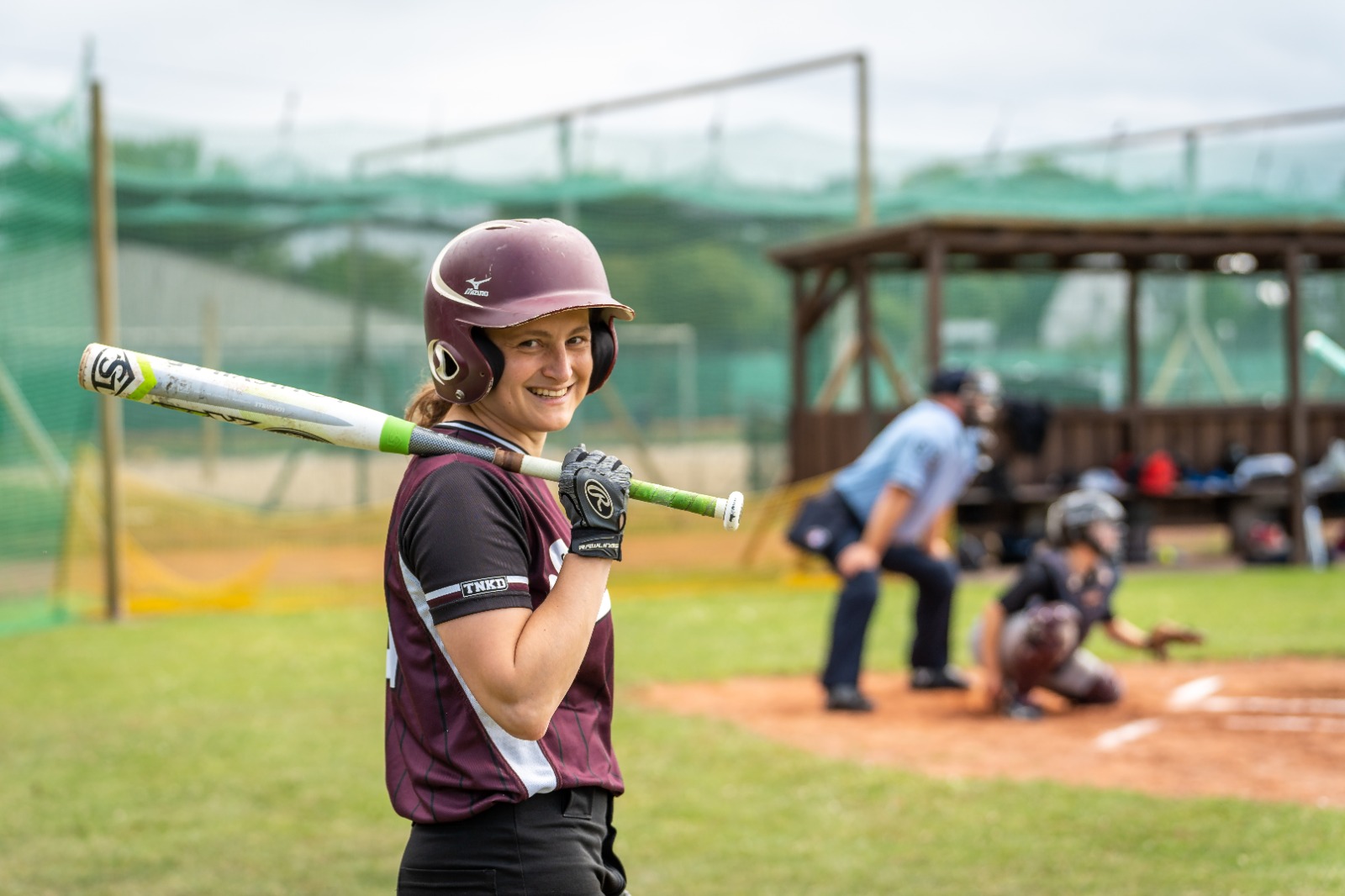 This past Sunday the ladies of the Düsseldorf Senators and the Aachen Greyhounds met for their second encounter out of their three game series of the year. The head to head comparison going into the game could not have been more different, as the Senators emerged victorious from their last two games, while Aachen was still waiting for their first win of the season. An undertaking that was to become all the more difficult on this day, since the ladies were allowed to welcome back Lina Schwippert to the team after a little over a year. Lina, a LHP from South Carolina, with roots in Düsseldorf, showed her class right from the start. Three K’s were noted on the score sheet.

The Senators, on the other hand, showed the nearly 30 spectators their continually progressing form at the plate and went into the second inning with a 5:0 lead. However, anyone who thought that things would continue in exactly the same way was quickly taught otherwise. The Aachen Greyhounds put up a fight and worked long at-bats against the young left-hander. They were also better on defense from then on and contributed to the highlight of the day with a 6-3 double play.

But it wasn’t enough for the first win of the season that day. In the end, the Senators scored again and extended their winning streak to 3 with another 3 runs in the 5th inning. It was 10:0 after a good 78 minutes of play.

“It wasn’t as obvious as it looks,” head coach Frank Mohr said after the game. “I have a lot of respect for the Greyhounds and I’m sure we’ll have to fight even harder in the final meeting to beat this young and improving team.”

13 hits, 6 of them for XBH, were recorded in the Düsseldorf Box Score . Something the coaches can certainly be happy with.

We would like to thank Lina Schwippert (2 hits 2B, 3B and as a pitcher 9 K) and wish her all the best for her senior year of high school.

We’ll see each other again for sure.