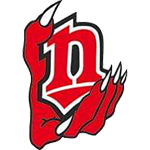 Tough day for the Senators

The first game of the double-header, the Nightmares pitcher started with four straight strikeouts. His quick fastballs were hard to match for the Senators’ offense. So it quickly became clear that if the Senators didn’t increase their performance  at the plate, he would finish the game rather quickly. On the other hand, the hosts from Neunkirchen were able to get on base a lot as a result of their timely hitting as well as a few errors on the senators’ defense. This quickly led to a lead, which was constantly expanded and the game ended prematurely in the seventh inning with 10:0.

Despite the best weather unfortunately, the mood wasn’t the best . But that should change in the second game, because the Düsseldorfers were able to hit better off of  the new pitcher of the Nightmares. That gave them a one-run lead in the third inning, as the hosts couldn’t respond much to pitcher Finn Jacoby either. Even so, it was tied until the fourth inning, making it a tight game. Robin Thorenz came on the mound as a closer and, like Jacoby before him, did a very good job. Unfortunately, the Nightmares managed to take the lead in the sixth inning through a few small defensive mishaps, which the Senators were unable to compensate for against the Canadian closing pitcher of the hosts. 2-1 for the Nightmares