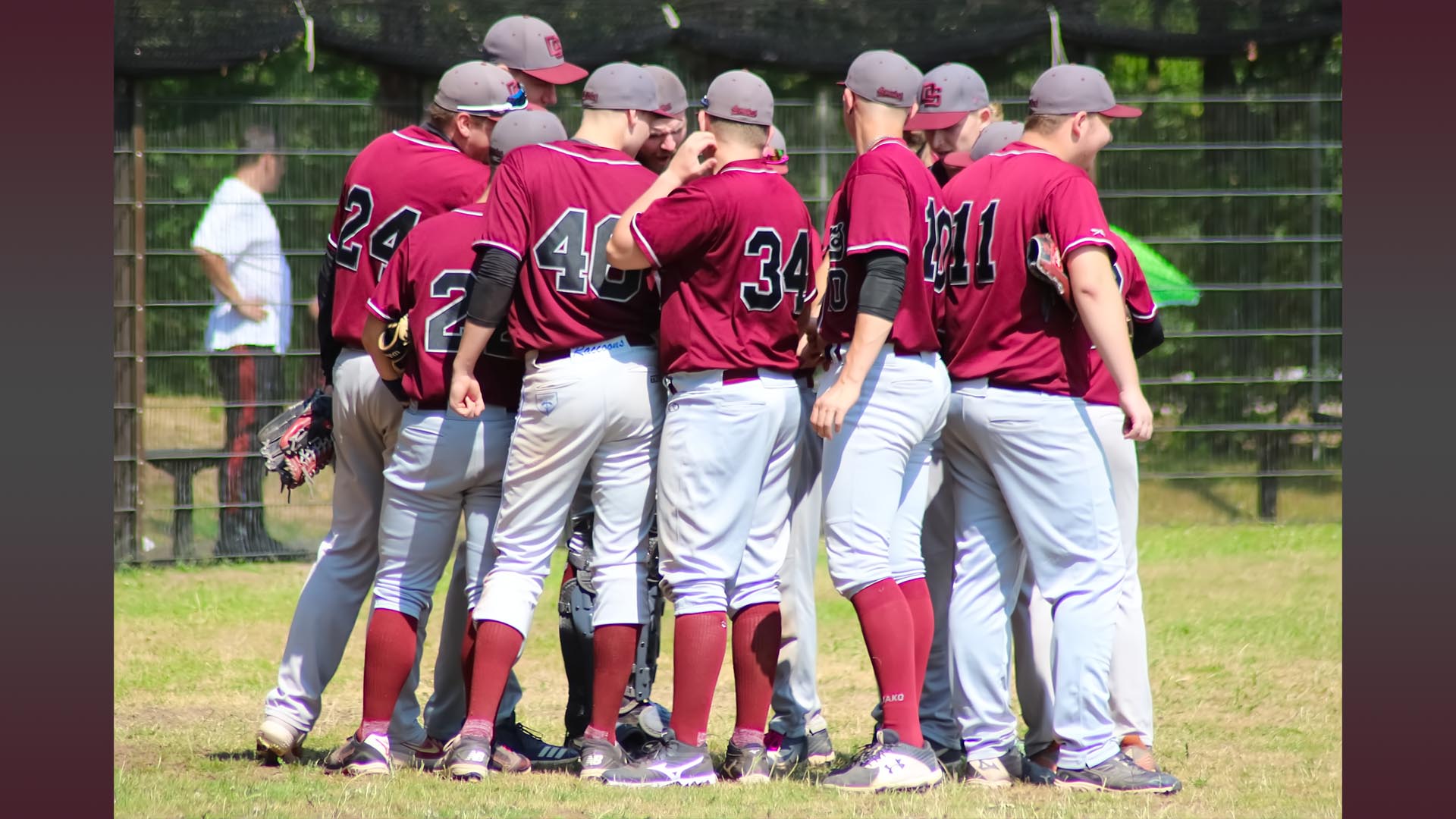 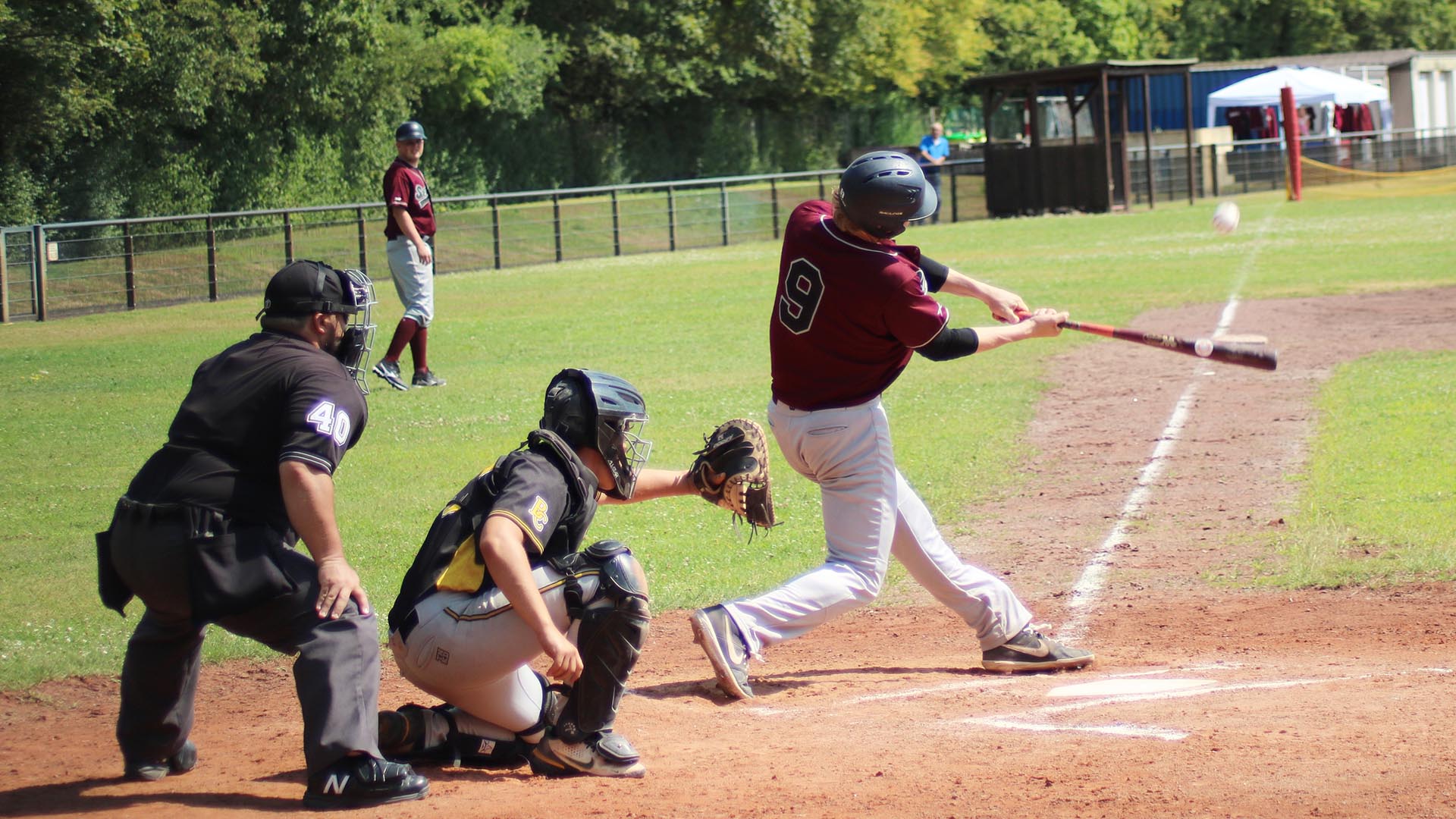 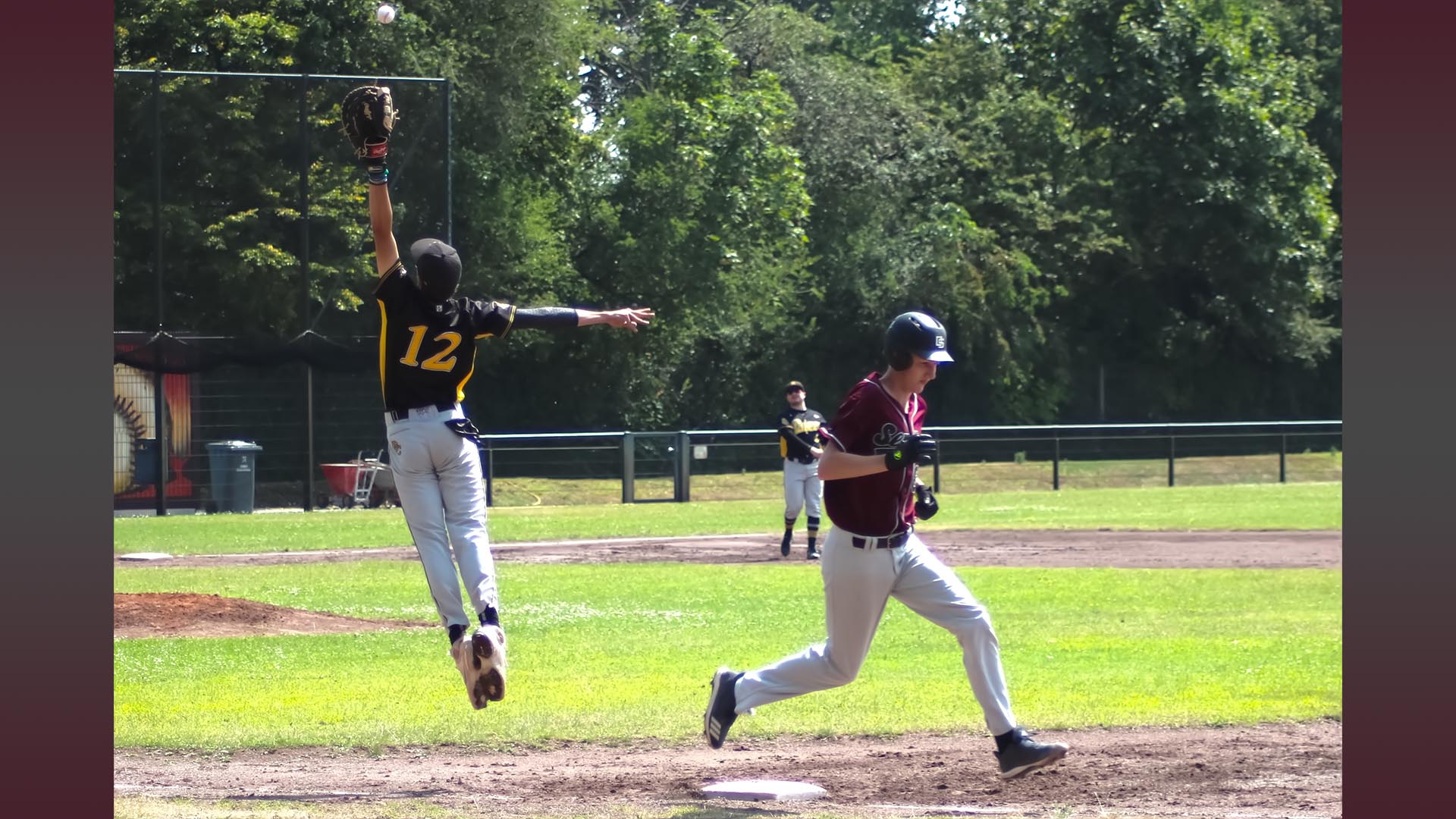 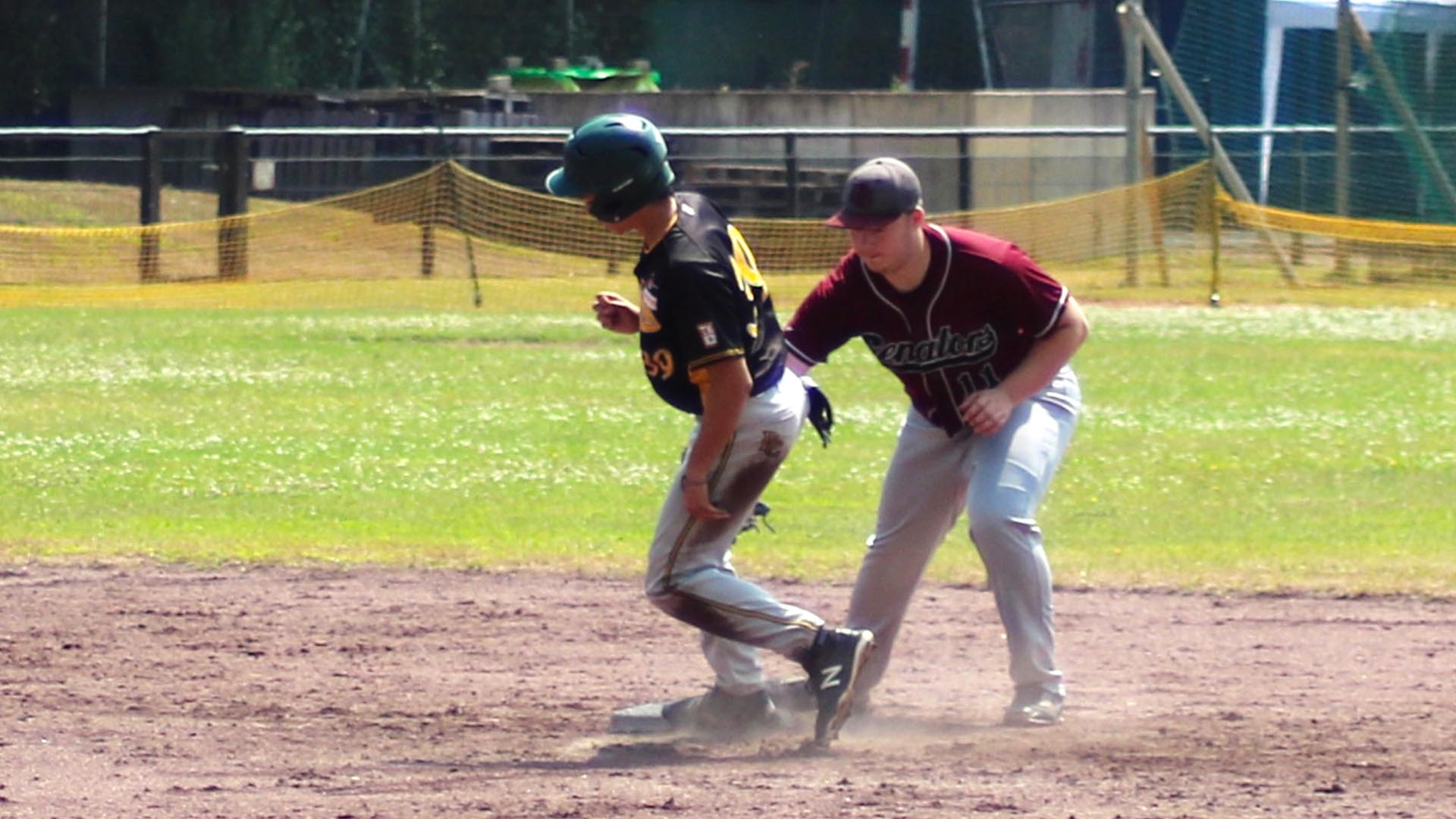 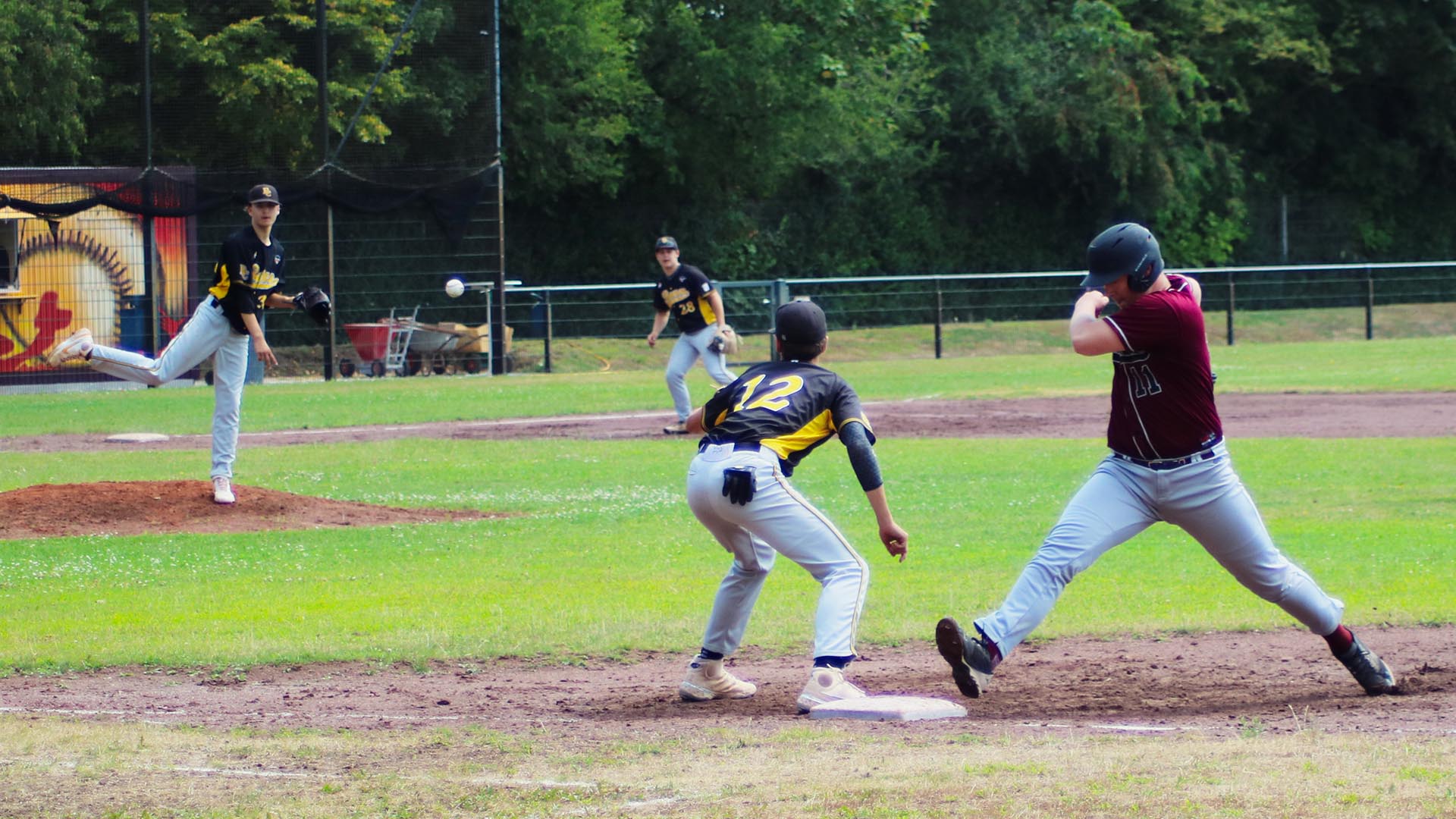 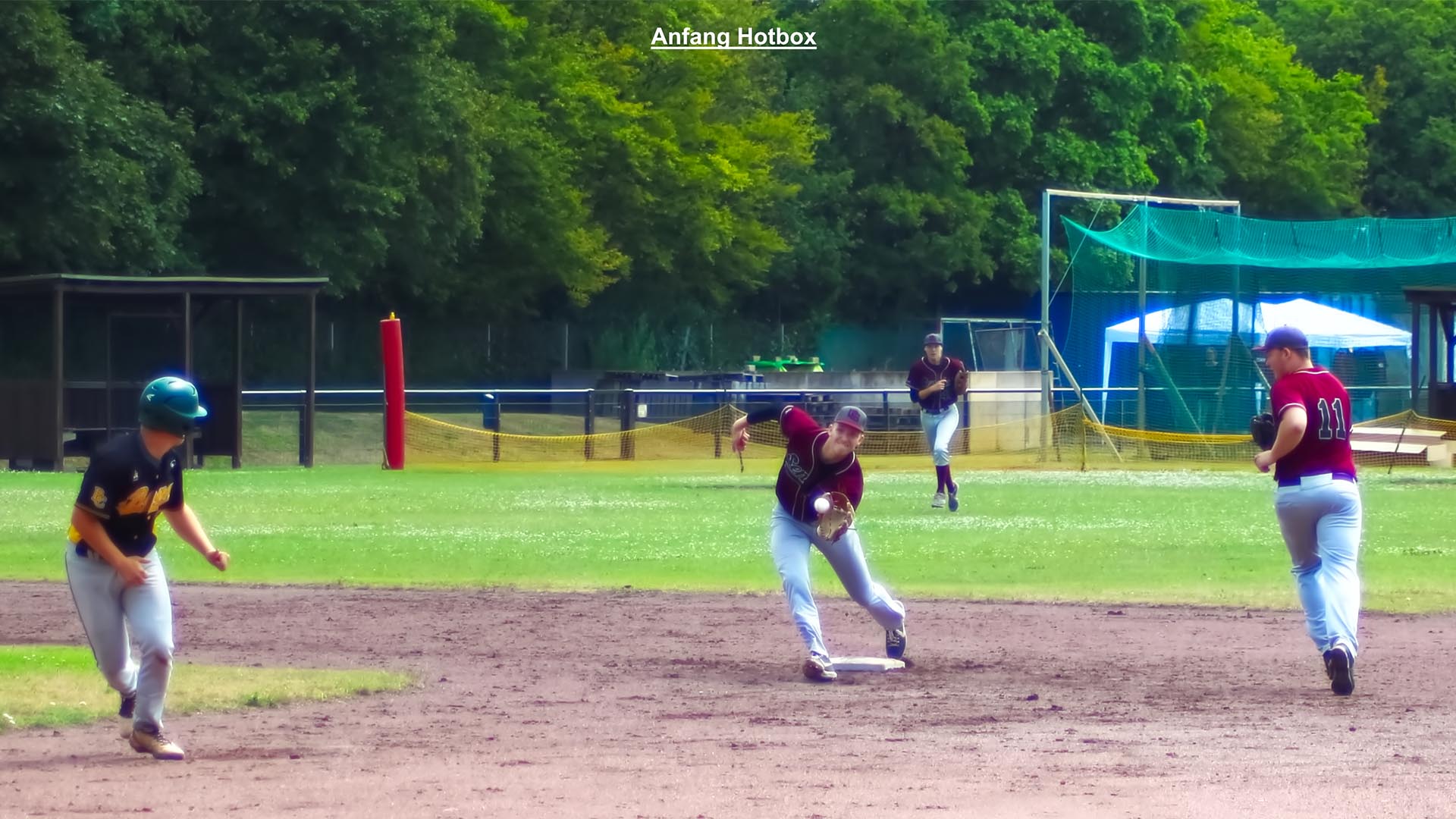 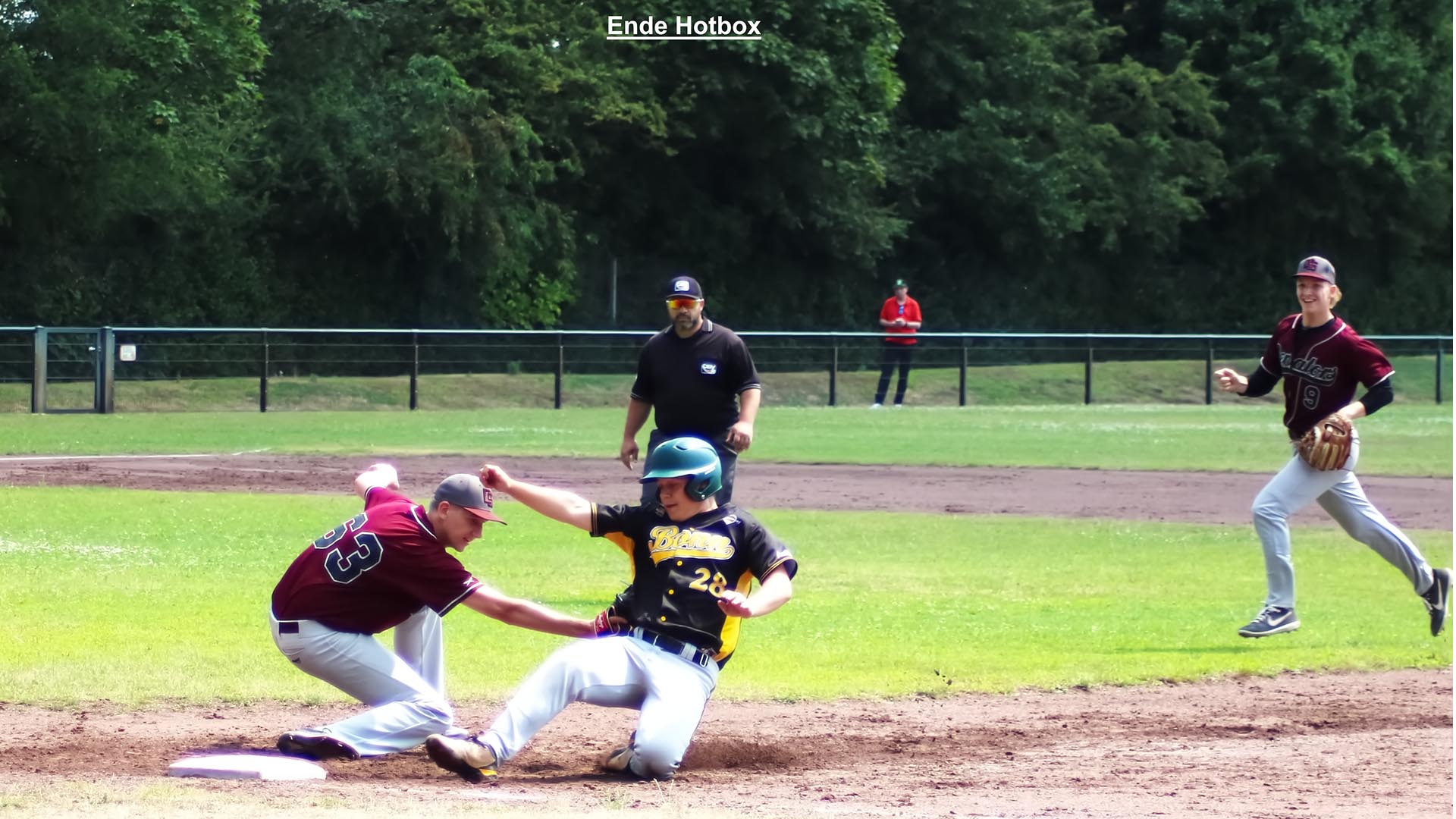 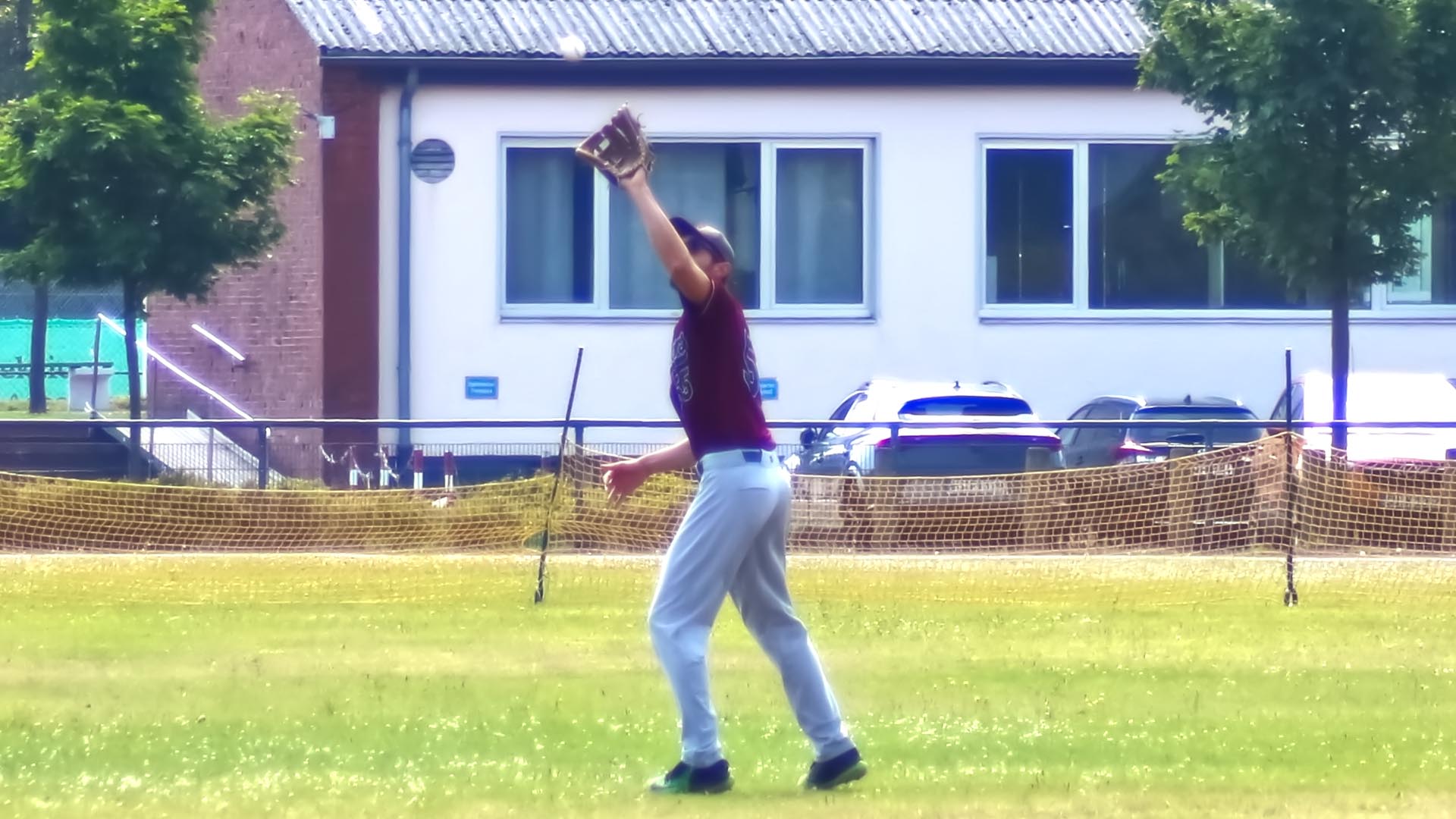 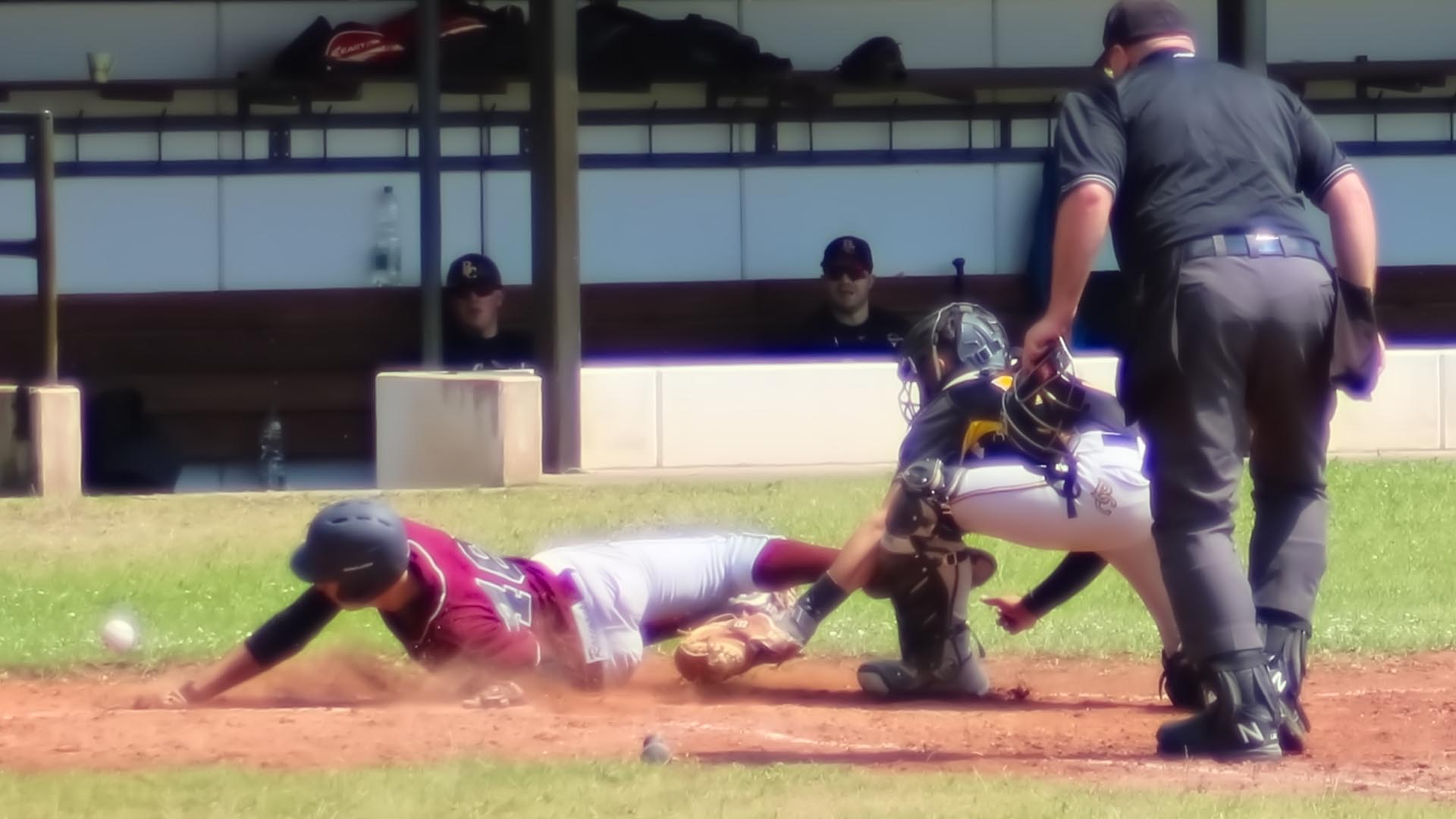 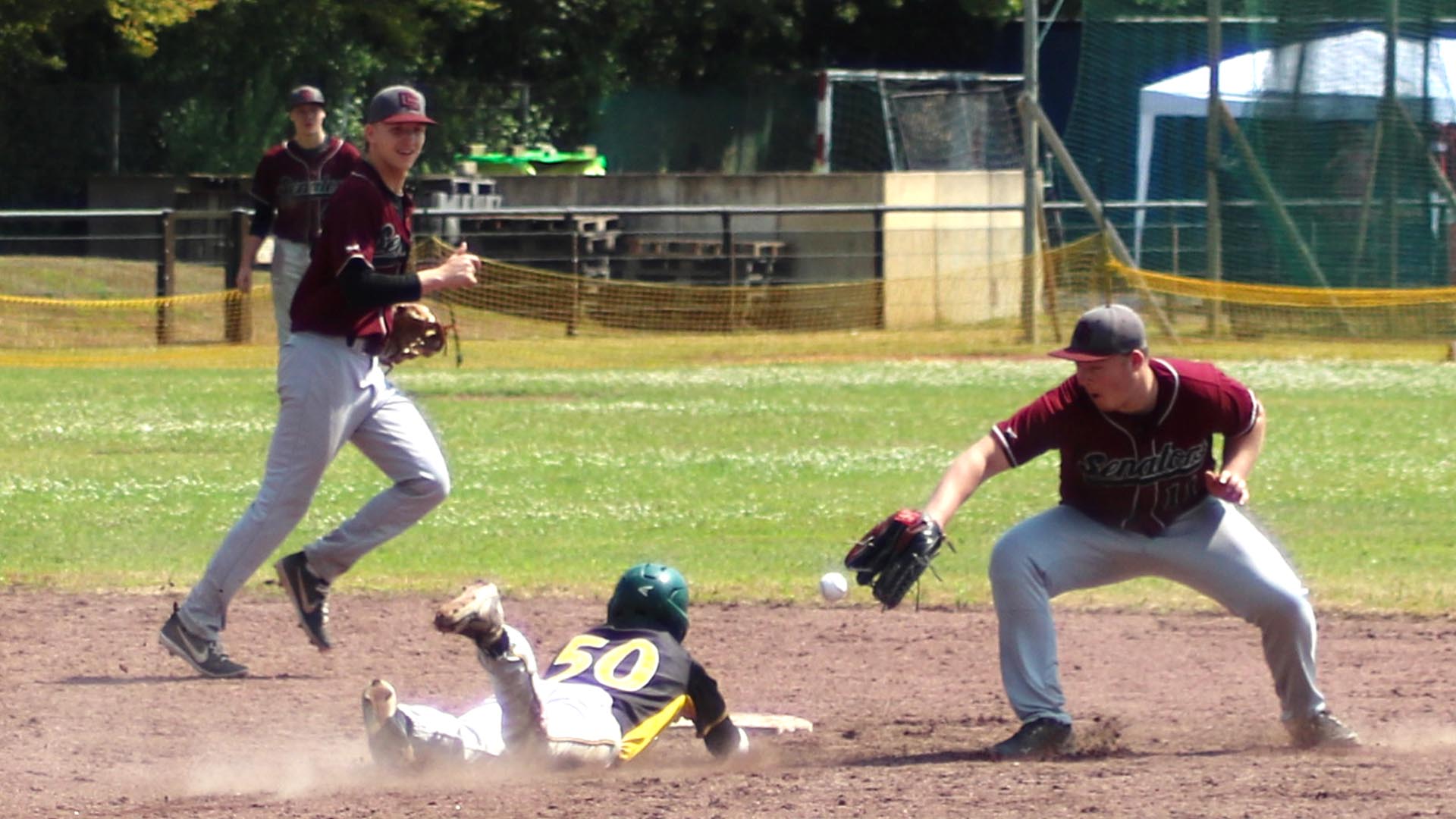 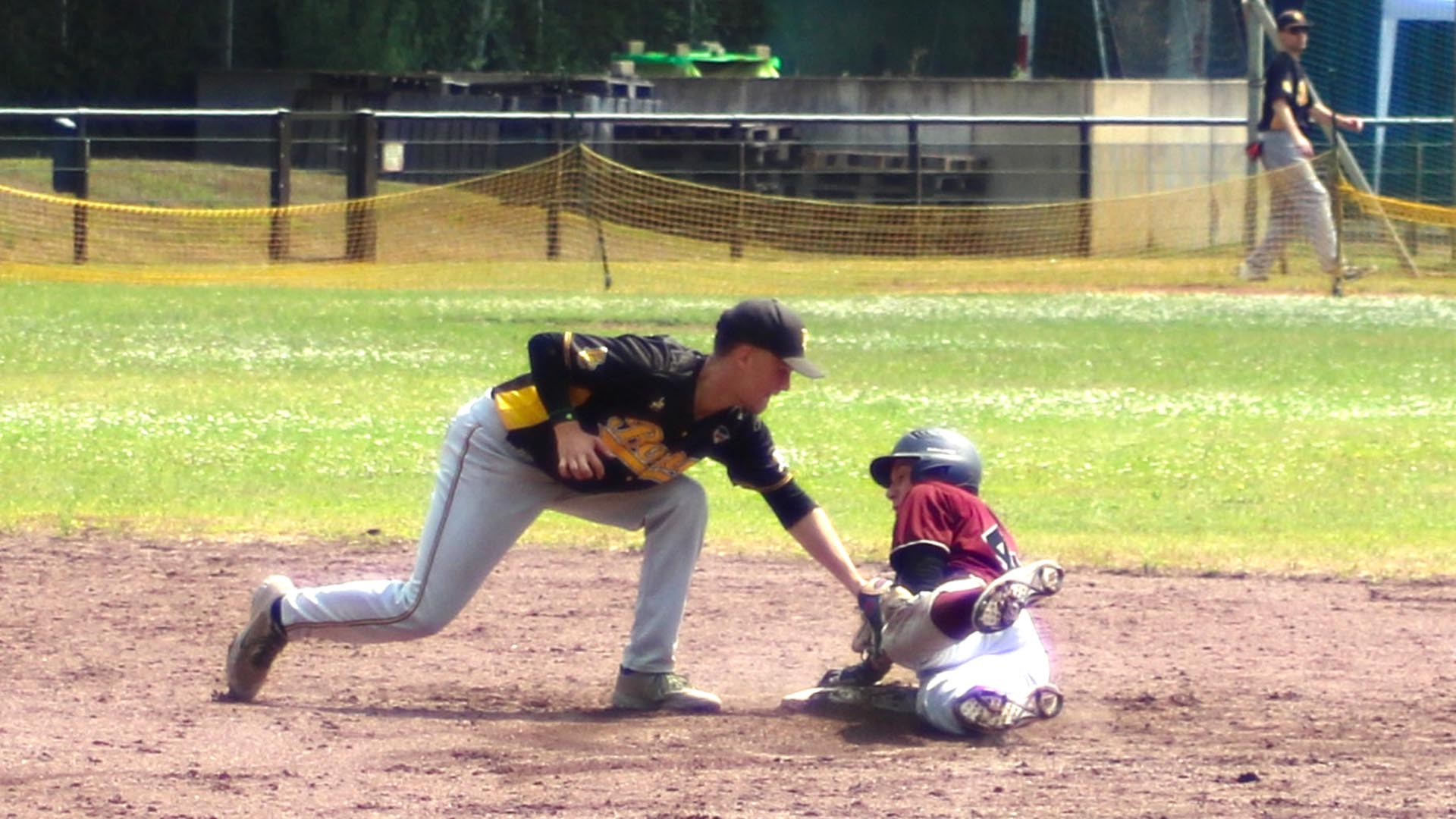 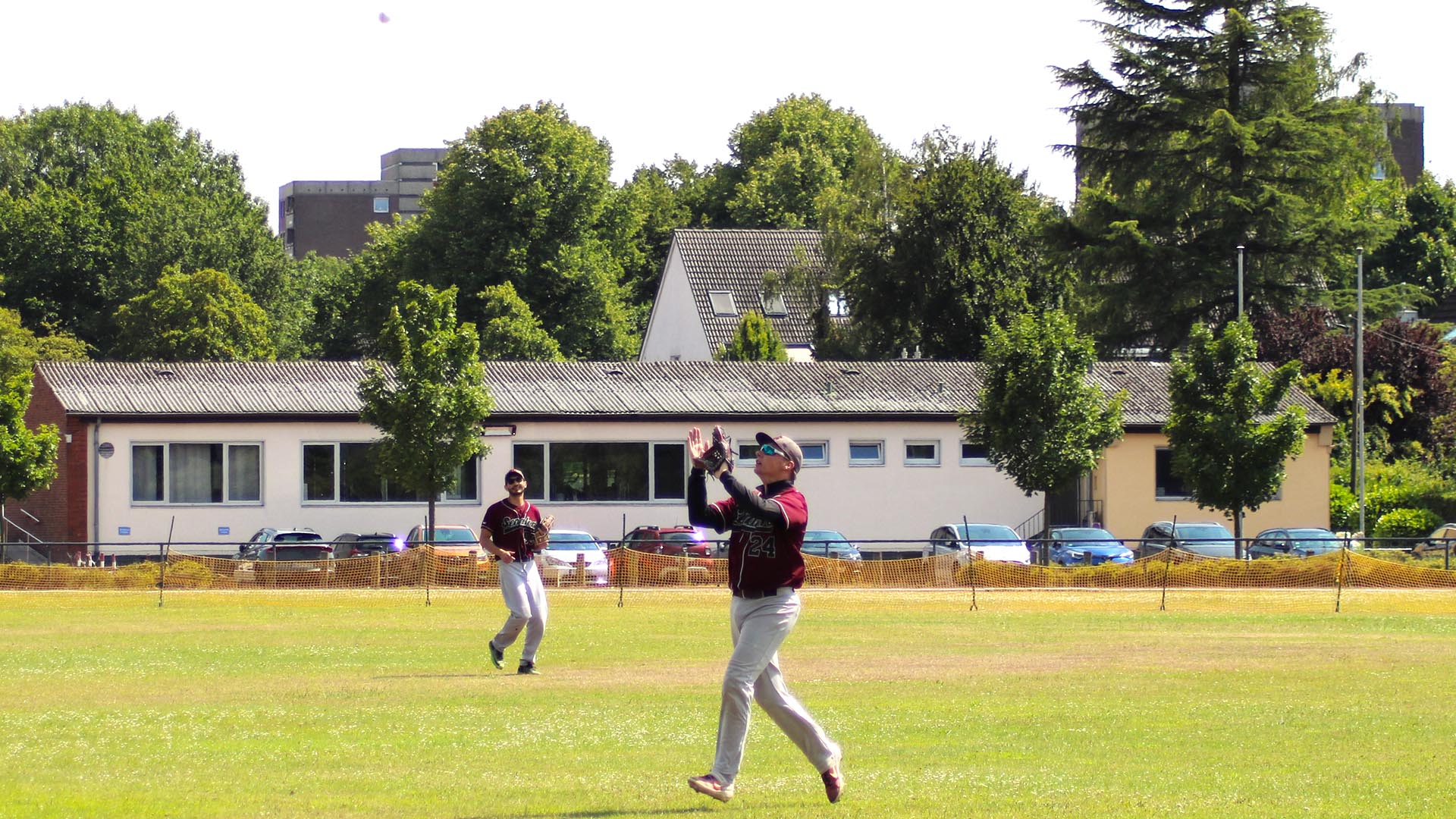 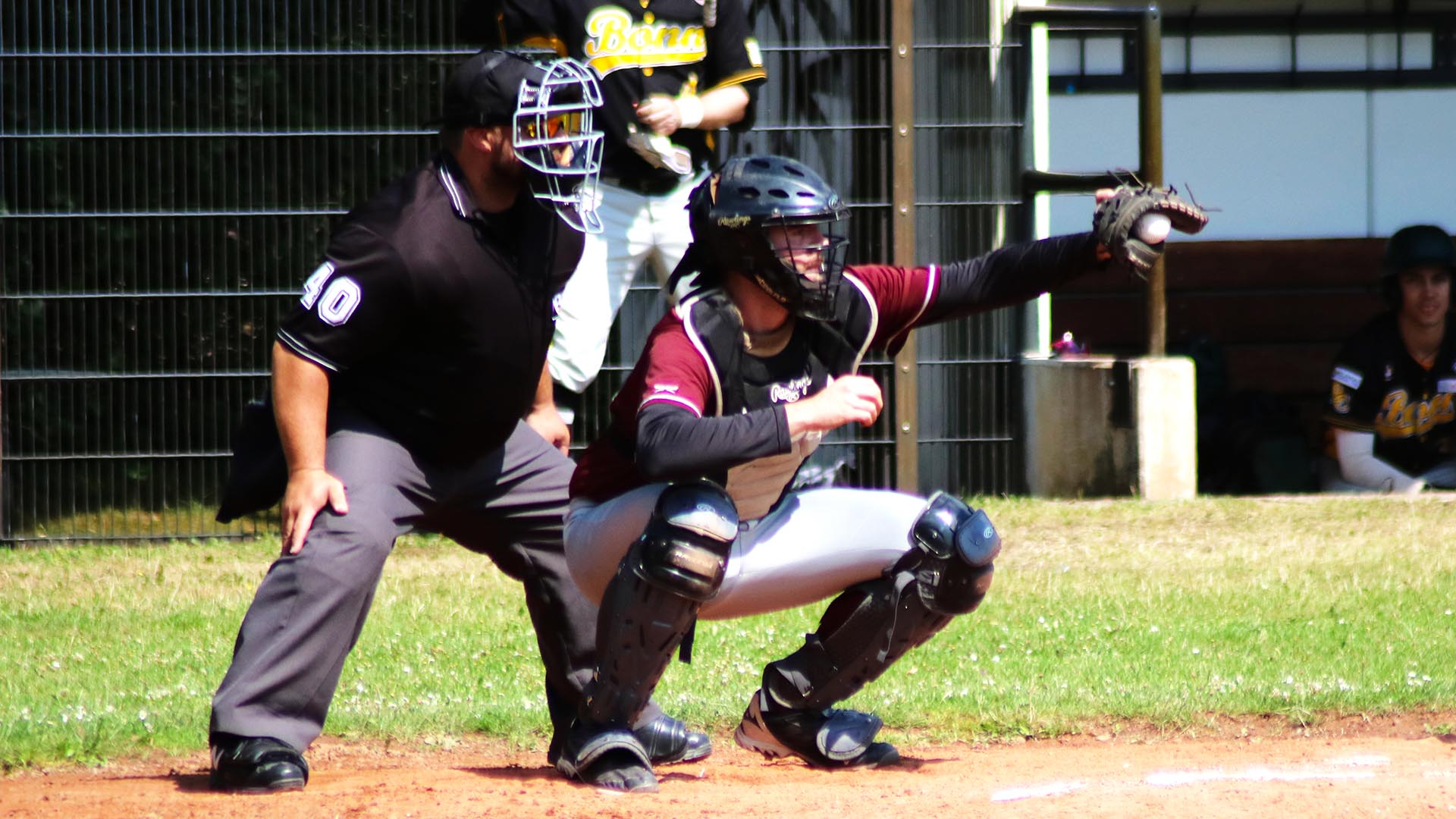 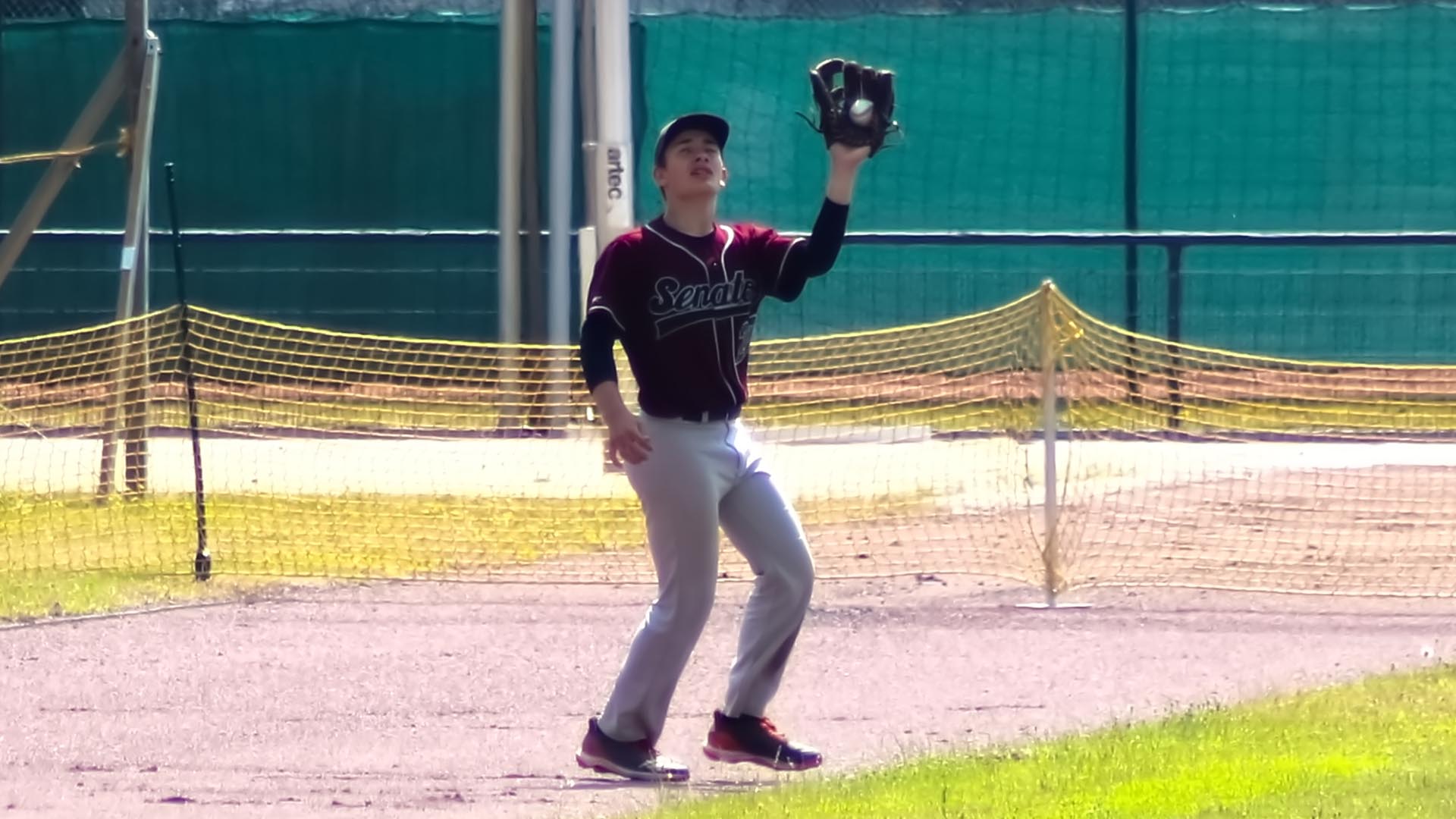 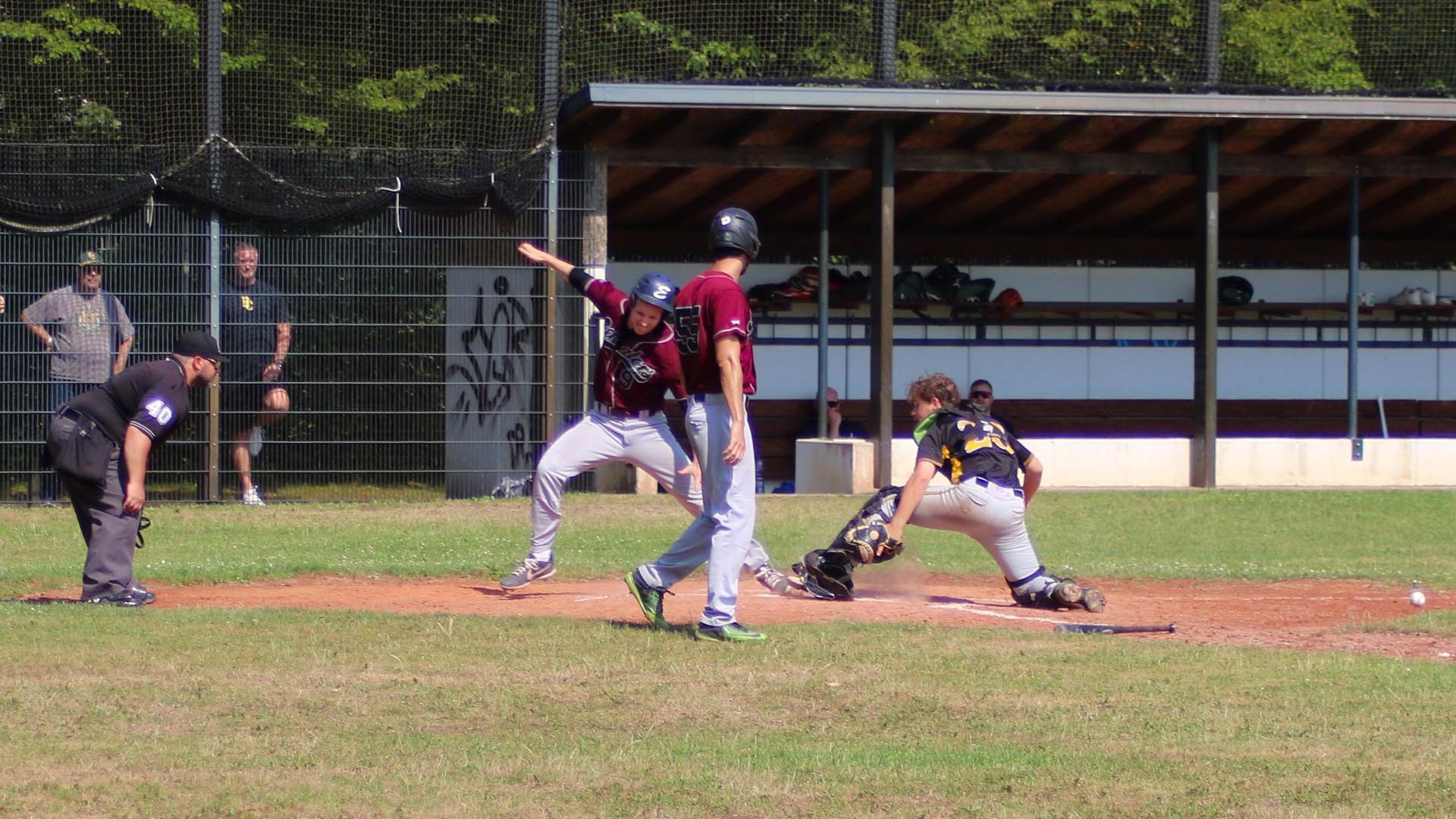 The weather was beautiful on July 23rd, for the 2nd Bundesliga game of the Senators against the Bonn Capitals. Two exciting games with a constant exchange of leads was to be ahead for a nice crowd at Senators Field.

The first game started started off hot tied at one after the 1st inning including a fantastic double play through a flyout by Anton DeAngelis in left field and a following throw to Lukas Kirchhoff at 1st base to double up the opposing runner.. After the Capitals took the lead by one run in the 2nd Inning the score was kept the same until the beginning of the 6th thanks to an excellent performance by the defense and pitching on both sides. In the 6th, the Bonn Capitals were held in check by 2 quick outs (P6, F9) to Julius Hilger and Robin Thorenz, as well as a good rundown between 1st and 2nd base, which kept the capitals runners on their toes. On the other hand, the offensive of the Senators could score 3 runs, to take a  2:4 lead going into the seventh inning of game one. Neither team allowed any runs in the last three innings, with the Senators ultimately winning, what was to be the first of two nail-biters, 2:4.

The motivated senators pounced on the Capitals early in game number two with double off the fence from Lukas Kirchhoff, who brought in 2 runners, increased the score to 4:0 in the 2nd inning. The Senators were able to keep their lead except for an additional run by the opponents in the 4th inning.

In the 5th inning however, the visitors mercilessly capitalized on the senators lack of focus on defense and took a 5:4 lead.

It remained exciting until the last inning, when Bonn scored another run and increased their margin to a 2-run lead. Under enormous pressure, the Senators went to bat and showed that they can keep their cool under such circumstances. Robin Thorenz brought in the decisive runner for a 7:6 lead with his walk off single to Centerfield, in order to be able to decide the second game for the Senators as well.

Javier Liere Paz did a great job on the mound and in the outfield, scoring a total of 6 out of 19 flyouts.