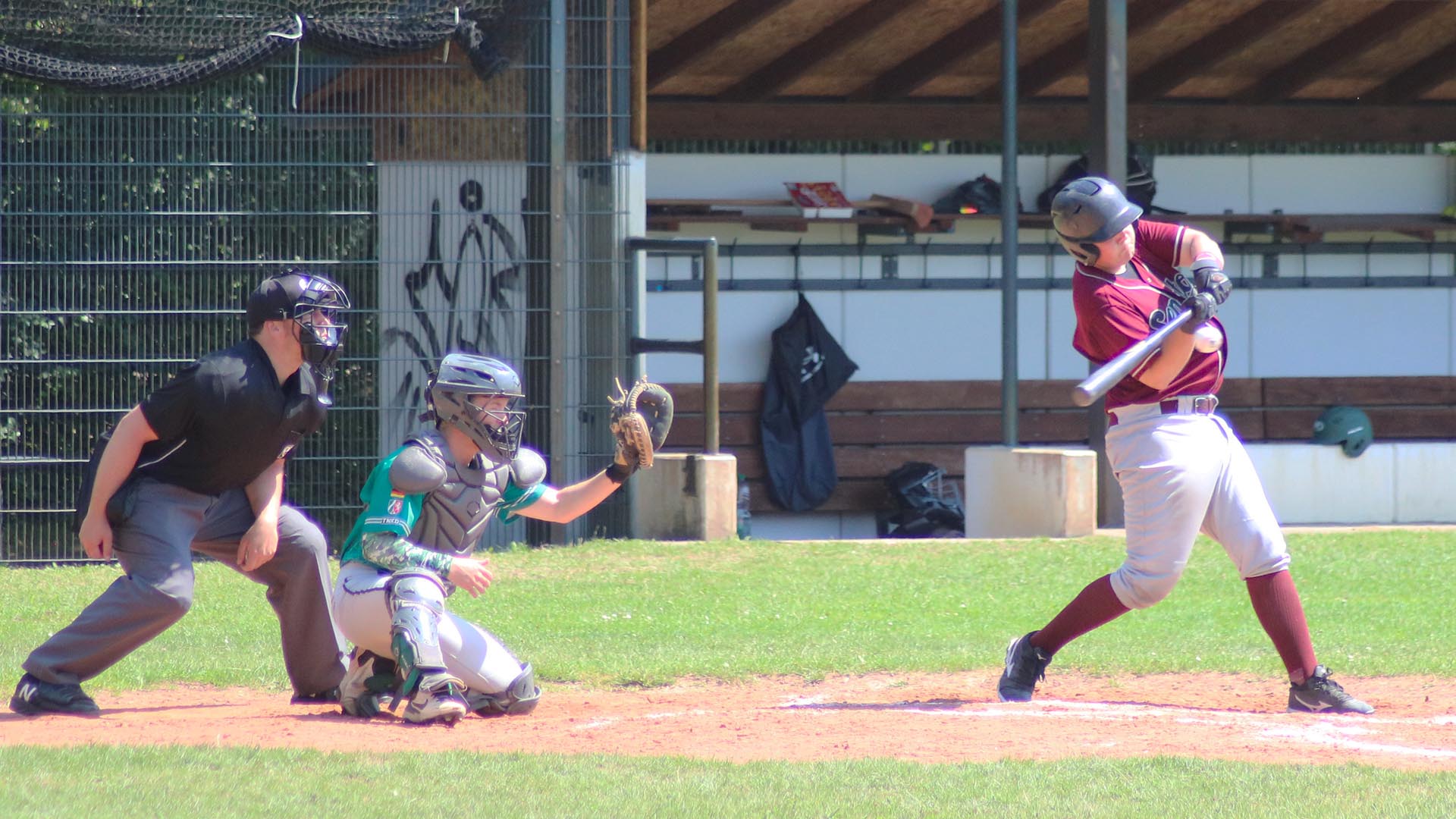 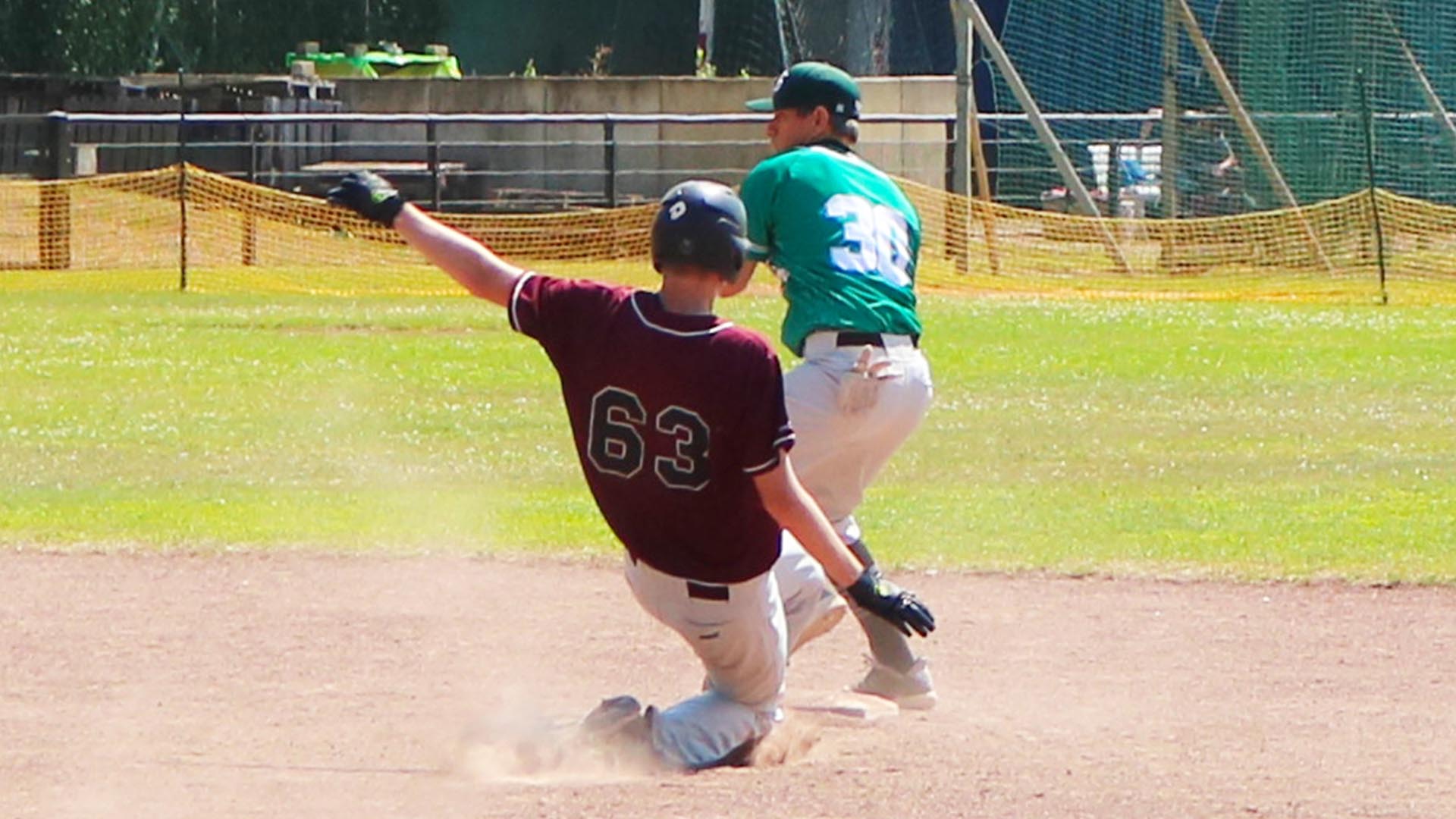 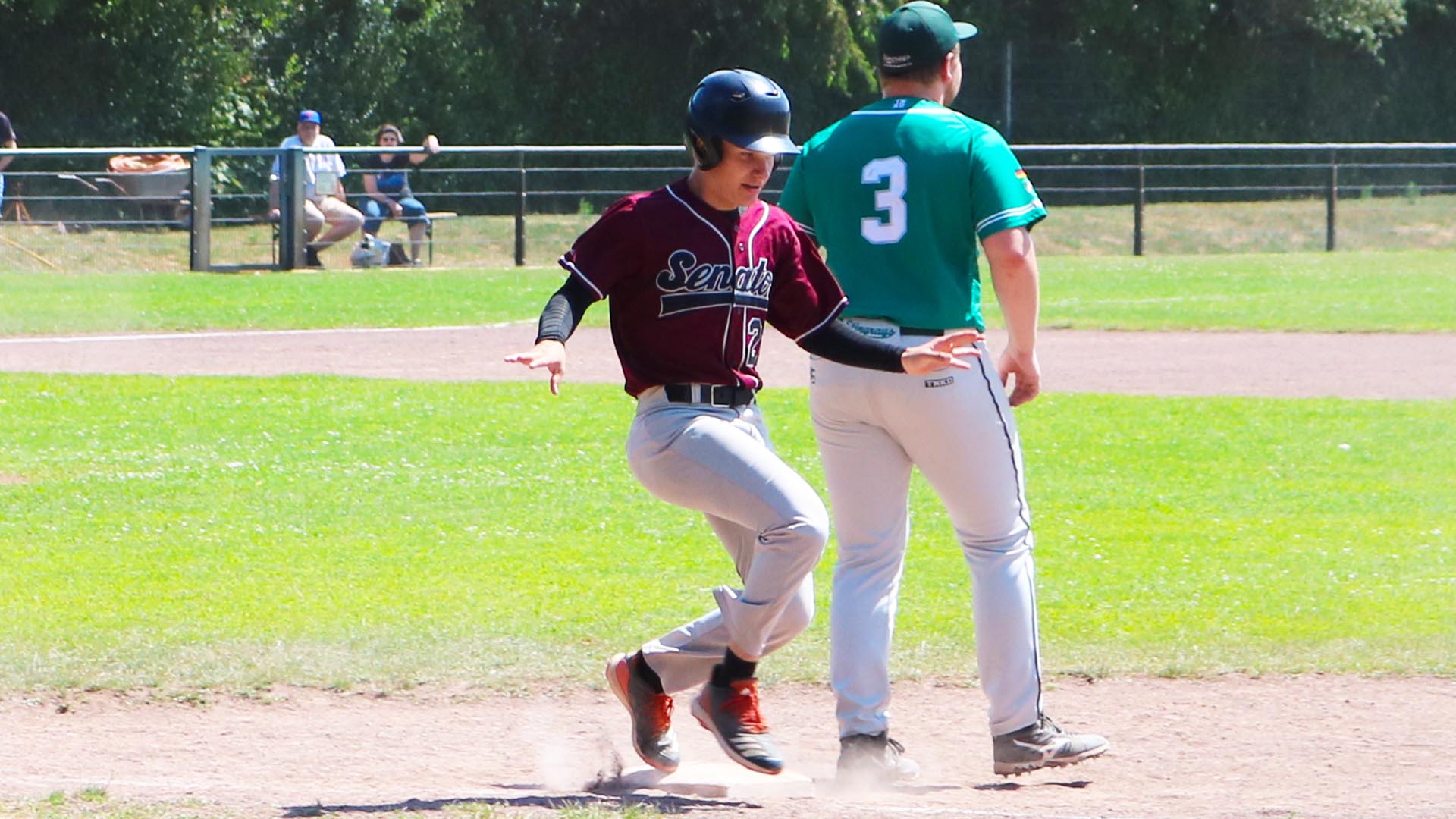 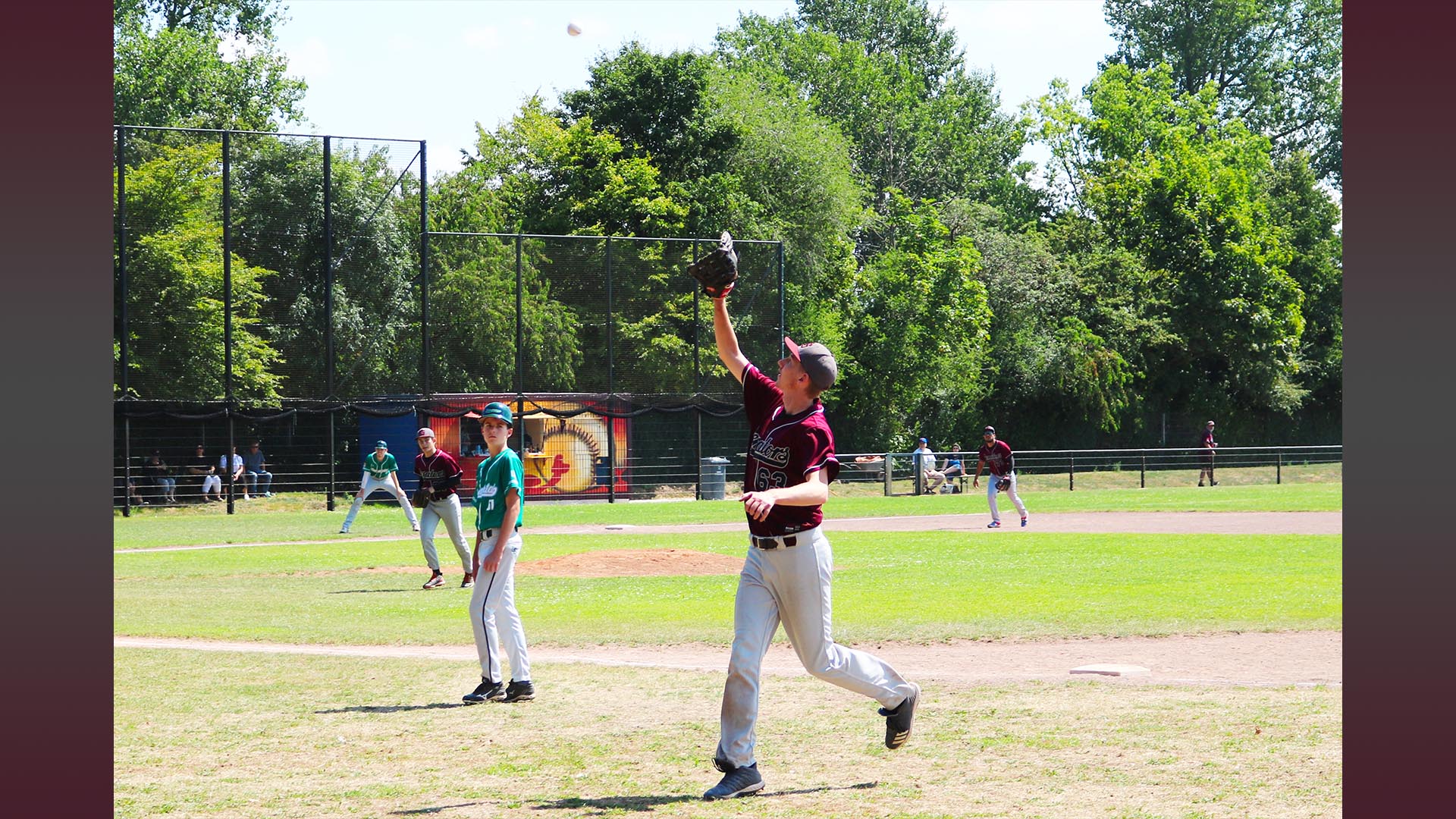 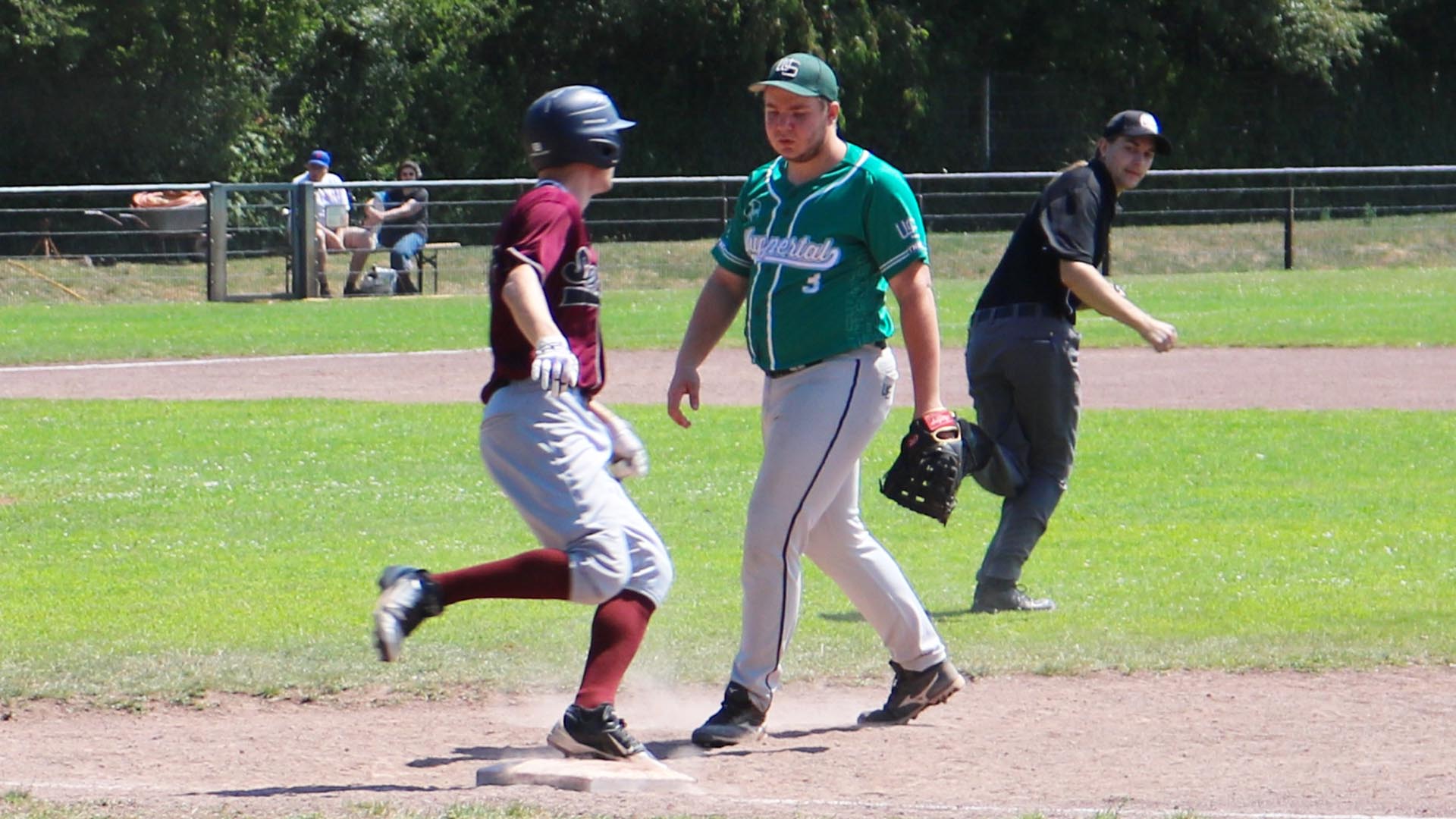 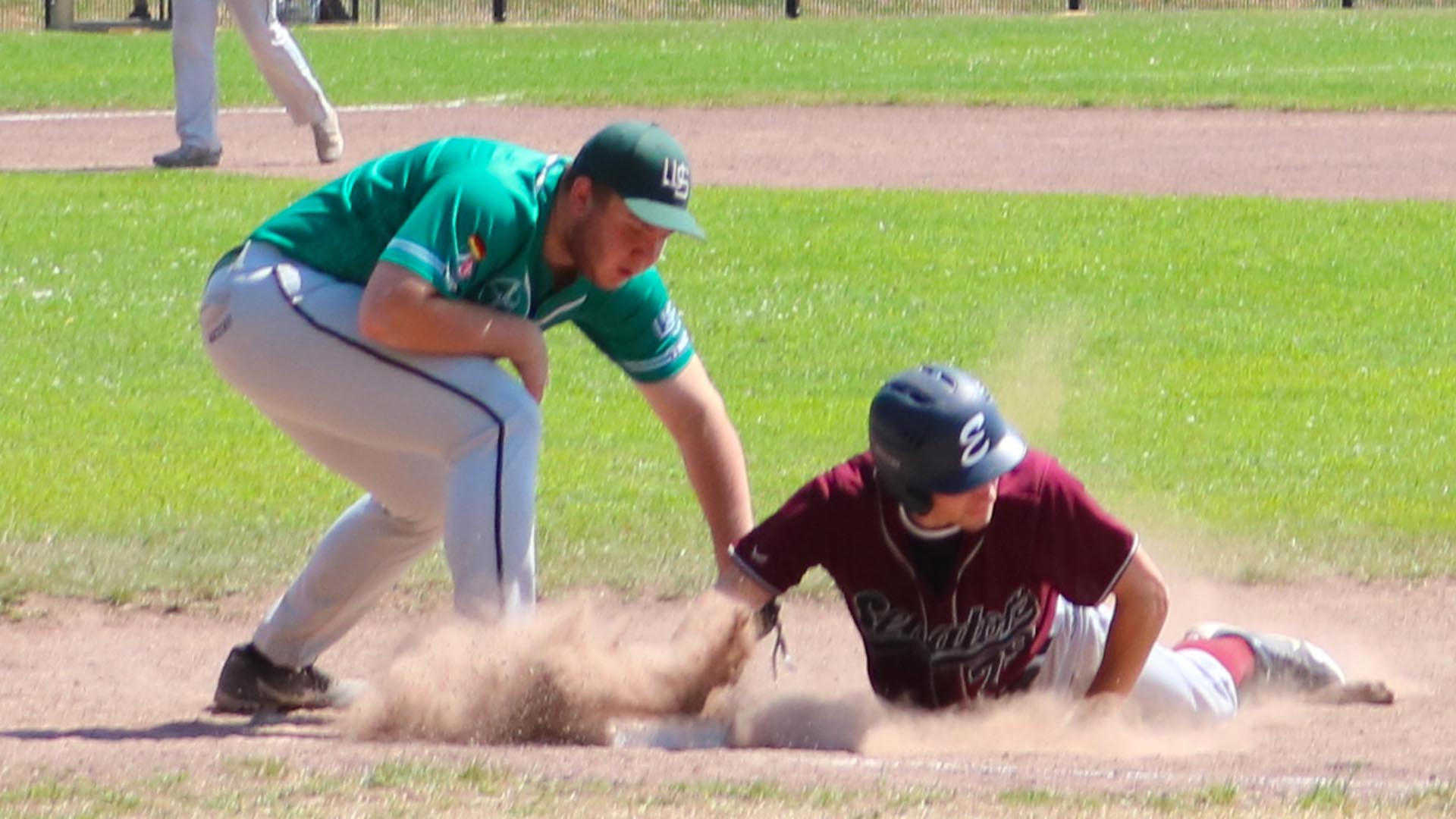 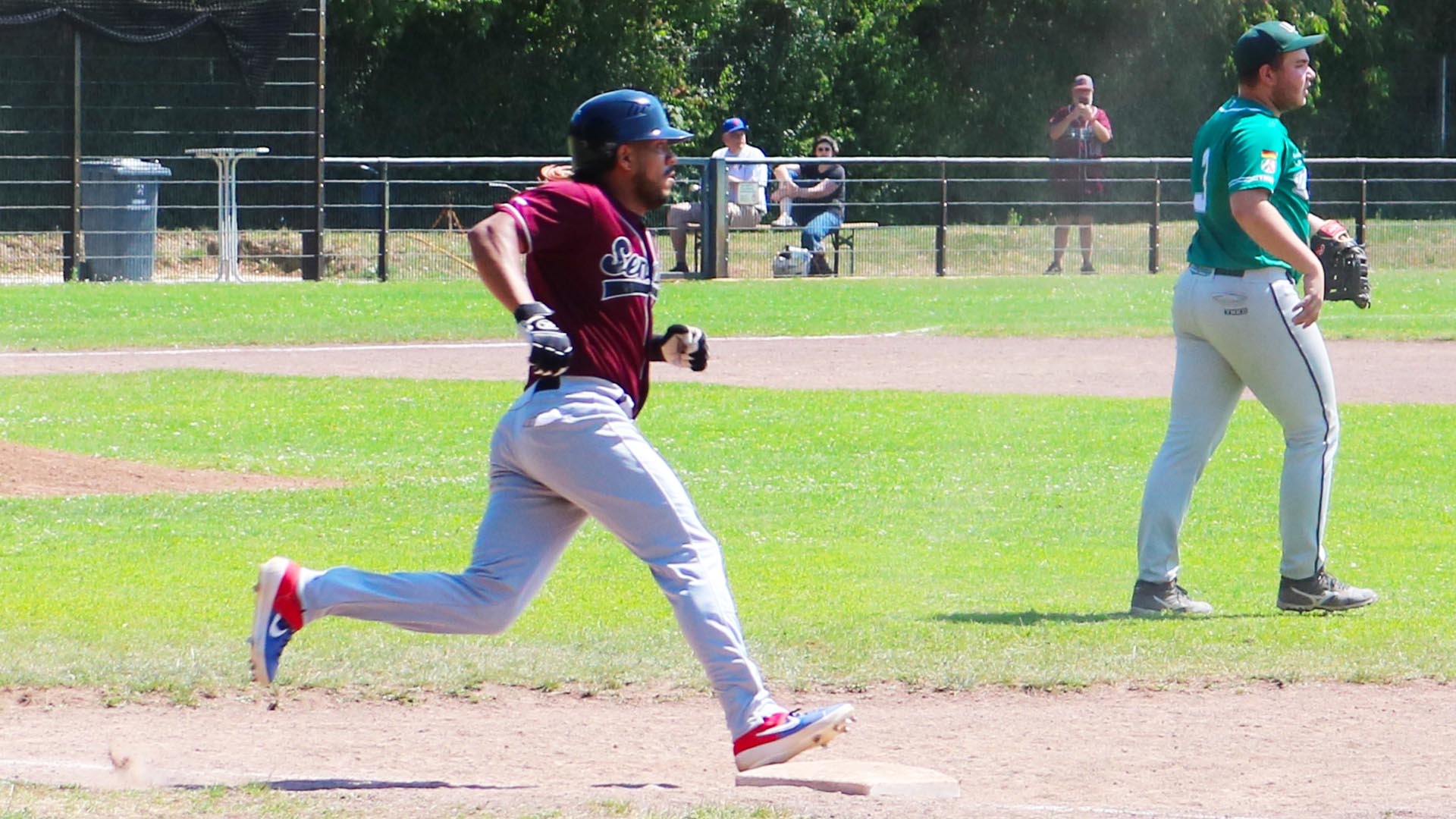 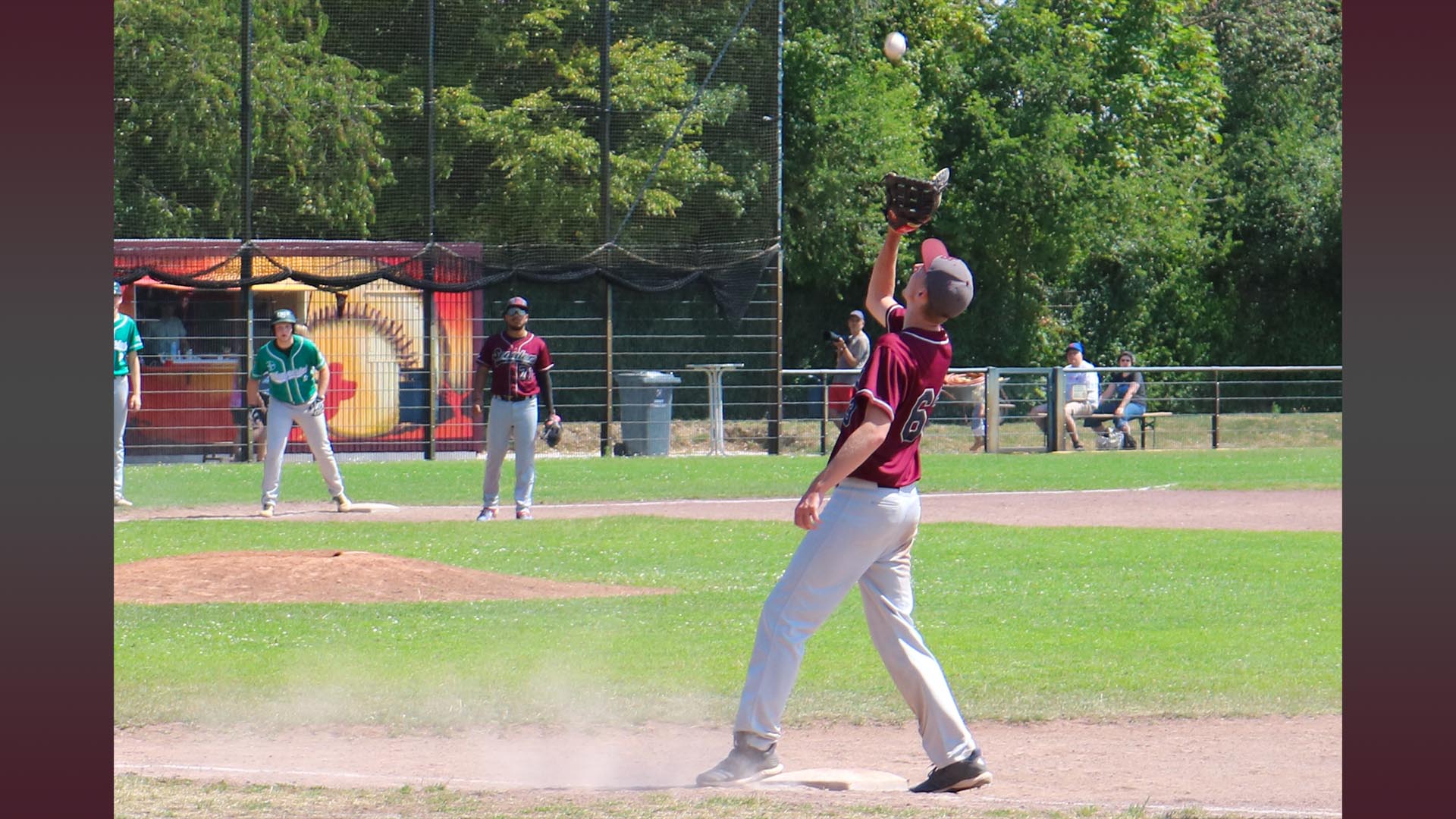 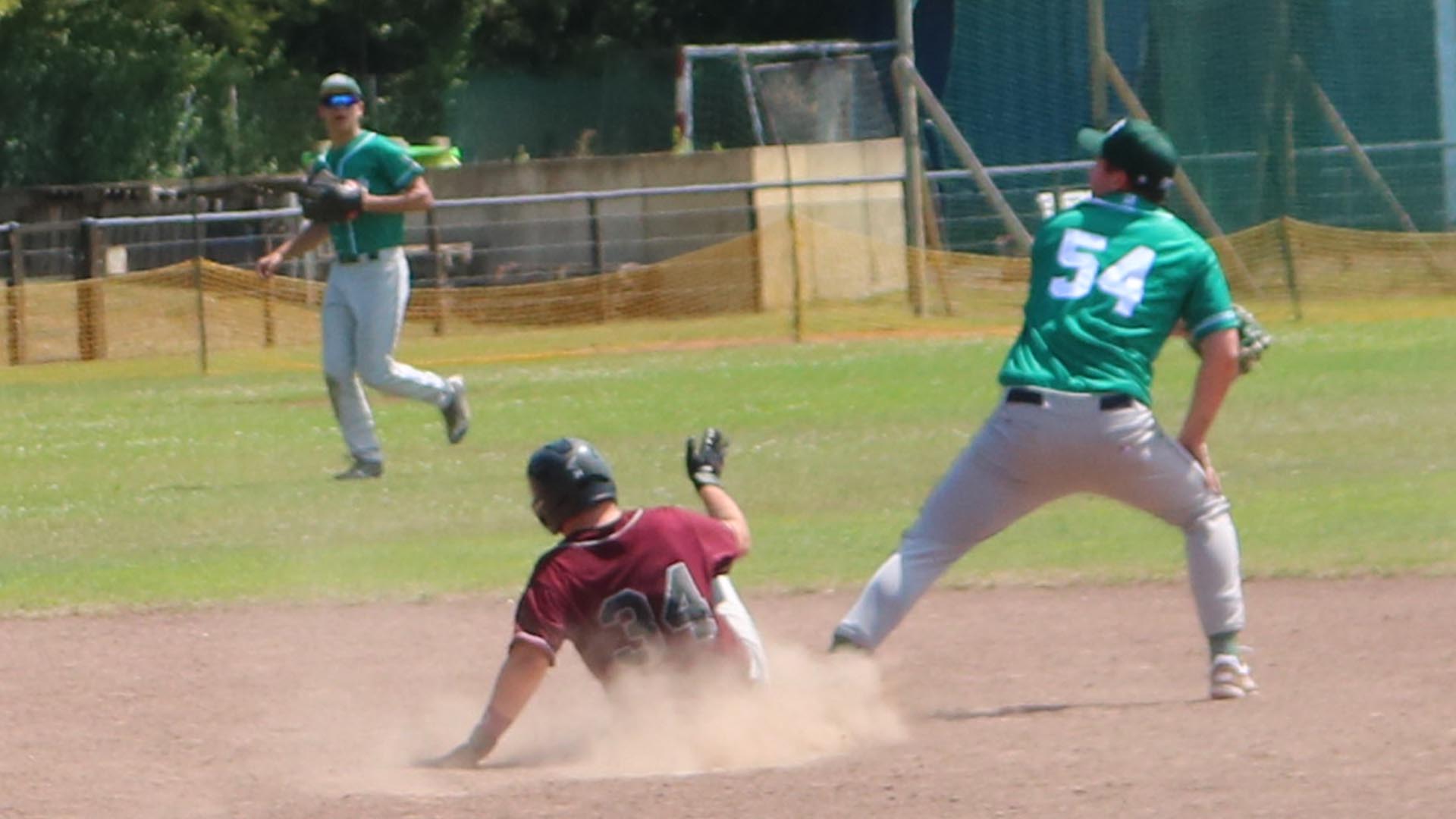 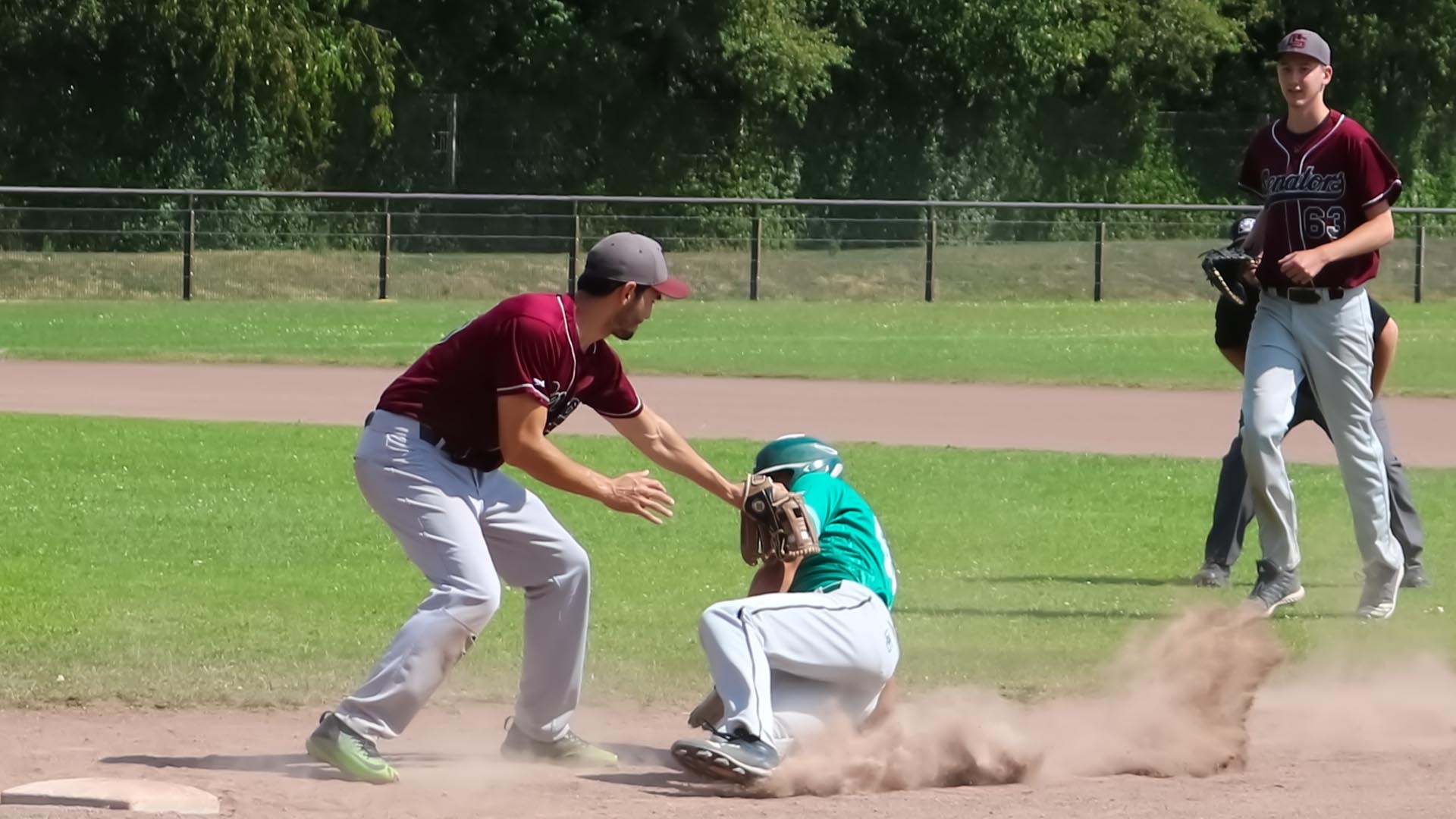 On July 30th, 2022, the Wuppertal Stingrays came to Düsseldorf to face the Senators. It was about to be a great day of baseball with two quick and entertaining games.

Except for a Triple in the 4th by Leon B. and a following single by Javier Liere-Paz the Senators weren’t able to string any hits together until the middle innings. The second run came around to score when Luke Krempel scored on a single by Pitcher Anton DeAngelis. After not allowing any runs and striking out 7 in 8 Innings he left the mound with a 2:0 lead

After the pitching change in the 8th and some mistakes on defense, the Stingrays capitalized on their opportunities and took a 5:2 lead. The Senators were only able to tack on one more run, therefore not compensating the offense explosion by the visitors, giving up the first game 5:3.

The second game starter Javier Liere-Paz, who played a good first game offensively, struggled to find his way into the second matchup of the day allowing two runs to score in the first Inning. However, the Senators didn’t let it get to them and got a run back in the 2nd inning.
Even though the senators bounced back on defense and were able to pick off two baserunners, offensively they didn’t have any runs to show for.

In the 6th inning, the visiting Stingrays managed to bring another 5 runners home and increase the score to 7:1. With their last chance at bat, the Senators showed what they were made of and plated 4 runs, which unfortunately weren’t enough to turn the game around. 7:5 the final score from Düsseldorf.