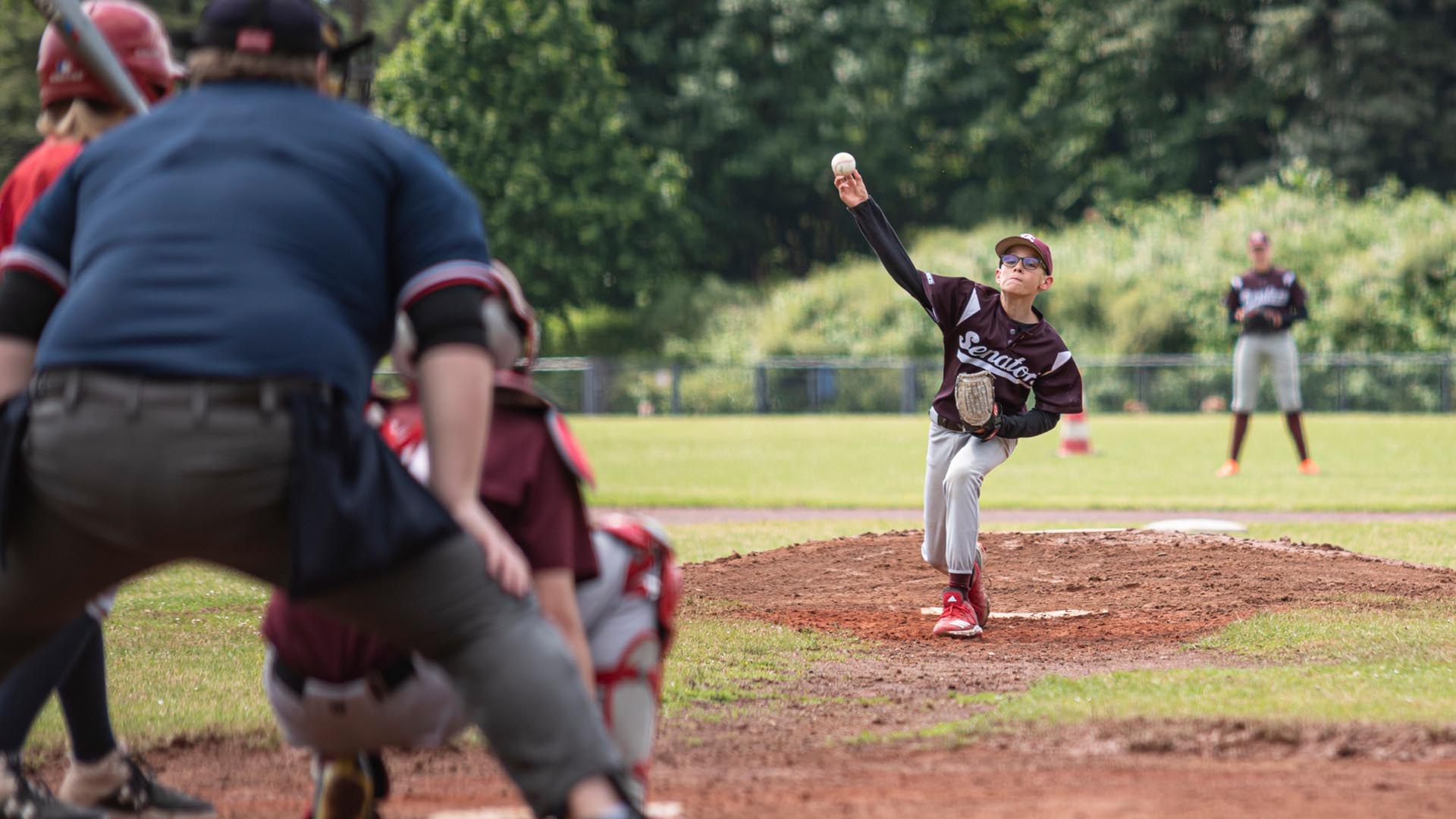 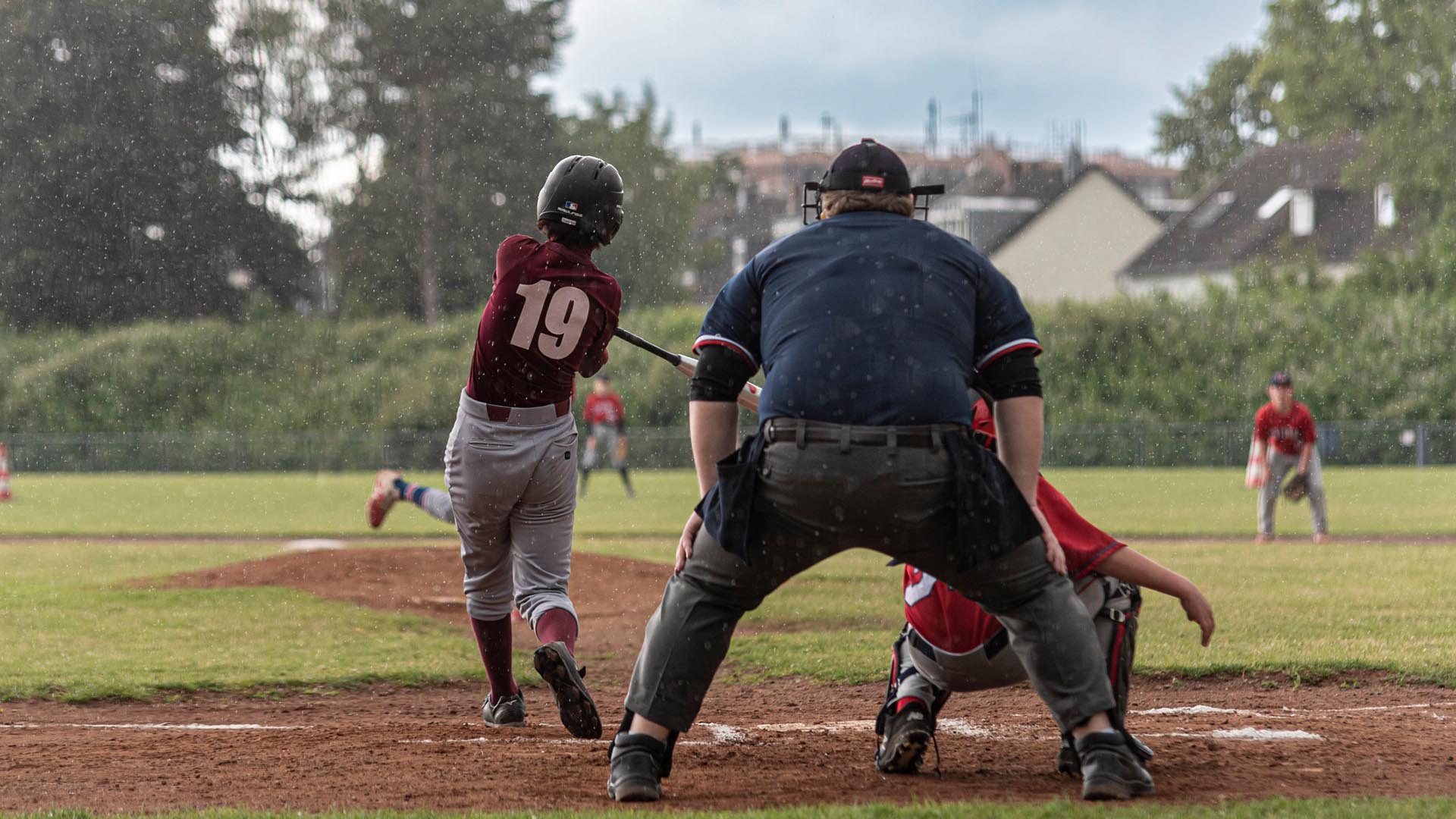 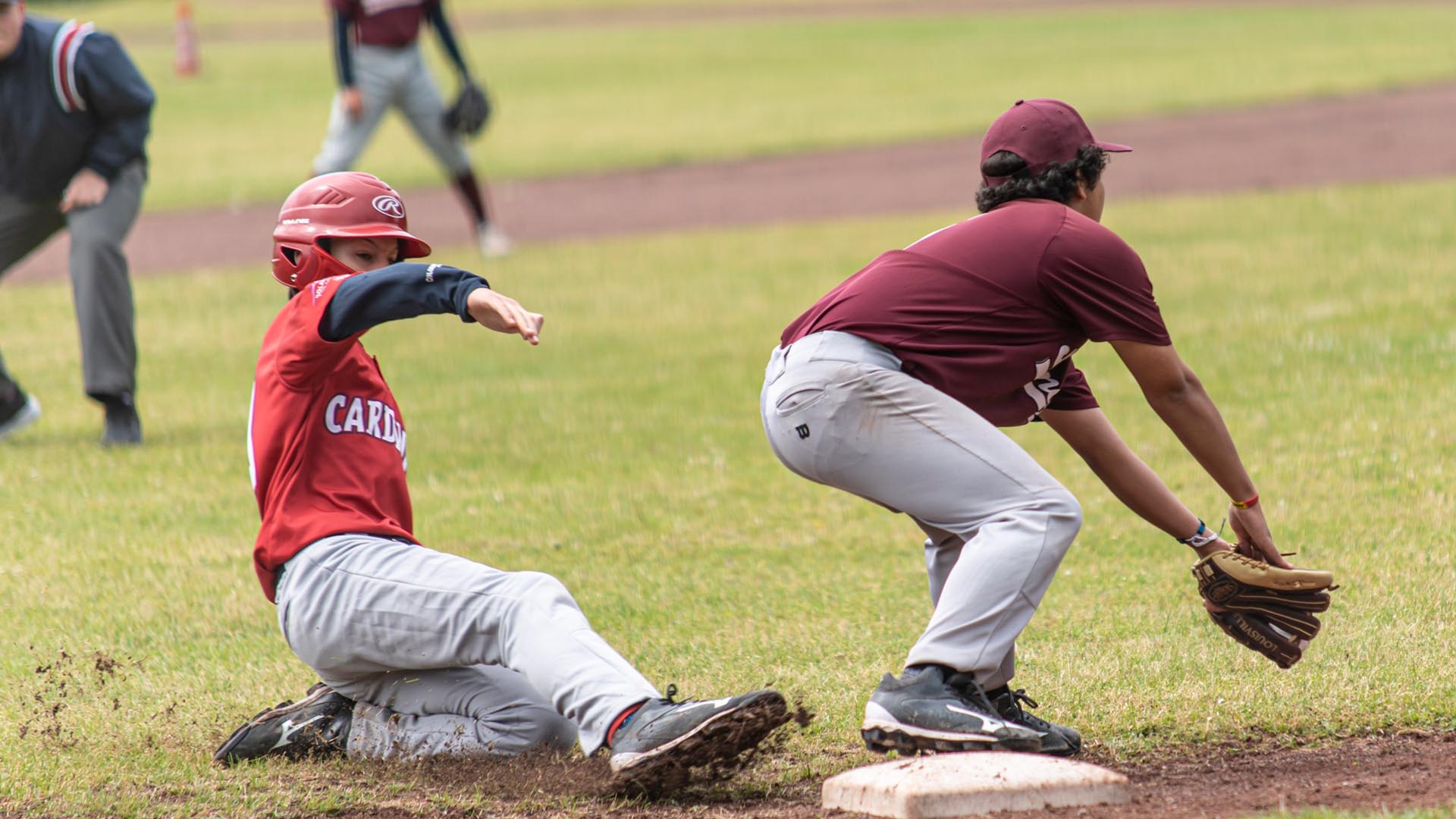 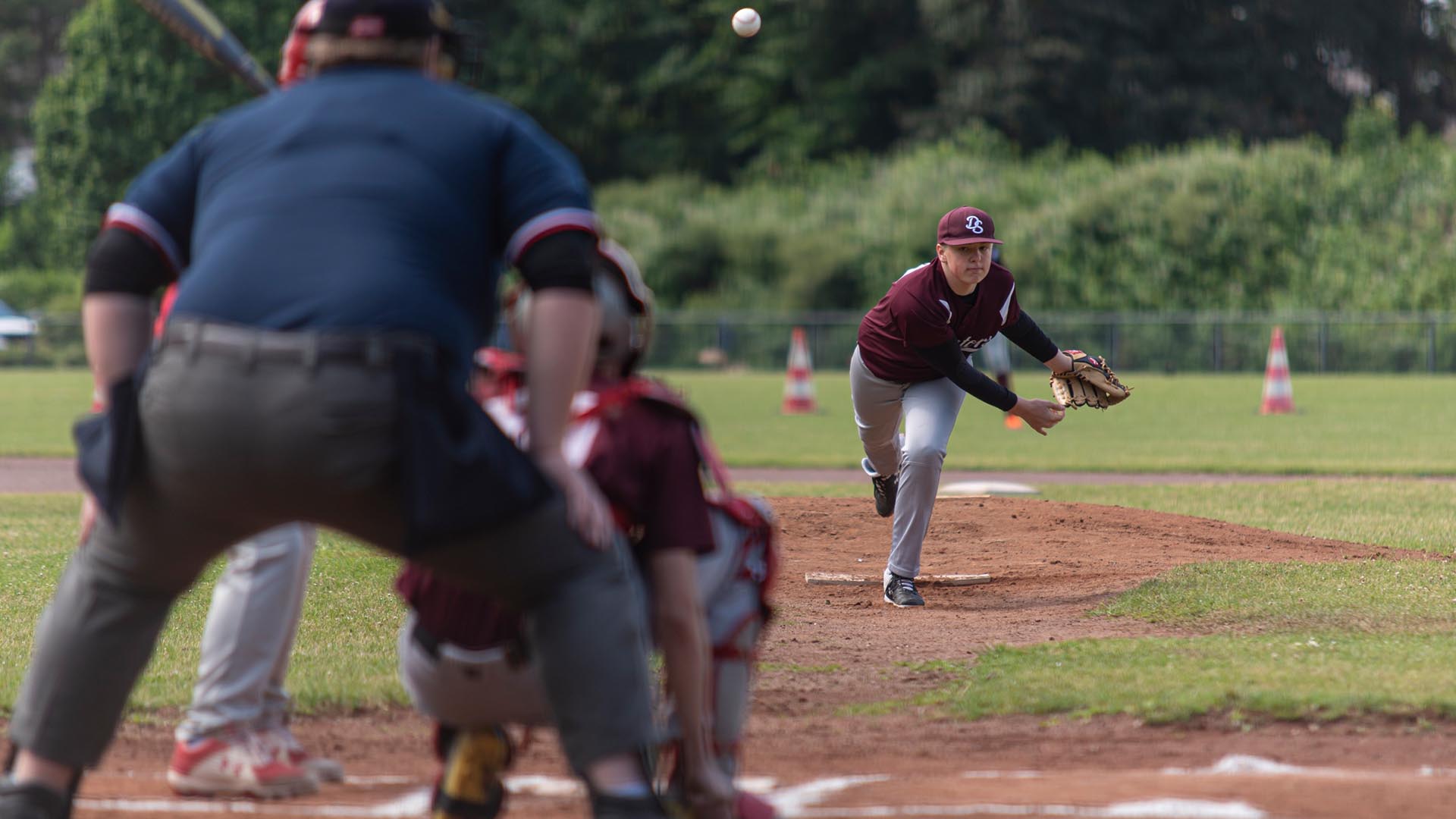 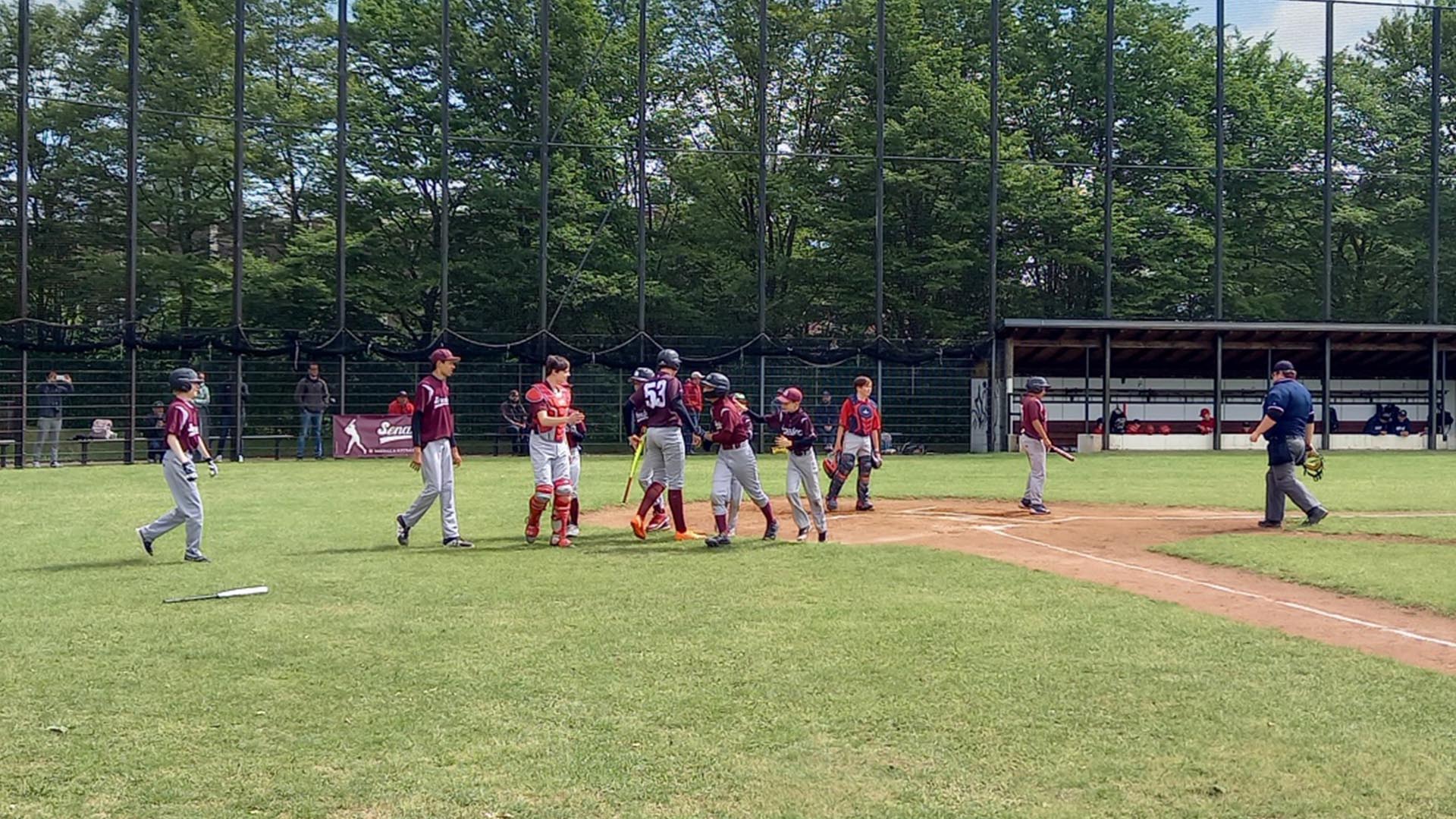 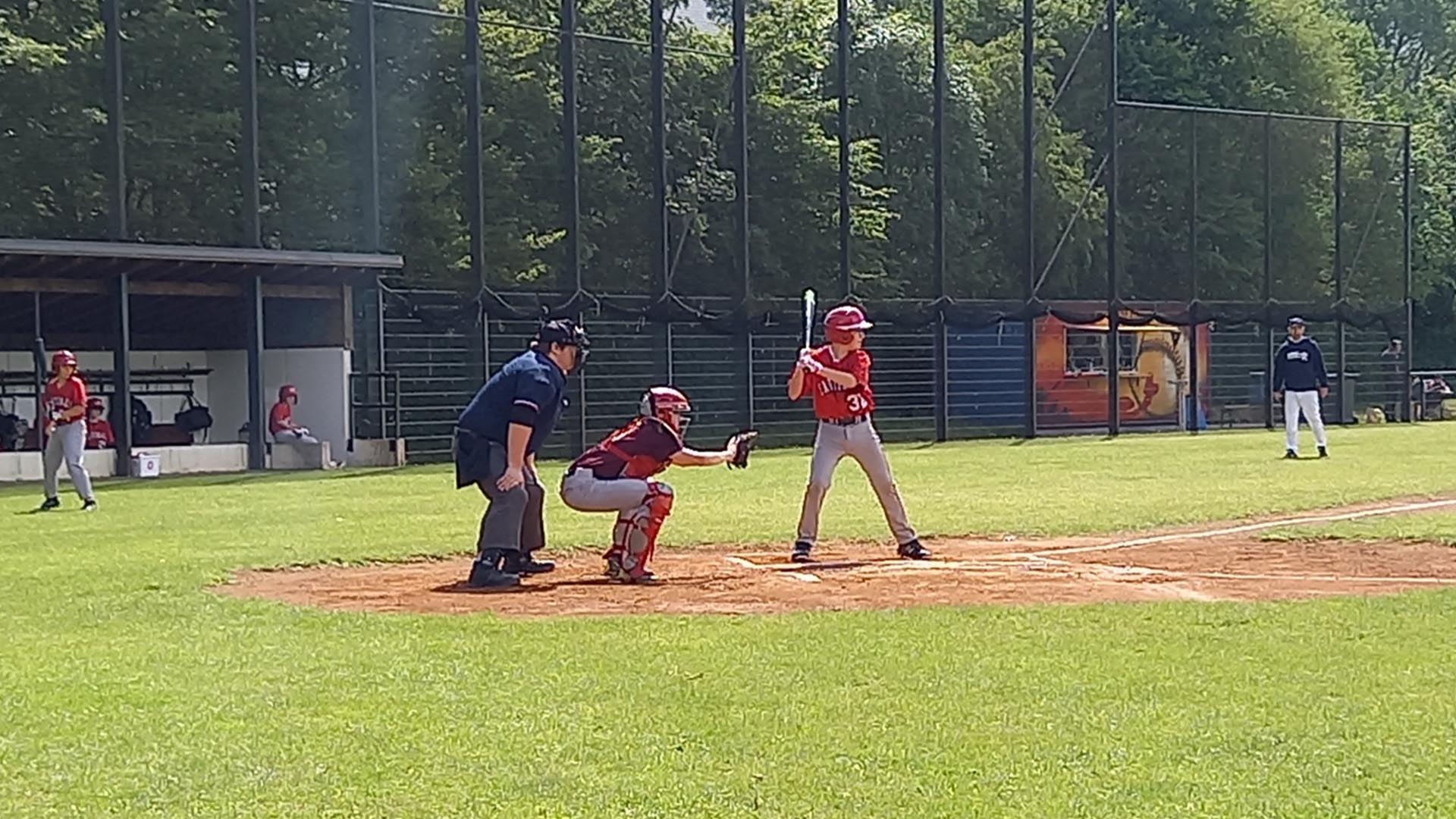 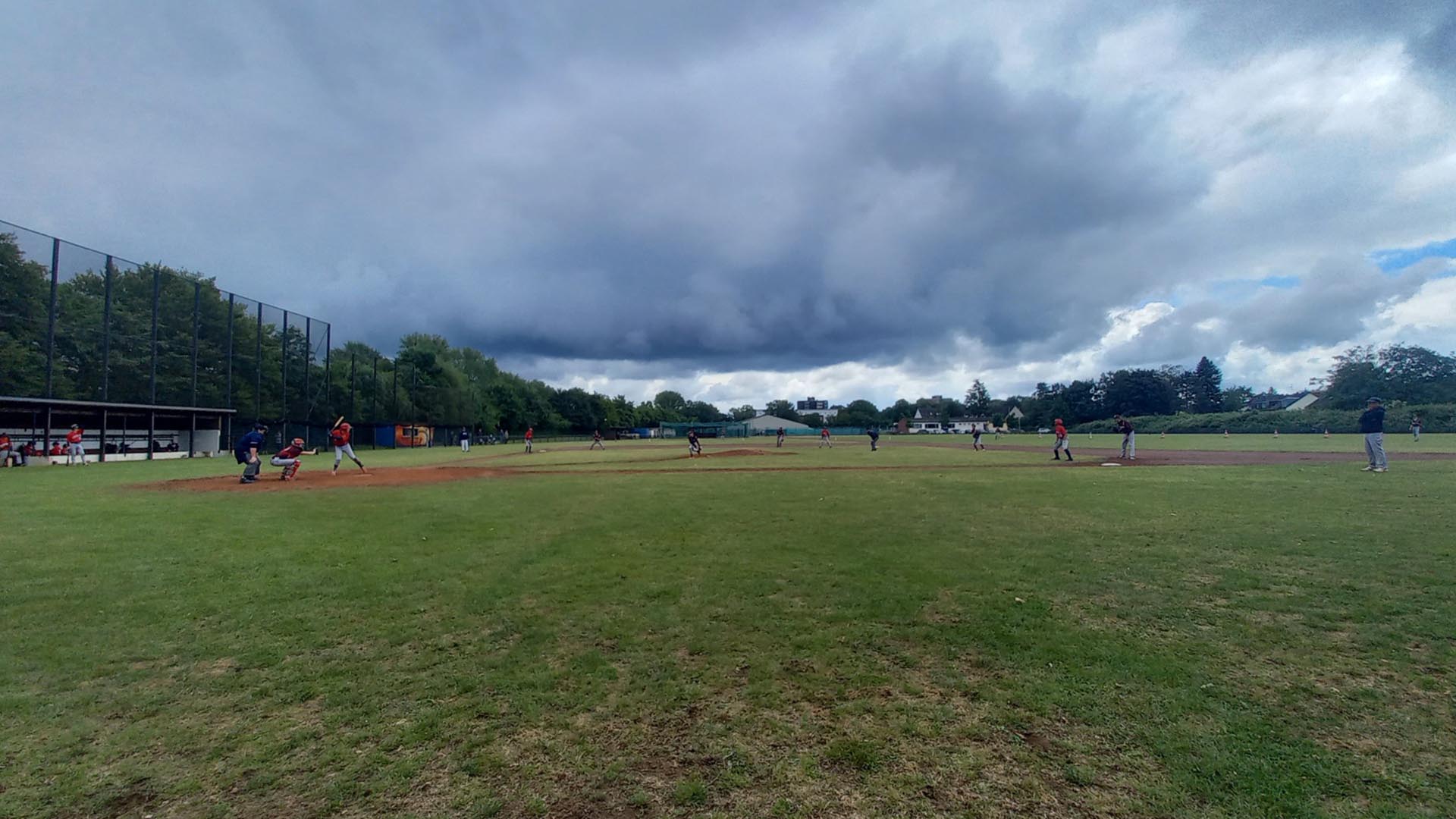 With 19 runs to victory, again

When the temperatures were a little colder, our 15U played their first home game against the Cardinals from Cologne in the Landesliga Division. Max and Till made a brilliant comeback after a long injury break. Till opened the game on the mound and only allowed 2 runs with 2 strikeouts.

Our 15U then went to bat and the team spirit inspired our boys at bat: Sakuta hit a home run and one run after the other followed. Damiano, Max, Alvar, Massa, Rayan and Matheo were in top form – the scoreboard showed 11:2 after the first inning for the team coached by Max and Holger.

Interrupted by two rain delays, Yannick on the mound, Leon behind the Plate and Paul in the outfield were convincing in the second and third inning. The guests from Cologne were impressed by this strong performance and put up 5 more runs in the following innings. Due to many illness-related absences, Luka from the 12U team complemented our team with a solid performance in the fourth inning.

With this deserved 19:7 victory, our 15U remains undefeated at the top of the table in the division.