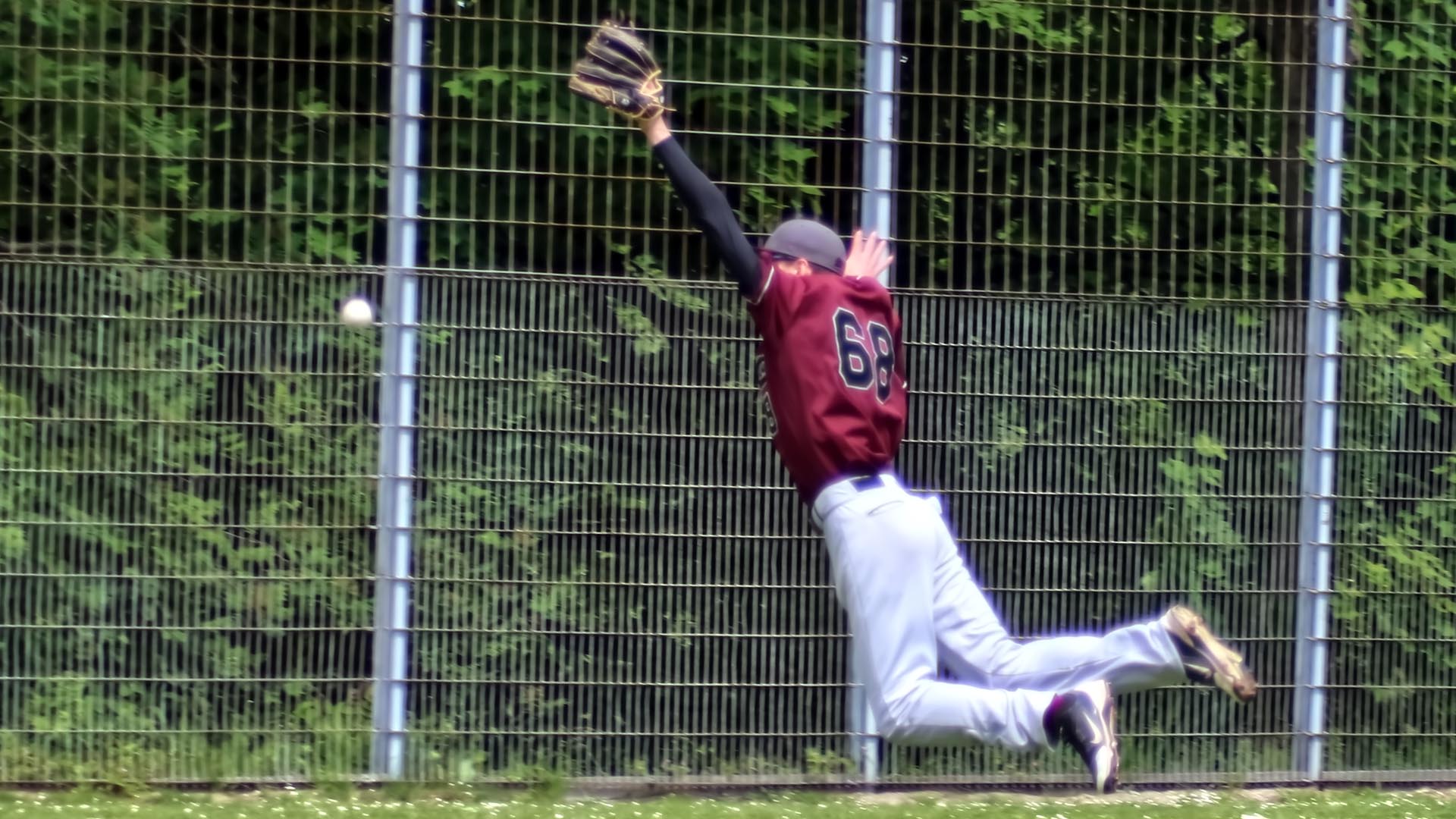 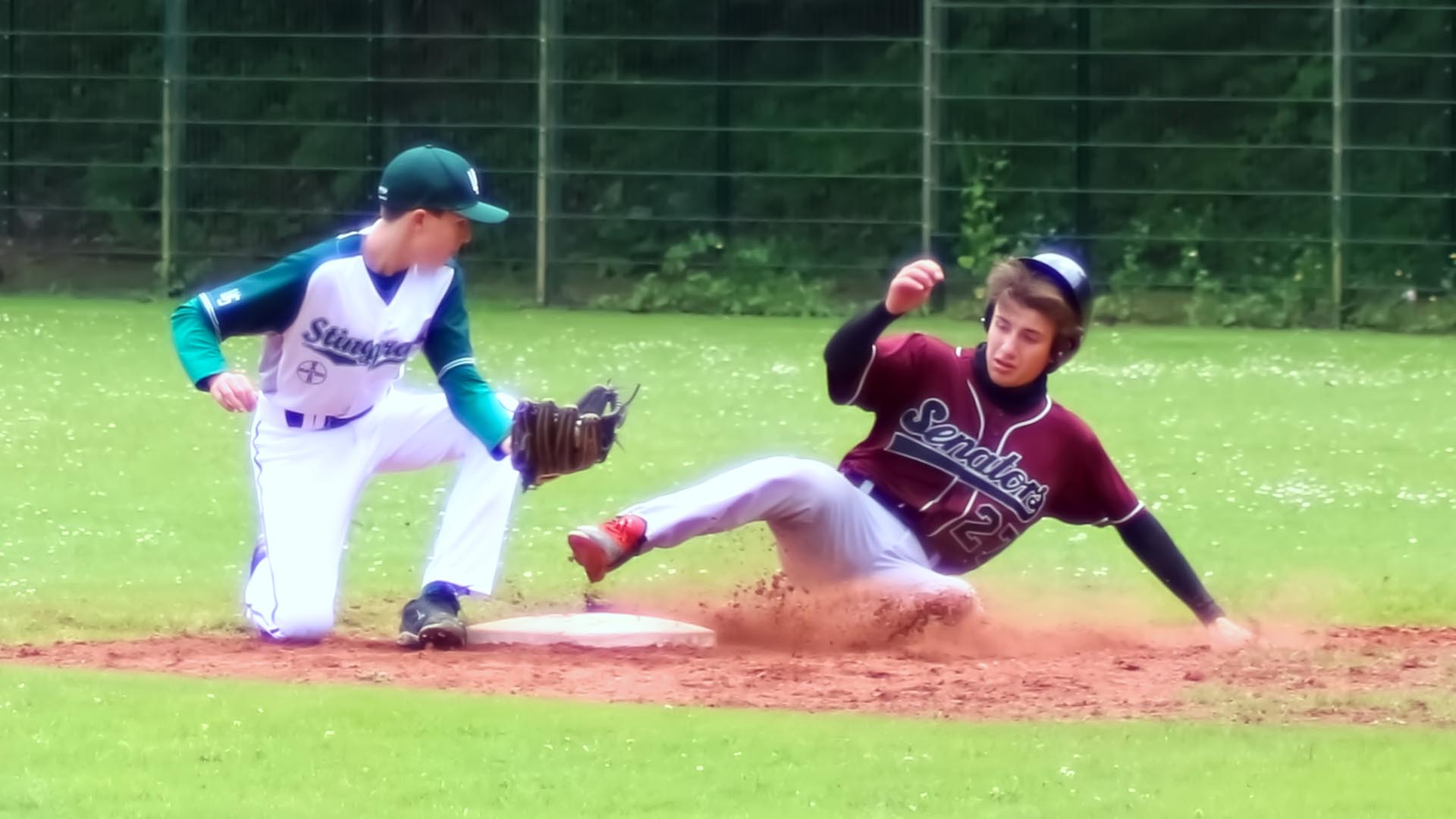 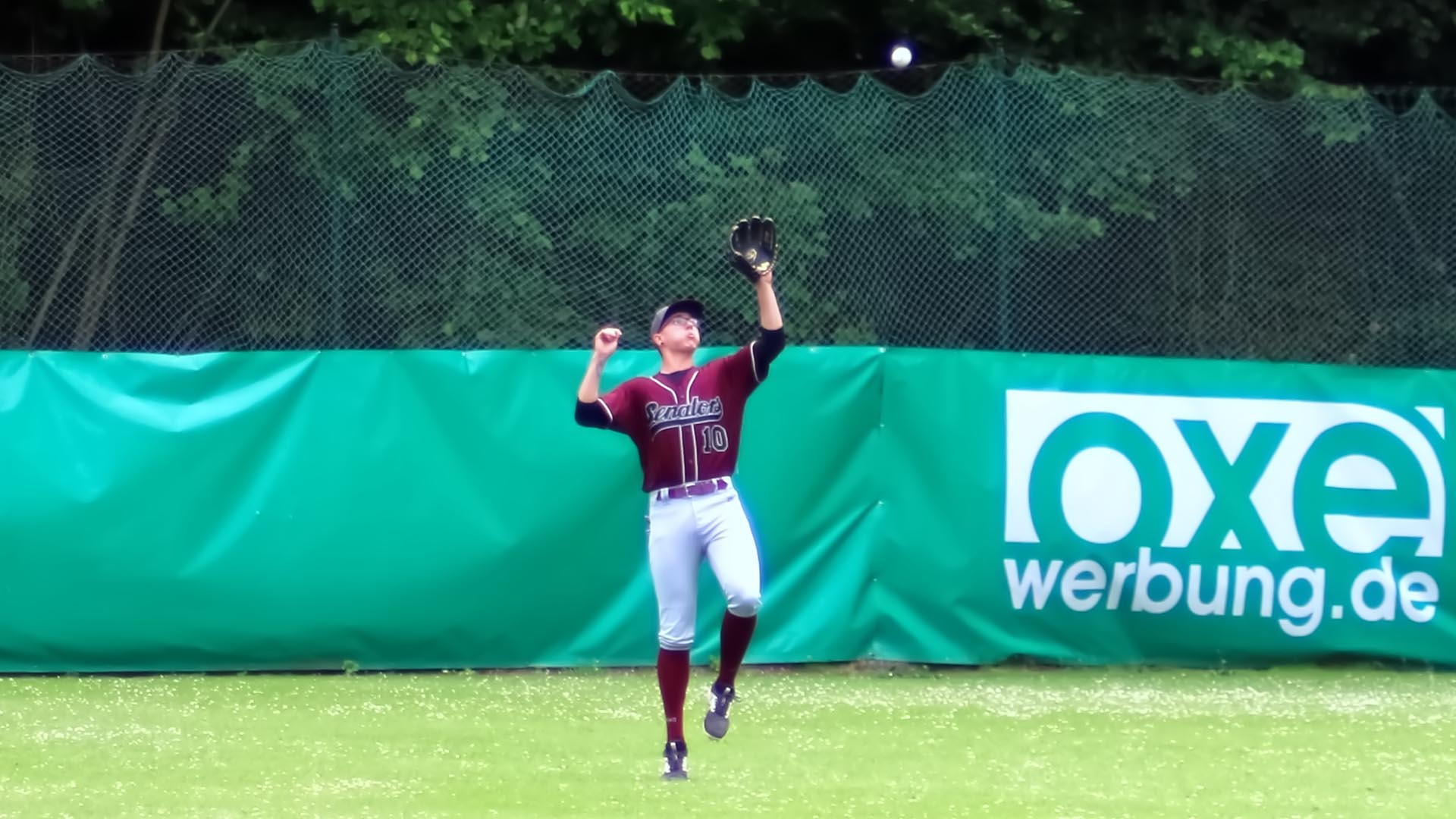 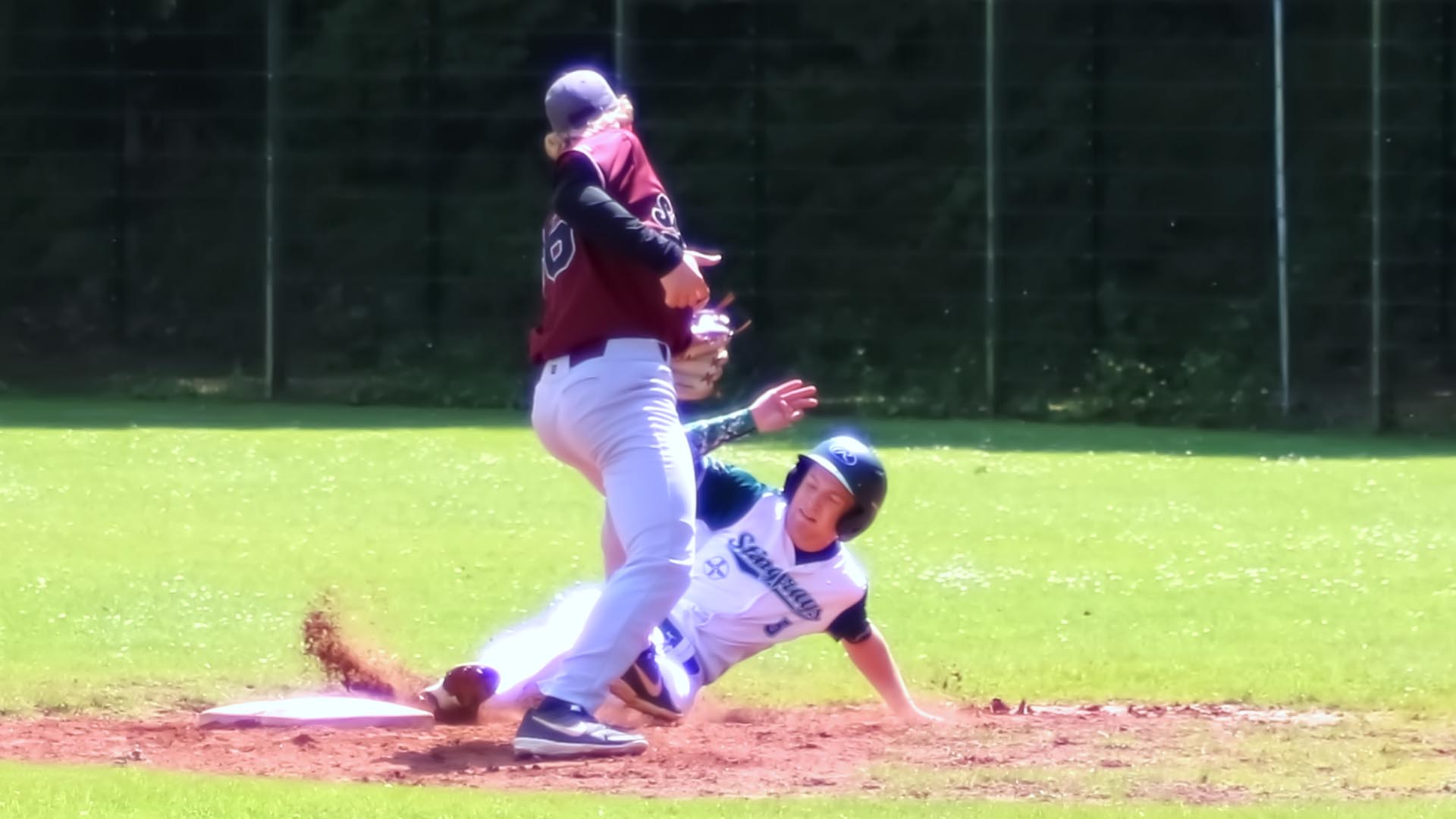 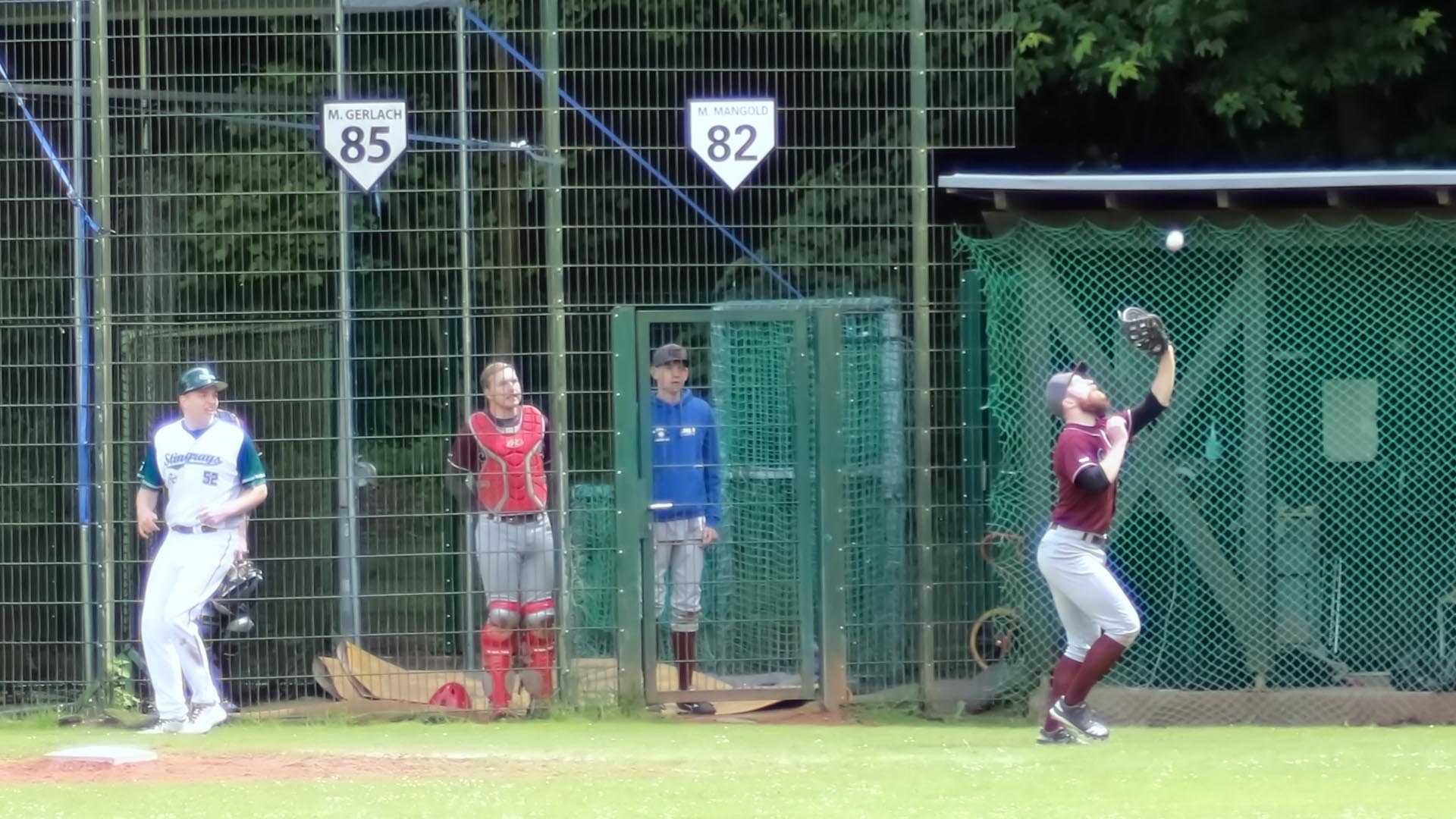 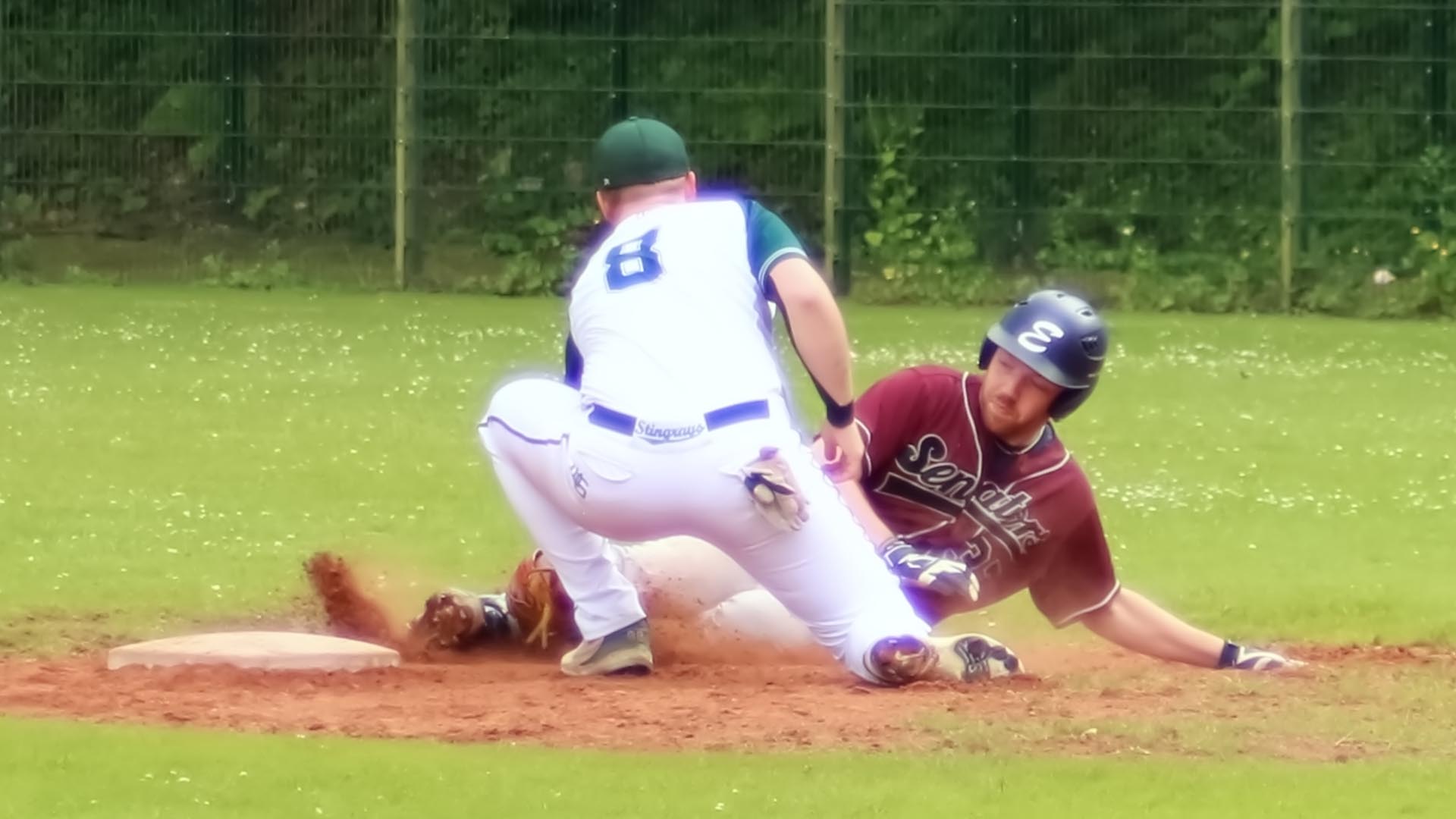 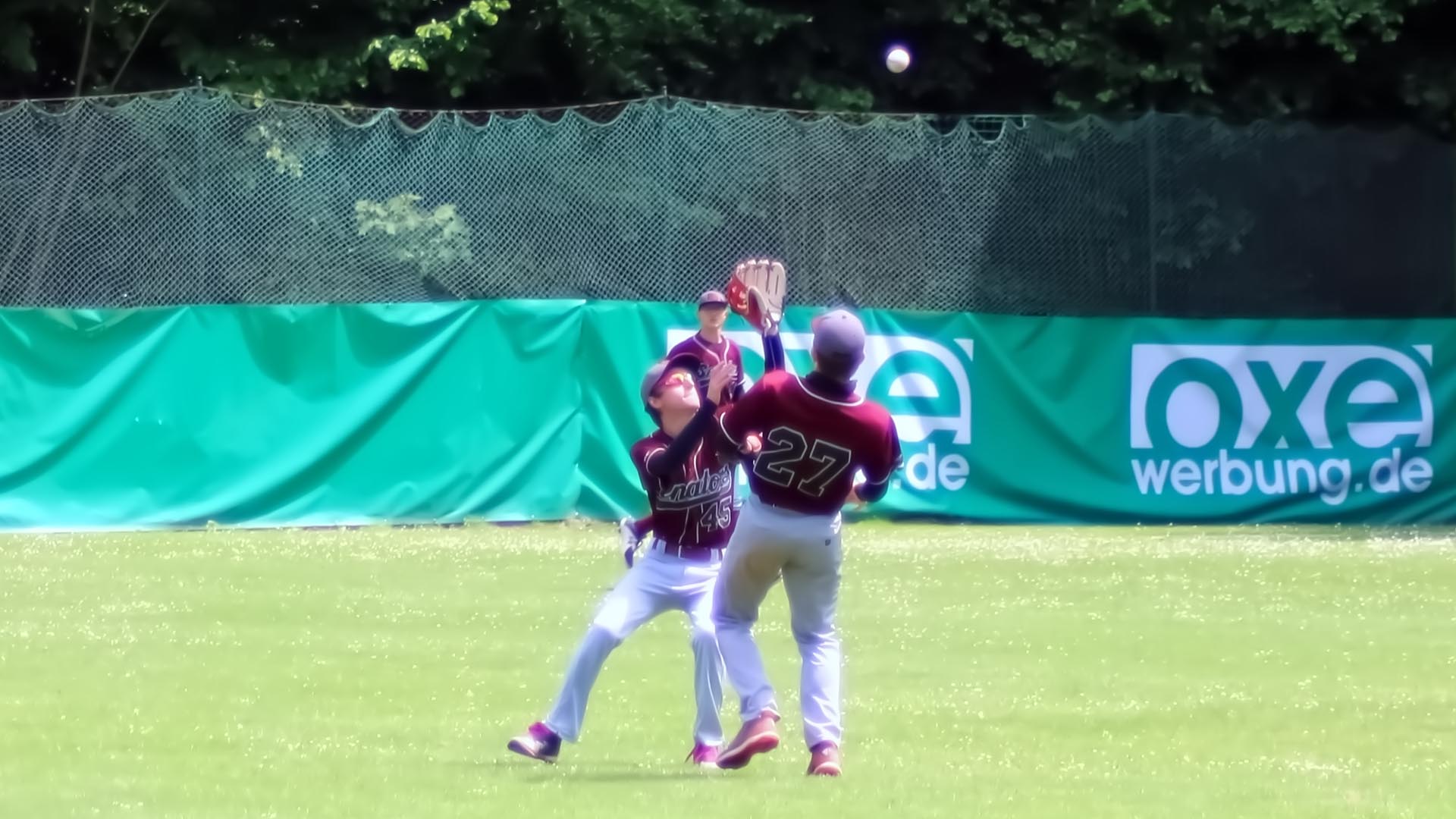 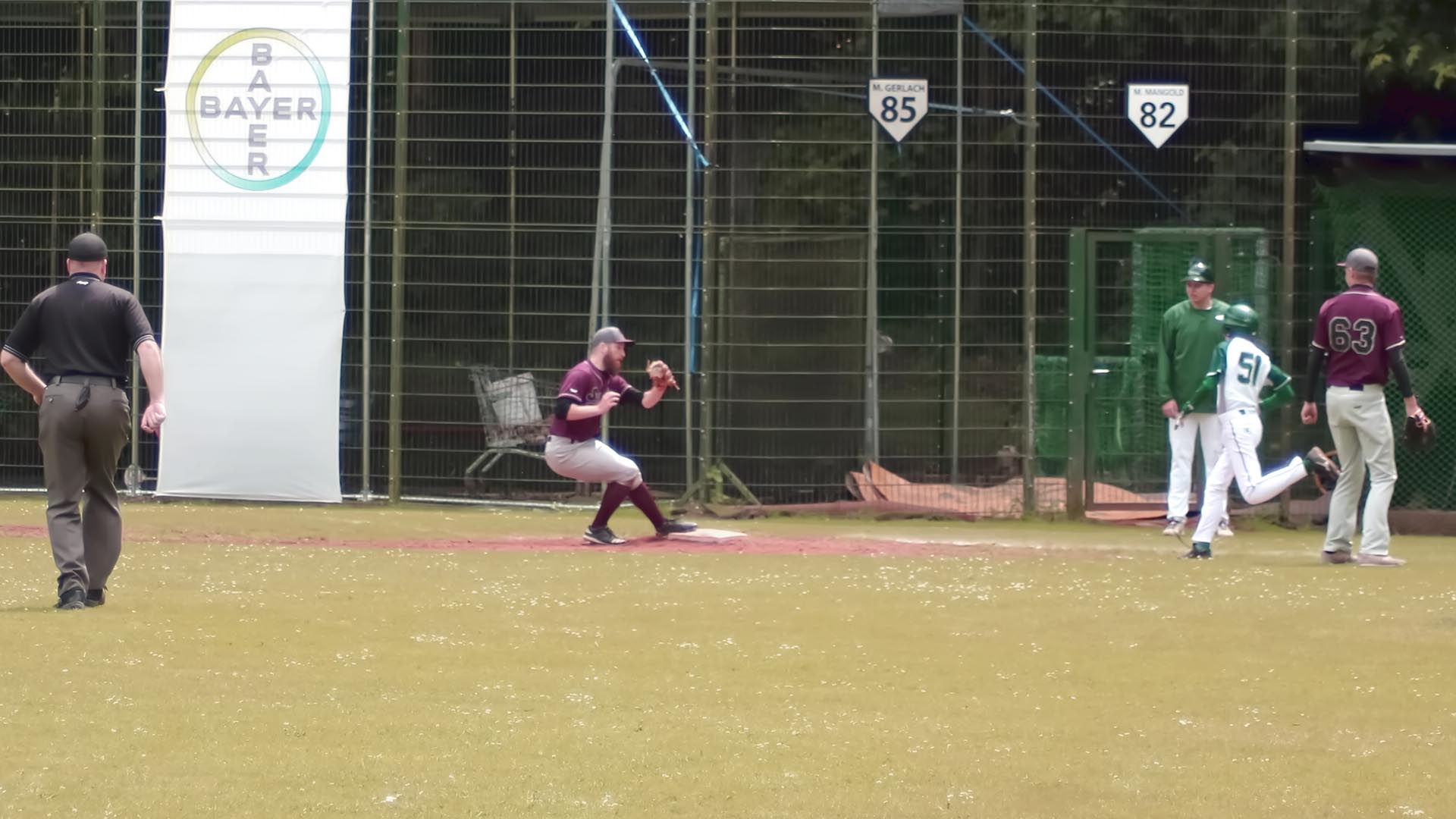 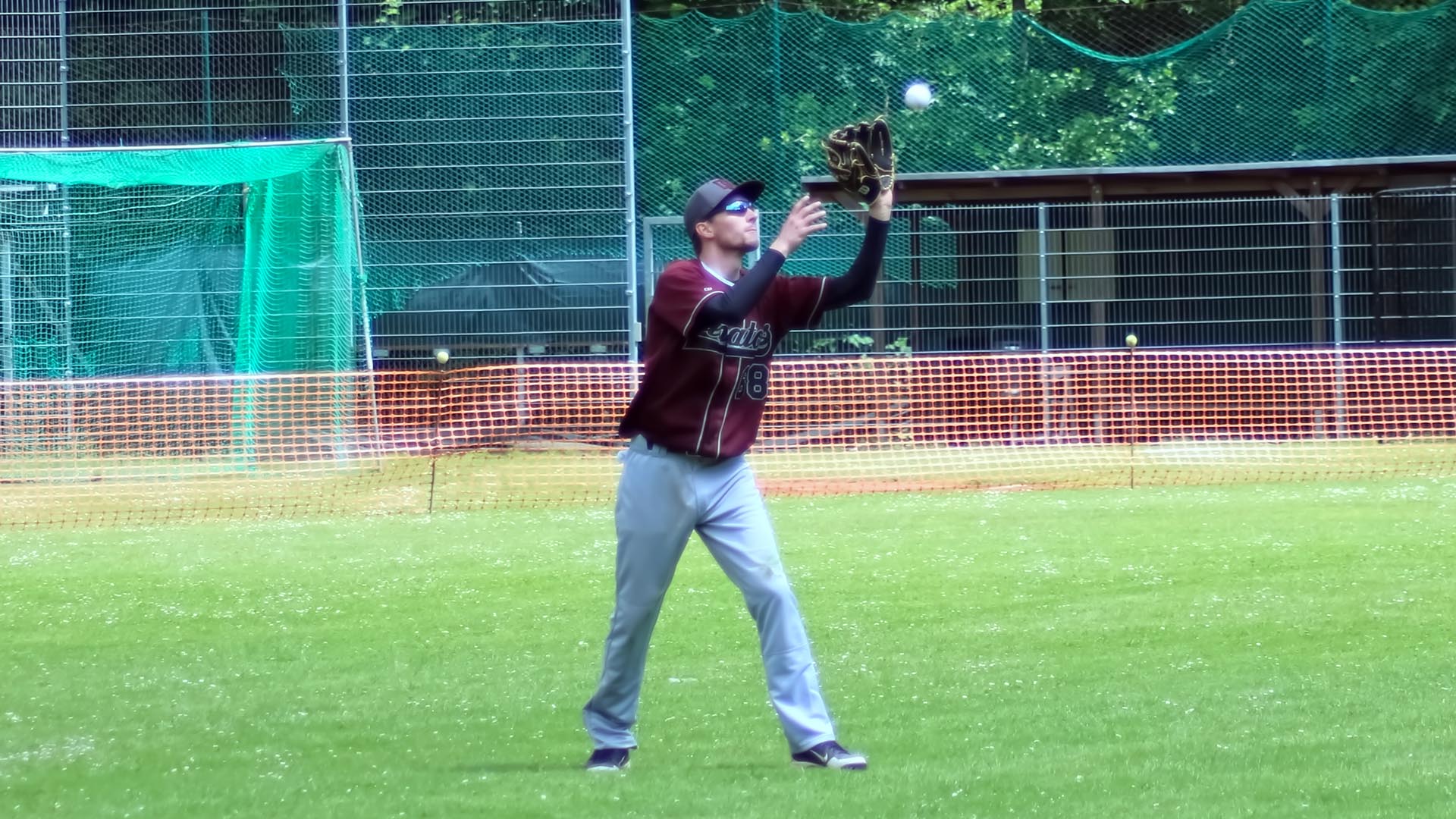 Now a derby with old teammates was coming up.
The hosts started with a 0:3 lead after the first inning, which the Senators evened up in the third inning. Both teams showed significantly less than they could and the Senators took the lead by a small margin in the fifth inning. They were able to keep this lead because of the few hits from the Wuppertal side against pitcher Finn Jakoby. In the eighth inning, the visitors closed the game with two more points and the win was safely brought home by closer Robin Thorenz.

After the exciting first game, the Senators prepared for the second game and hoped for a similarly positive result. Max Ortmann was the starting pitcher for Wuppertal and Javier Liere Paz for Düsseldorf. The game started with few runs and a score of 1:2 in the fourth inning for the team from Wuppertal.

Then the Senators started an incredible 8-run inning in which almost every one of the 9 players hit in a run. Pitchers Wolfgang Thorenz and Lucas Tolkmitt continued to do an excellent job and only allowed 3 more runs, while the Senators offense showed their strength and scored 6 more runs to end the game 15:5.

The players were very happy with the result and left the field with smiles on their faces and motivated for the rest of the season.