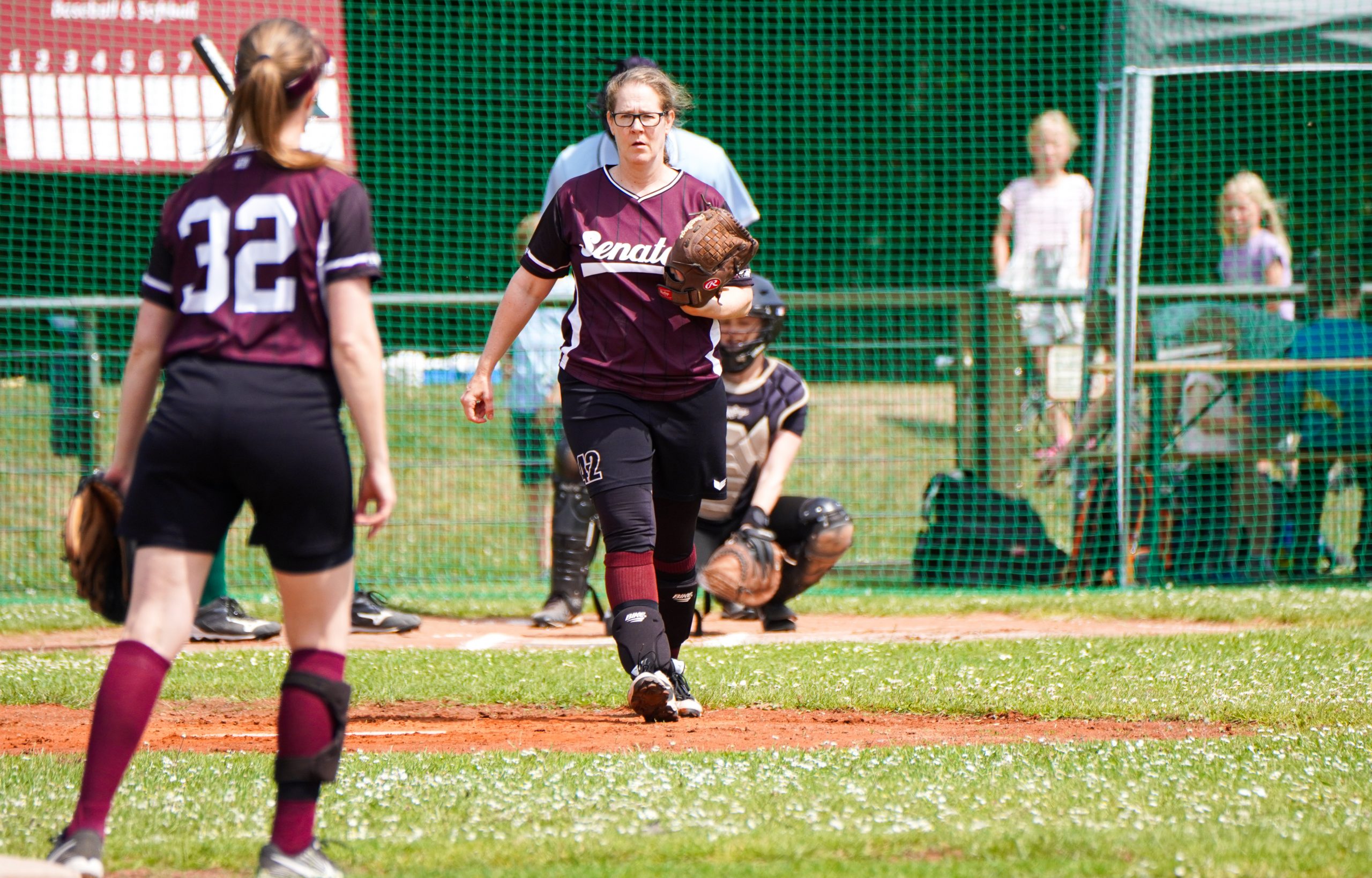 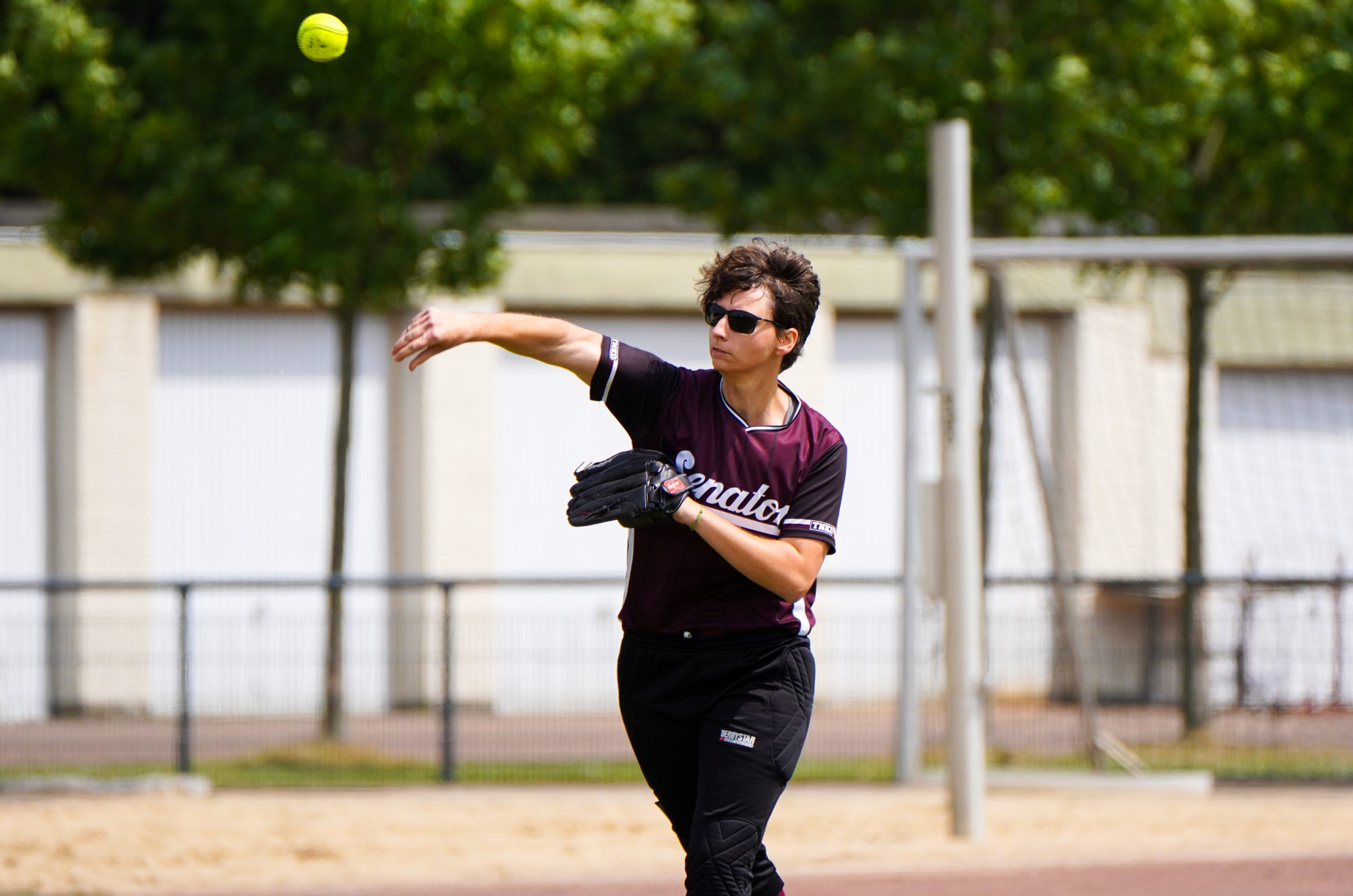 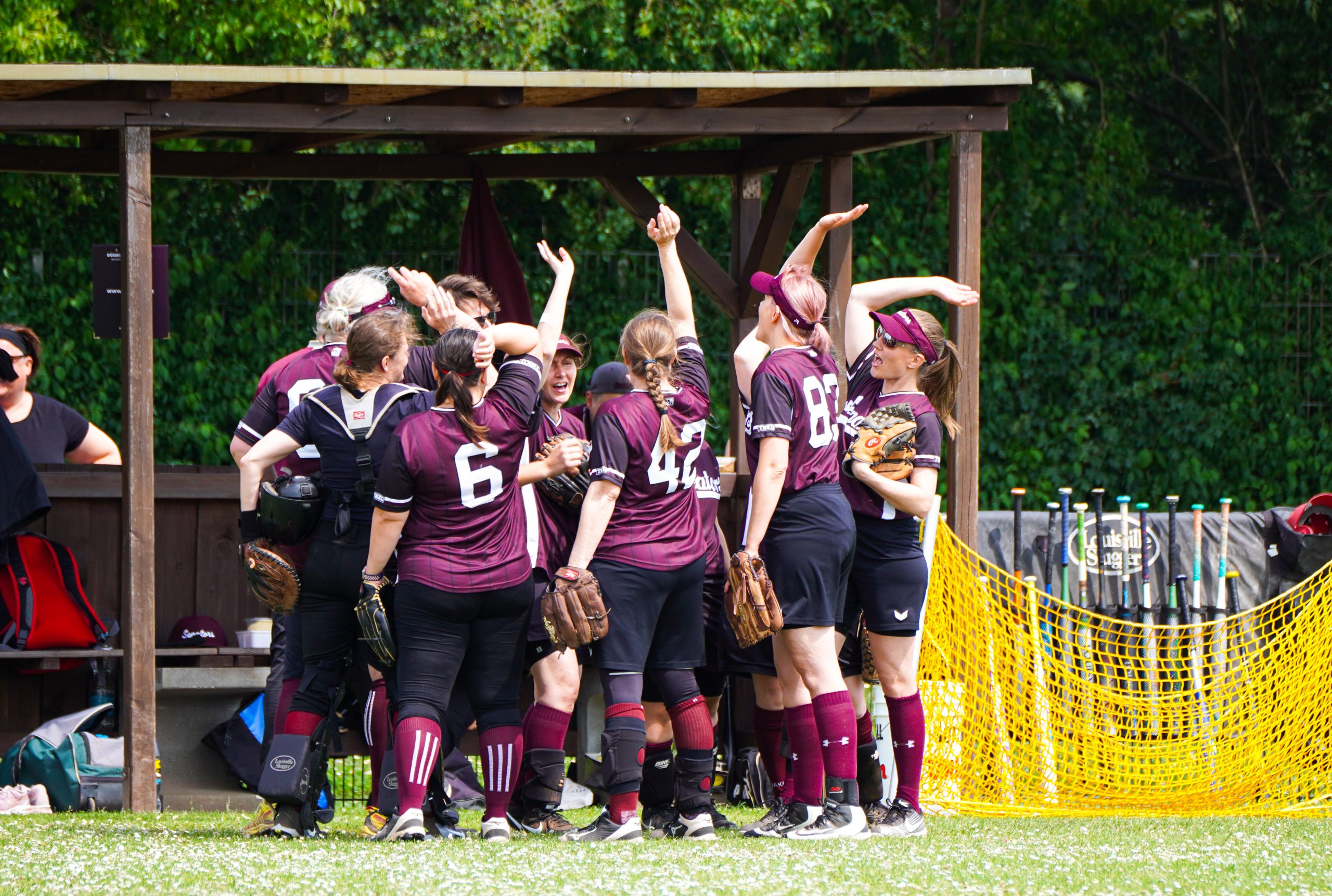 Home Opener – Not for the faint hearted

Last Sunday, June 19th the time had finally come. After a good ten months, the Senators Ladies returned to the softball field on Südallee for their first home game.

Even if the coaches again had to plan without some players due to injuries, the anticipation was greater than the worries. With the Ratingen Goose-Necks they had the league leaders as guests.

The ladies immediately went to work with concentration and created enthusiasm among the numerous spectators who had come. In the first three innings, they were difficult to figure out on defense as well as on offense. The reward, a 9:1 lead.

After a very good four innings, starter Renee’s working day in the Circle was done and Sarah took over.

After a strong relief appearance in Aachen, Sarah didn’t find her way into the game that day and so the coaches pulled the emergency brake after just five batters.

“That may be difficult for spectators to understand, but it was agreed up with Sarah as well. At that point we had a real chance of winning and we didn’t want to let this opportunity pass us by.” said Frank Mohr after the game.

Such an early change would have been impossible last season because the pitcher’s position had not been filled sufficiently well.

But here, too, the senators seem to have done their homework.

With a score of 9:5, two outs and a runner each on first and second base, Vanessa, who had previously played a flawless game at third base, got the ball. After a BB and a hit, she took care of the third out herself with a big punch out.

At the beginning of the 6th inning, the Senators Ladies were able to maintain a wafer-thin 2-run lead (9:7).

“The focus at this point has long been on defense. We had trouble keeping up the pace after the goose-necks changed their pitcher in the circle to Laura Thaqi.”

It wasn’t until the end that the team settled in and recorded good contacts off of the Bundesliga pitcher, but the coaches were satisfied with the performance on the bat.

“Although we only had 3 hits, it’s perfectly fine against such an opponent.”

The number of Quality AB, on the other hand, increased by a lot compared to the previous games. They were patient and found the right answer at the right moment.

Inning 6: Three Up Three Down…

Solid as a team, with the noticeable will to not want to give up this lead anymore, they went into the 7th inning.

Of course, Ratingen didn’t give up yet and brought their leadoff on base and the potential equalizer to the bat.

“You can’t describe what’s going on inside you. The tension literally tears you apart.”

The second hitter also put the ball in play, but the ladies provided great relief, both on and off the field., with the turn of a nice double play.

Vanessa took care of the last out of the day herself and gave herself and the whole team a well-deserved victory.

“The girls can be really proud of themselves. They’ve worked so hard on themselves and it’s nice to see how the team has developed. They have more than deserved this win.”

We would like to thank the Ratingen Goose-Necks and would like to pay them a big compliment. Without you, this great and exciting game would not have been possible.

We look forward to our next game in Ratingen.

Fotos by A. DeAngelis