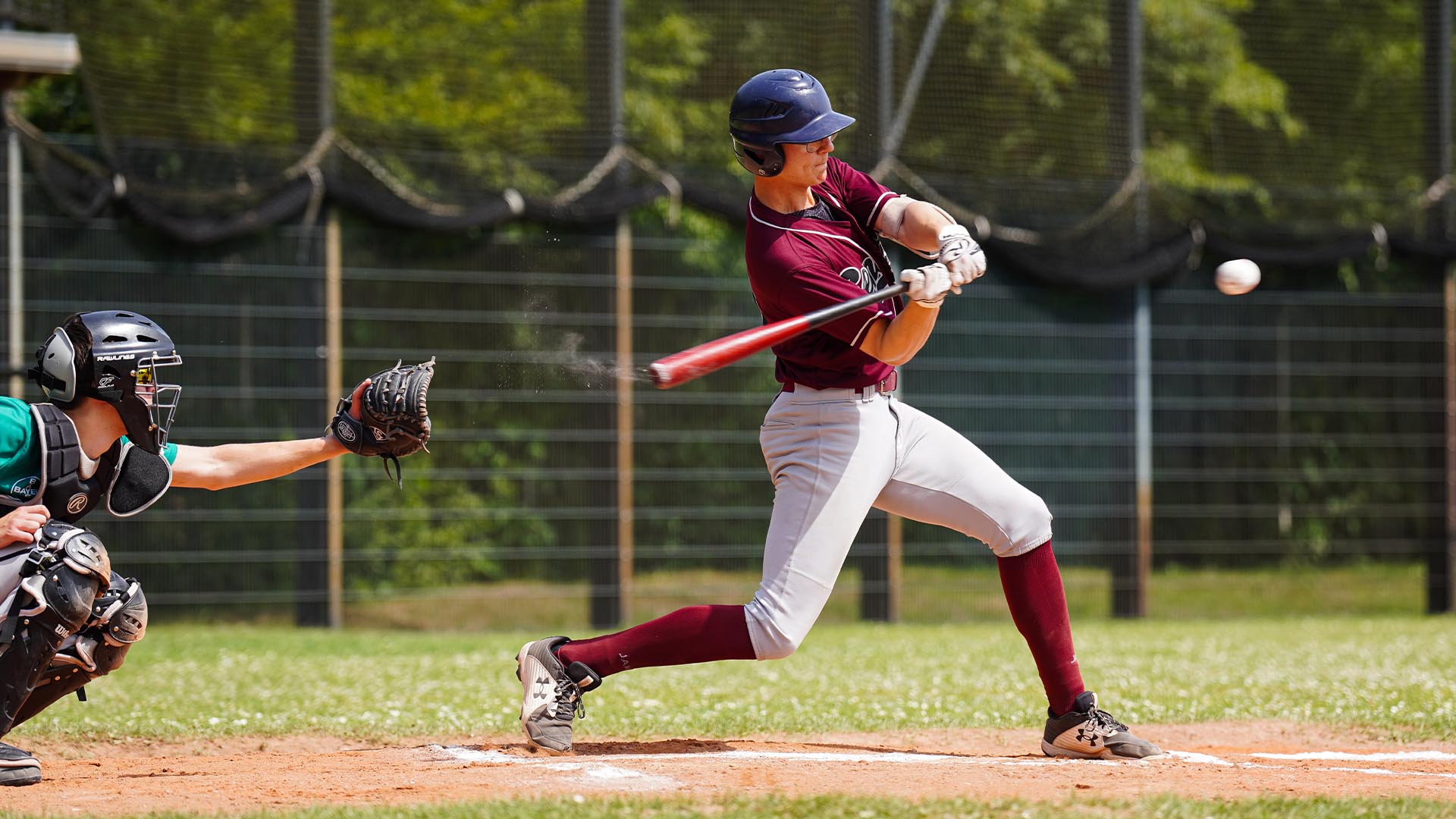 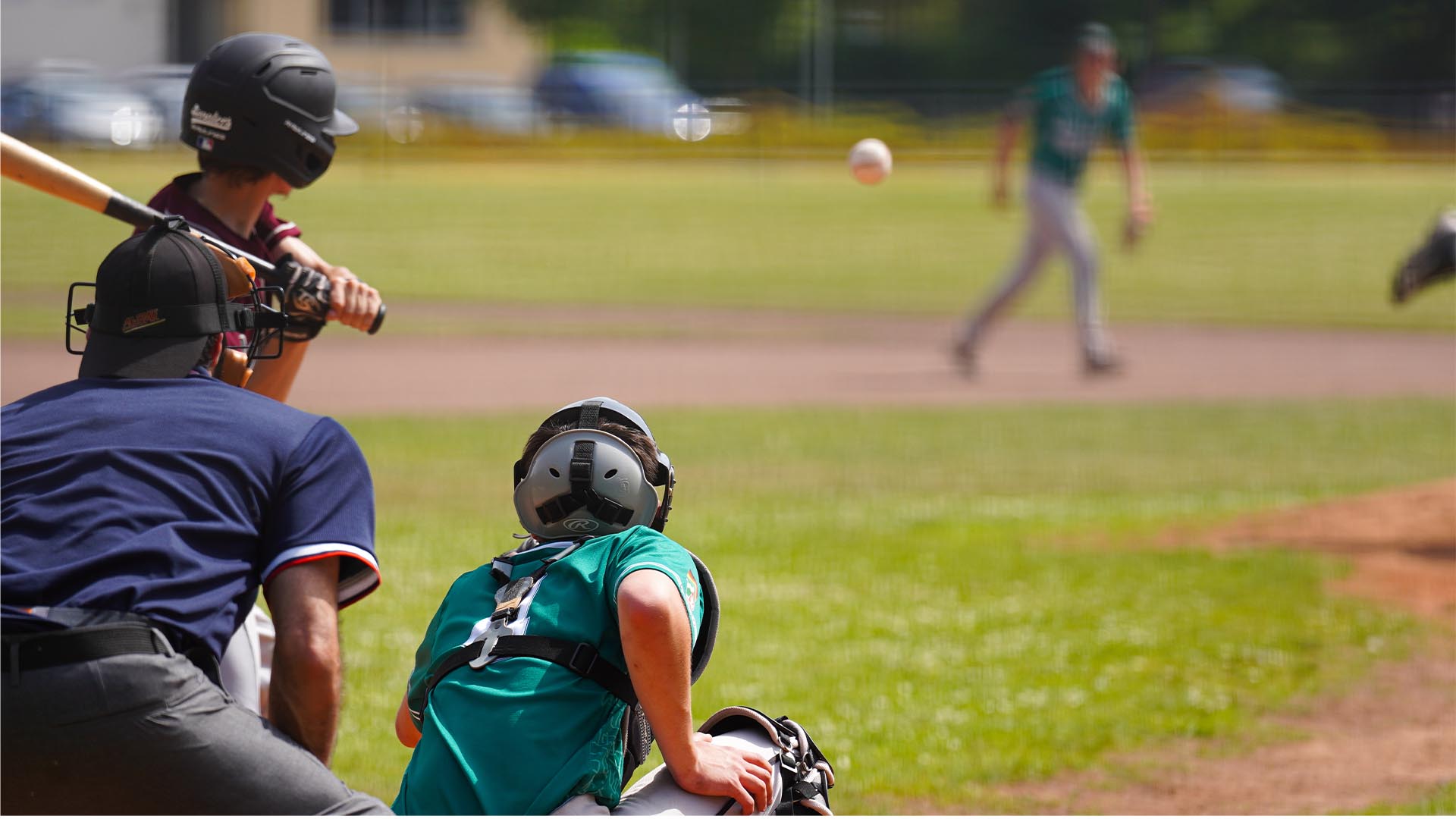 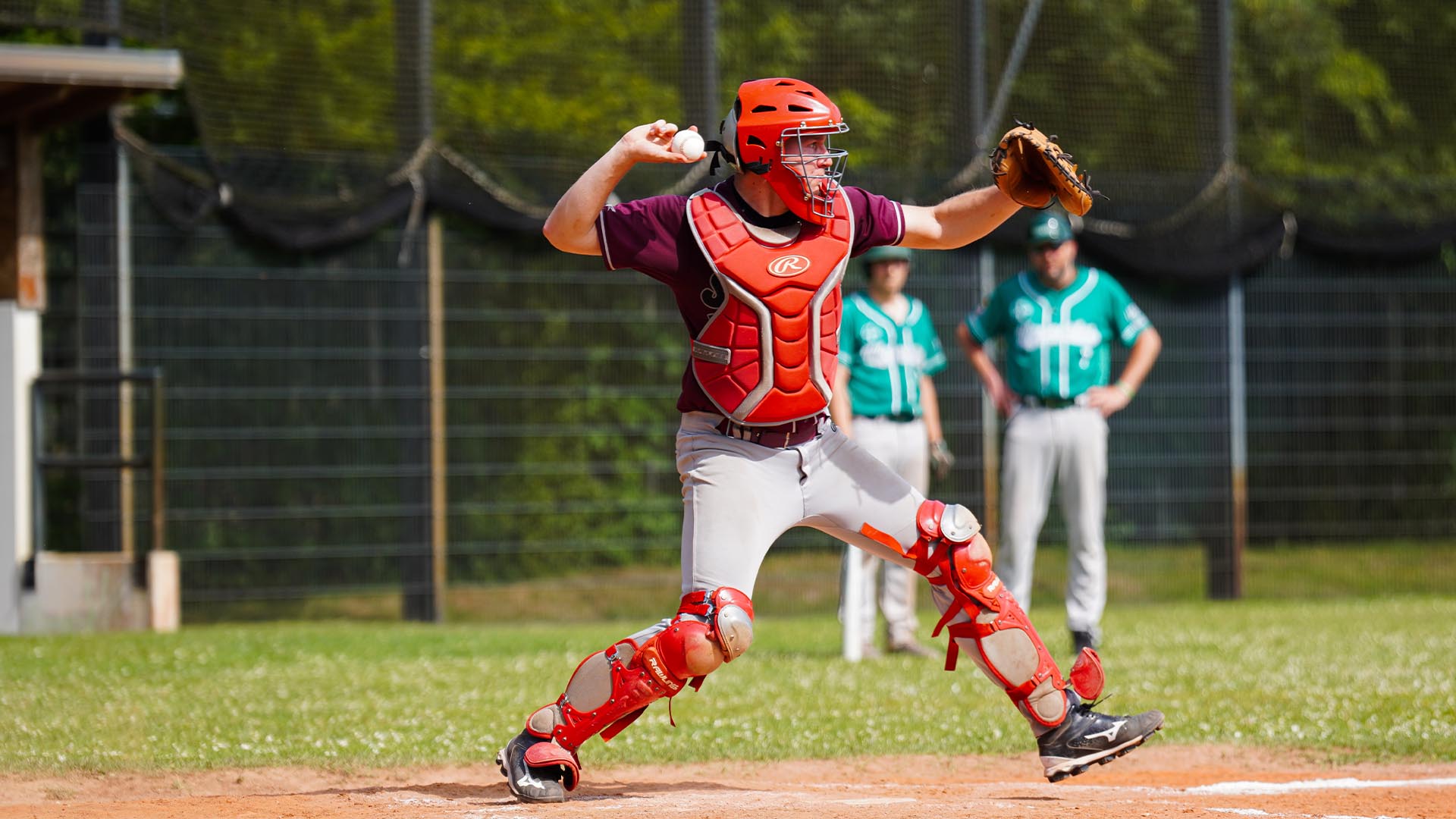 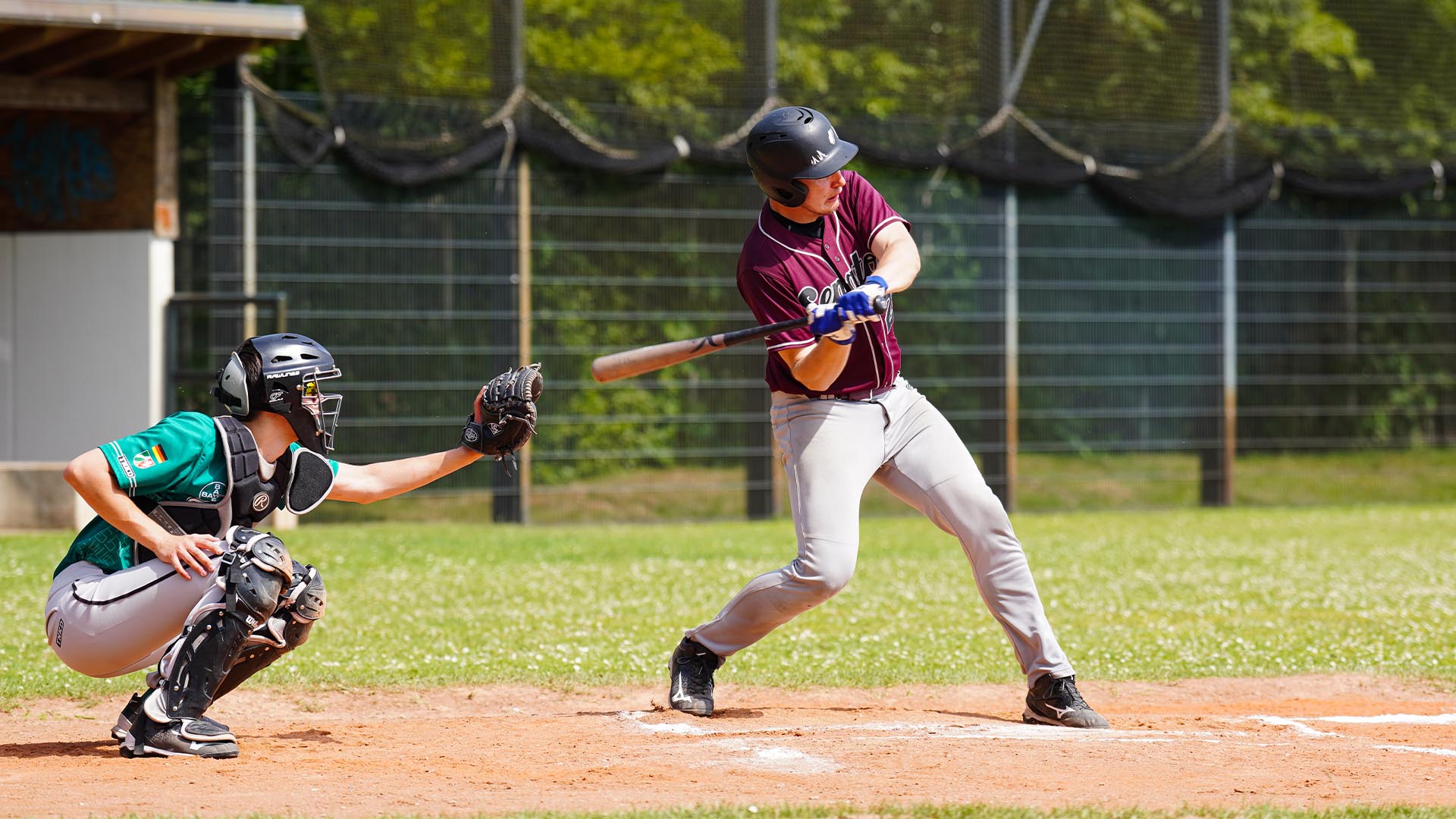 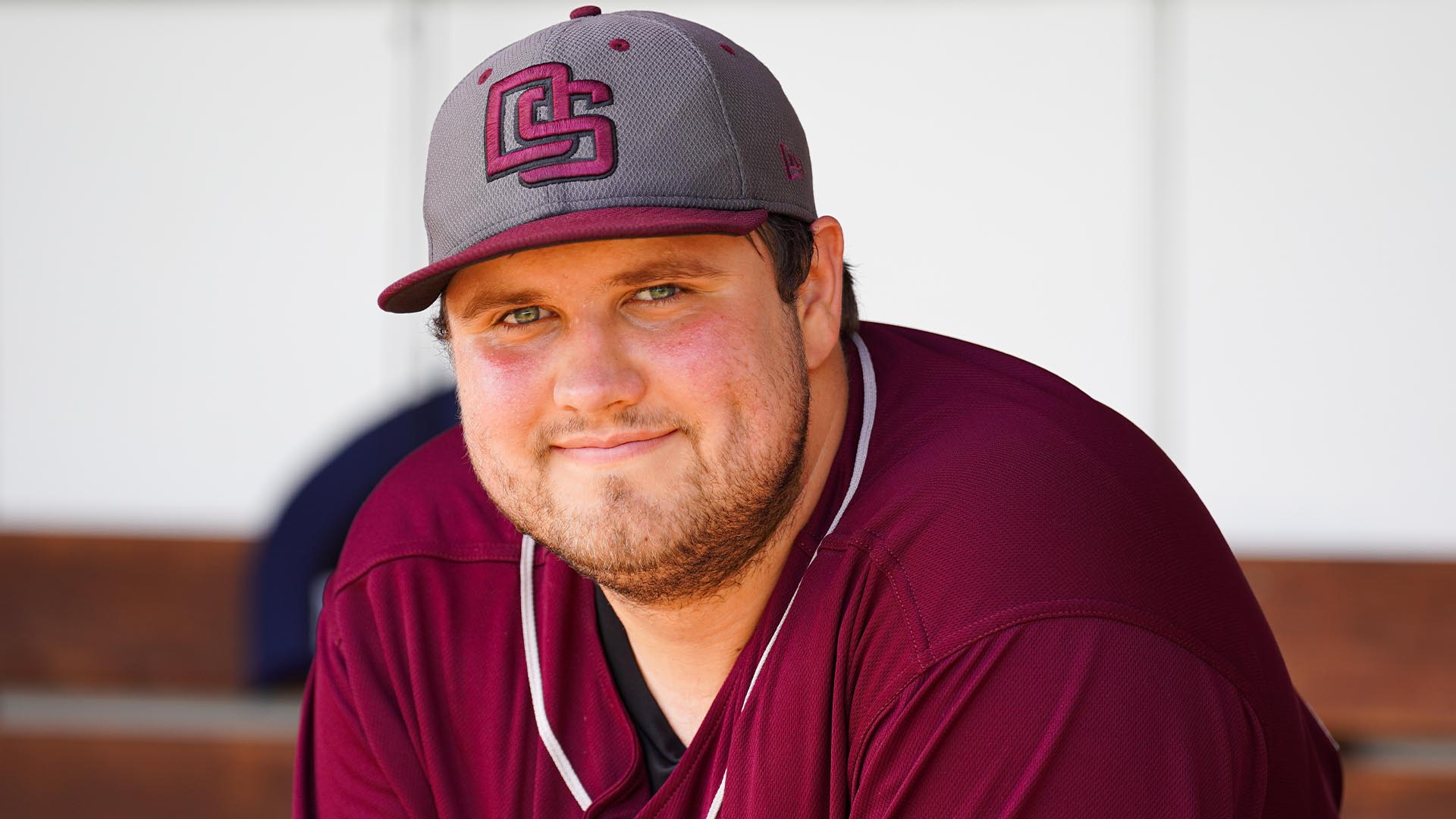 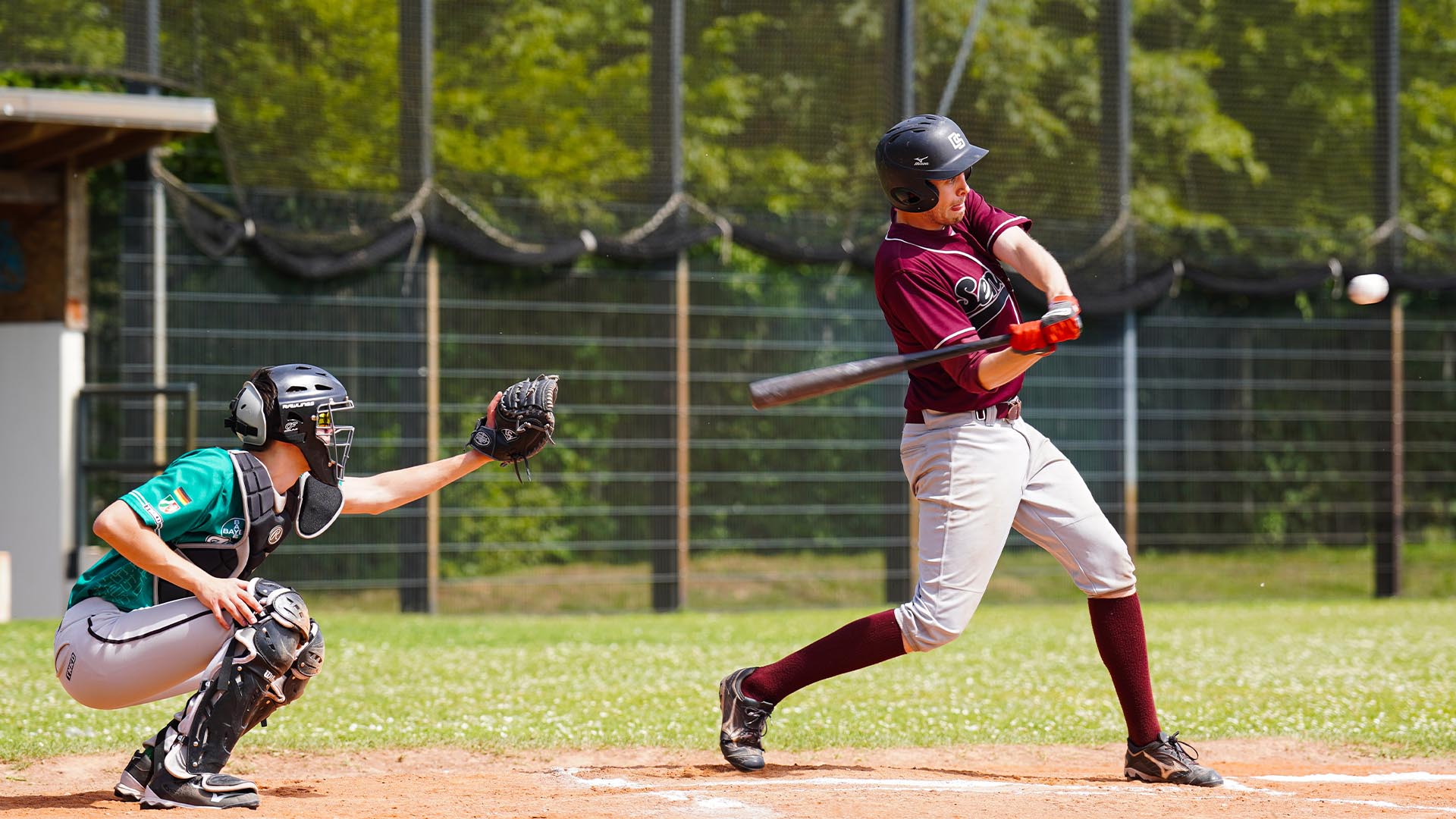 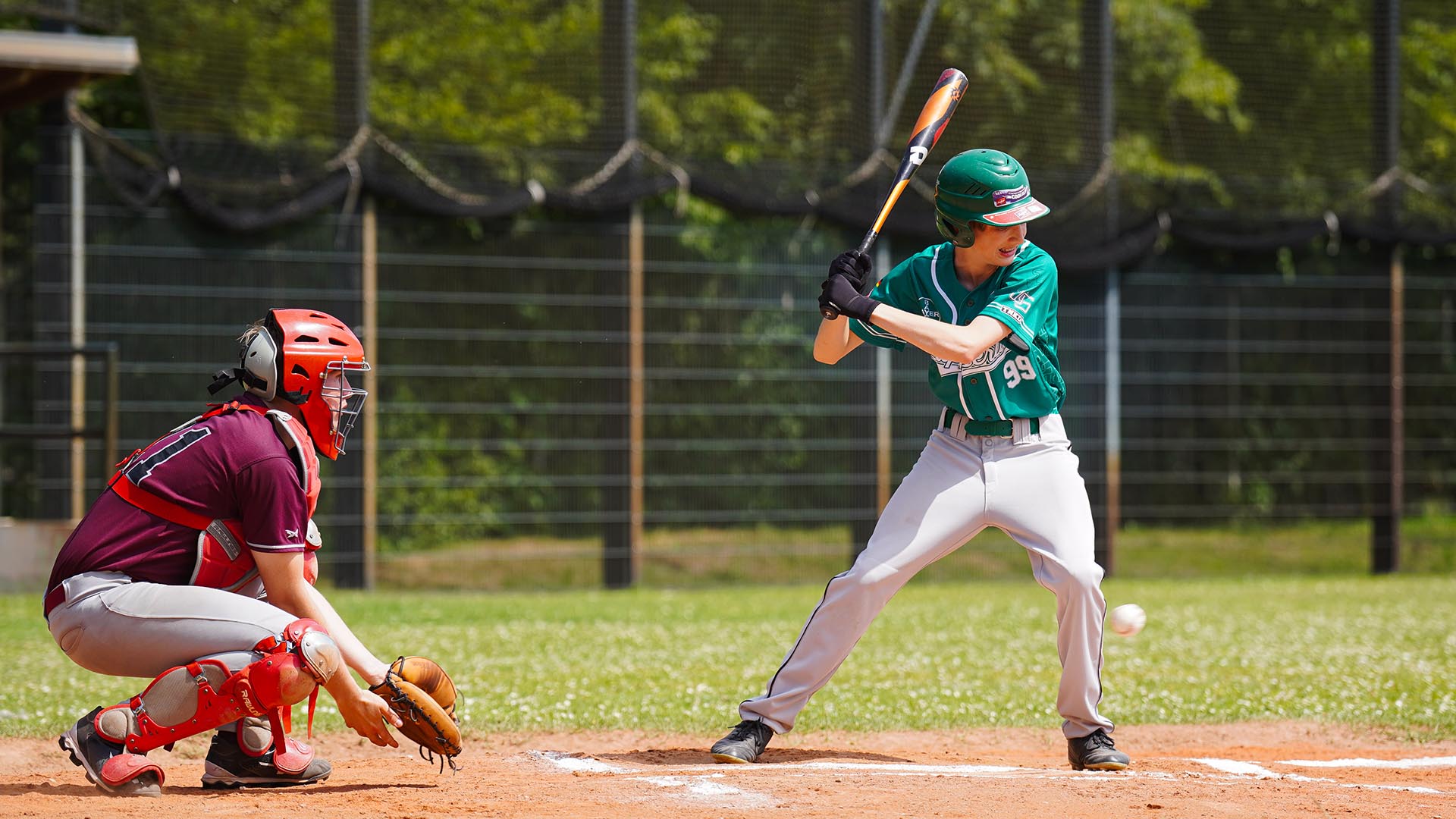 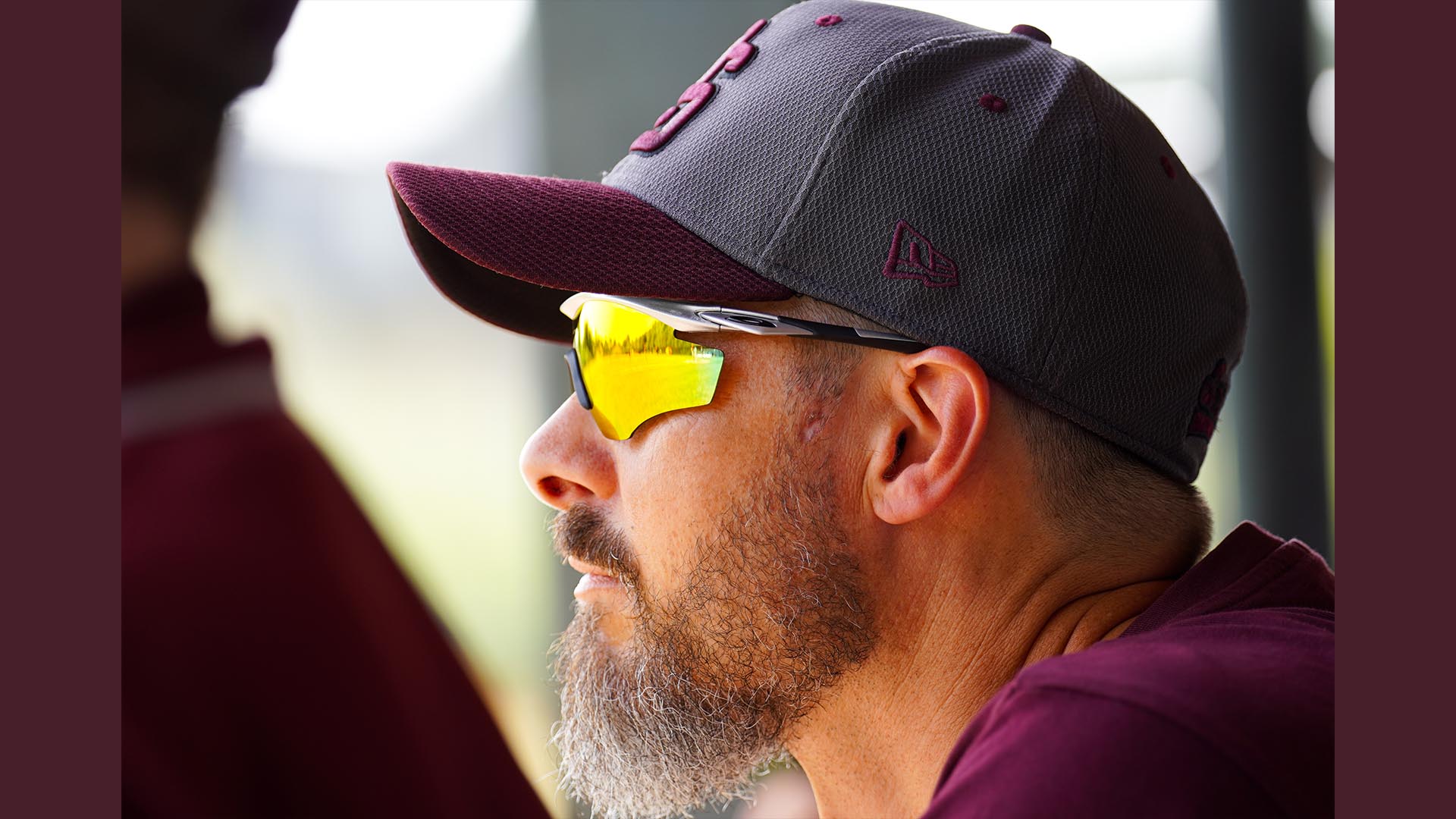 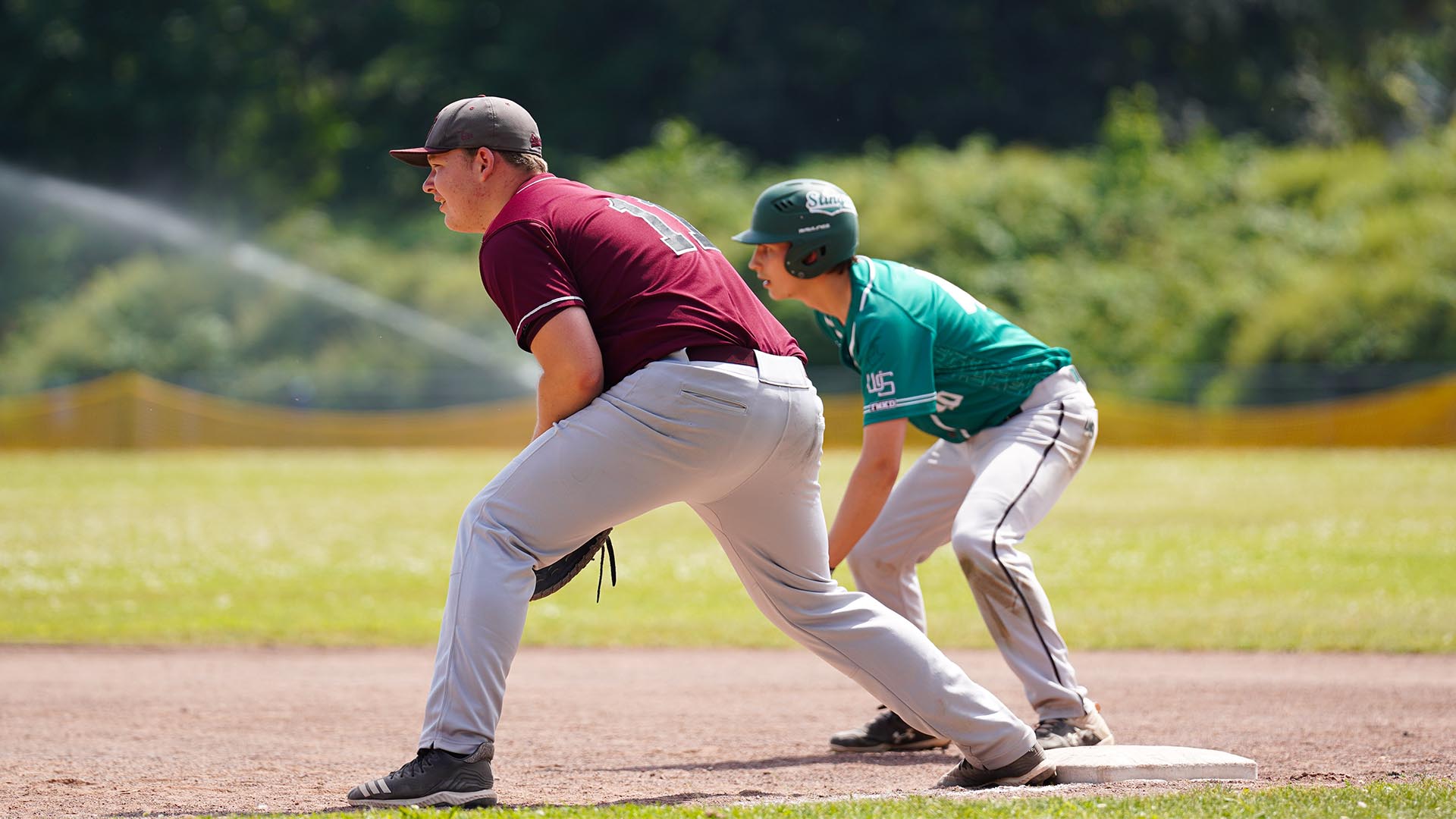 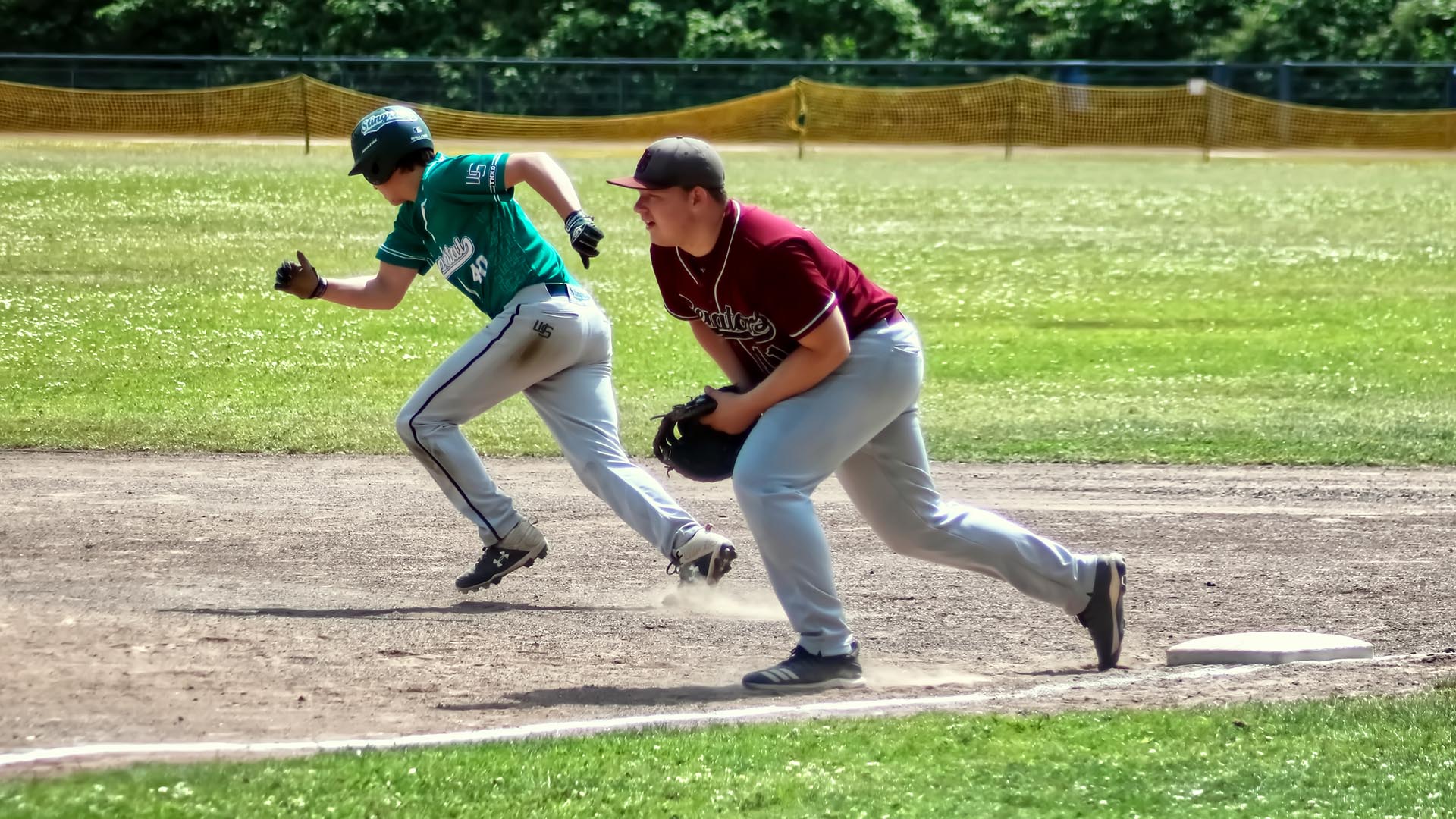 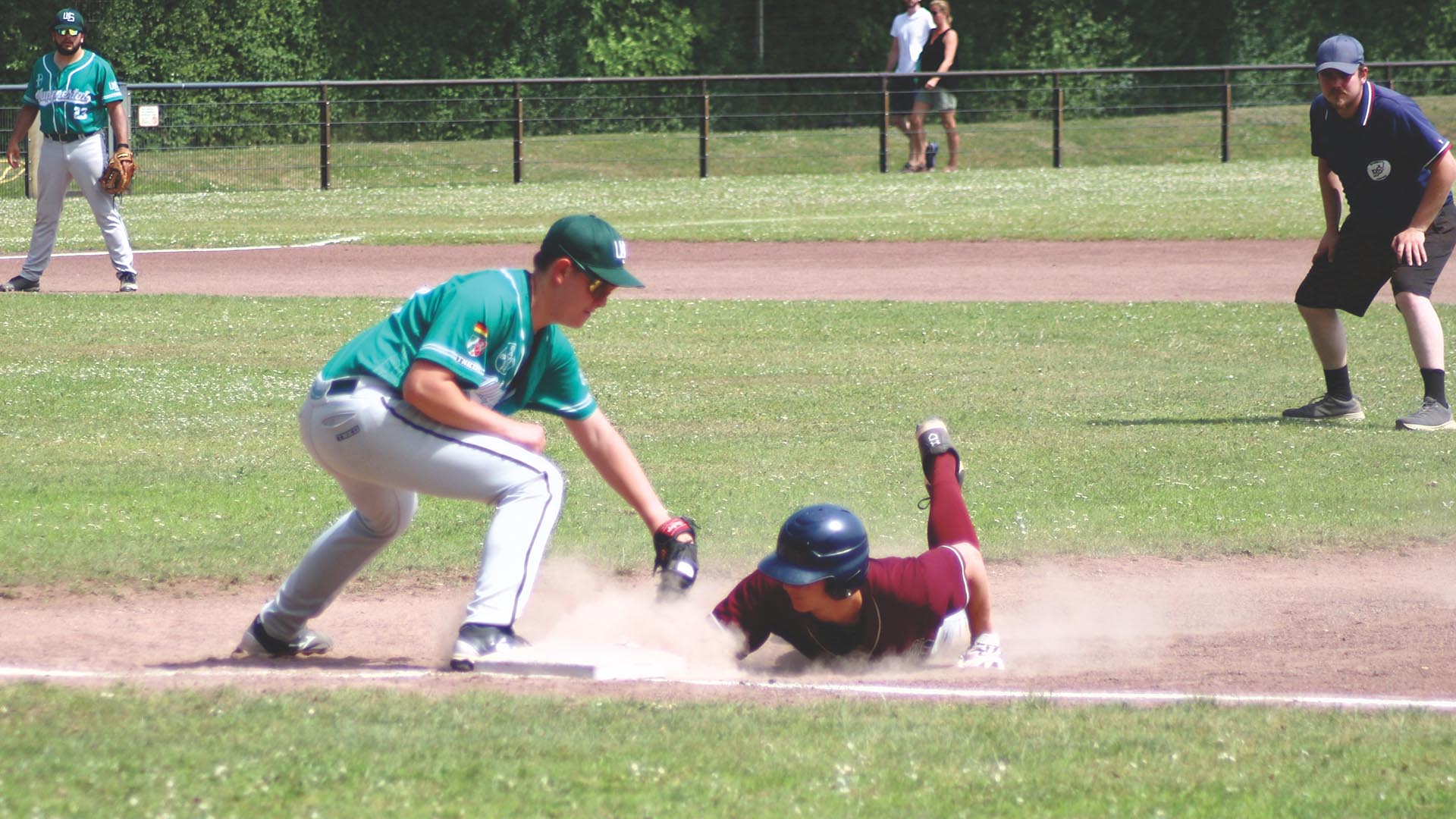 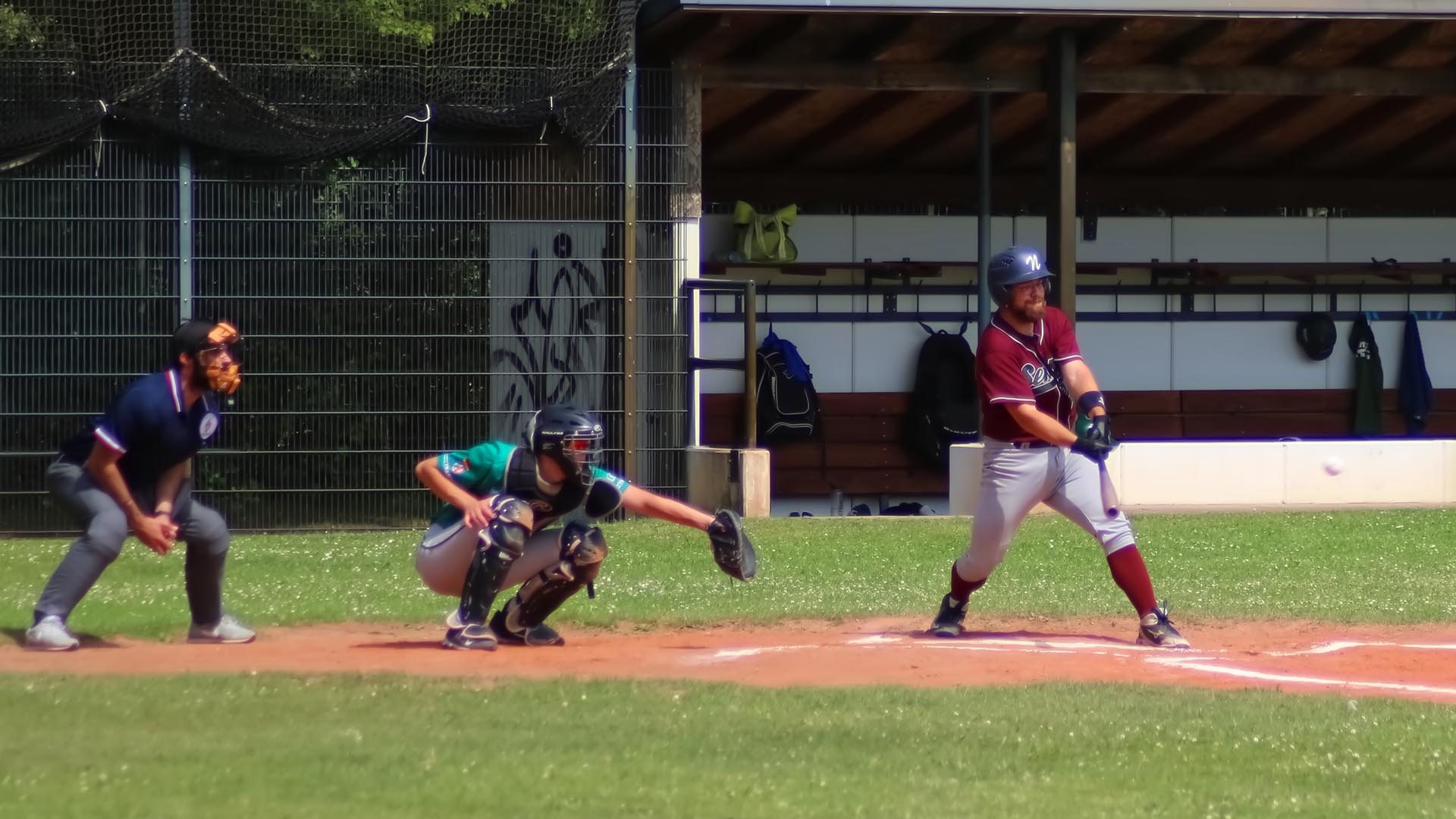 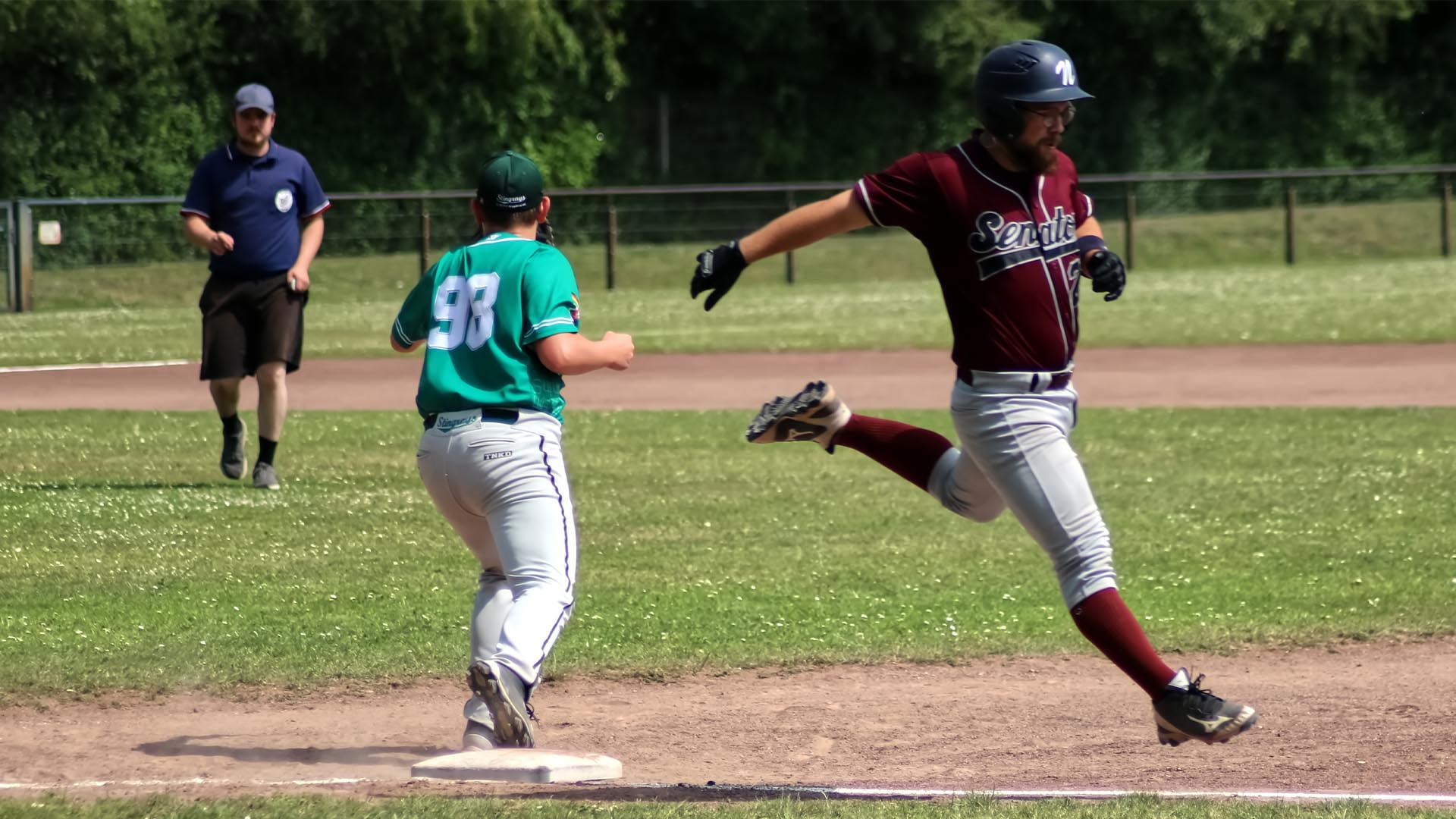 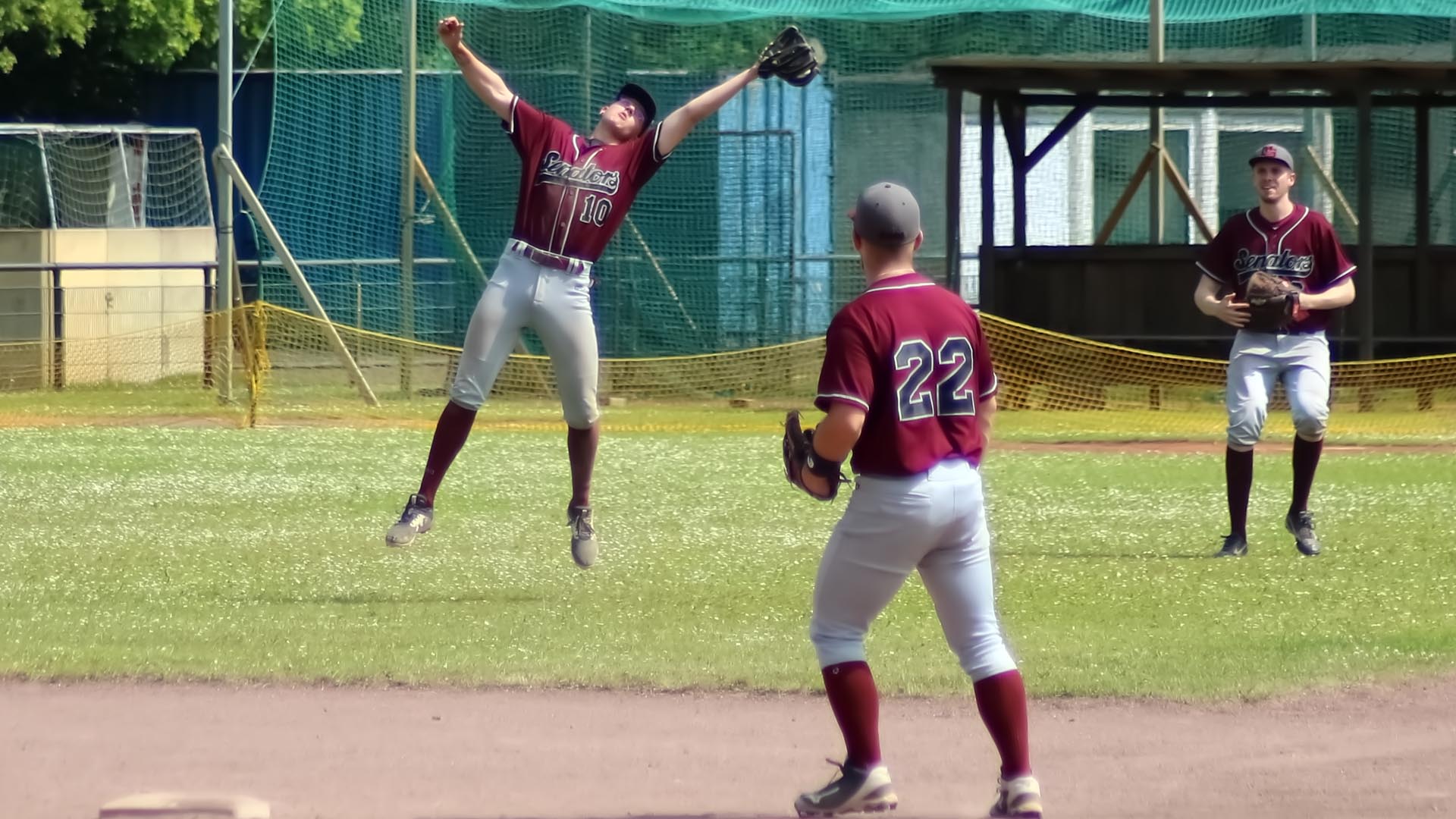 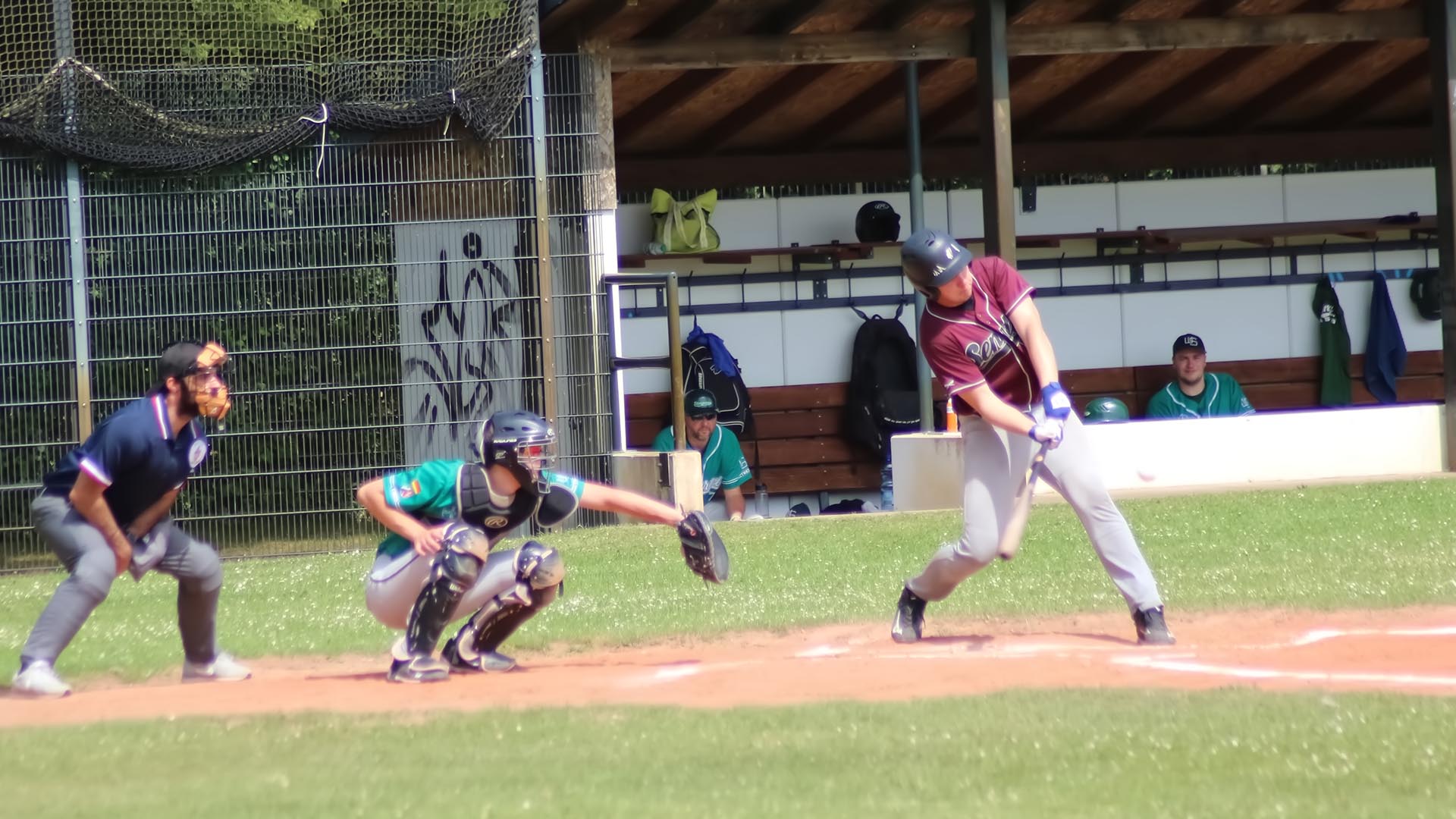 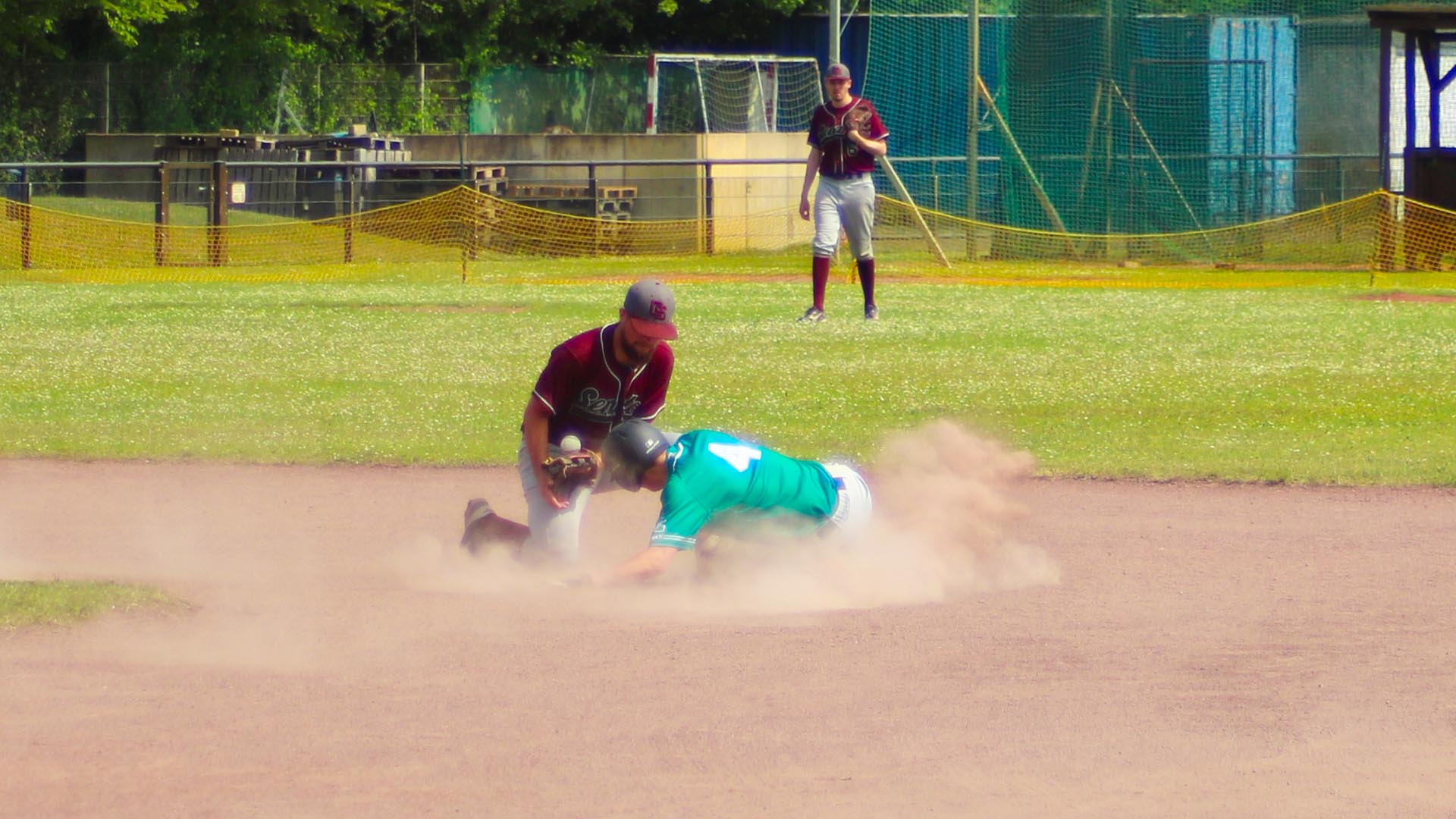 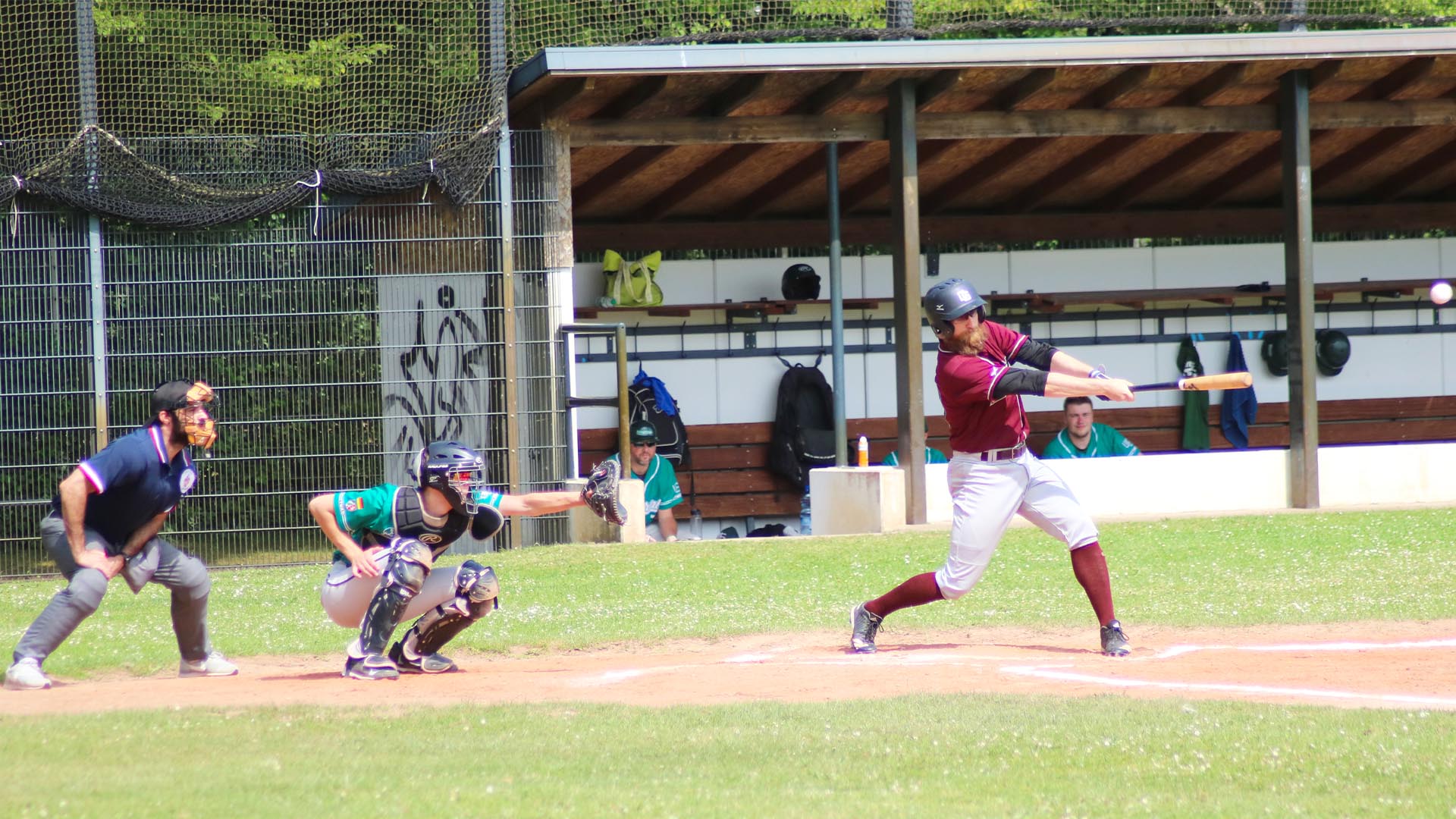 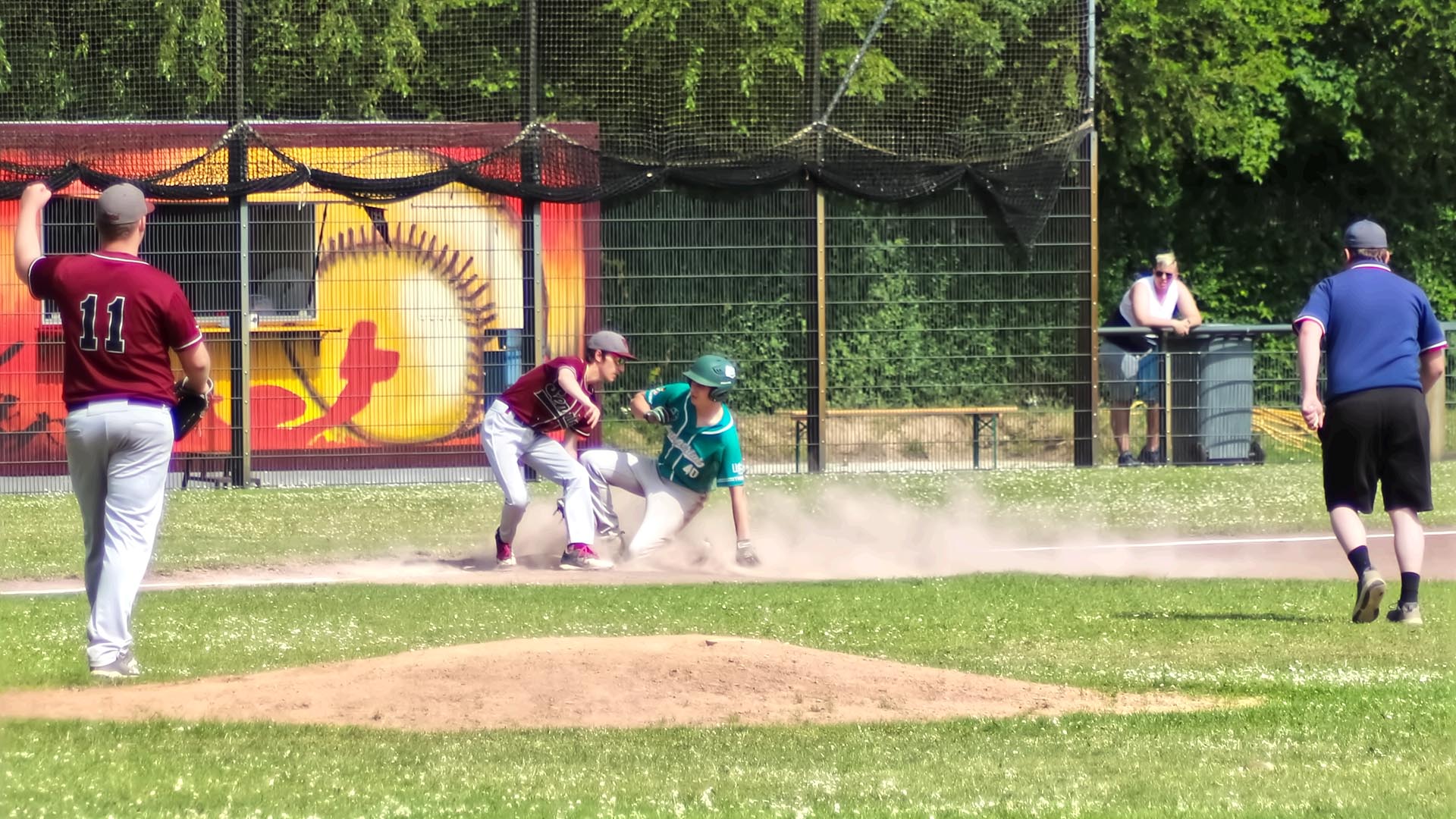 On June 18th, the Düsseldorf Senators met the Wuppertal Stingrays at temperatures above 30°C.
In the first inning, Düsseldorf scored a run and took the lead. Pitcher Mato was able to keep the guests in check as far as possible, so that only in the 3rd inning did 2 runs come home, one of which was unearned. But the offensive immediately followed up with 2 runs of their own. In the 4th inning, Mato threw what felt like 8 pitches for 3 batters to end the inning. He had done an excellent job with that and from then on Robin was able to take over on the hill. There was not much resistance from the guests and innings without any runs followed on the guest side. The Senators, on the other hand, benefited from the 2 pitching changes on the Wuppertal side and brought home 9 runs in the last 3 innings.
Of note is the performance of catcher Felix, who was behind the plate throughout 8 innings and was responsible for 2 caught stealings.
In regard to the inhuman heat, a terrific achievement.
Our thanks go to all the supporters on and off the field who cheered us on and took care of us on the hottest day so far.
The next game of the LL team will take place on June 25th in Ratingen.