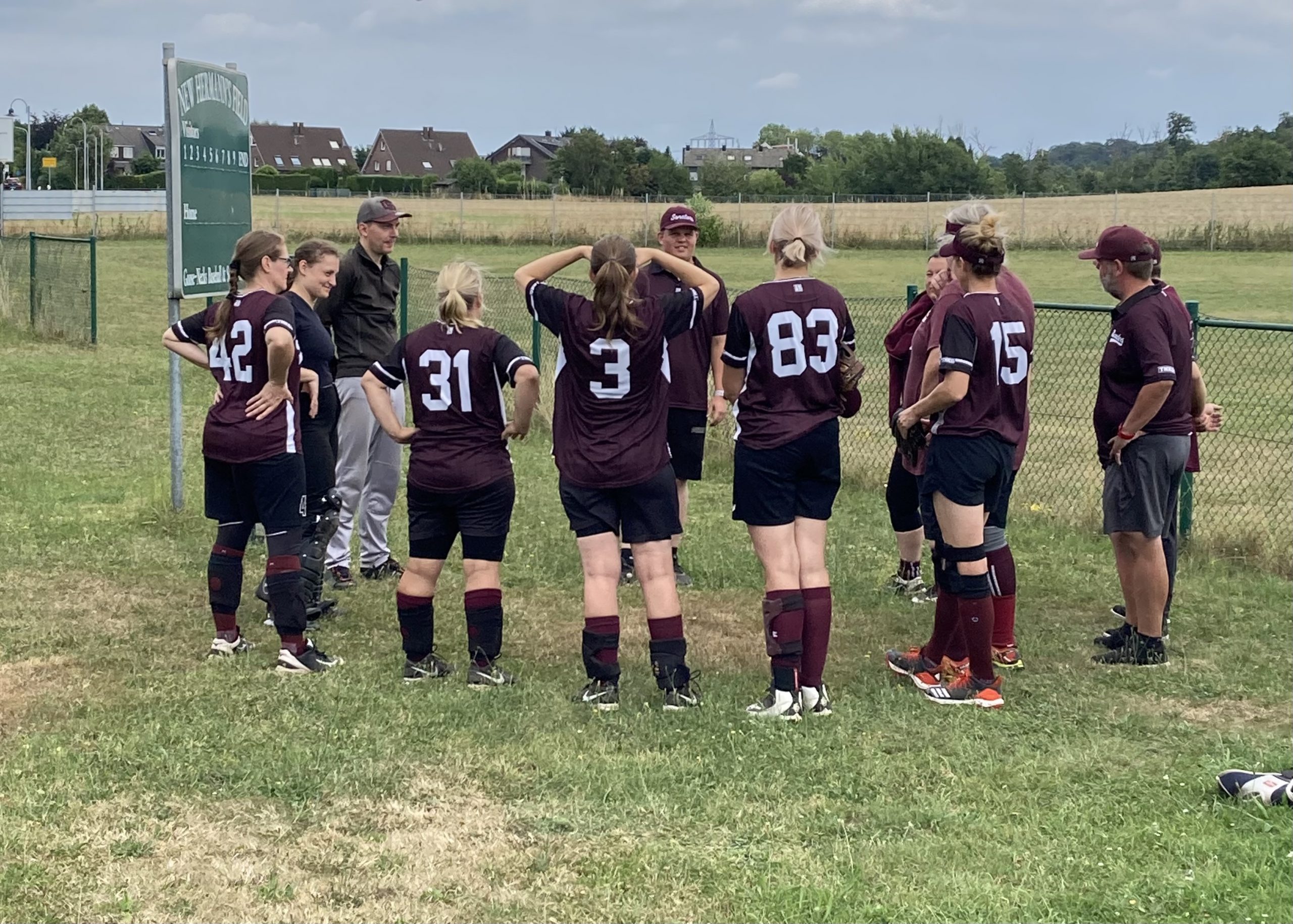 In the end, heart and passion are not enough

With the last squad, the softball ladies of the Düsseldorf Senators drove to the top game in Ratingen.

“During the summer holidays, it’s always a challenge to show up with a complete team,” Frank Mohr told us before the game. “Nevertheless, I am more than confident that we are not without chances here. We will accept the fight and, as always, give everything.”

Going into game with three injured players, everything had to go according to plan in order to survive against the young Goosenecks team. In addition, a lot had to be rotated again and so there was no regular outfielder in the starting lineup. Nevertheless, they did their job very well and found an answer to almost everything, especially in the first three innings. Also on the offensive side they wer able to set accents with hard hits and courageous base running and play out a 9:6 lead.

There was only a break in the Senators’ game after a HBP to Sarah and a comebacker to pitcher Renee, who had been in a good shape up to that point.

While Sarah continued to play third base in pain, Renee had to give up her place for Katja in the circle. Thrown into the game cold, she made the third out after initial difficulties with a strikeout.

“In the end we made too many mistakes and couldn’t keep up with the pace of the Ratingen ladies. The distance between the bases grew from time to time.”

Even if heart and passion weren’t enough and the game with the Ratingen Goosenecks saw a deserved winner, the Senators have to be complimented.

“High morale and joy in the game characterize this team. No matter what demands are placed on them, they accept it without grumbling. The girls can be proud of themselves.”

After a 15-minute rain break, the game went to Ratingen after five innings with a score of 10:20.

Even if the result speaks for itself quite clearly, the game felt very different.

A third and final meeting between the two teams will take place on September 17th, 2022 in Düsseldorf.

We’ll see us again at Südallee.

Thanks also to the numerous fans who didn’t shy away from accompanying us to Ratingen.