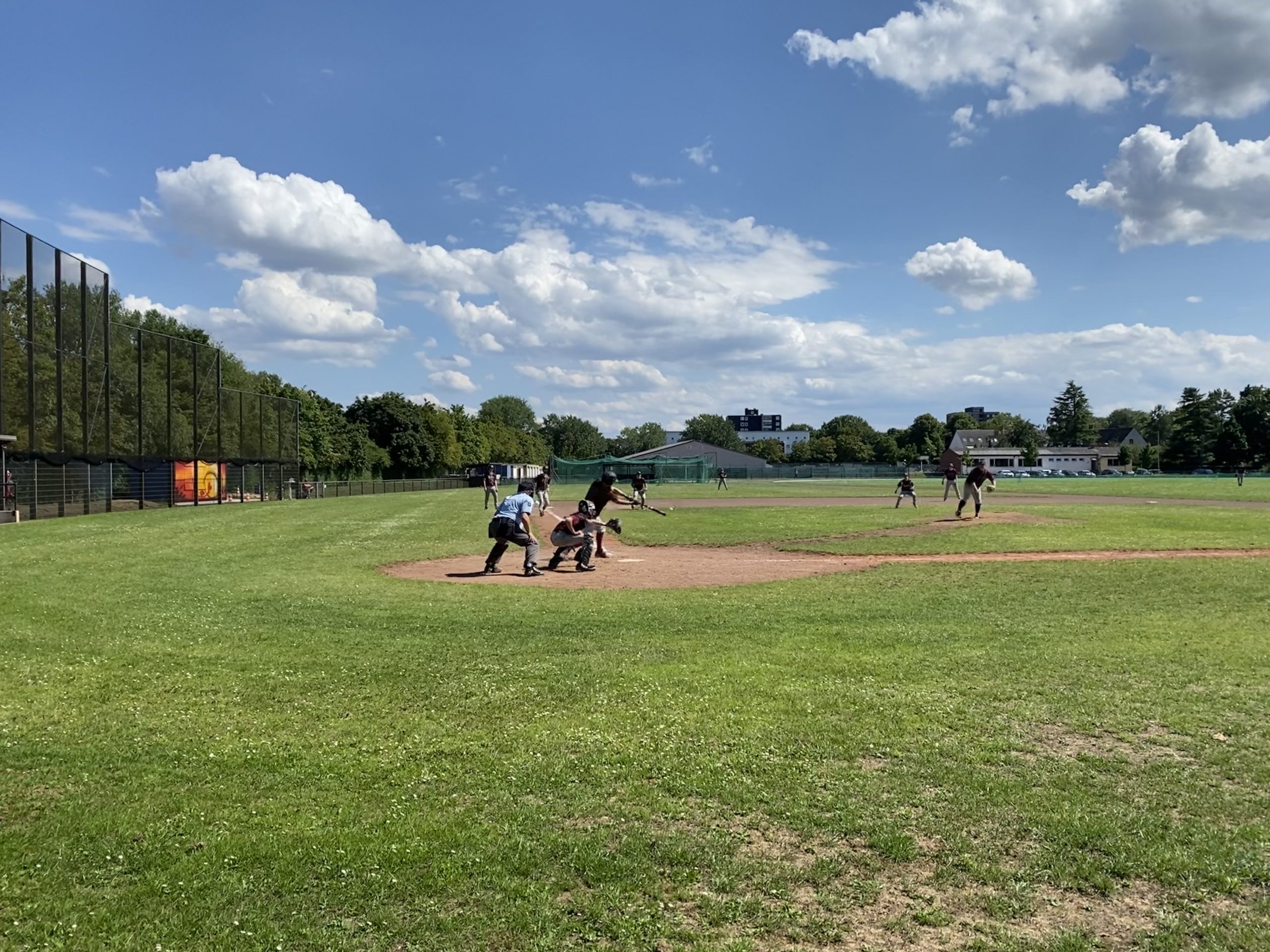 After a long break in play caused by Covid-19, it was time to play again on Sunday June 21, 2020 at Senators Field at Südallee 105. In front of 50 spectators, the club’s 18U and men’s players competed against each other in an intersquad scrimmage.

After the field was taken care of the day before, it was well prepared for a long baseball-filled Sunday. The main goal was to create a game-like atmosphere for the still limited participants, so that they slowly find their way back into the flow of the game and are prepared for upcoming scrimmages.

It will not be possible to do so differently this season because the front office decided at the beginning of the week not to take part in the second Bundesliga Baseball, which was shortened by the Virus. So this year the second division team will mainly play friendly matches against other clubs that have also decided to suspend league operations. Games within the BSV NRW will take place as planned.

The next game against an opponent is already under way. On Sunday, June 28th, the 18U LL team will play a game against Krefeld.