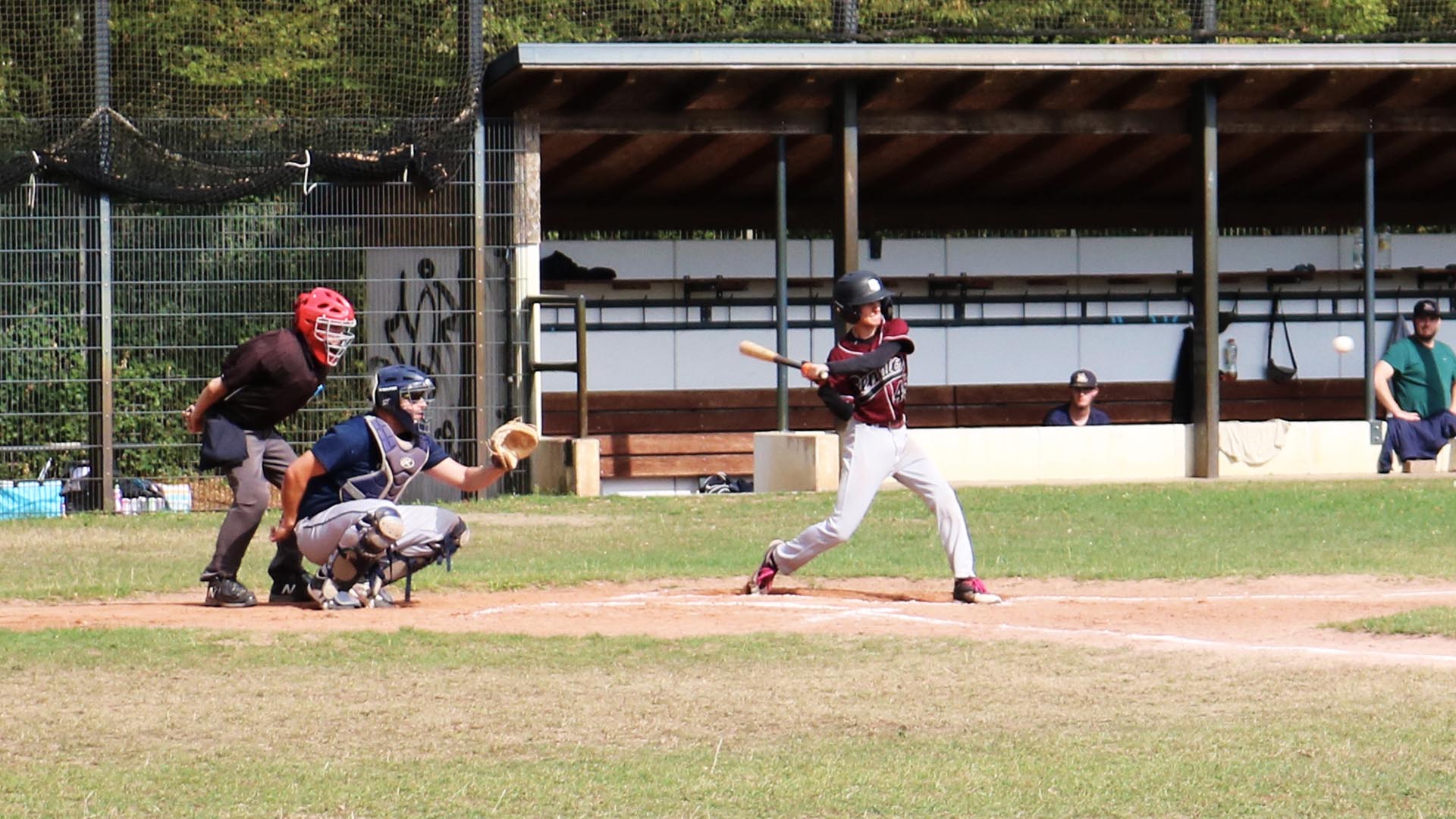 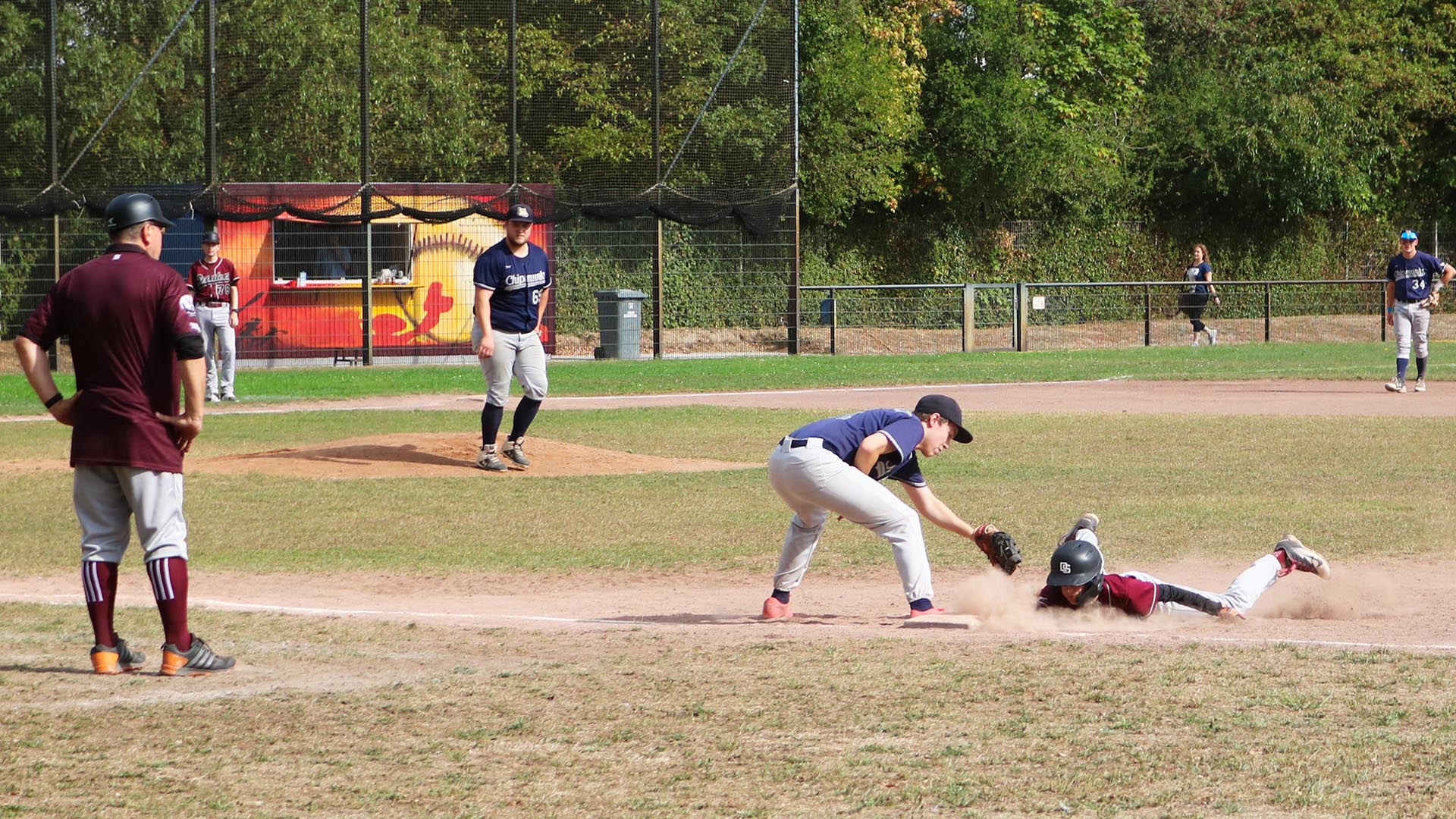 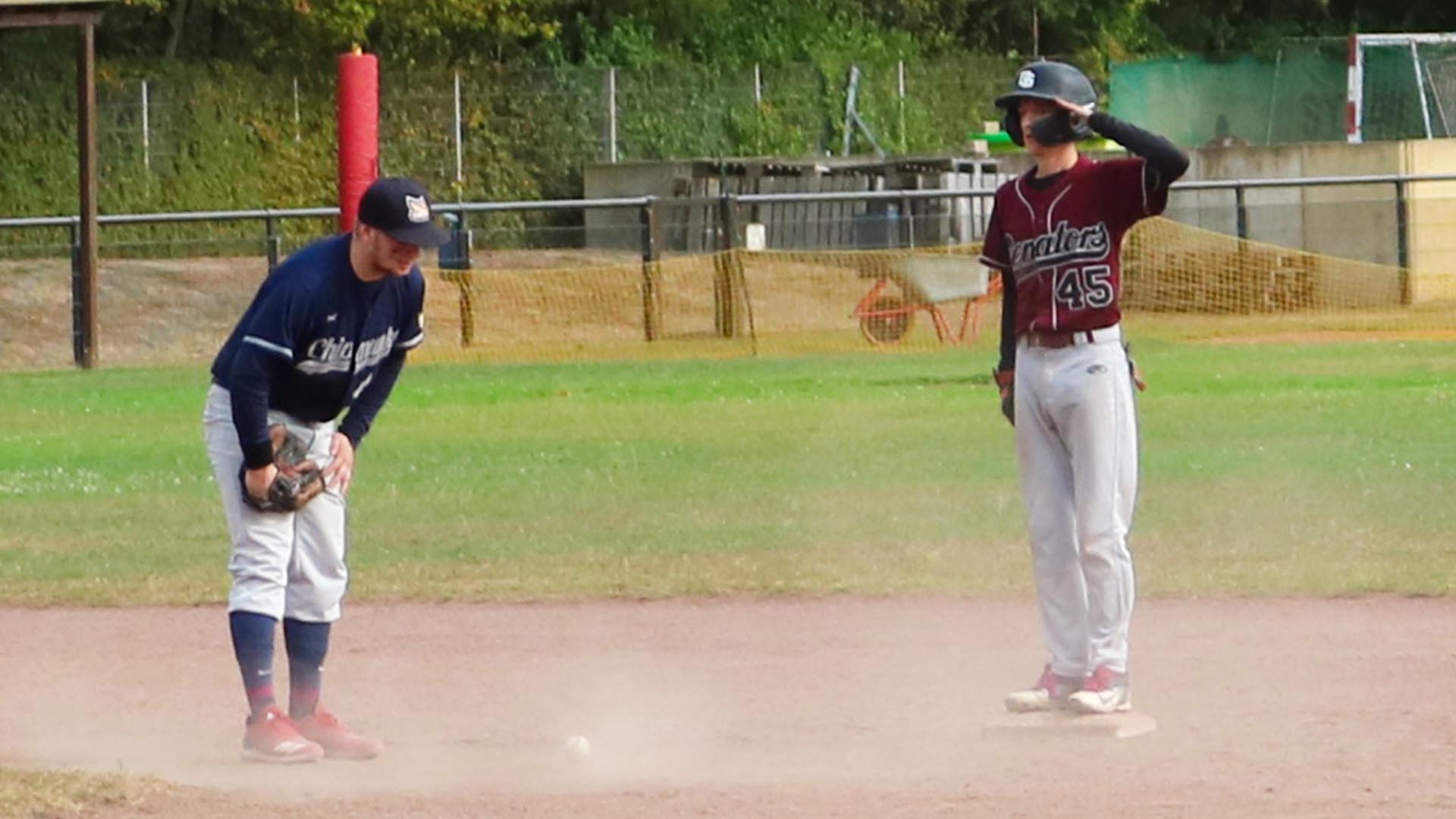 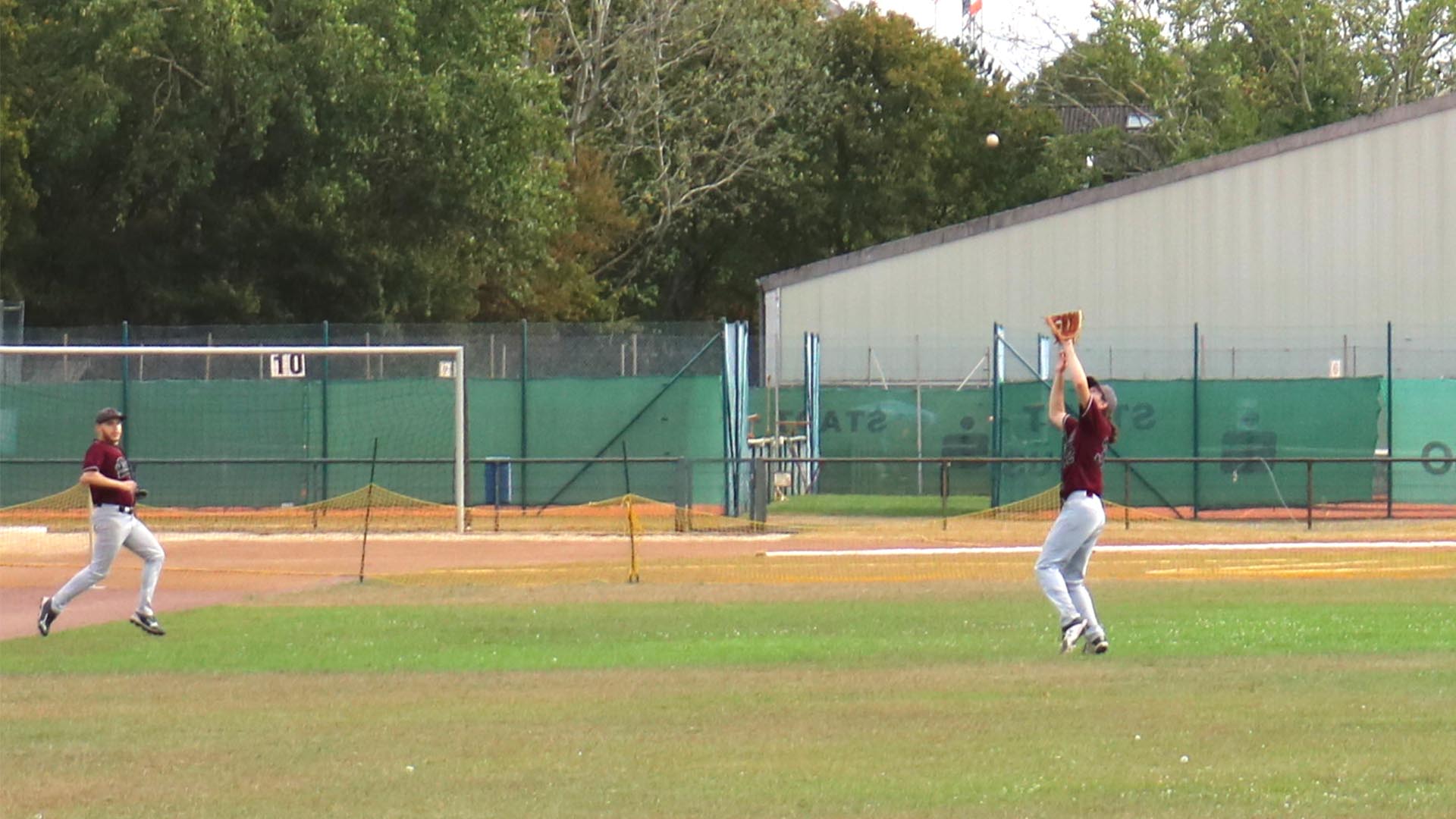 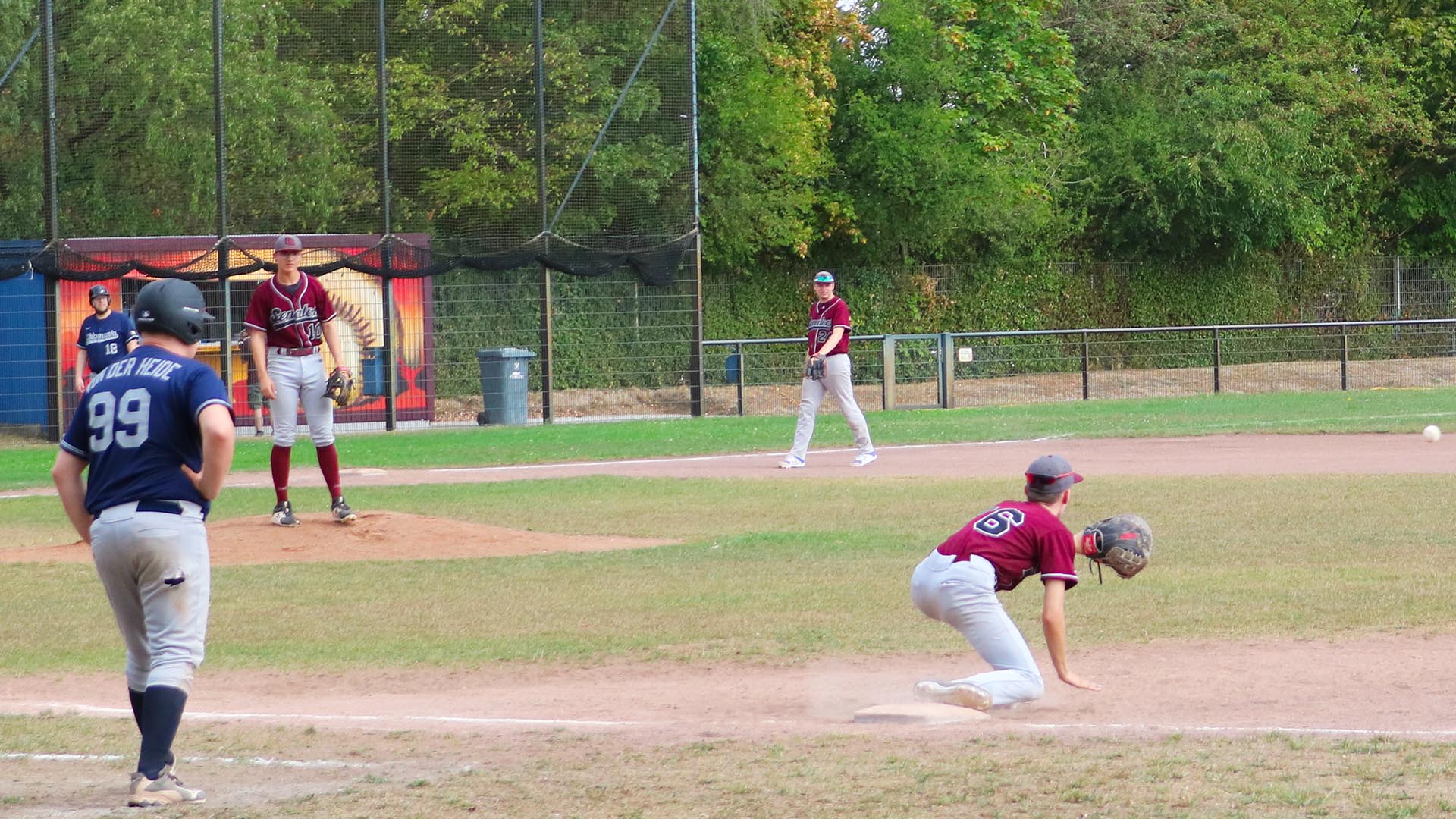 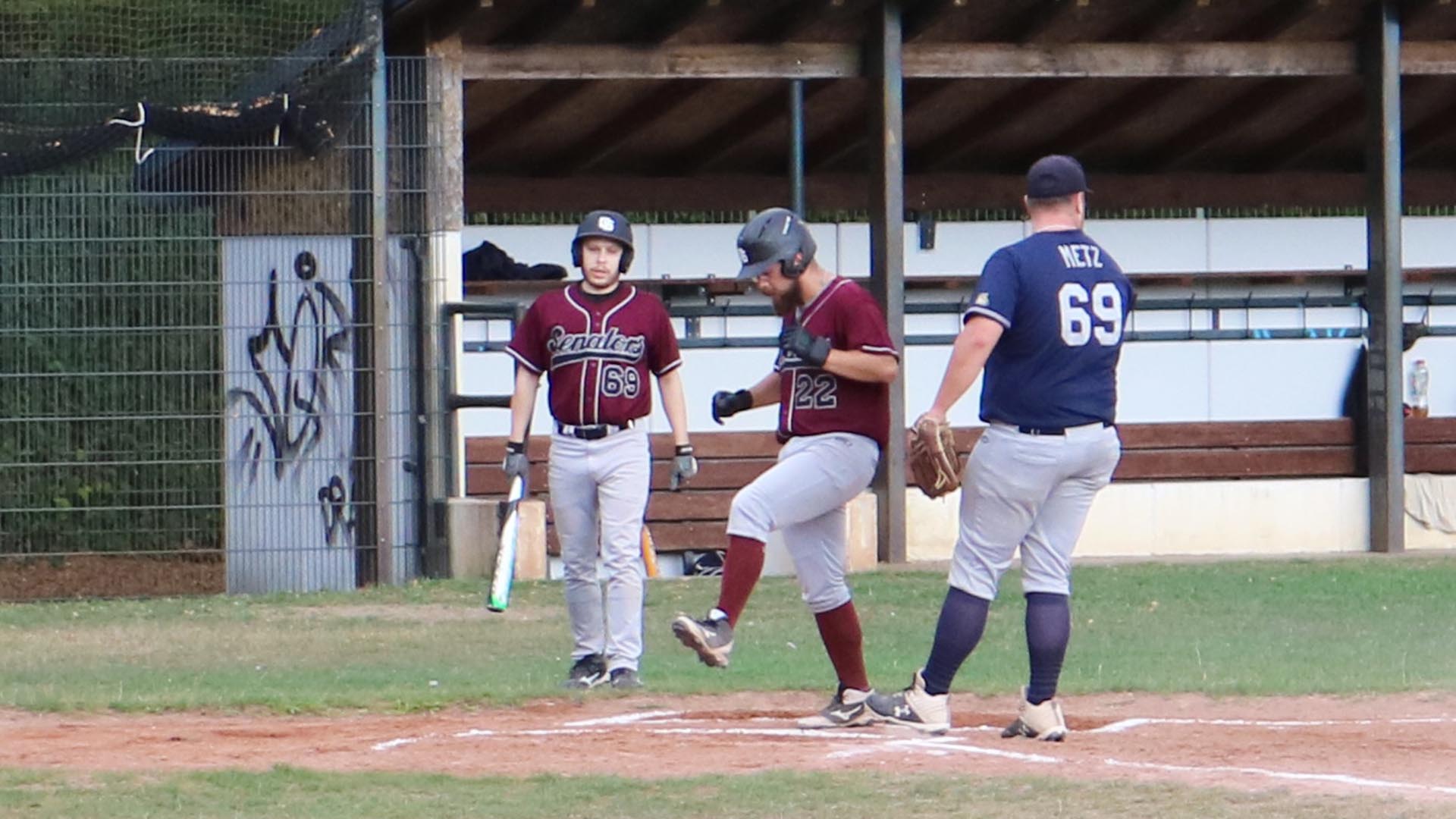 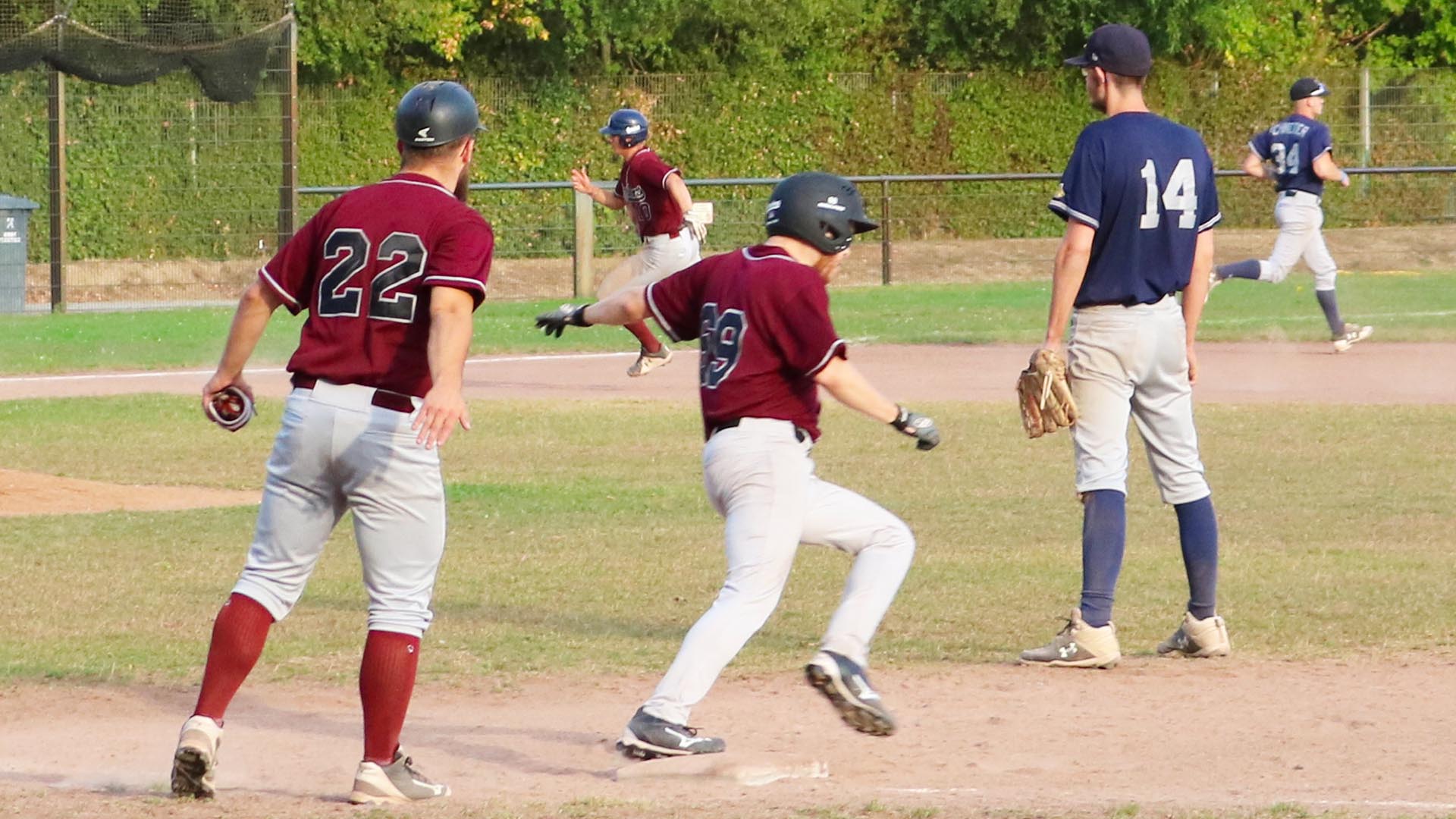 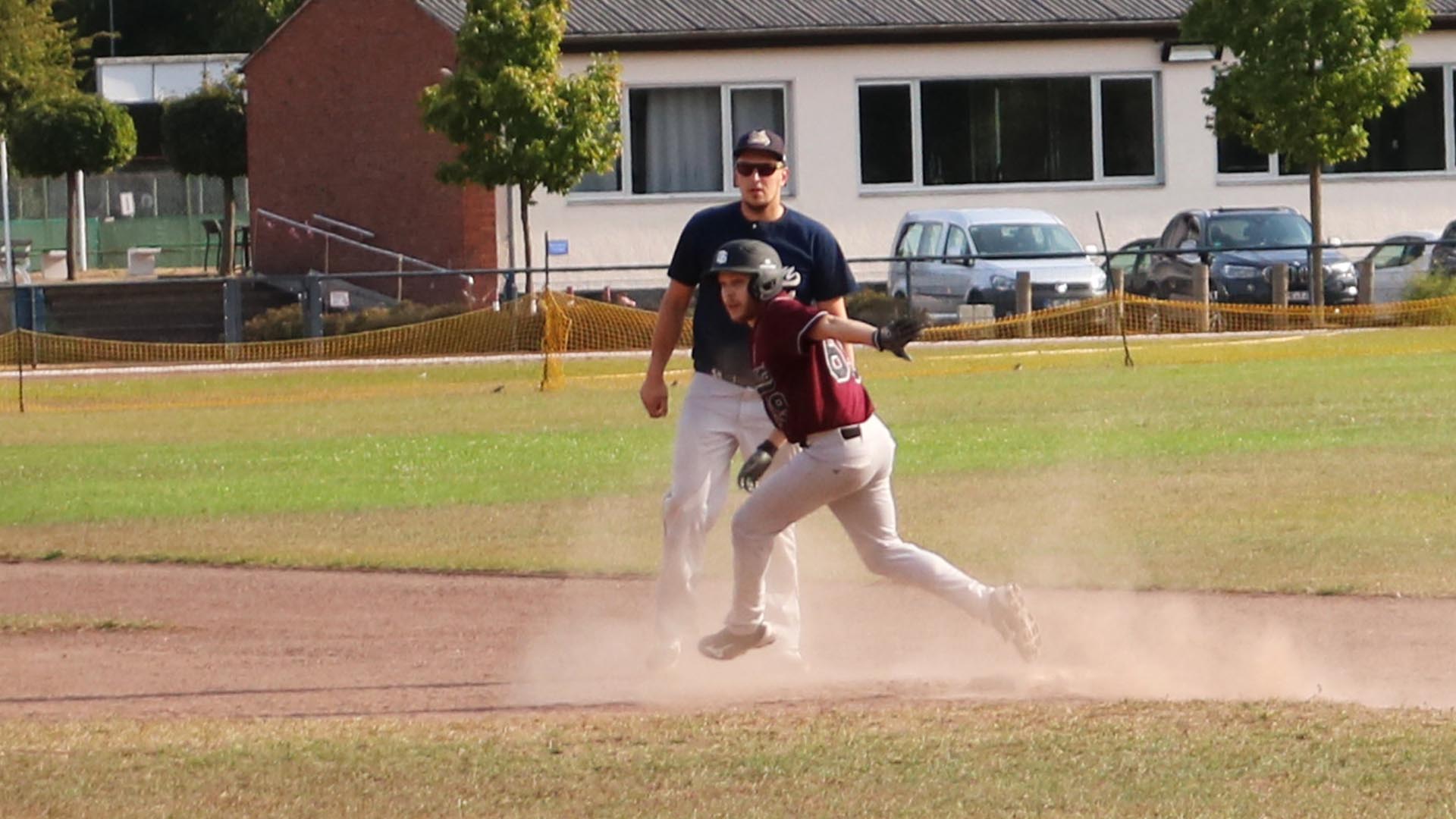 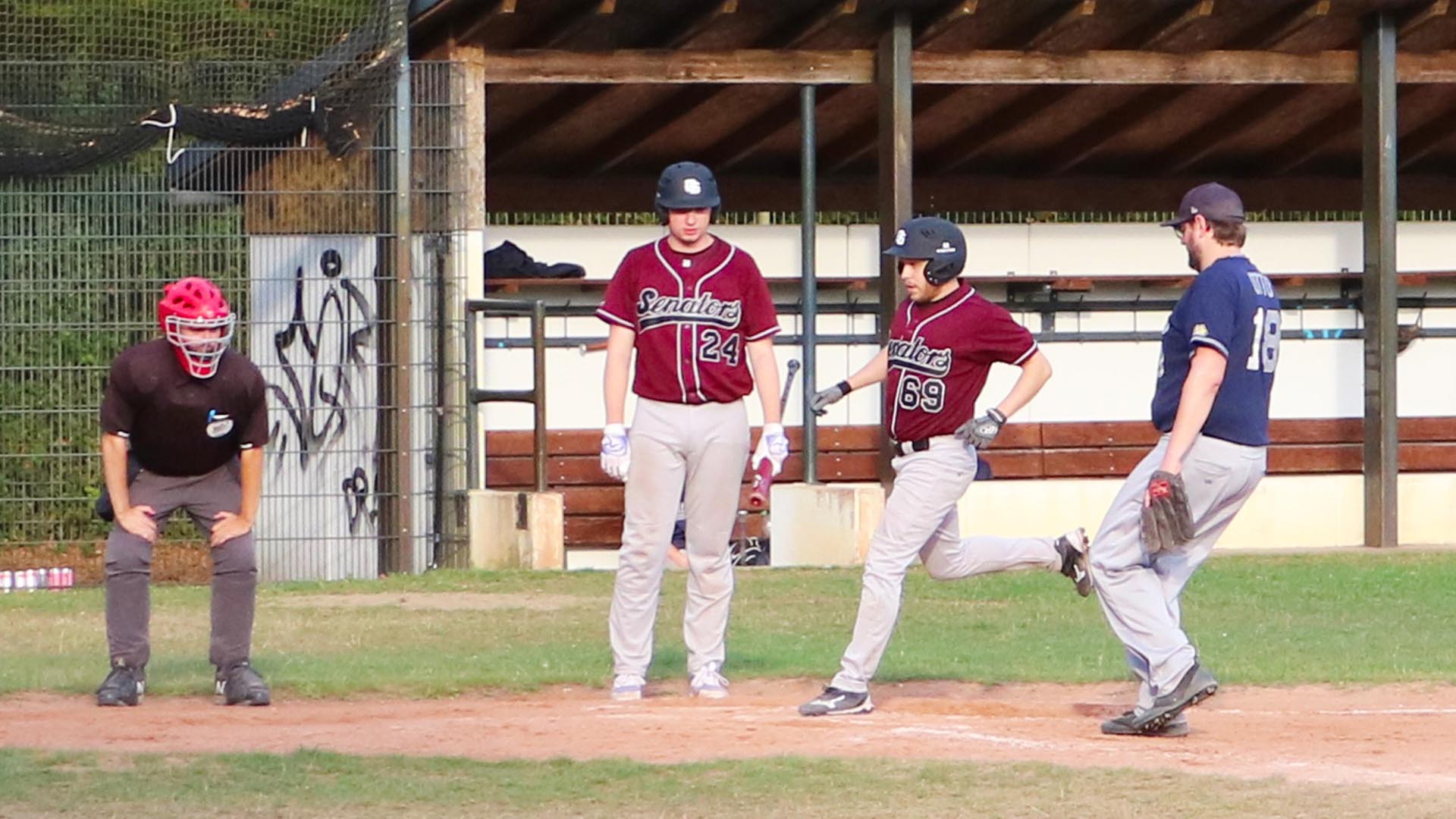 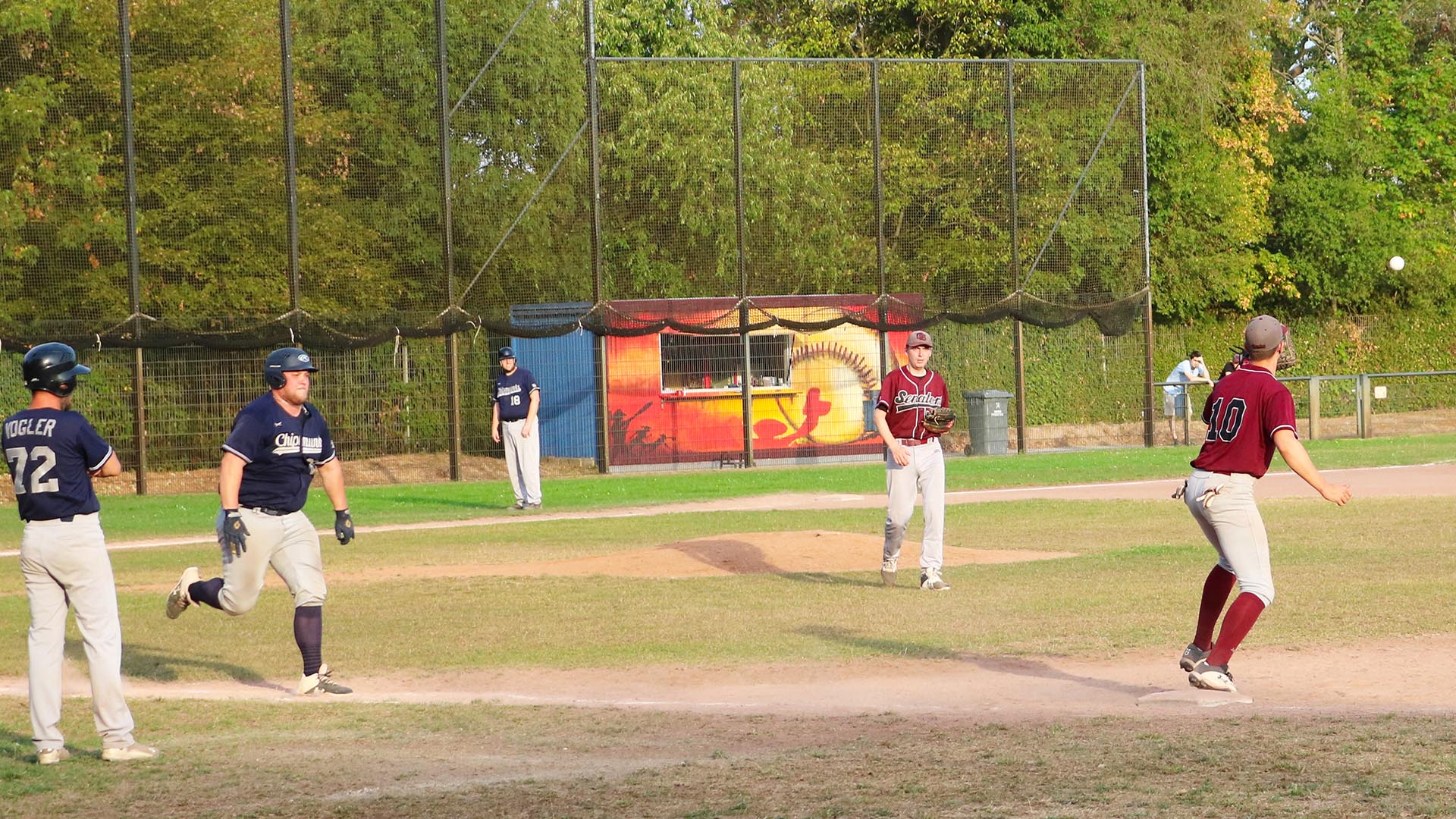 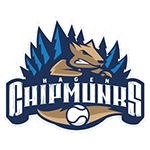 The second game of the season against the Hagen Chipmunks was yet another part in the ever growing series of close games, that the Landesliga team had played this year.

After heavy back and forth, in all columns of the line score (runs, hits and even errors), the chipmunks broke the tie in the 4th taking the lead 8:4 . Even though the Senators put on a good offensive showing including multiple extra base hits in the middle innings the visitors were able to hold on to their lead all the way into the 8th.

Among a few others, It took two rookies in Michael Drosch and Daniel K to record tide turning hits from which the guests weren’t able to bounce back. The spell was broken and the Senators were able to secure a 12:14 win at home, proving crucial in the race for a spot in the middle of the division.