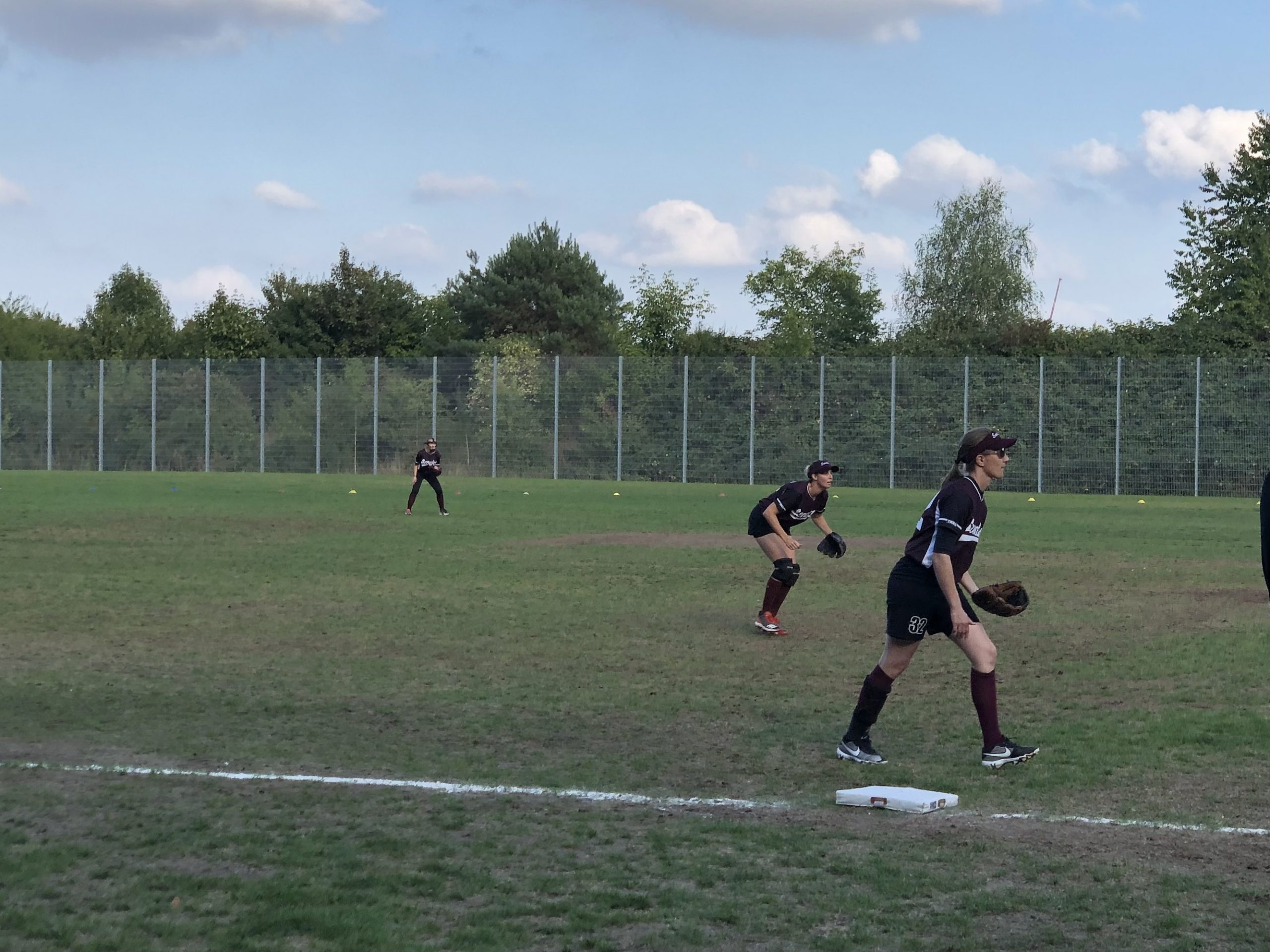 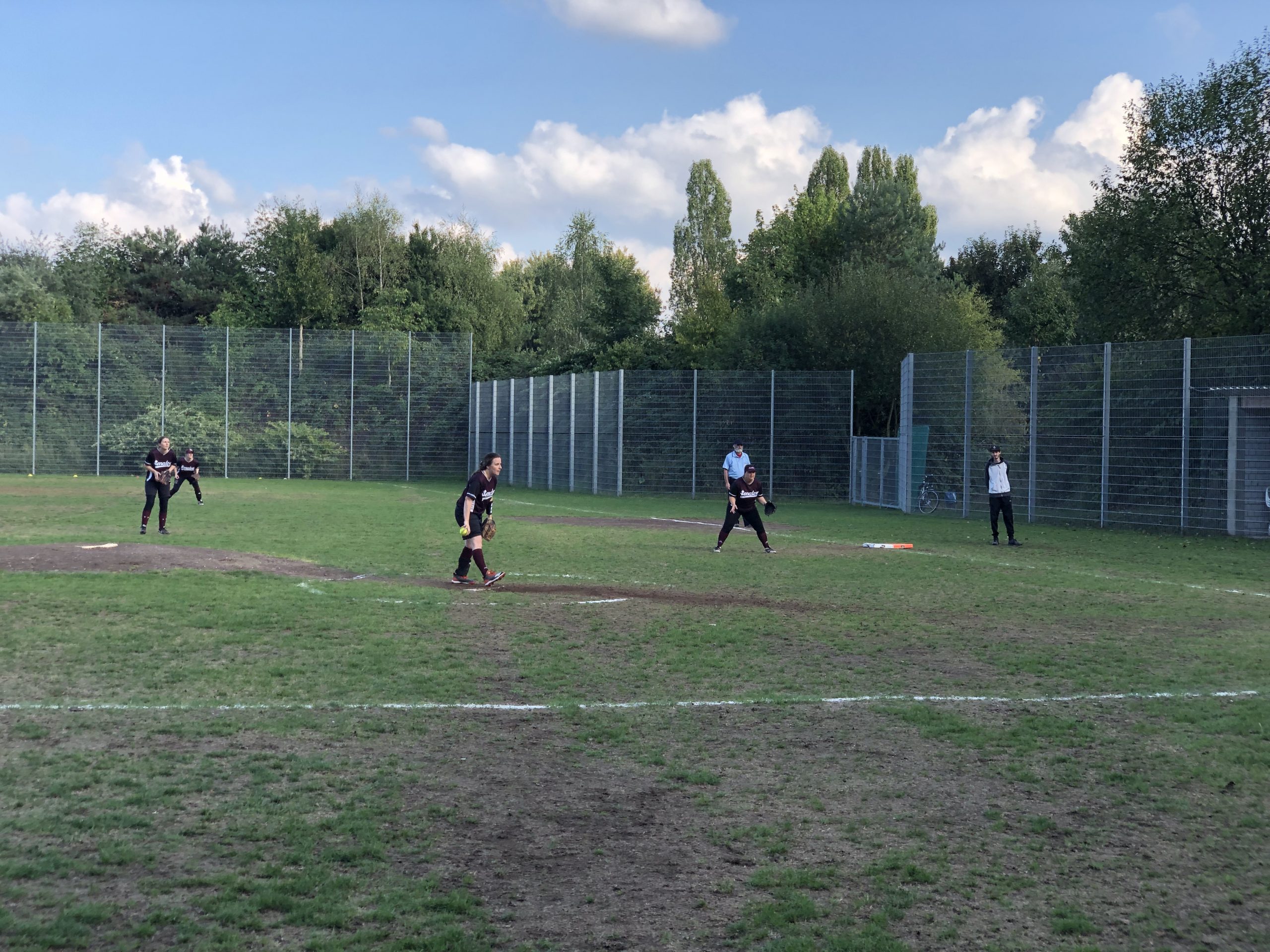 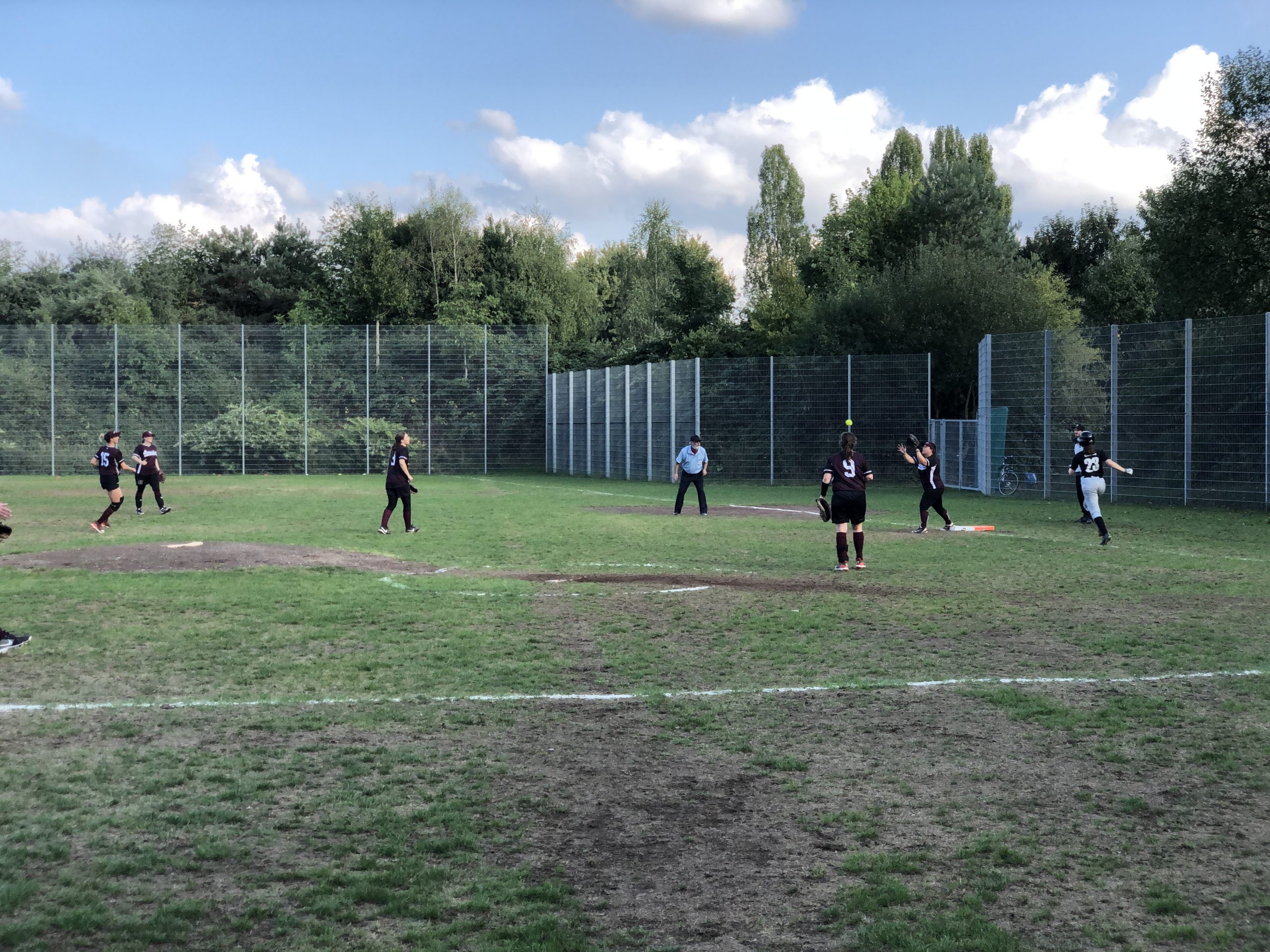 When asked which way to go if one wanted to get to the Aachen Greyhounds softball field, the simple answer was to  take the path without rocks.

Only, there was no path without rocks and so the bumpy start of the Senators Ladies on Brandner Wall did not come unannounced.

The team, who had previously proved themselves against the division leader the week before, showed unusual deficits on defense, especially in the first few innings. The seemingly “easy” outs were not made, which allowed the hosts to quickly pull away with an 8:1 lead.

“We barely dare to mention anymore, that once again we’ve had to compete in a new constellation. It almost sounds like an excuse at this point, but it’s a pill we just have to swallow.”

And it was more than a bitter one in the first two innings, as the offense struggled as well.

If the Senators Ladies managed to make contact, the softball usually landed in a glove of the Aachen Ladies’ well-positioned defense.

But unimpressed by the obvious deficit, the ladies fought their way back into the game and taking the lead for the first time in the upper half of the 3rd innings. Picking up right where they left off the weeks before, the 10 runs were a result of both patience in pitch selection and needed aggressiveness when hacking at the right pitches.

The Senators used the whole field and were difficult to play defense against in the innings to come. They also picked up their game on the defensive side of the ball and helped the starting pitcher to close out the game without further distress.

“We played against a strong opponent again and we have a lot of respect for Aachen. The girls from the cathedral city are getting better and better. But so do we. Our ladies fought back with great morale and enthusiasm and really deserved the win. So from my point of view, the result of 23:12 is absolutely fine,” said head coach Frank Mohr right after the game.