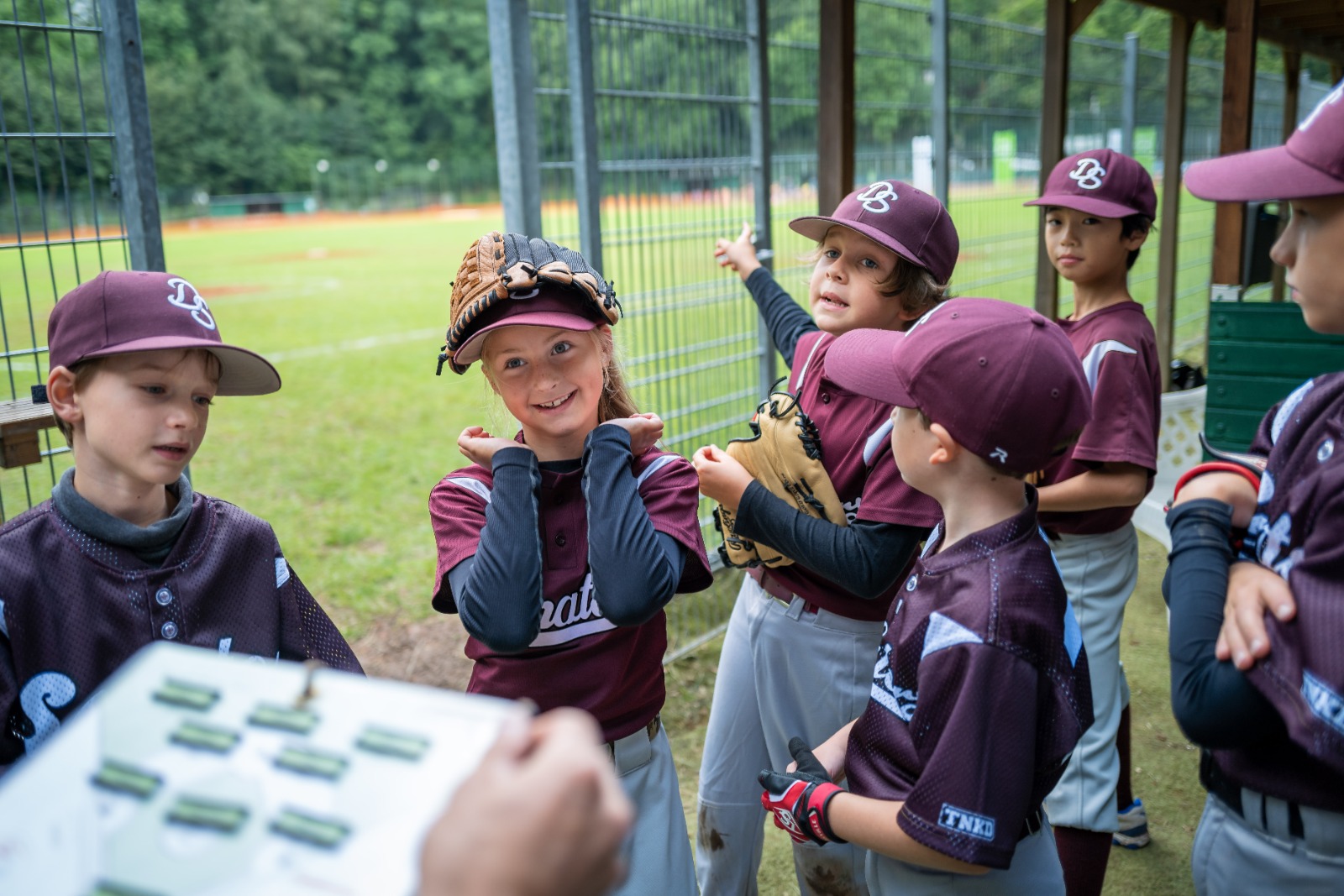 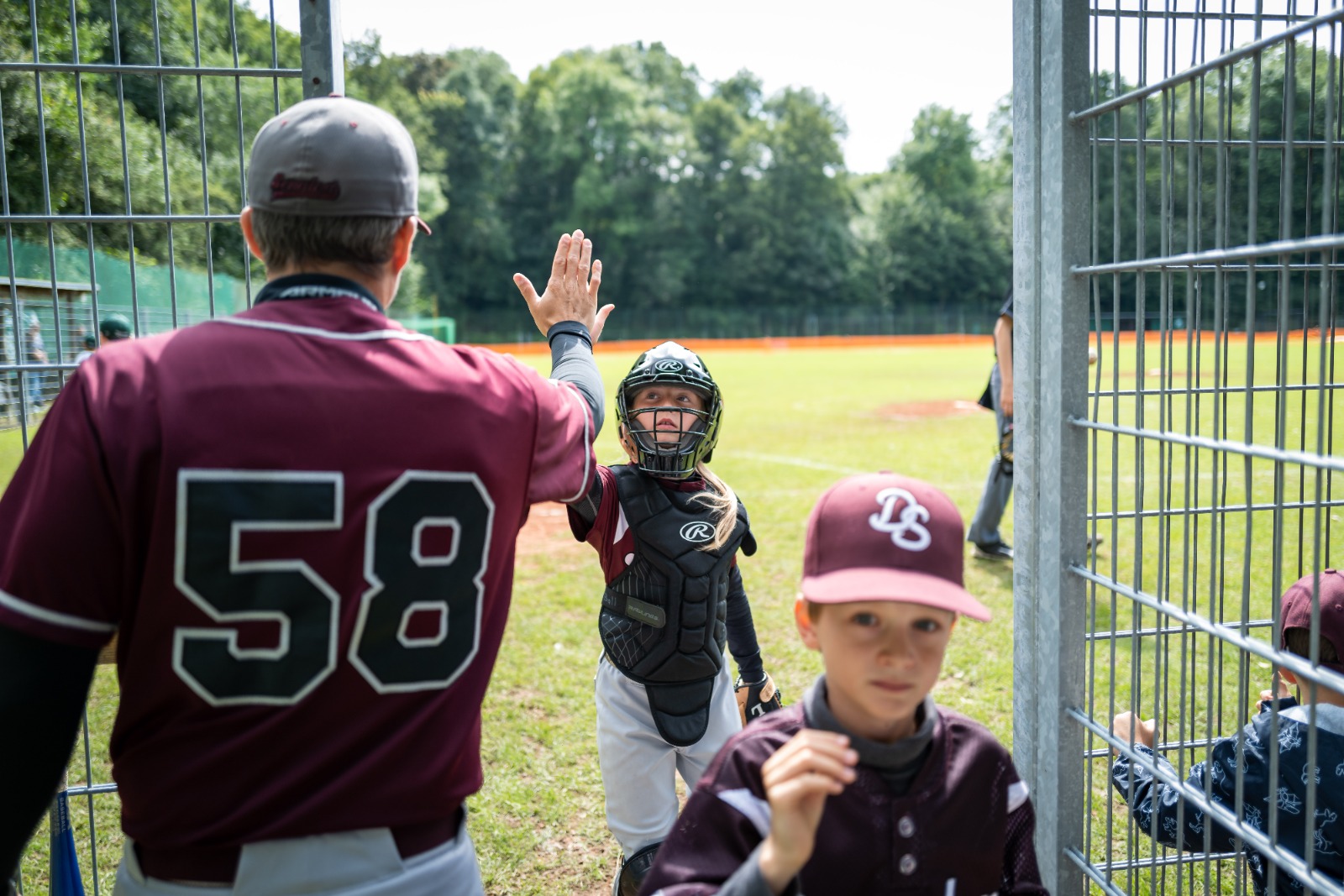 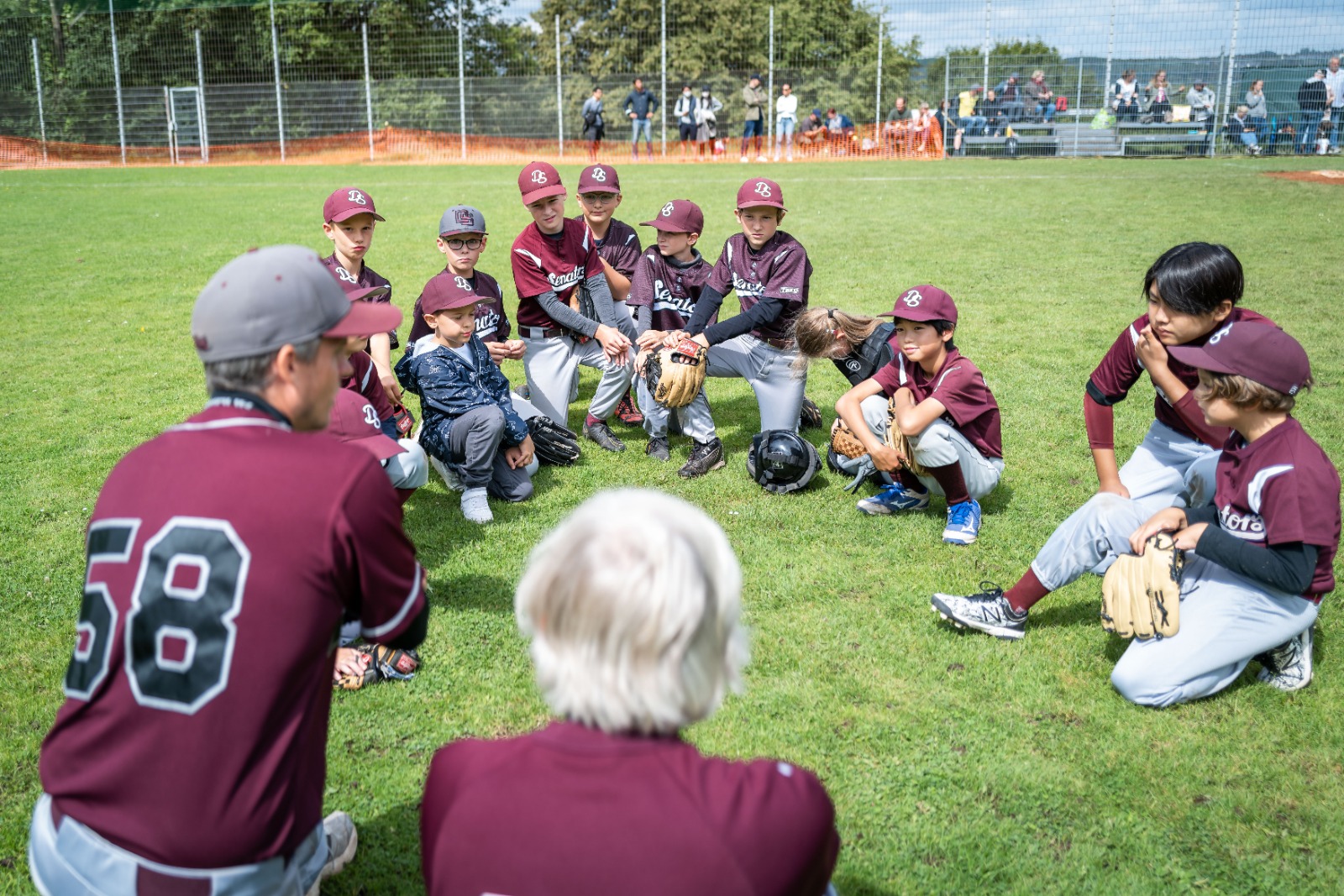 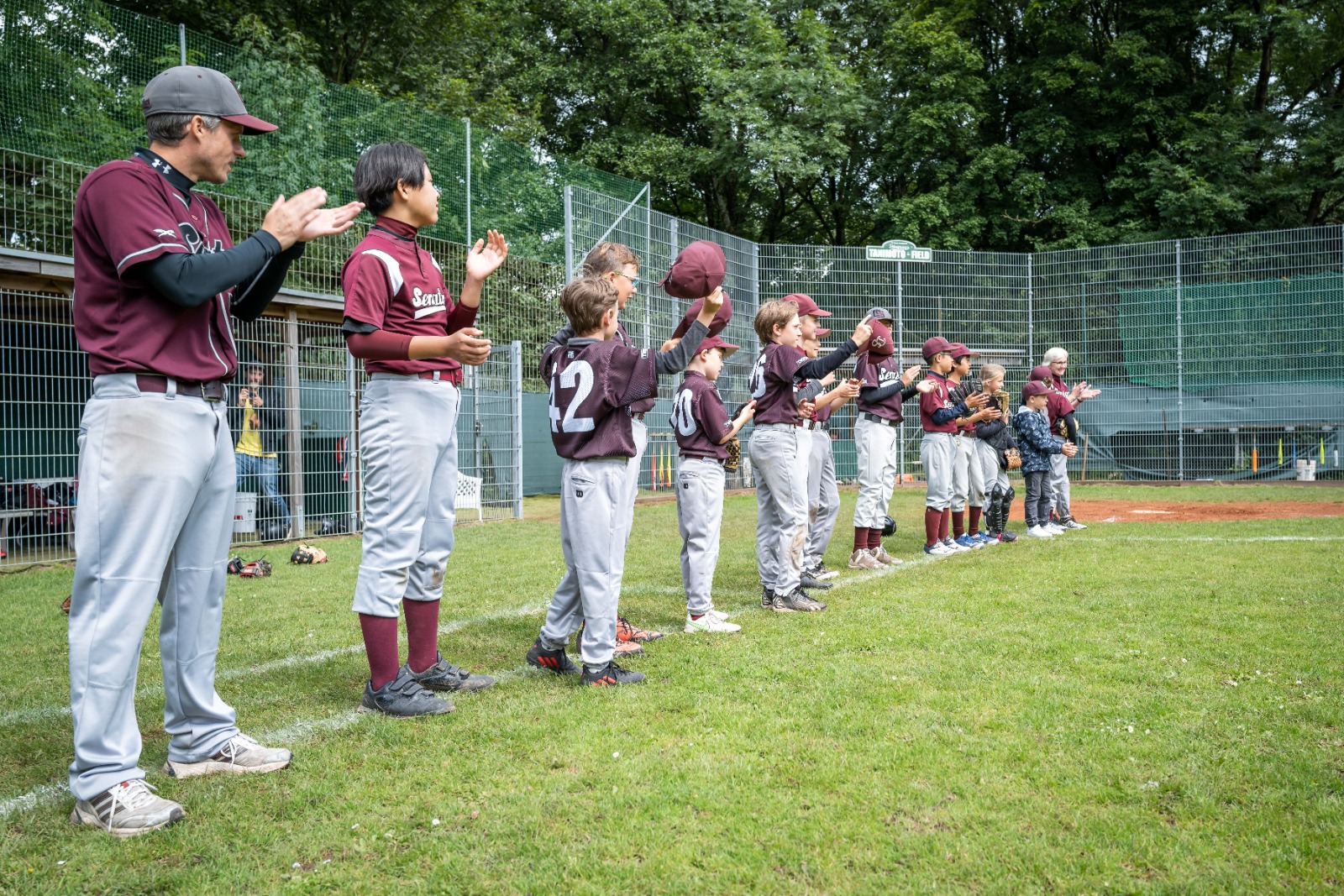 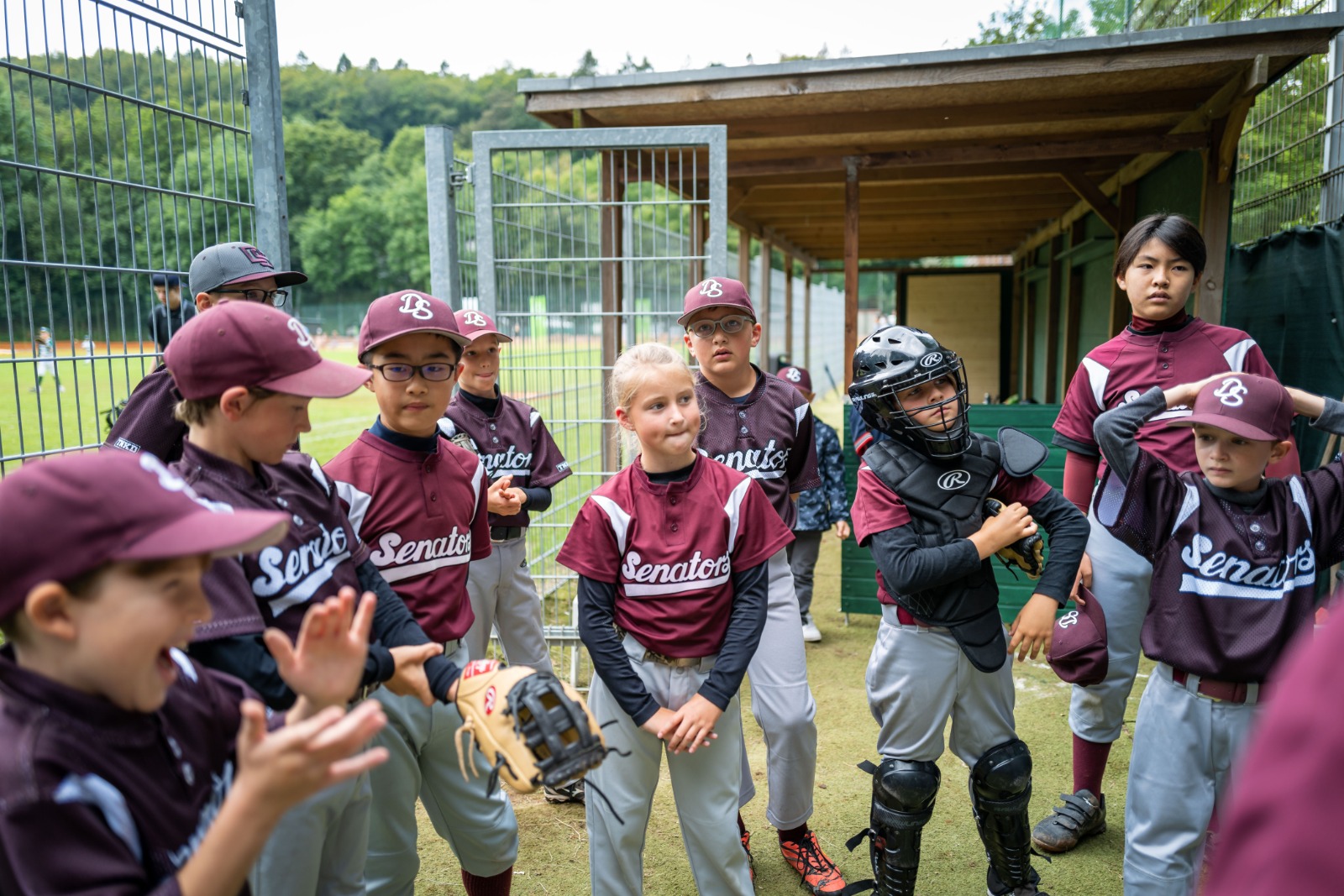 Last Sunday, our youngest Senators played their second league game of the season. The hosts were the Wuppertal Stingrays.

Even though the weather forecast didn’t set high hopes, one was proved wrong.

In the best baseball weather, our youngsters struggled a little with their self-confidence.

However, in the second inning of the first game, the ice was broken and the kids showed that the hard work throught the Summer break payed off. Both games were won and, according to the scoresheets, the Mini Senators recorded a total of 45 hits (the scorer was very generous because some of the hits were actually errors by the opponents). Still a considerable yield, if we consider that we played front pitch with coaches and not side toss (coach Jüntgen of the Stingrays had given his consent).

Thanks to the parents who all traveled with us and supported their kids loudly.

Thanks to the Wuppertal Stingrays for the exemplary and hospitable organization!