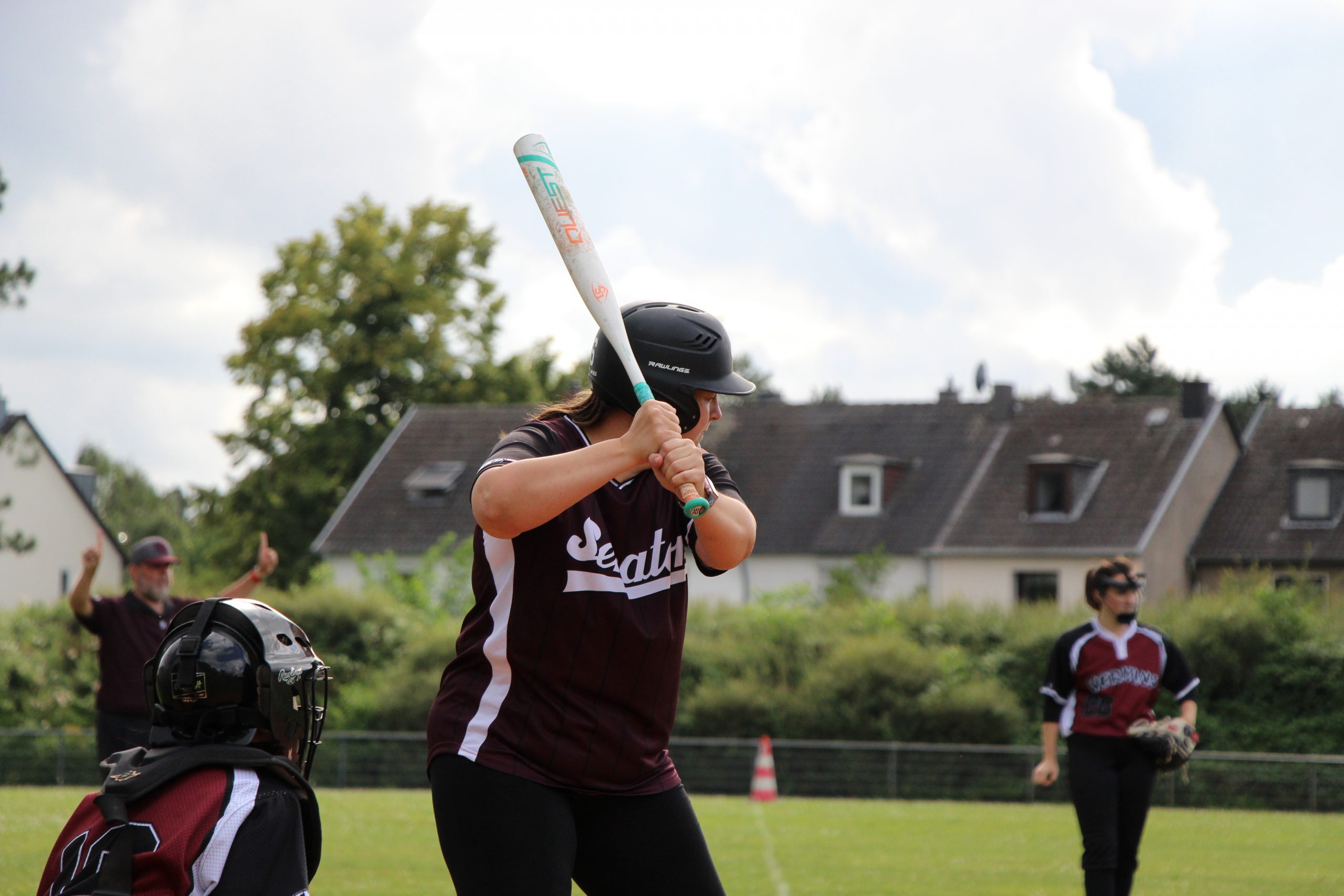 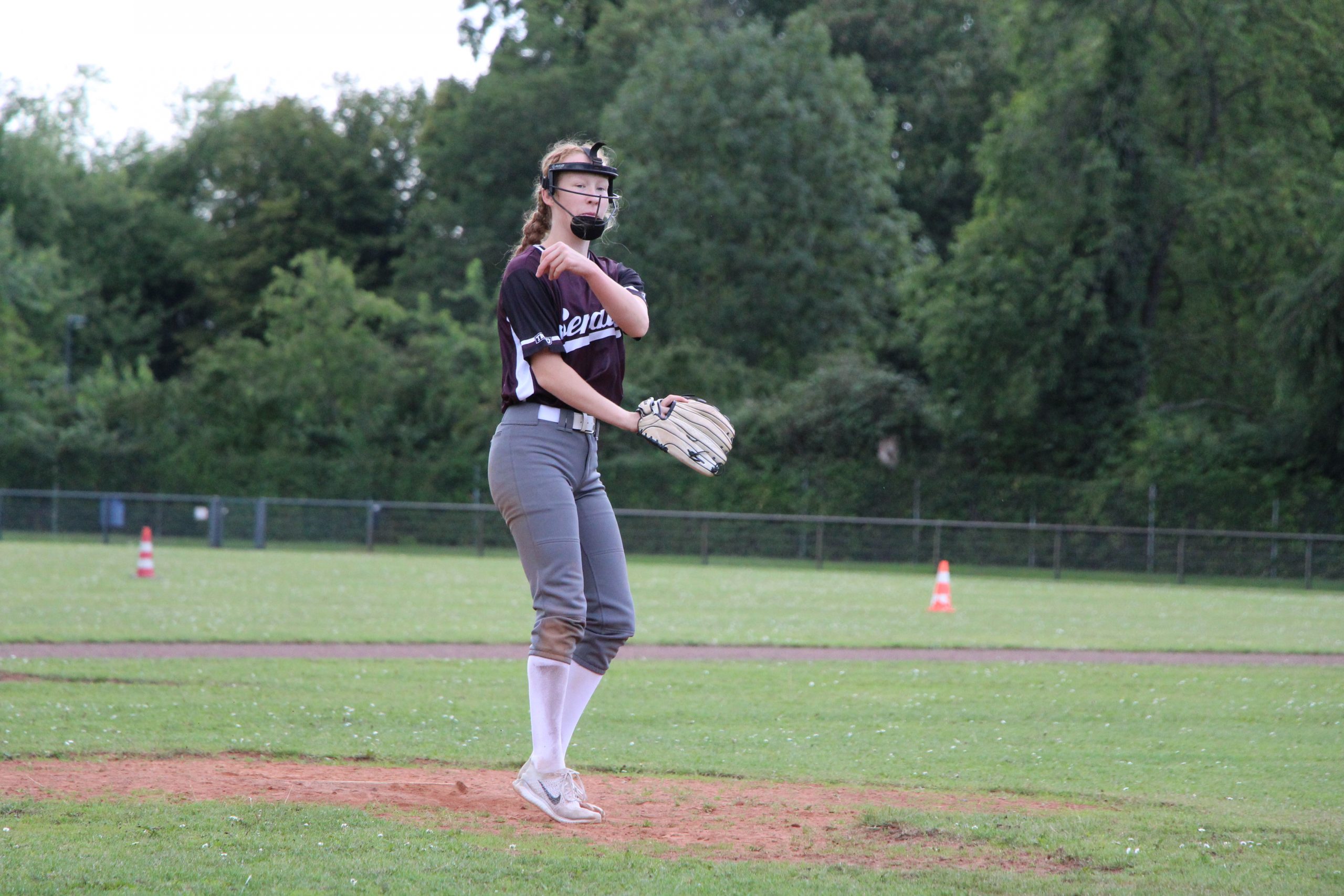 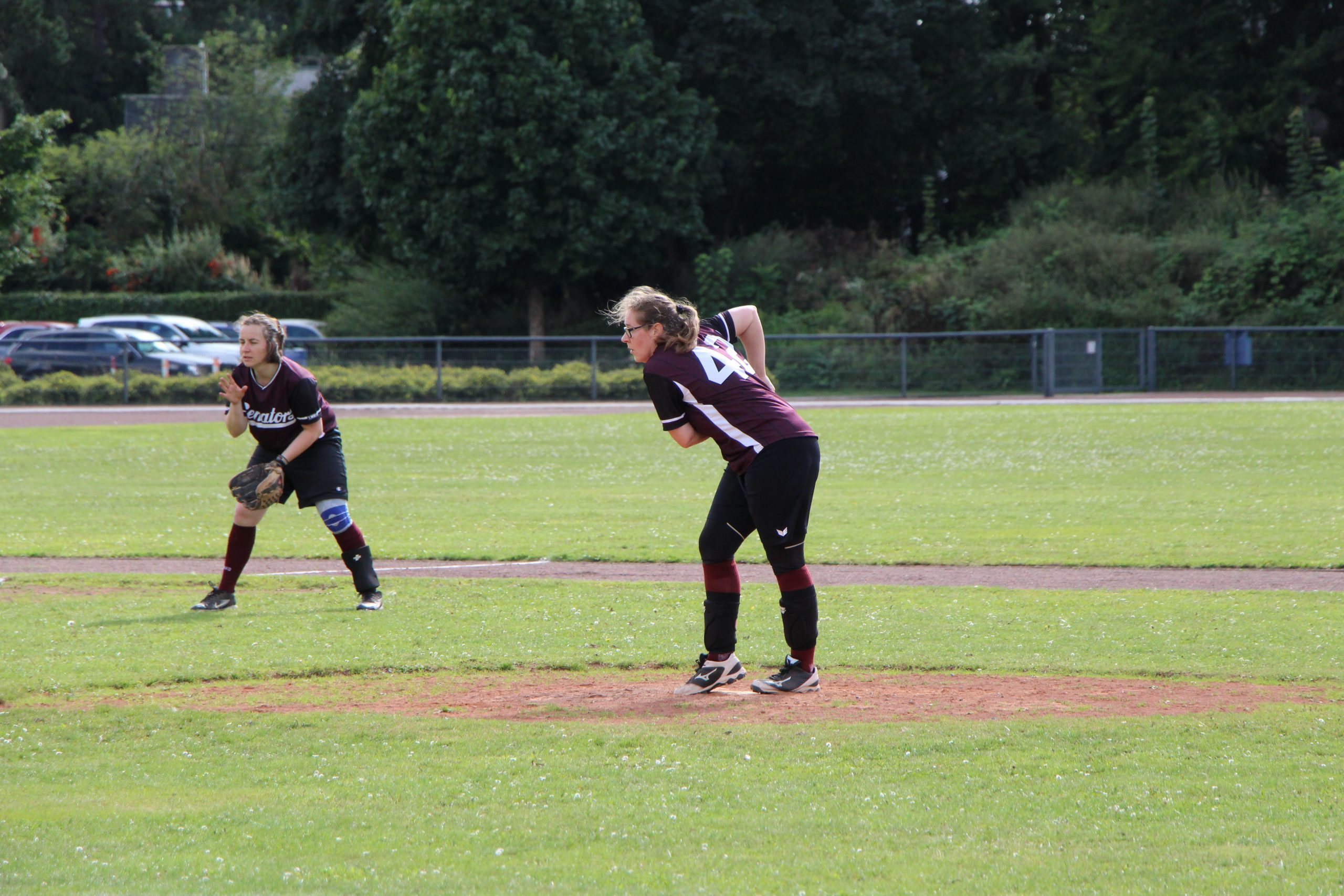 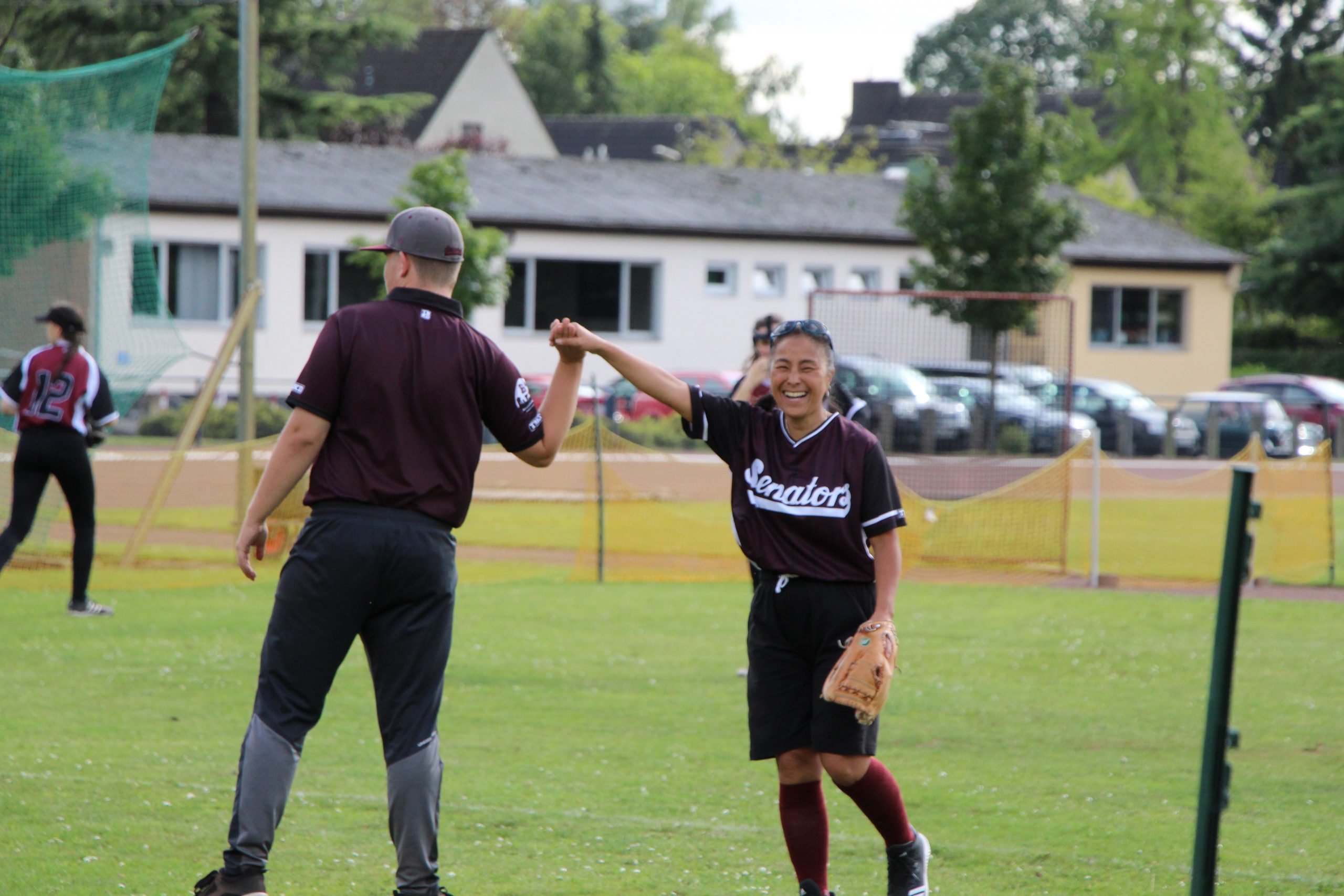 One had to wait a long time for softball in Düsseldorf, but what was offered to the spectators on the Südallee on Sunday, August 22nd, 21, made up for the more than a year of abstinence.

With the Wesseling Vermins, the ladies had to deal with one of the league’s top-class players. Even when the Vermins arrived in Düsseldorf “weakened” (a large number of the players supported the first team in Dupnitsa, Bulgaria), the game was approached with great respect and concentration.

It took a little time to let the initial nervousness give way to joy. So it was not surprising that things started shaky on both sides in the first inning.

The starter Reneé Gesell was the first to manage a shutout inning and the offensive thanked her in the lower half of the second inning with real fireworks.

Sarah, Dana and Vanessa each came on base with a single. With Bases Loaded and no outs, our guest from the USA, Lina Schwippert, stepped up to the plate. The left-hander, visiting family in Düsseldorf for a week, managed to boil up the emotions in the dugout with a bases clearing double and at the same time contributed to calming the nerves.

It was not the performance of the starter Reneé Gesell that caused a change in the circle, but the impending thunderstorm. It was important for everyone involved to see Lina pitch and so she was also used defensively from the third inning onwards. Already after the first pitches it became clear where the journey would go. With a comfortable 6: 2 lead in the back, Lina left nothing to surprise. A strikeout was subsequently noted on the score sheet for nine out of ten batters and shows in its entirety the dominance of the 16-year-old exceptional athlete, who hit almost every spot with almost unbelievable ease.

It was only in the 5th inning that the young Wesseling team managed to get bat to the ball.

In a great at bat, L. Bergmeier got on Base with a walk. She saw 11 pitches including 5 foul balls. In the end, however, this was not enough. The end result was 13: 2.

As a team, equipped with great enthusiasm and passion, the team was well prepared. Offensive (14 hits) as well as defensive there was nothing to complain about for the new coach.

“The key to success is a homogeneous team. A team that always believes in itself and never gives up. Such a team is hard to beat. No matter by whom.”

We would like to thank and congratulate the Wesseling Vermins for a great game, winning the European Cup and the associated promotion to the Premiere Cup. We look forward to seeing you again next year.

Thanks also go to the large number of spectators, the umpires and scorers as well as our catering crew.

None of this would be possible without you.