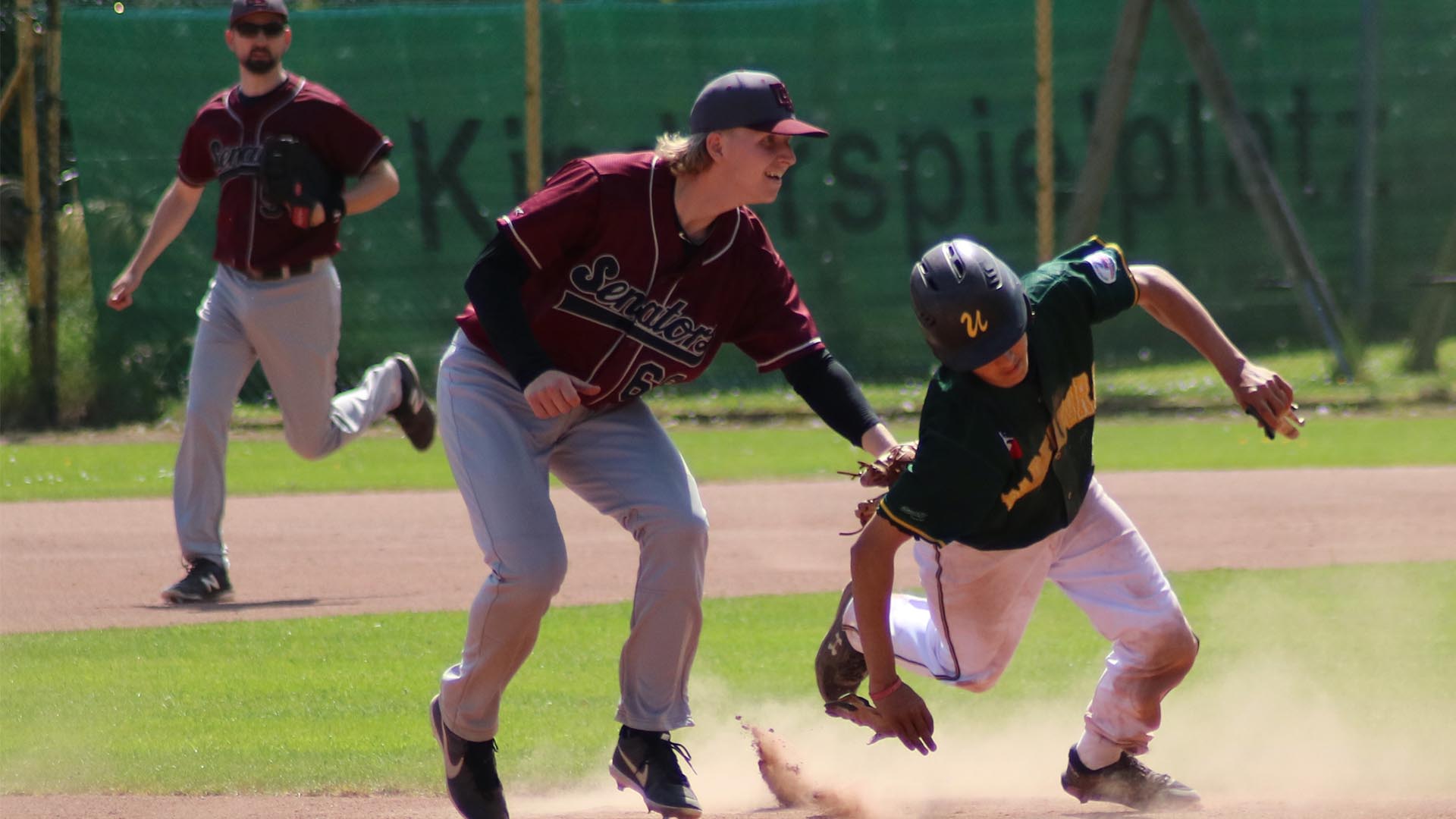 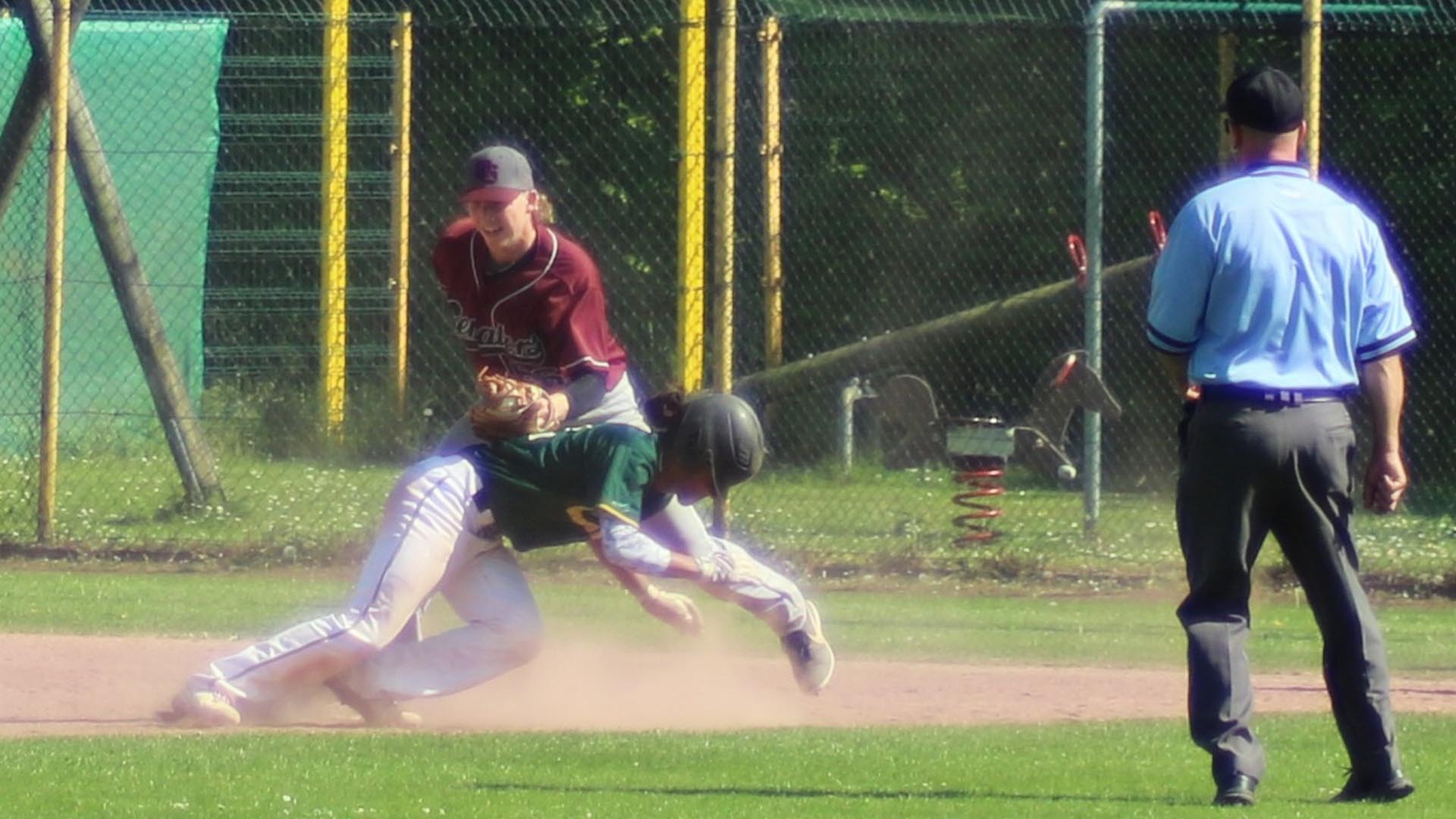 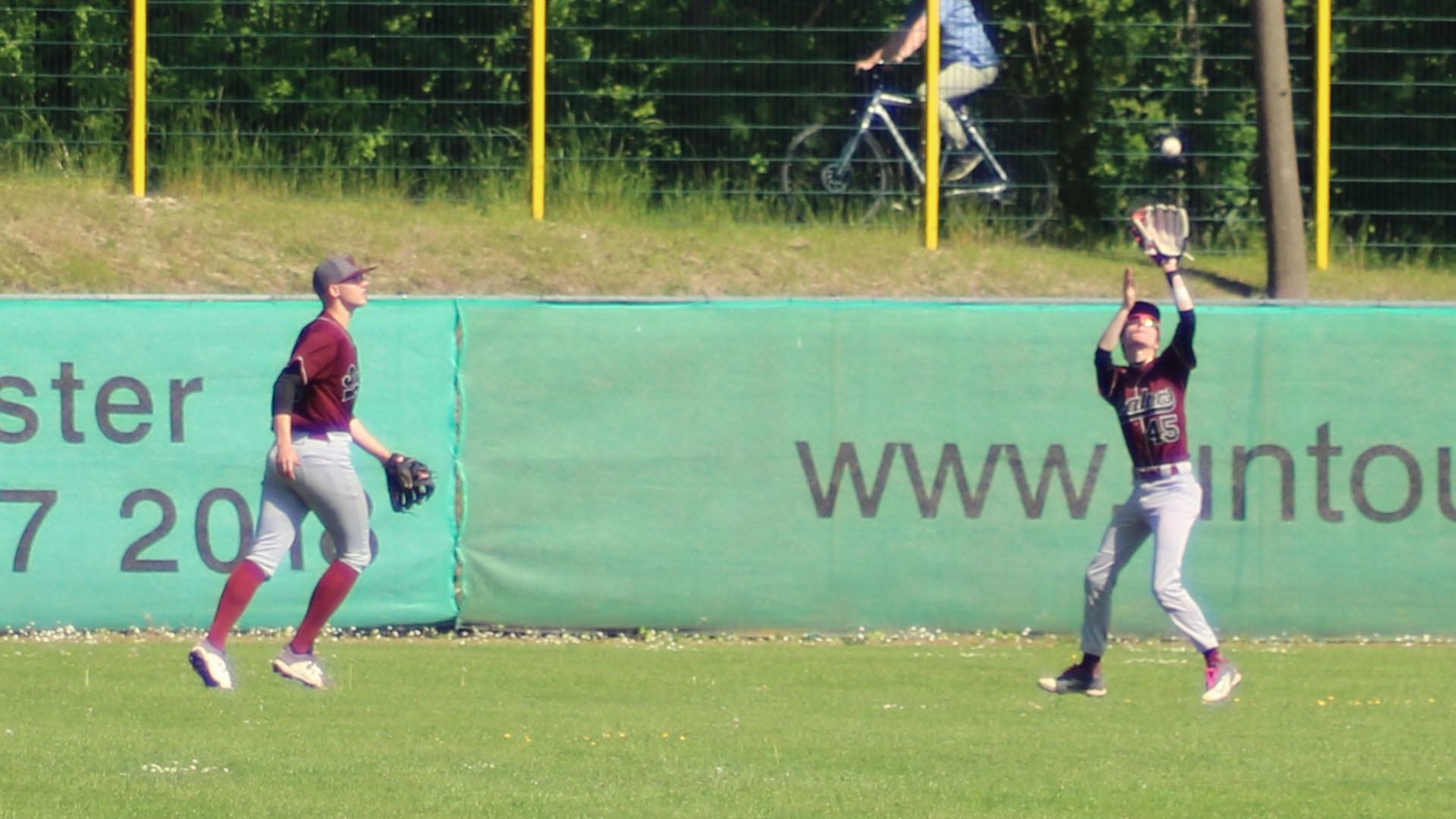 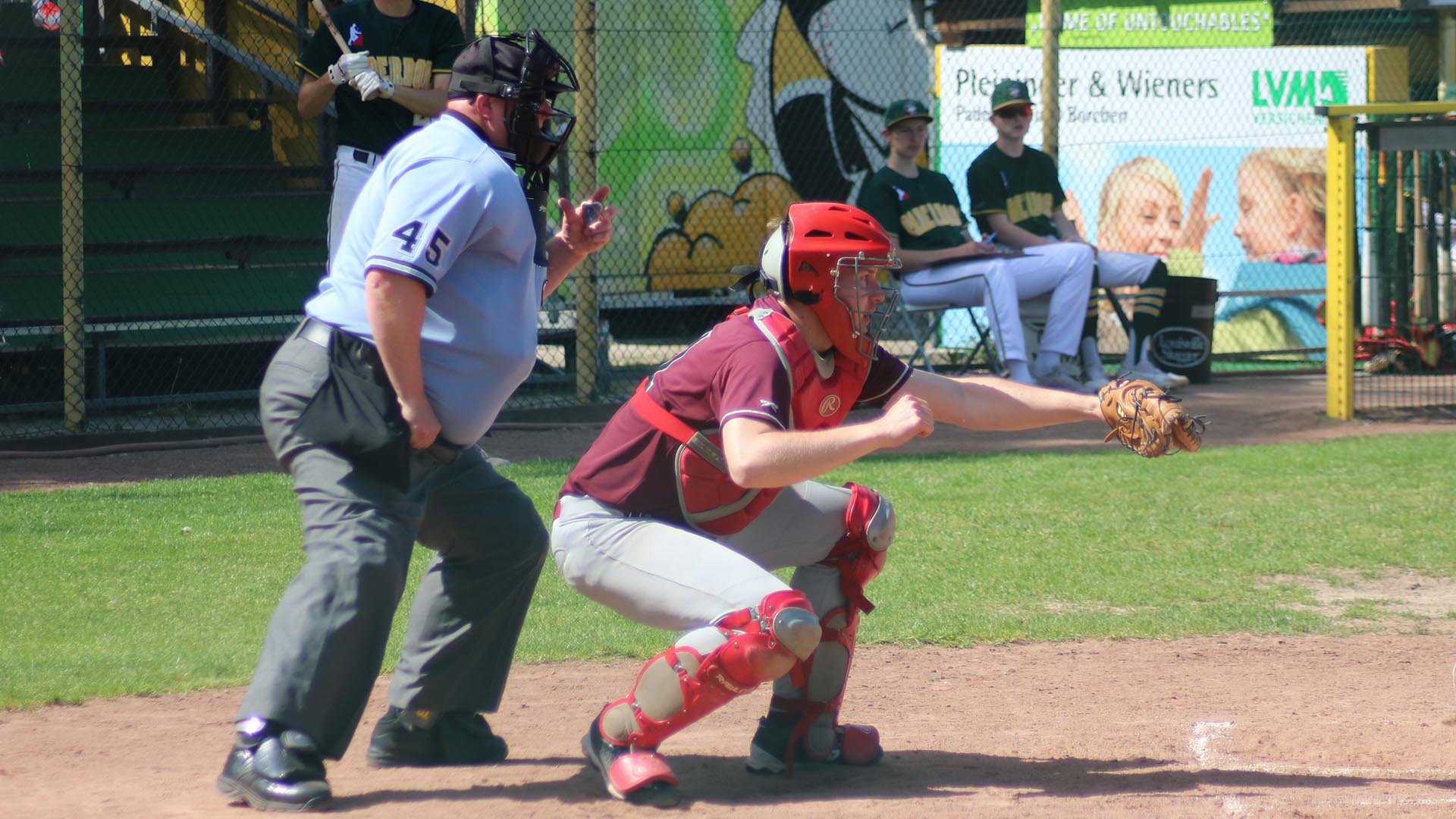 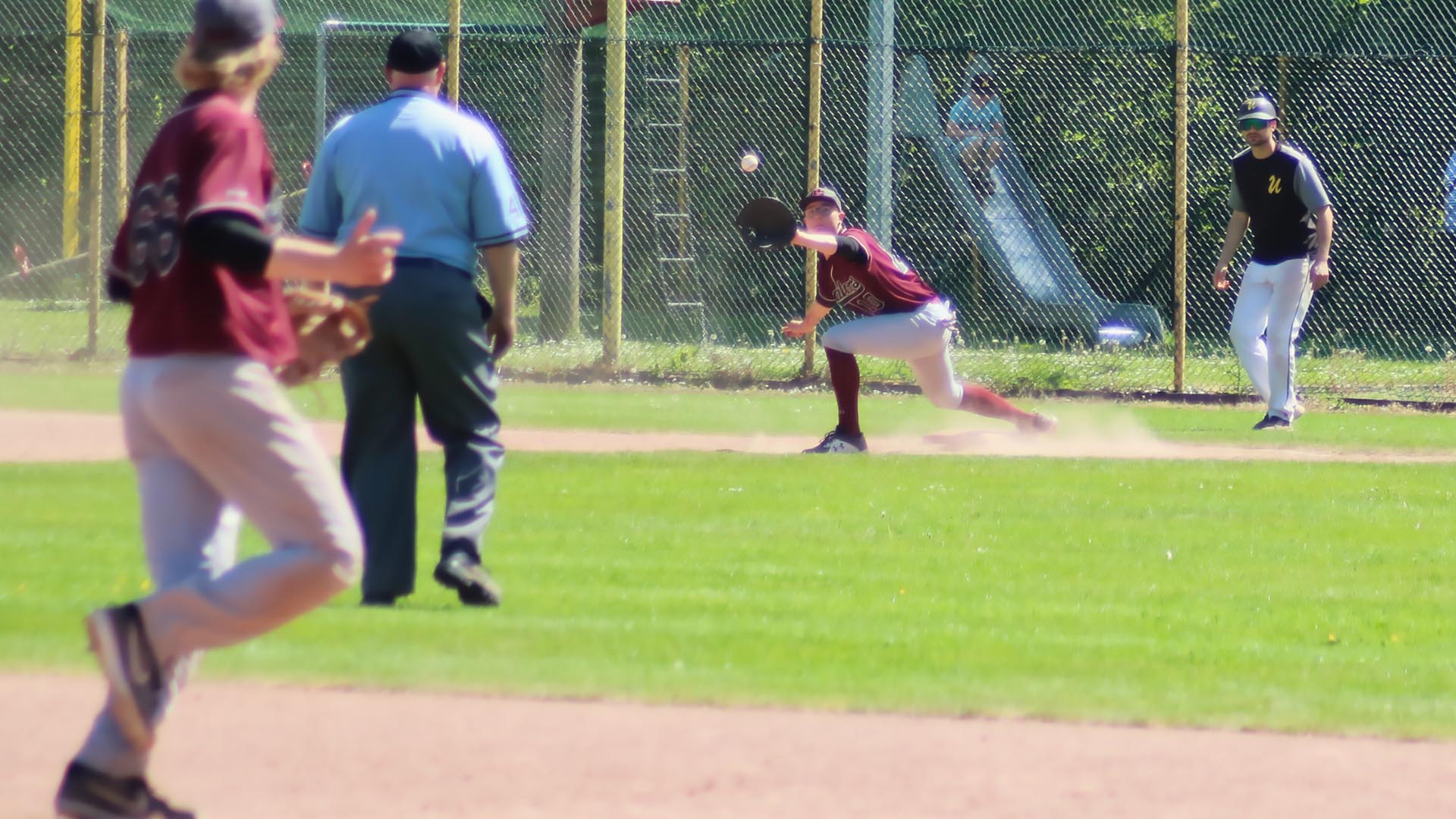 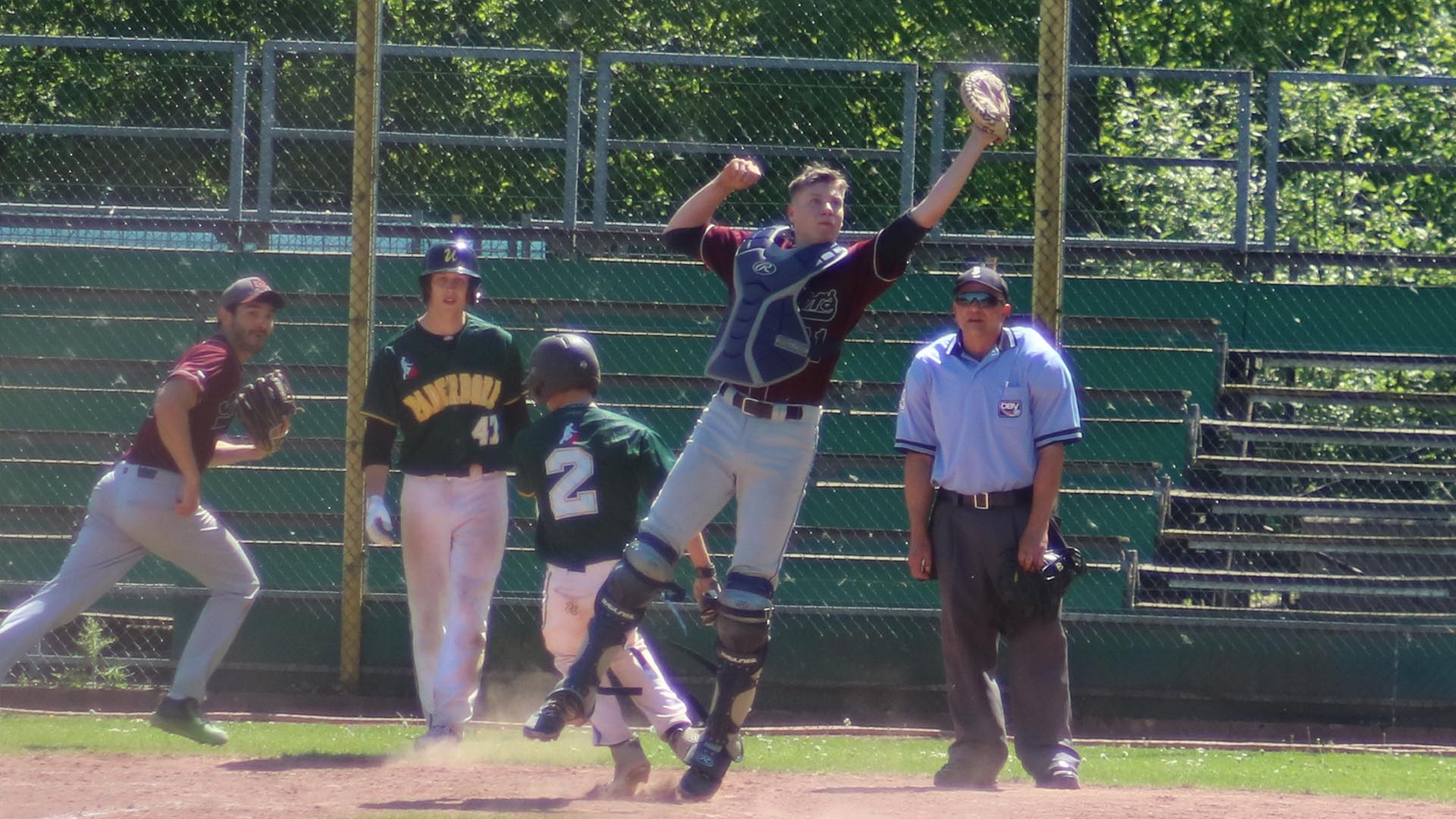 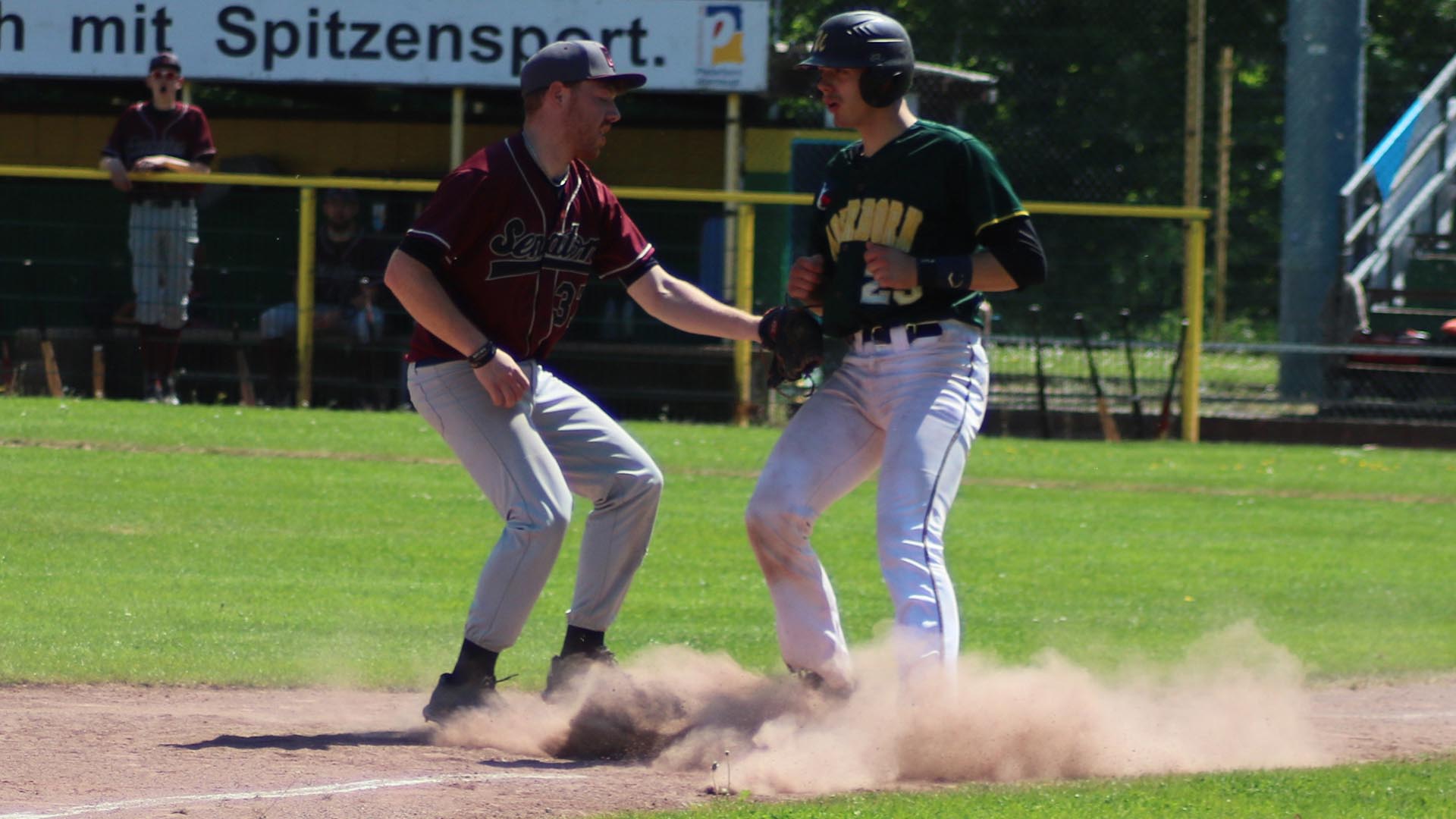 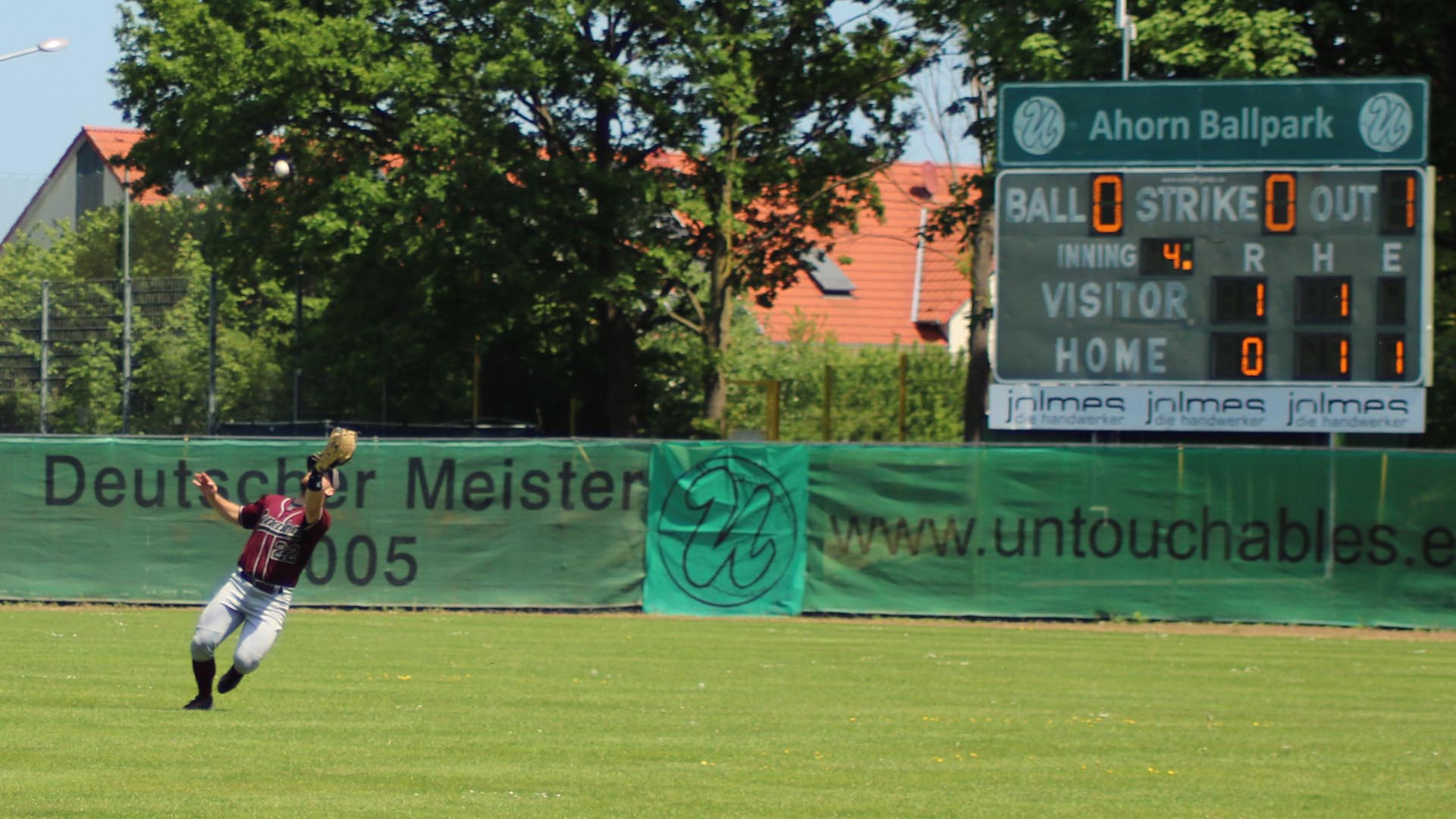 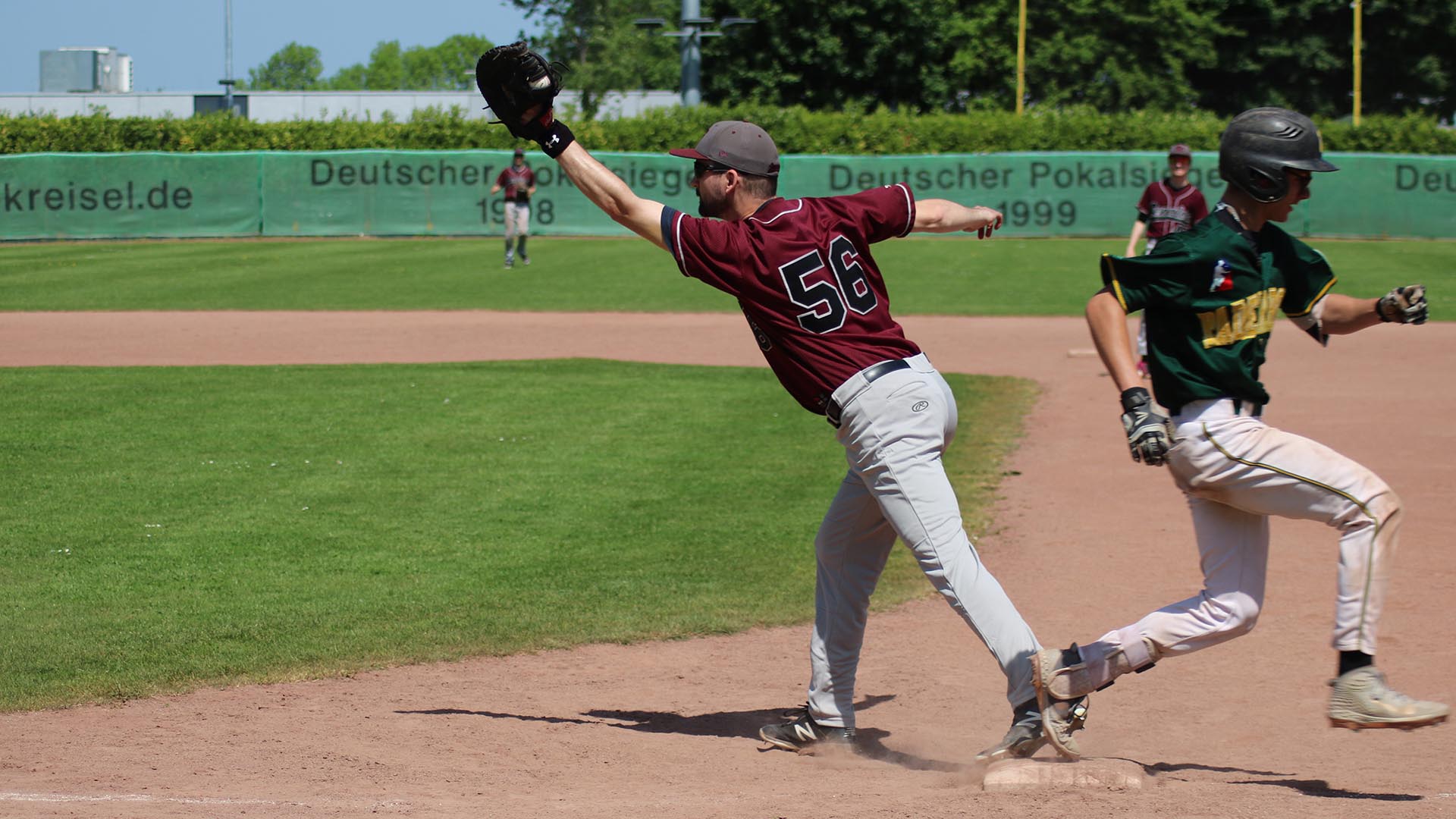 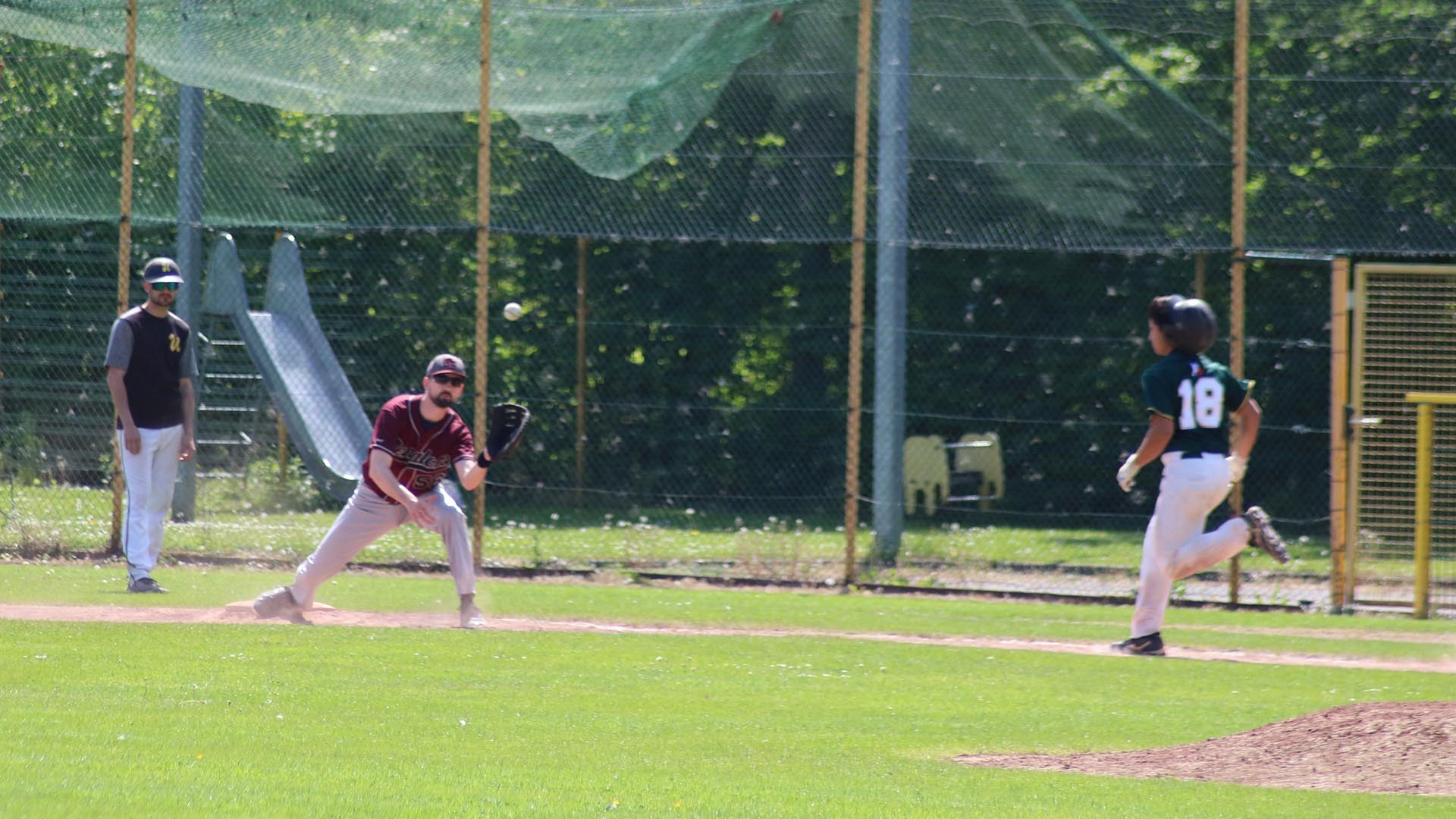 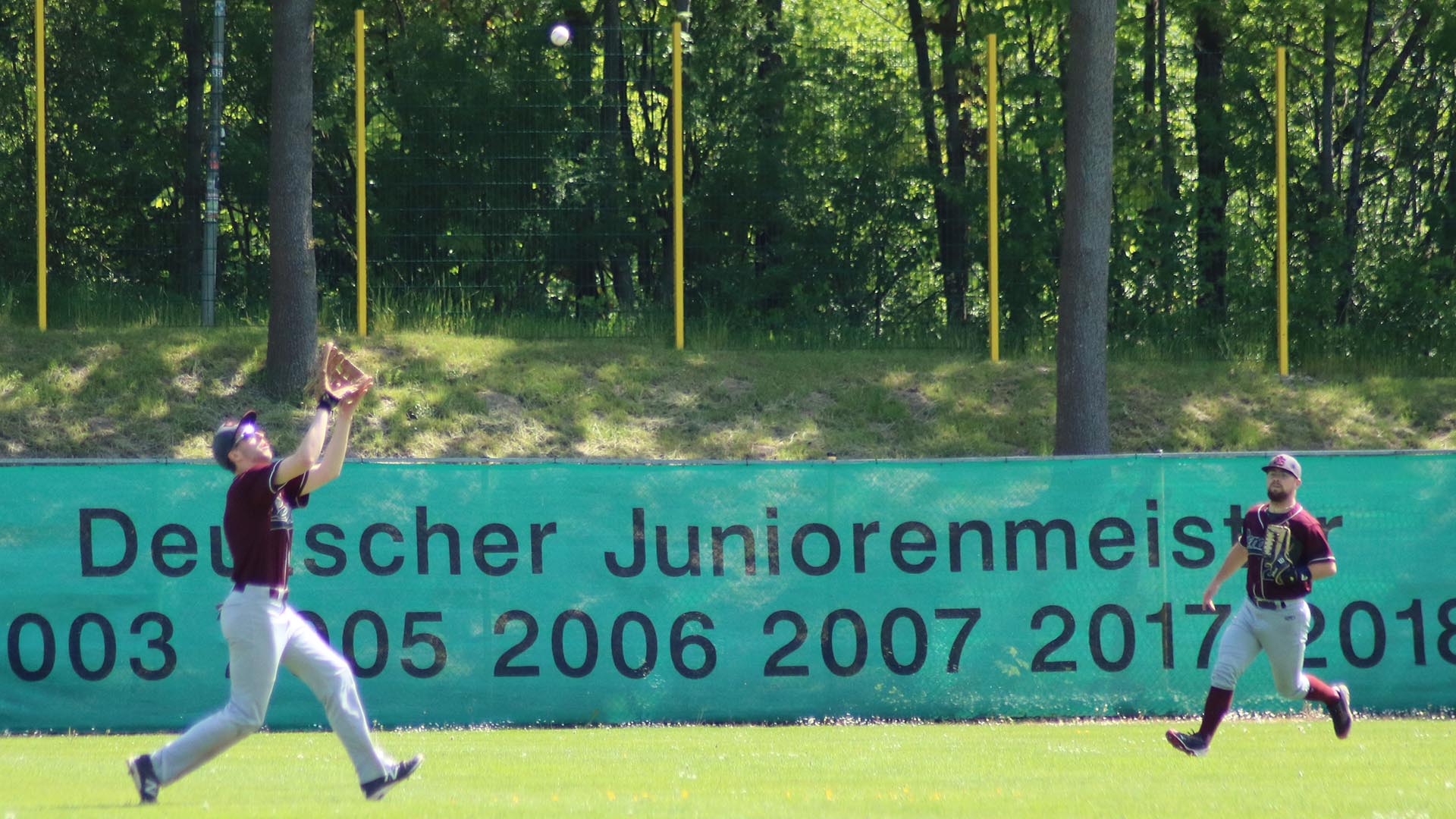 Confidently backed by their first win in the last game, but also with respect towards the Baseball Academy of Paderborn the Team headed north to face the Untouchables.

Already in the first Inning the Senators were able to to take a 1:0 lead, which resulted in a heap of confidence and a more aggressive game plan, to build upon the early success.

The two teams, both at the plate and on the mound, were evenly matched so that the Hosts were able to tie the game at 1 only three Innings later.

Tension reached its climax in the 7th Inning when, with two runners in scoring position and two outs, the Untouchables had to change their pitcher, in order to prevent the Senators from taking the lead. In which, unfortunately for the team from Düsseldorf, he succeeded.

As the hosts offense started rolling on in the 8th there was little to do for the young team, but to watch 8 runs come across home plate. They were however able to tack on two more runs, to show their ever-improving offense wasn’t going to take a halt against strong Paderborn pitching.

Finn Jakoby also proved once again what a reliable constant he has become while only giving up a single run in his start.

Off of a strong first game the team was highly motivated to start the next 7 Innings of the Day. Paderborn, however, seemed to have used the break to switch up their offensive strategy and started laying down bunt after bunt. Unable to defend against them and more hard hit balls the Untouchables built as sizable lead, to which the Düsseldorf bats didn’t seem to find an answer. Not a single run could be scored in game two. Maybe the arising heat was partly to blame as the team seemed out of Energy with quite a few of their core players missing.

But at the end of the day the team headed home with a strong showing against a highly completive team, which excites to see what future games will bring.