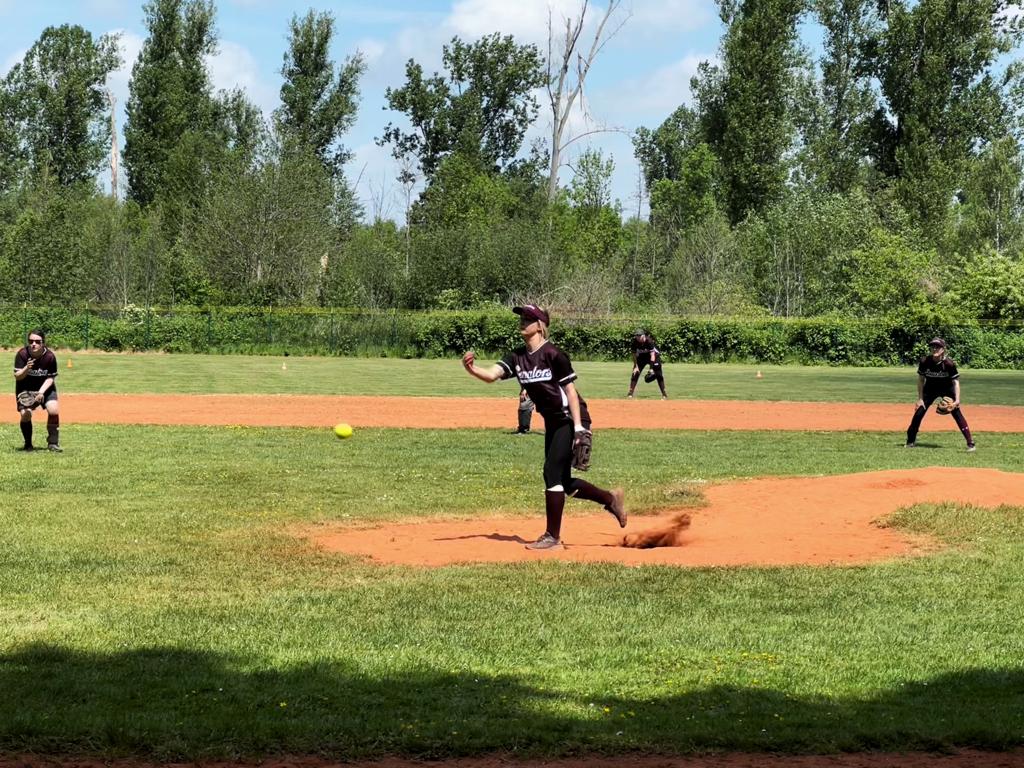 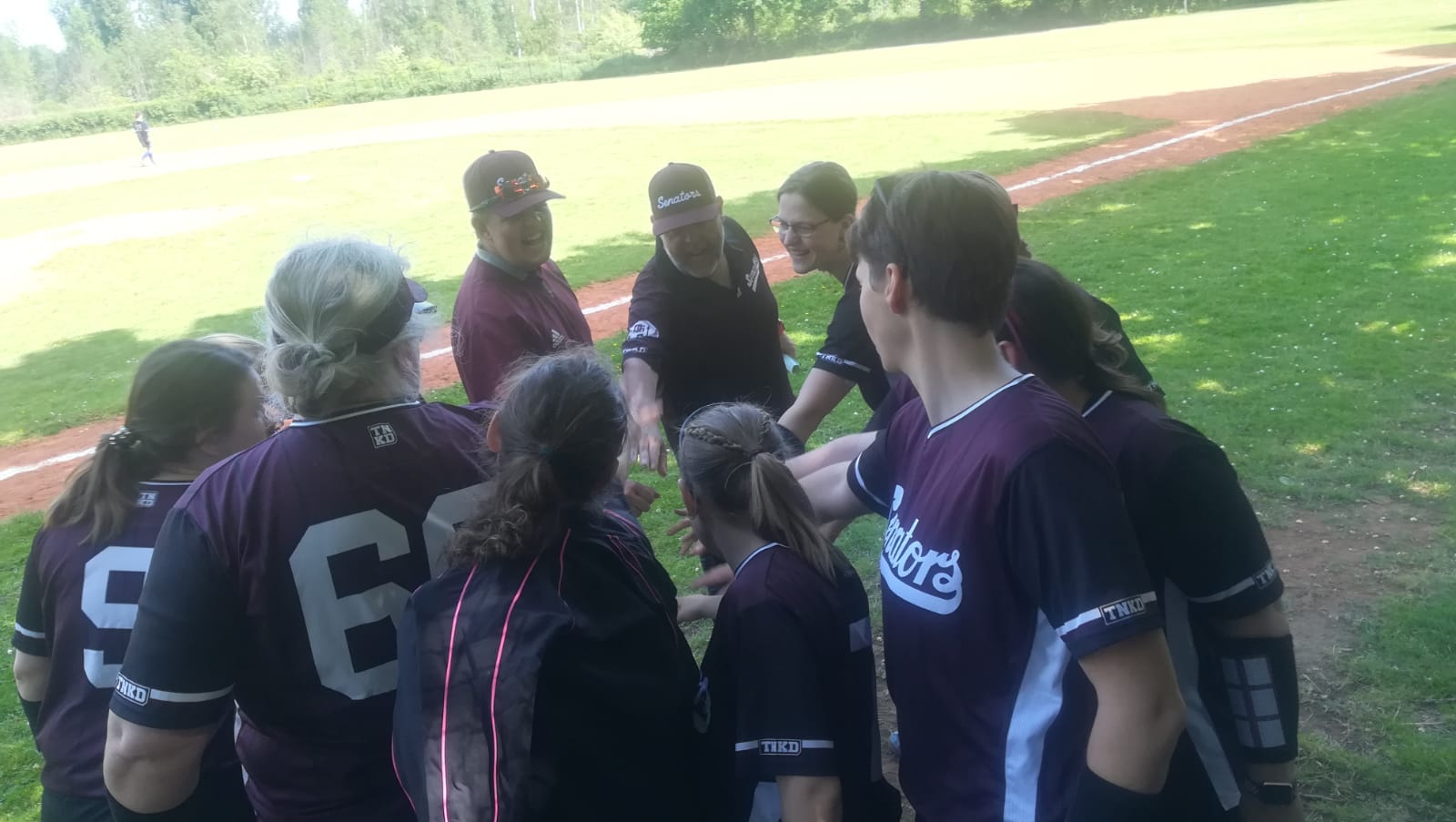 MAY 14th | SOFTBALL LANDESLIGA IN AACHEN 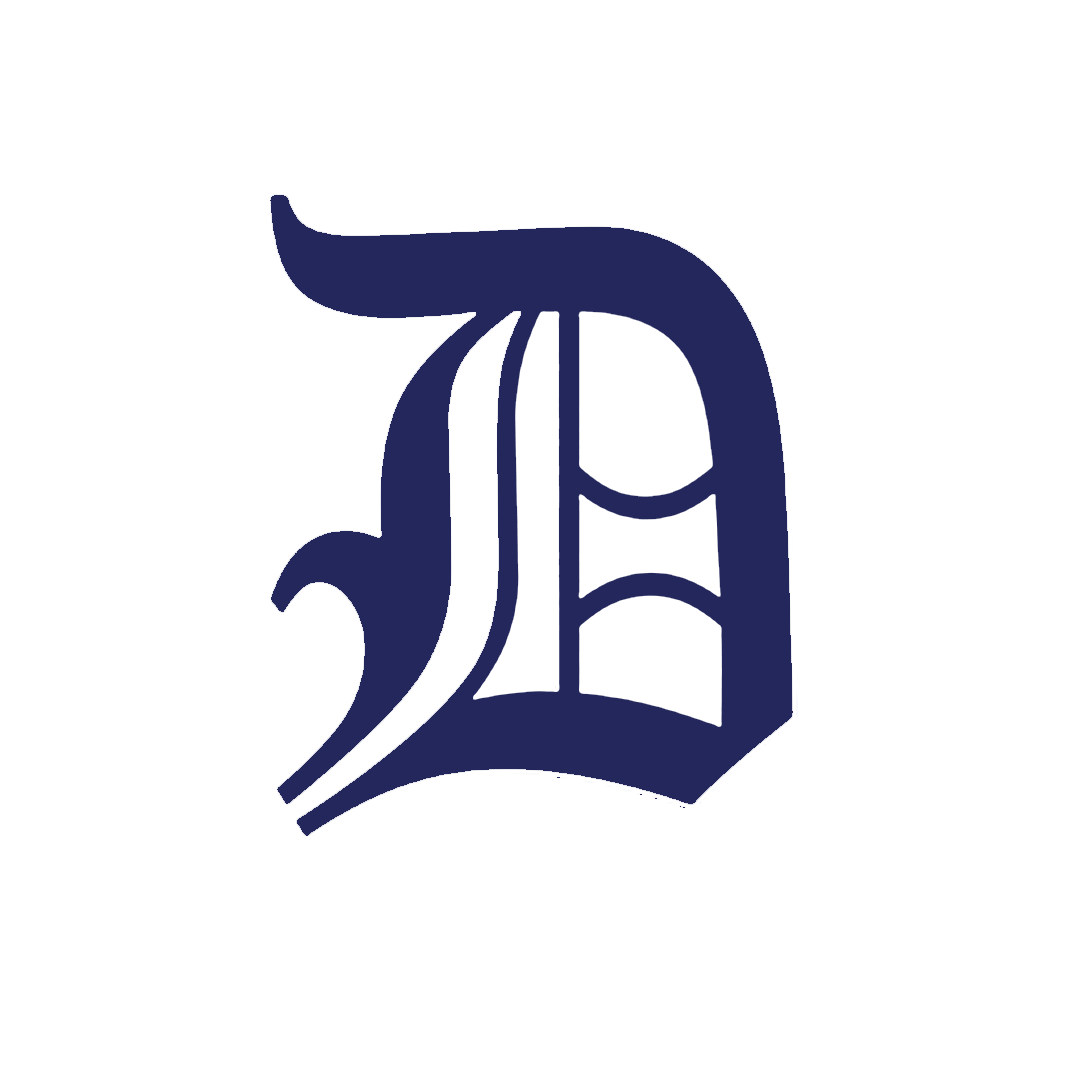 On Saturday, May 14th, the Senators Ladies went to Jülich for their first game of the season. Surely you thought back to the last meeting between the two teams. On the last gameday of the past season, Jülich won an exciting and high-class game with 4:3. A result that was intended to be corrected from Düsseldorf’s point of view. Even if you had to give up the planned starter in the circle on short notice due to illness, there was no reason not to set out on the path to Lake Barmen with confidence. In a good mood and highly motivated, they met an opponent who calmly and routinely played their game from top to bottom and that’s exactly what the Senators Ladies couldn’t do that day. The joy of the game quickly gave way to nervousness and so some routine plays on the defensive end were not made and enabled the opponent to set the course for victory relatively early in the game.

“We had to switch so many times before and during the game that we had to be careful not to lose track.” And we means the two coaches Patrick and Frank Mohr, who demanded a lot from their players that day and had to rotate the Denfense time and time again.

“No one likes to play in unfamiliar positions, especially in the first game of the season.”

“It was a bumpy start but I’m still not unhappy,” added the head coach. “Even if there is still a lot of work ahead of us, I am very satisfied with the batting performance of most of the teams. That was actually something I thought about the most.”

The ladies had worked intensively on their hitting technique over the winter and the significant increase in performance compared to the previous year could already be seen in BP. In the game, too, the 7 hits were not bloopers or Texas leaguers, but rather hard and well-struck flyballs and line drives. Patrice Armitage, with a double and a triple, should not go unmentioned from a very well-functioning offensive.

Even if the game was clearly lost in the end, the path surely points in the right direction.

“One must never forget where we came from as a team. We are in the process of recruiting new players and integrating them into a well functioning team. We are pursuing a long-term plan, trying to make softball a popular interest in Düsseldorf.”

Passion, time, work, rest, joy and a lot of patience are attributes that characterize this team and will ultimately allow them to play successfully.

Big thanks to the Jülich Duchess for their hospitality. It’s always great to play against you.