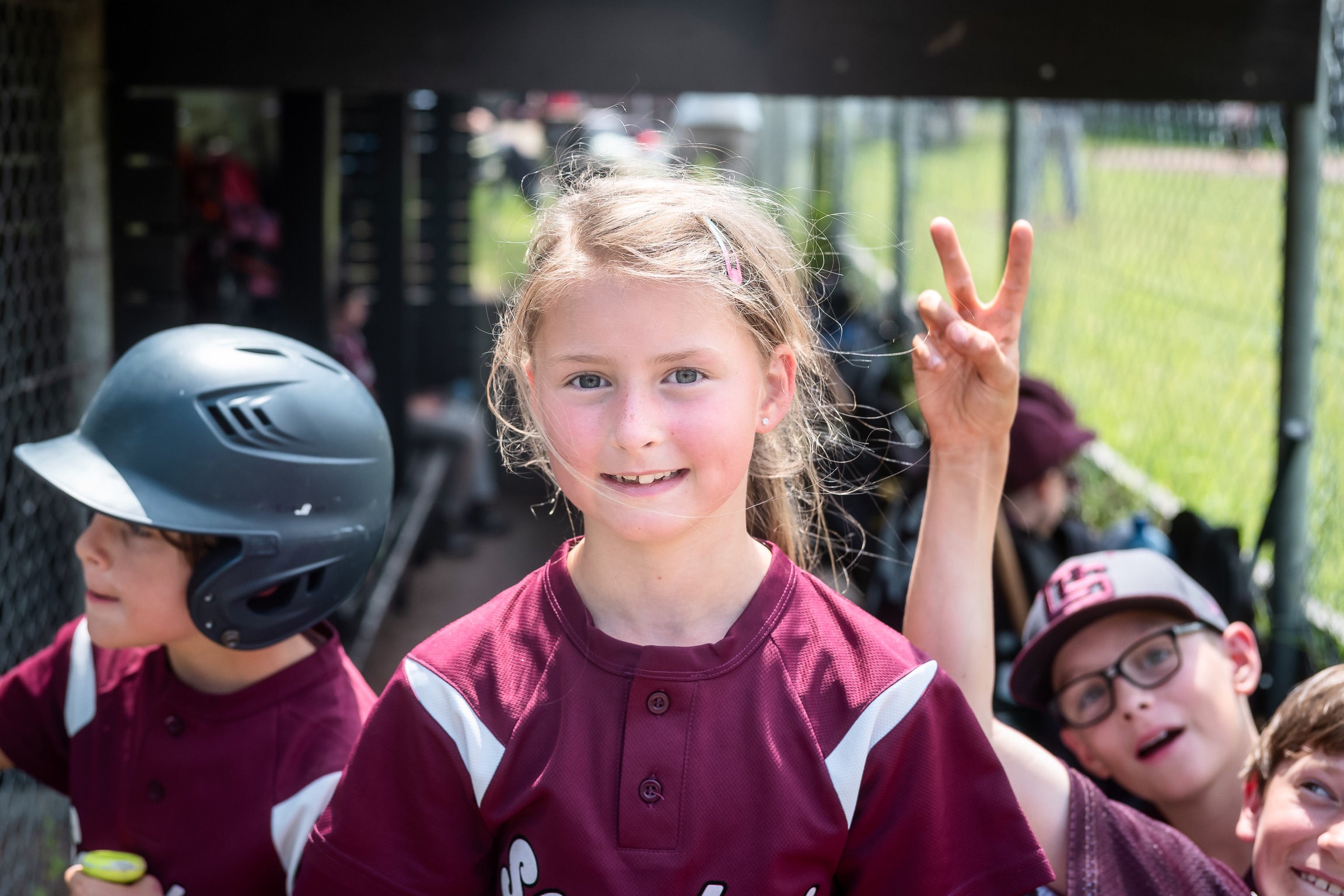 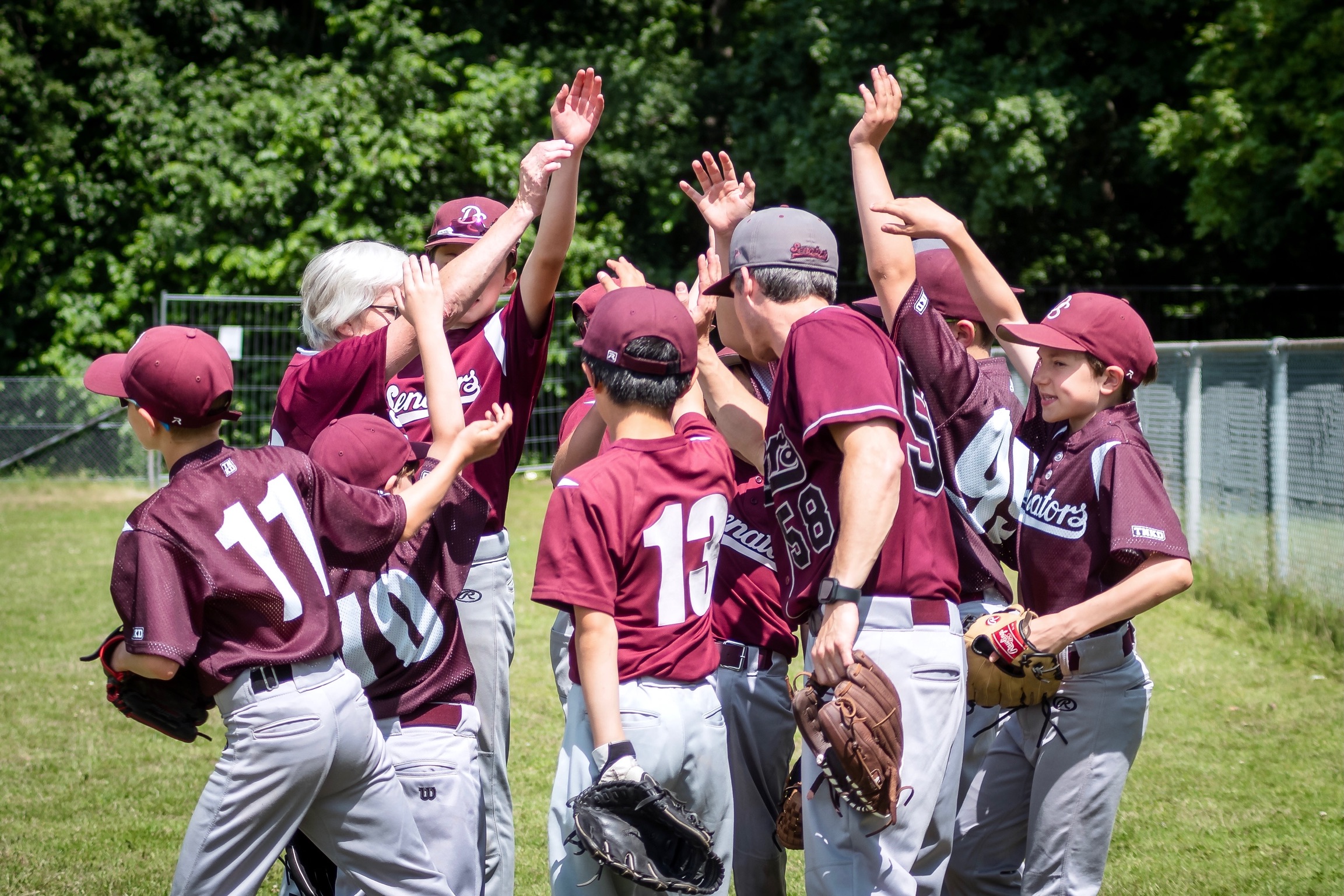 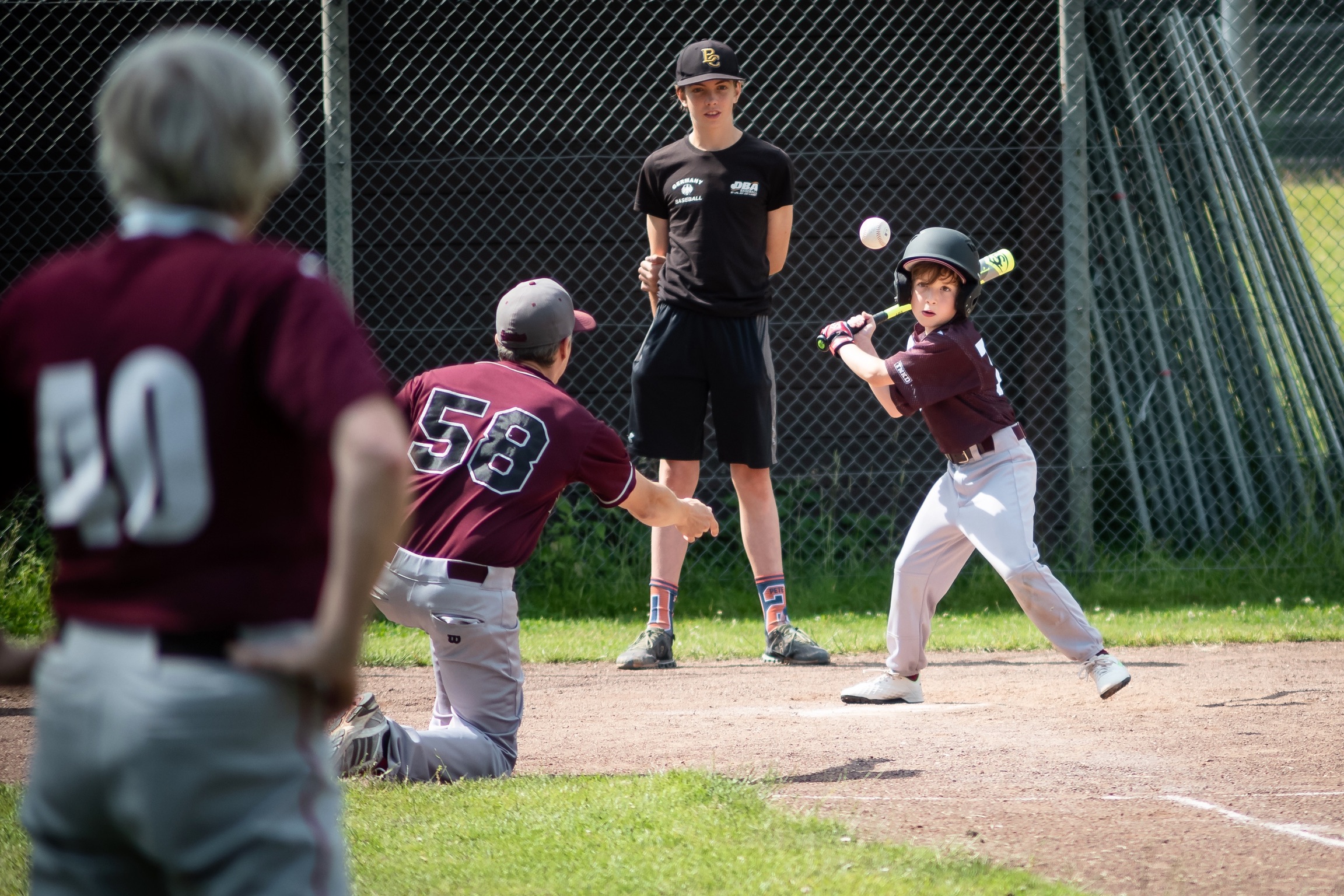 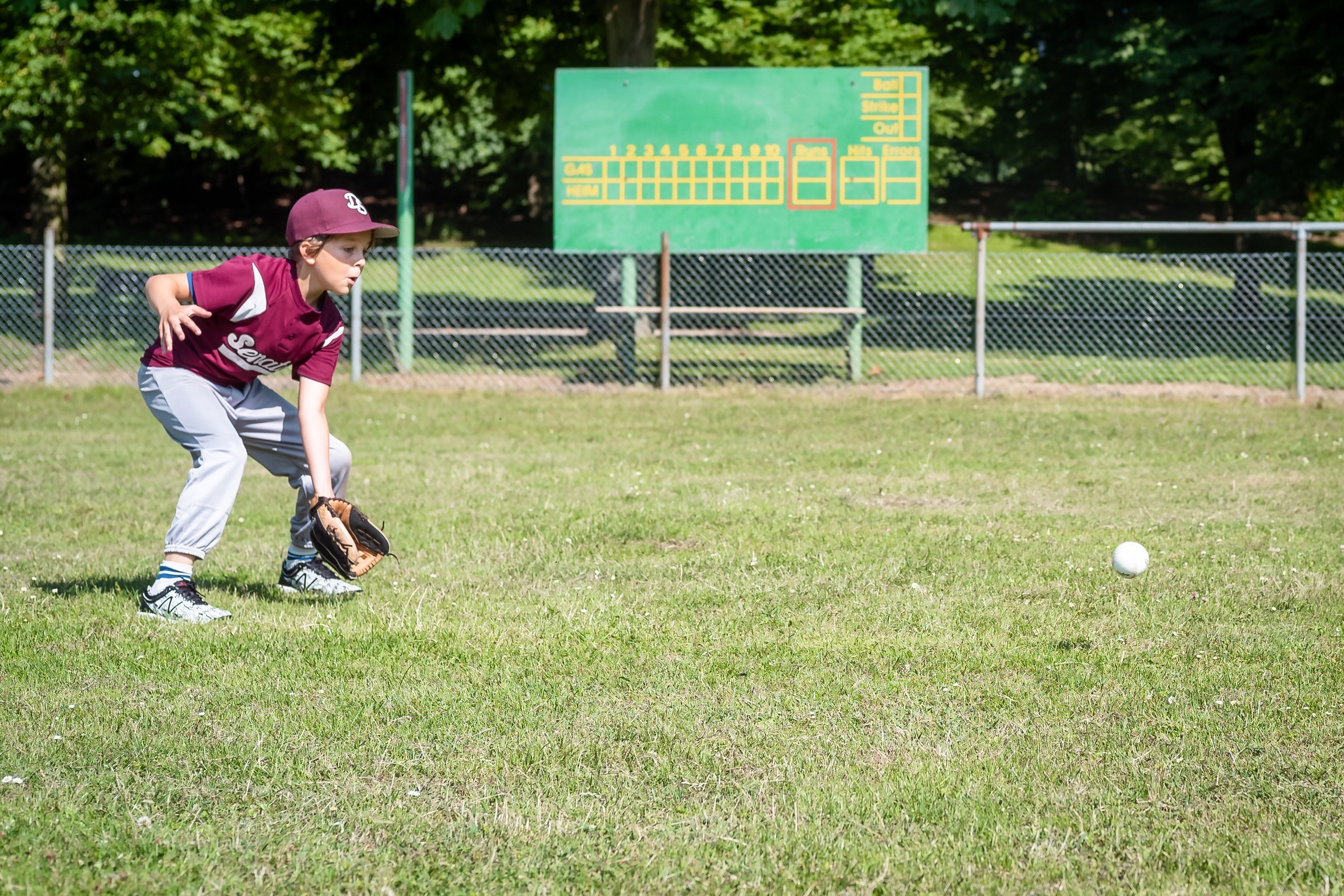 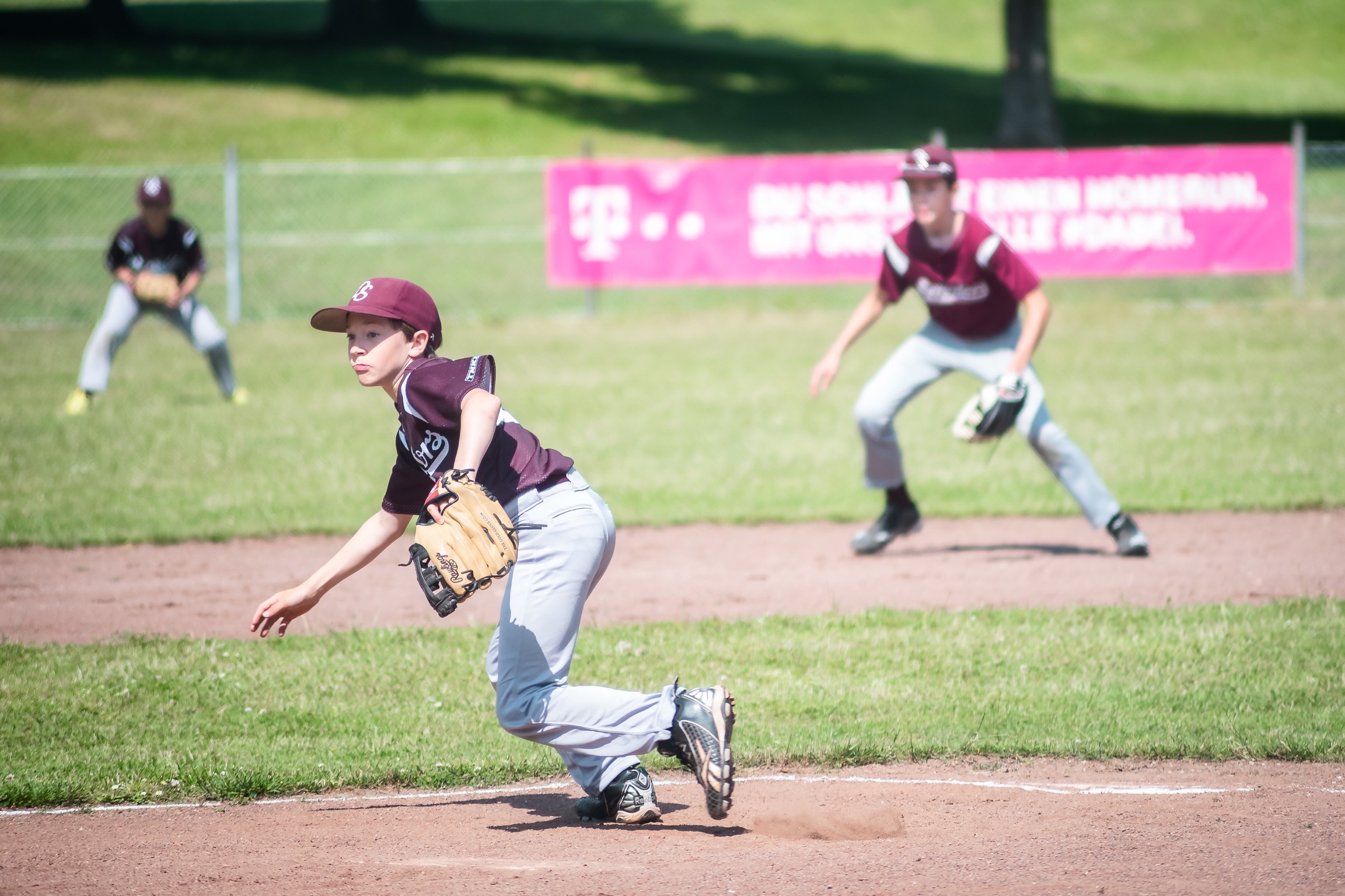 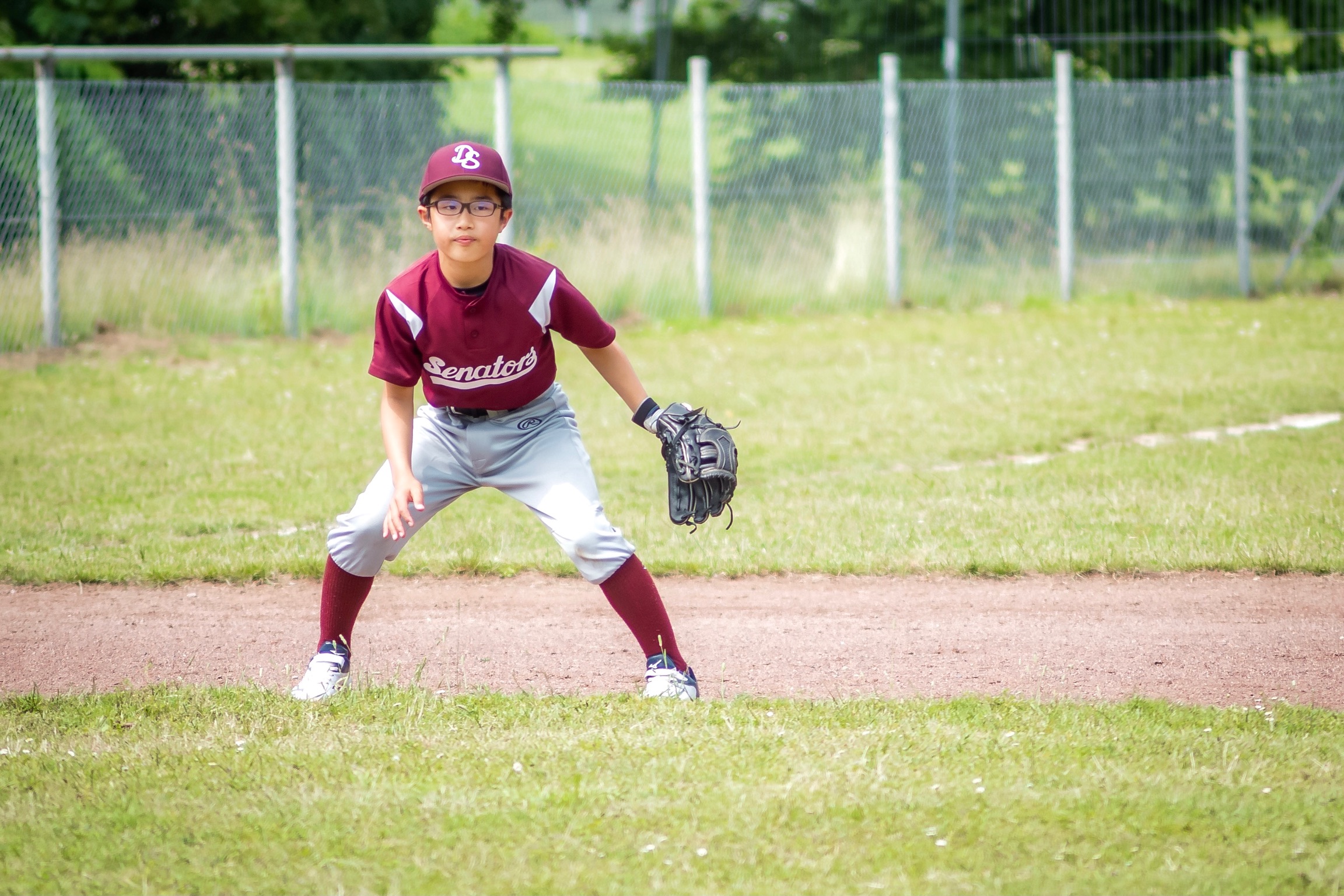 Strong showing in the first double header of the season

The first game finally took place on Saturday, June 26th, 2021 in Bonn for the Düsseldorf Senators U12 against the Capitals.

With great, sunny weather and players full of energy and joy from our U12 team – who haven’t been able to play a game against an opposing team for such a long time.

You could tell how excited they were to be able to play – with 4 new team members in the lineup as well.
Two of them have never played a game before and yet during the game you noticed that they were working together as a unit.

Team play was very important! The first game was was played with Side Toss.
In terms of play, the Düsseldorf Senators were far superior to the Bonn Capitals and won the game 6:22.

In the second game there were brief irritations because a pitching machine was used that neither our kids nor our coaches had any experience with.

Since only two team members had the opportunity to practice with such a machine, there was a feeling of frustration for a moment.
But the Düsseldorf Senators did not allow themselves to be confused in any way and adapted to the new situation as a team, encouraged each other, cheered and fought in every inning.
They rewarded themselves with a score of 1:10 in the end.

We can be so excited about the upcoming games that will take place after the summer holidays.
It’s so much fun to watch the team develop and grow!!!

We thank the Bonn Capitals for a great atmosphere and great catering at the Baseball Stadium Rheinaue.

I would also like to thank our coaches for the great work they do with our children.