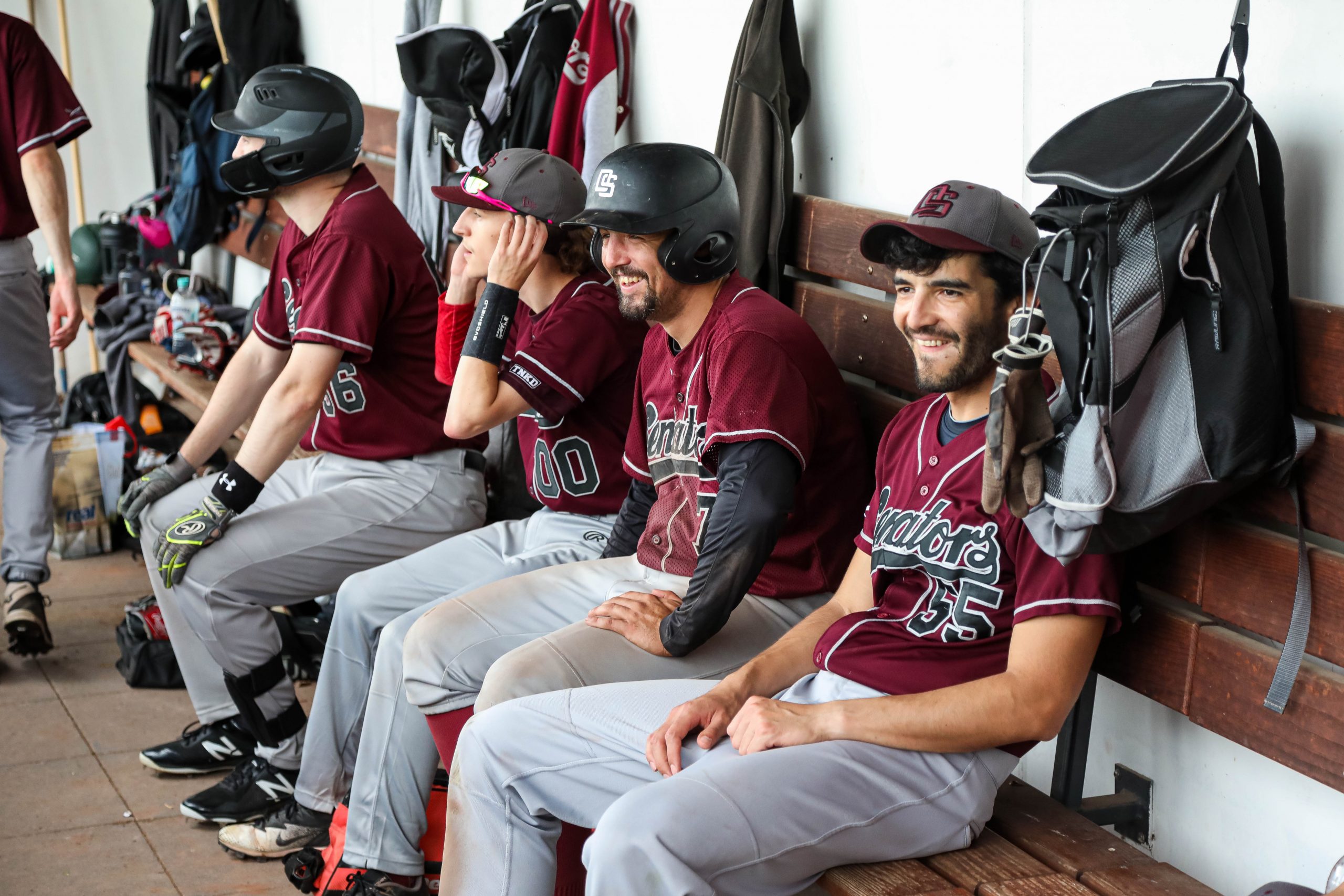 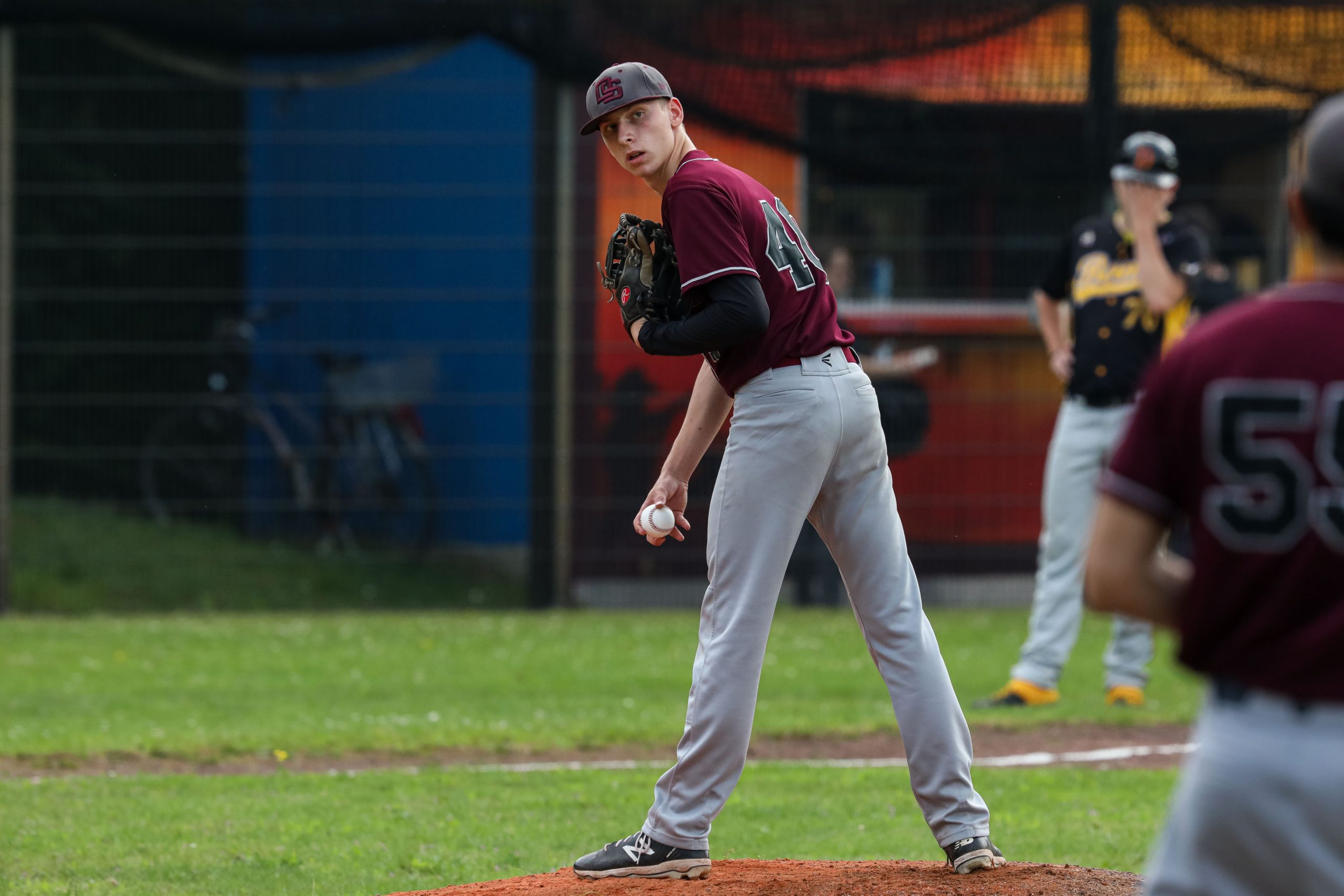 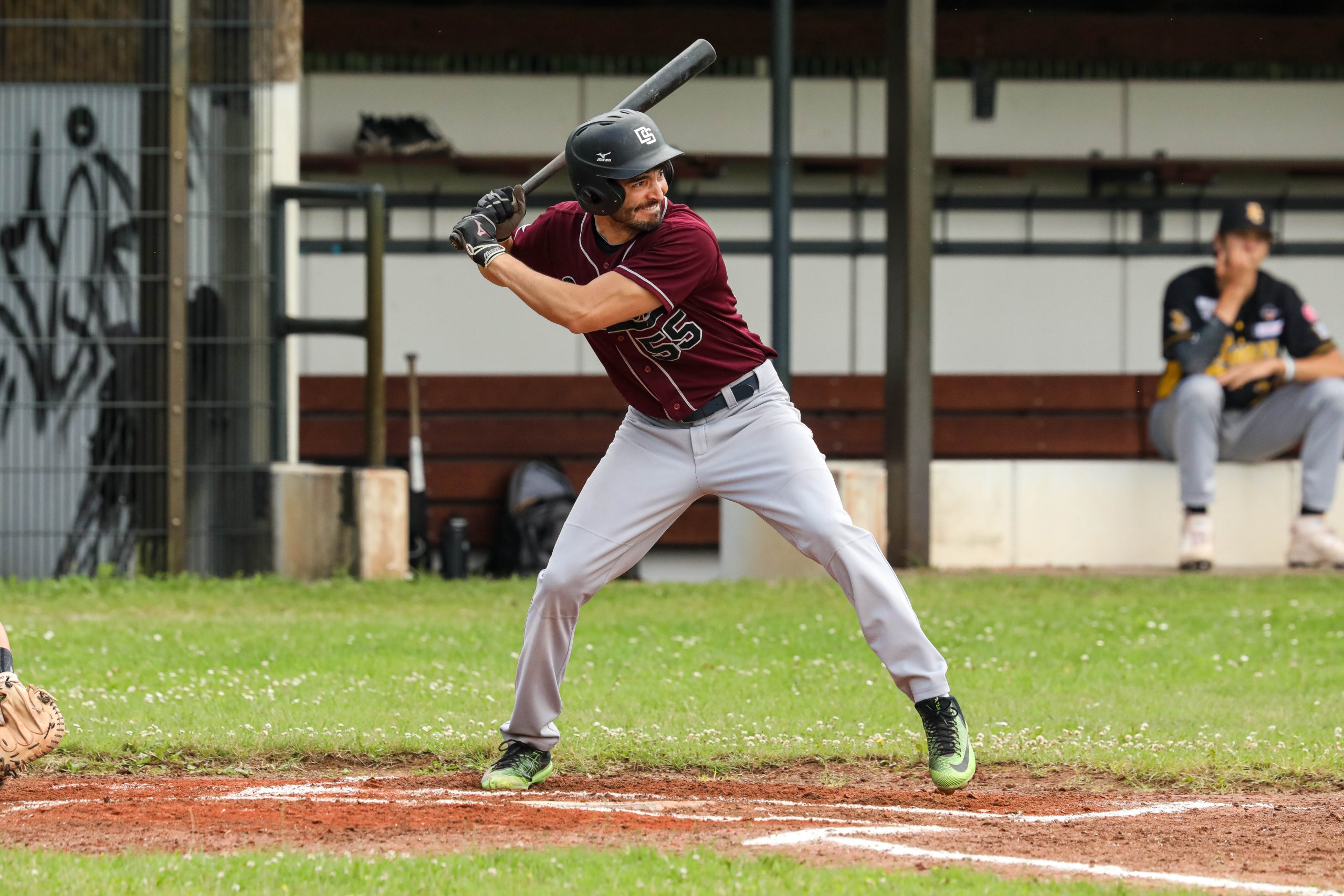 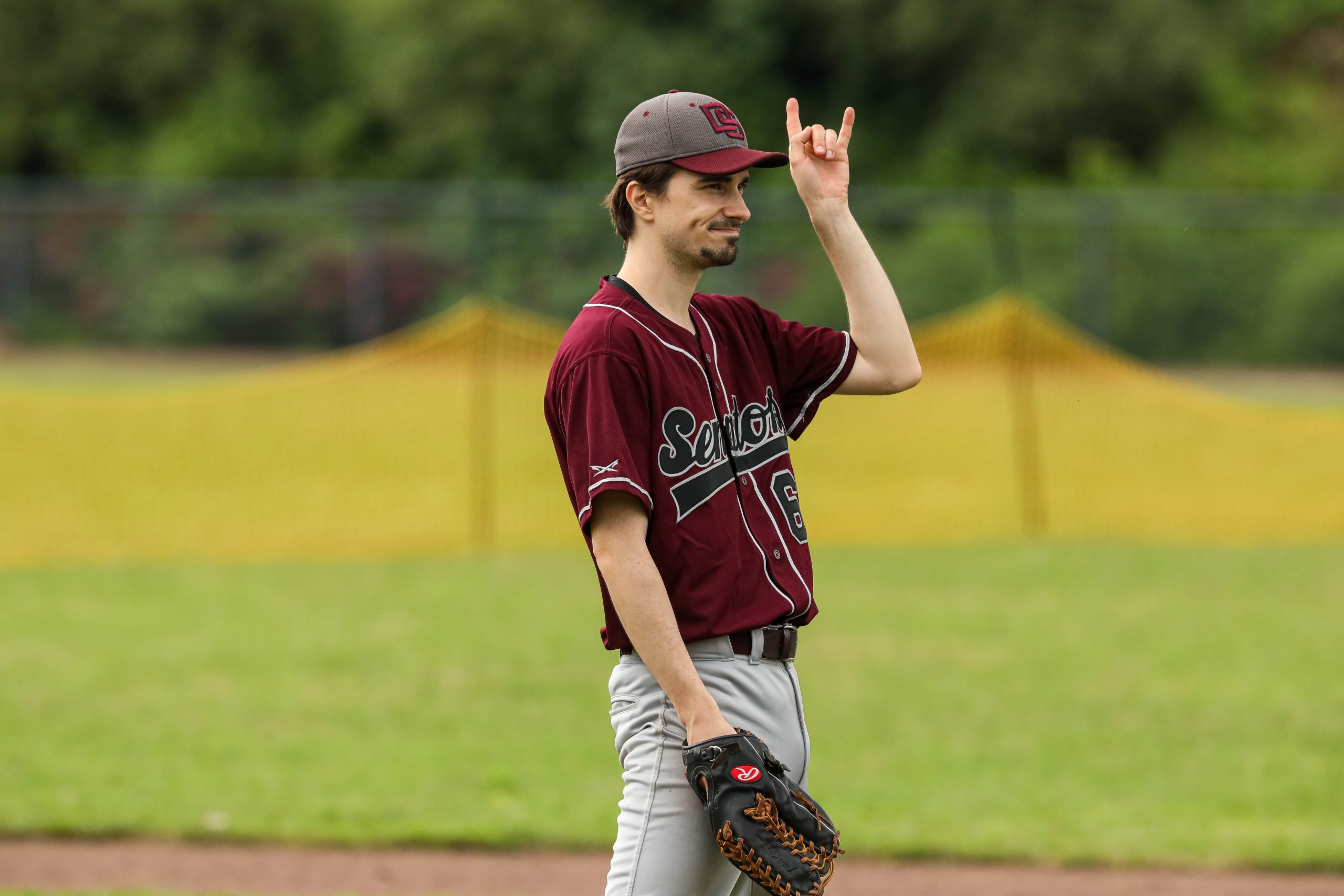 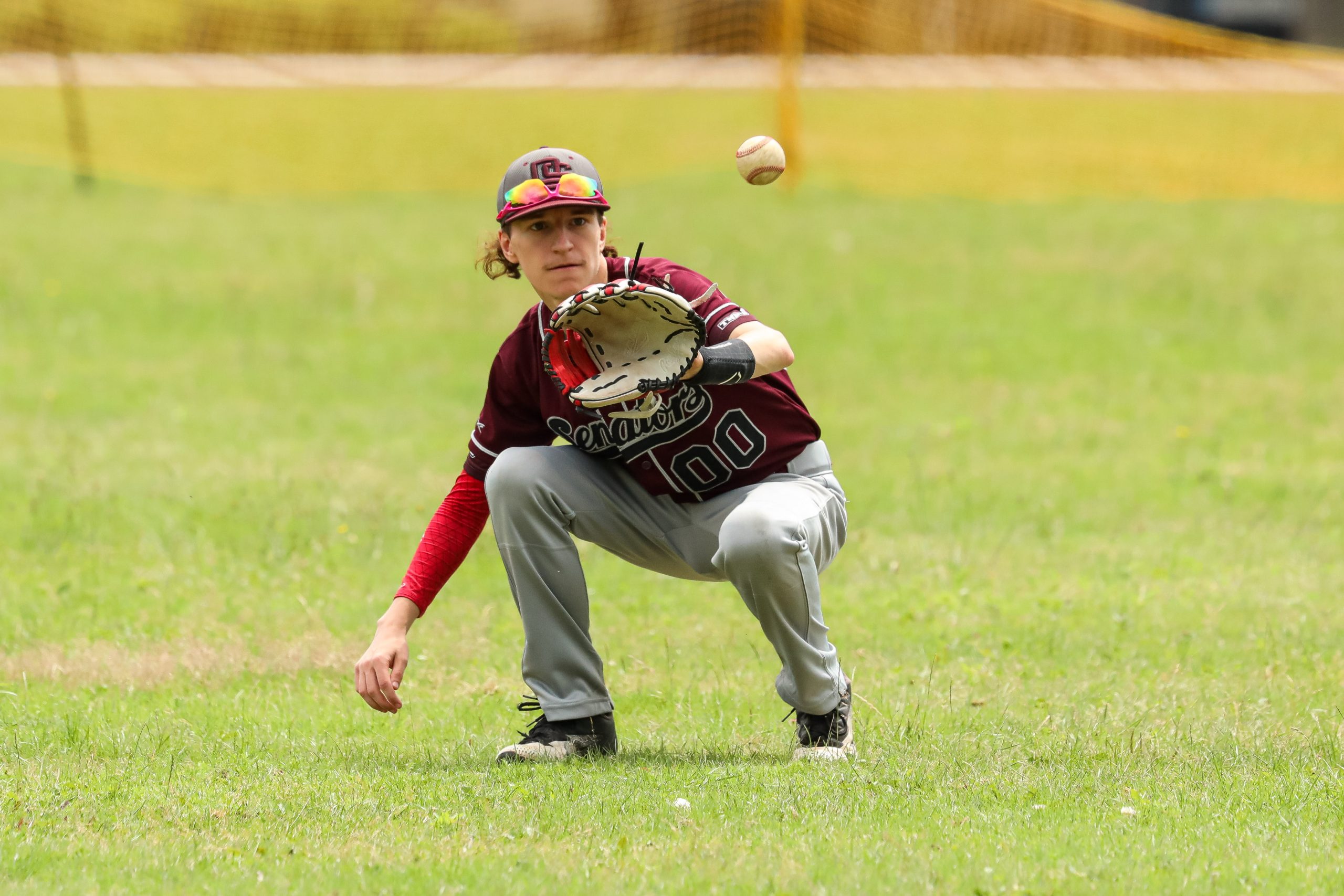 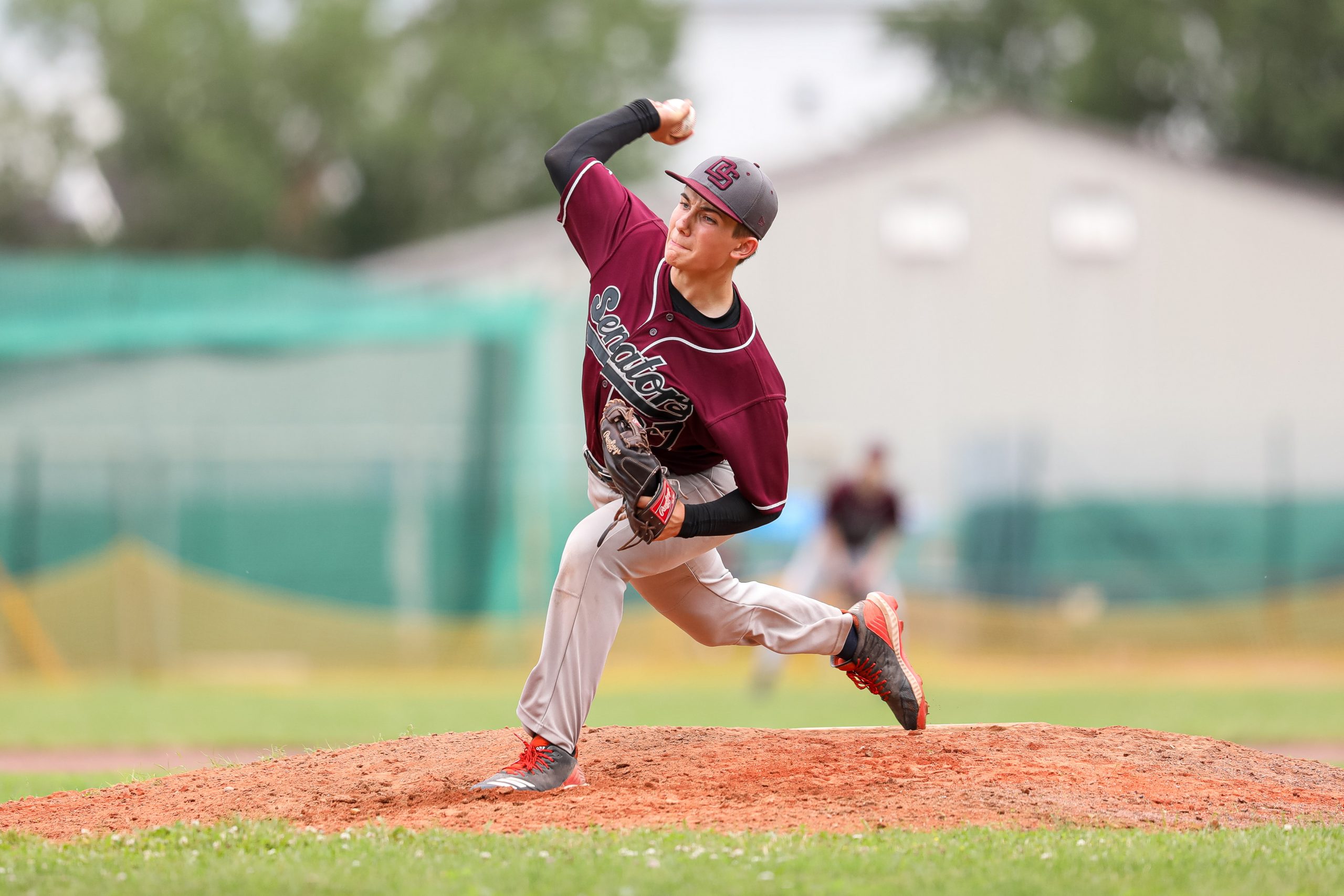 After a long corona-related break, the ball is in play again on Südallee

The late but long-awaited start of the season in the second Bundesliga was heralded on Sunday. Due to Corona, a significantly shortened season will be played this year. Promotion and relegation are suspended, so that the remaining season has more of the character of friendly matches. Nevertheless, the Senators want to keep up with sport and are aiming for a place in the midfield. But the focus is not on the results. The Senators want to gain experience in the strong league and prepare for the next season.

The second team of the Bonn Capitals was a guest at the season opener on Sunday. Both teams had to struggle with failures due to vacation and national teams. The Bonn team was very powerful and won both games of the double header. Even if it shouldn’t be enough for the Senators to win their first season win at their premiere in the 2. Baseball Bundesliga, the team was in excellent shape on the defensive and on the mound. Above all, the two pitchers Leon Stölzel and Anton DeAngelis showed what they can do in the course of a season. With great self-confidence and a good repertoire, they kept the powerful Bonners in check as far as possible. Not surprisingly, the Senators were not yet where they were before Corona. The long break, both in play and during training, had a negative effect on the offensive. A recipe against the good pitchers of the Bonn team was not found. The Capitals, on the other hand, were able to hit several home runs and recorded significantly more hits than the Senators.

In the first game, the Capitals prevailed 11-0. The Senators were rarely able to put their opponents under pressure in an offensive manner. In the end, the result was a little too high. It’s mainly due to a couple of mistakes in the field. The appearance of our starting pitcher, Leon Stölzel, in combination with the very good work of our catcher, Patrick Mohr, was positive. This battery was able to keep the result tight for a long time and gives hope for the future. It’s also worth noting that while the Senators didn’t have many hits, they almost always got the ball into play.

For the second game, Anton DeAngelis was used as the starting pitcher. Patrick Mohr as catcher again showed an excellent defensive performance behind the plate. Javier La Paz moved from the field to the mound as the relief pitcher for the last two innings. The early deficit at the beginning of the second game was quickly put away and as a result an exciting game developed with good actions on both sides. Both pitcher of the Senators could limit the capitals to 4 runs and showed excellent performances. With a run in the last inning, the Senators were able to shorten it to 1: 4 and prevent the shutout and a brilliant blow from Linus Dunskus landed just half a meter from the boundary in the left field. The first run of the season … The ice is broken!

We would like to thank everyone involved for the friendly and pleasant atmosphere. Umpires and scorers are mentioned in advance. Thanks also go to the Capitals. It gave us great pleasure to play with you. We look forward to future encounters.

The next game will take place on Sunday, July 11th, 2021 against the Neunkirchen Nightmares. Play ball for the first game is 12 noon on the TSG Benrath e.V. baseball facility on Südallee.