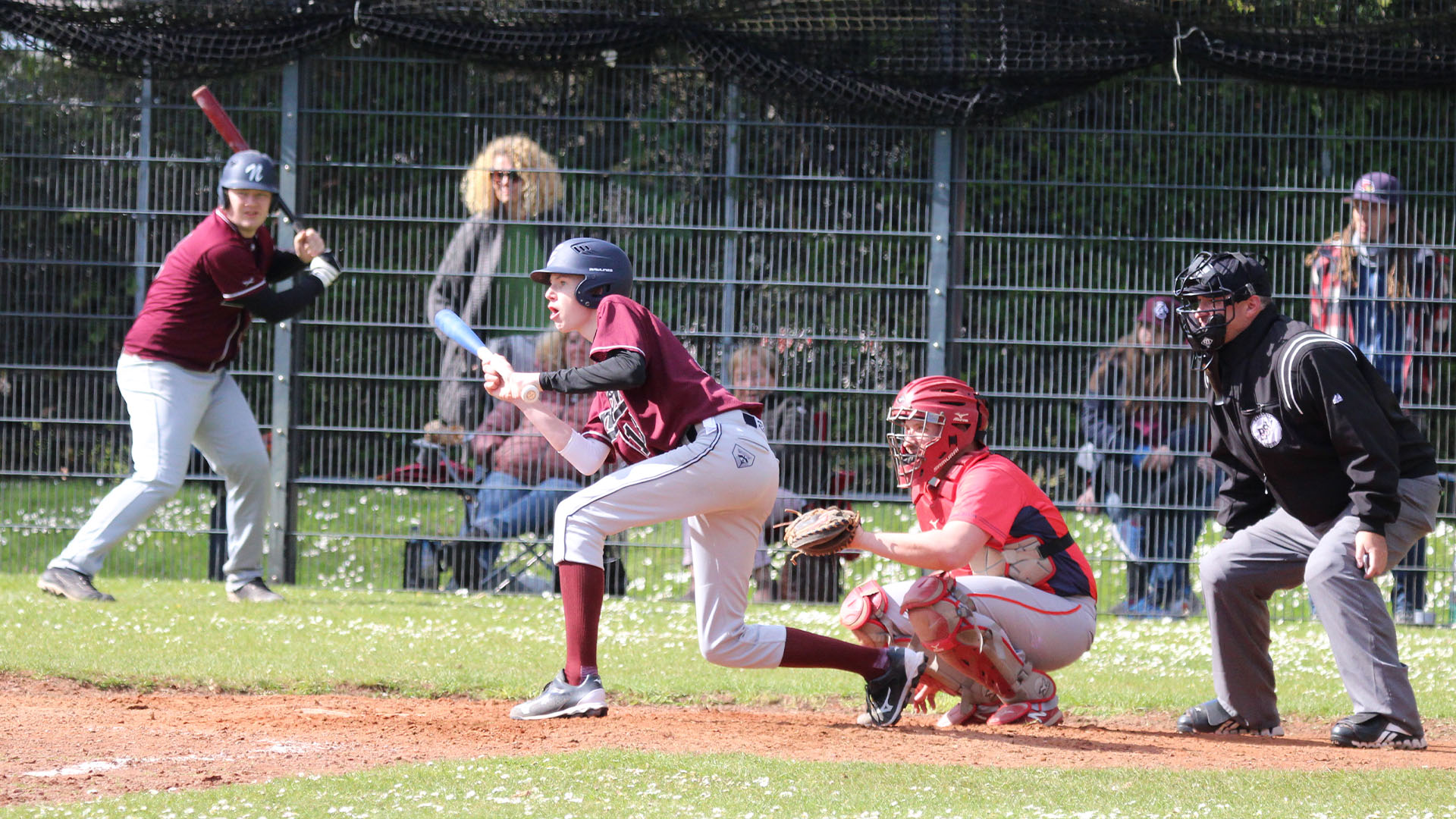 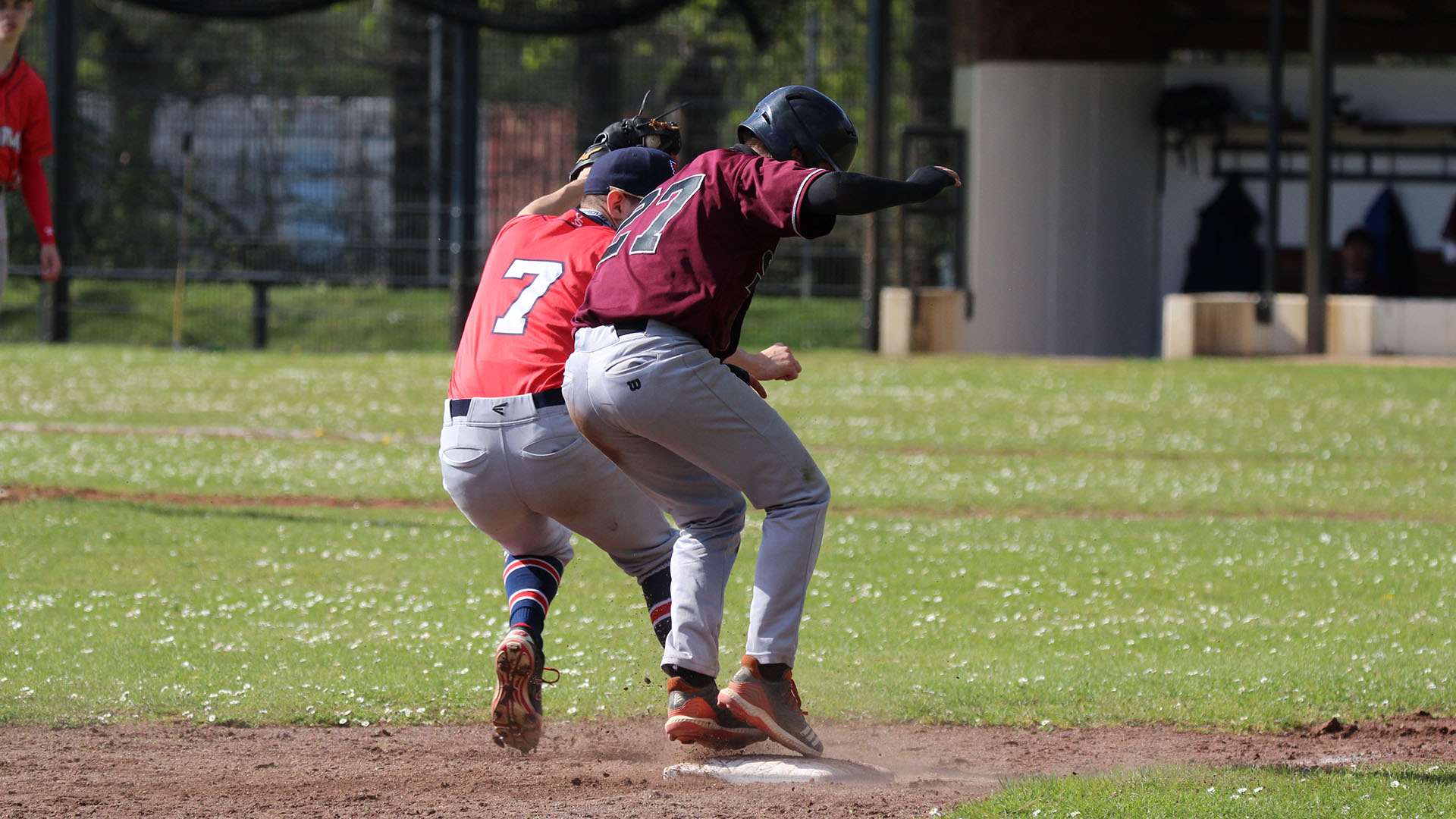 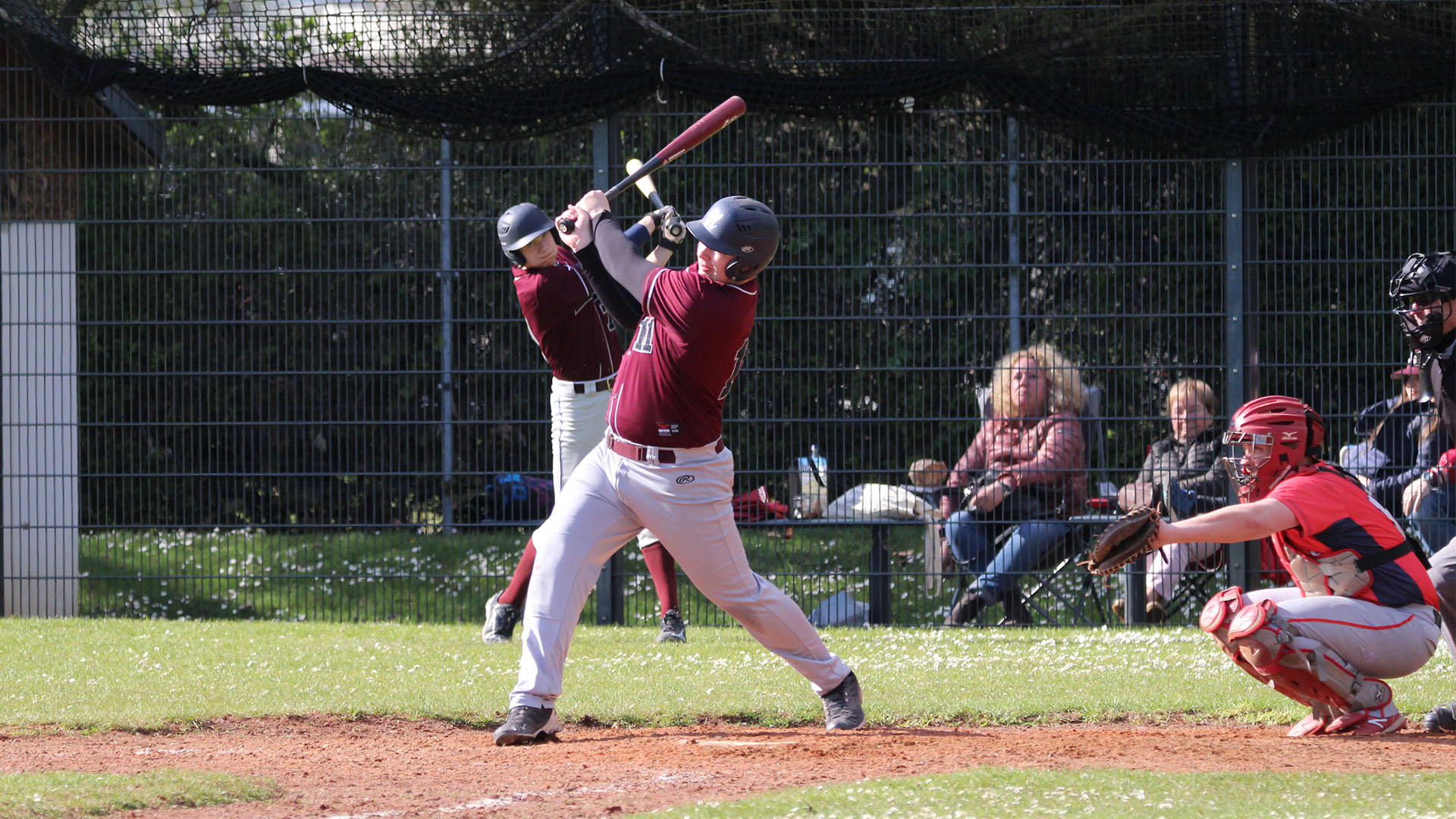 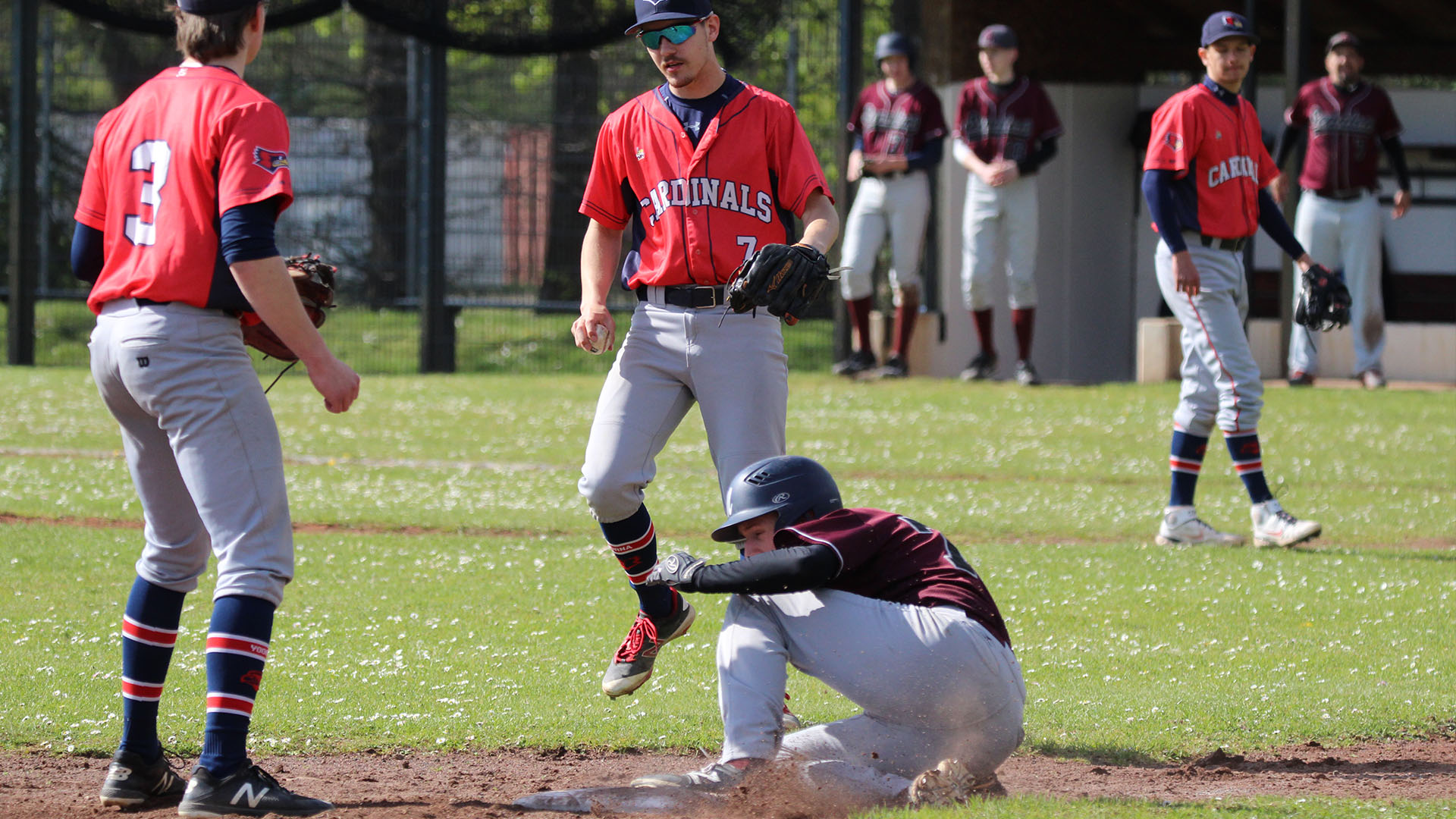 On April 10th, 2022 the baseball season started for the Düsseldorf Senators team in the 2nd Bundesliga against the Cologne Cardinals. The young team start this year with many new players from different teams.

The team started the day confidently with some young and older players making their debuts. Among them was the starting pitcher: Finn Jakoby and catcher: Luke Krempel.

The third debut was celebrated by the relieving pitcher Mato Charlier, who started with a strikeout and ended his effort with one. You could see that there were still some discrepancies within the new constellations and so they couldn’t counter the strong pitching of the visiting Cardinals. The first game ended after the seventh inning with 10:0 in favor of the guests.

In the second game, the Senators had to up their game to have any chance of winning.

It looked to be the case in the fourth inning, where the score was 2-3 for the Senators. Good and consistent batting performances by Luke Krempel and Anton De Angelis led to the narrow lead. With a total of four pitchers, the Senators tried to keep the Cologne offensive at bay, which unfortunately didn’t work. In the end, the lead could not be maintained and the visitors from Cologne hit their way to the second victory of the day. Final score: 12:3 for the Cologne Cardinals.