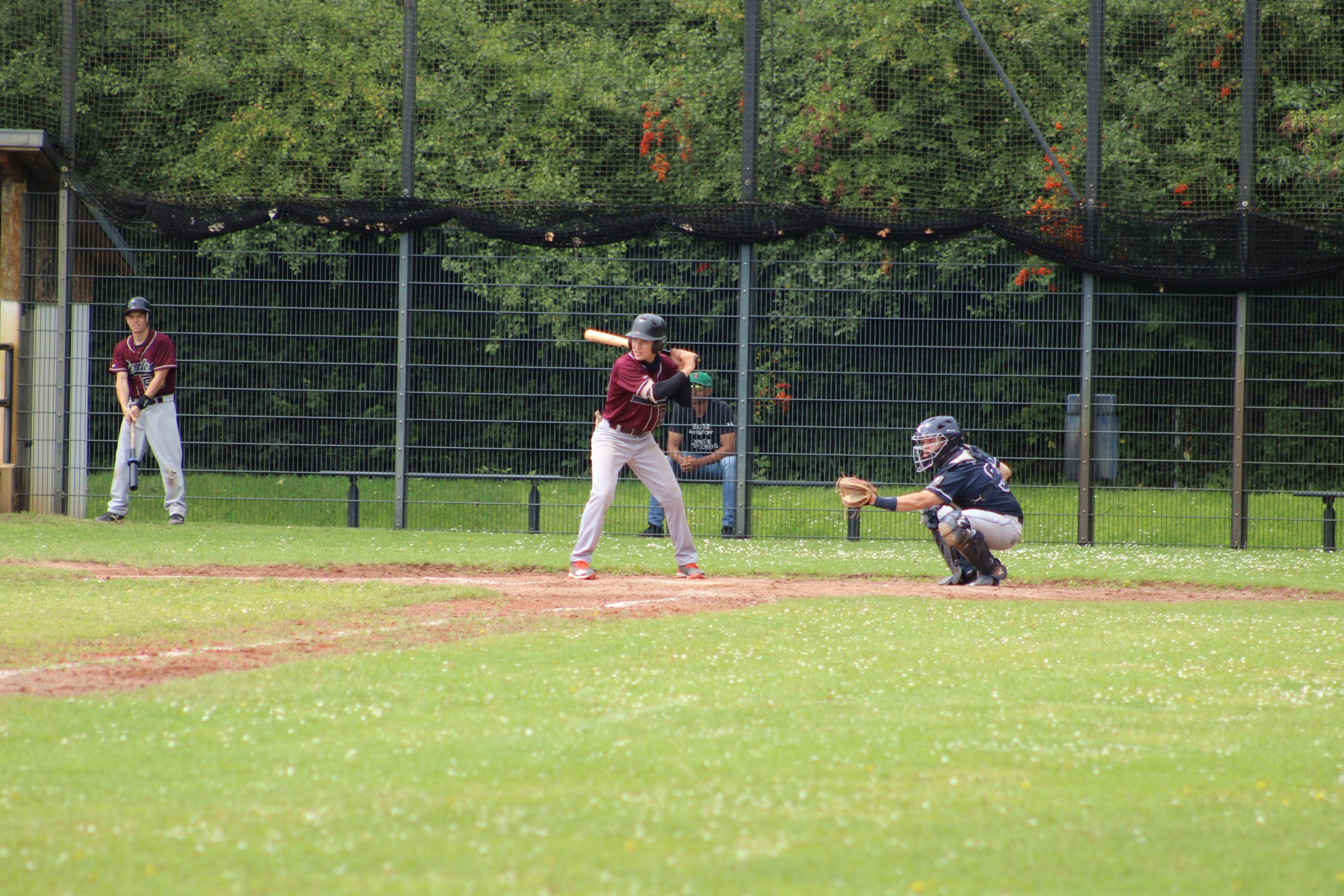 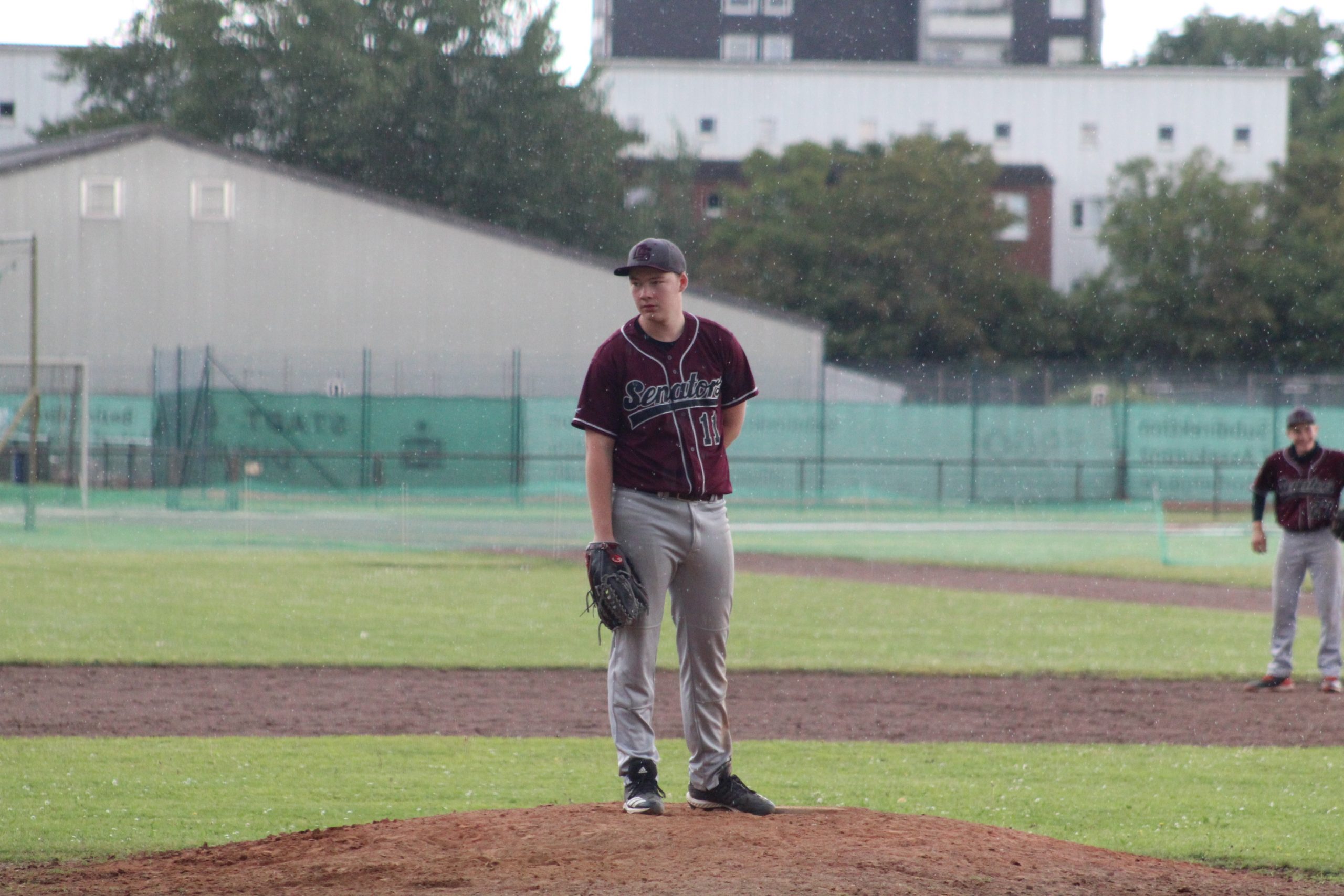 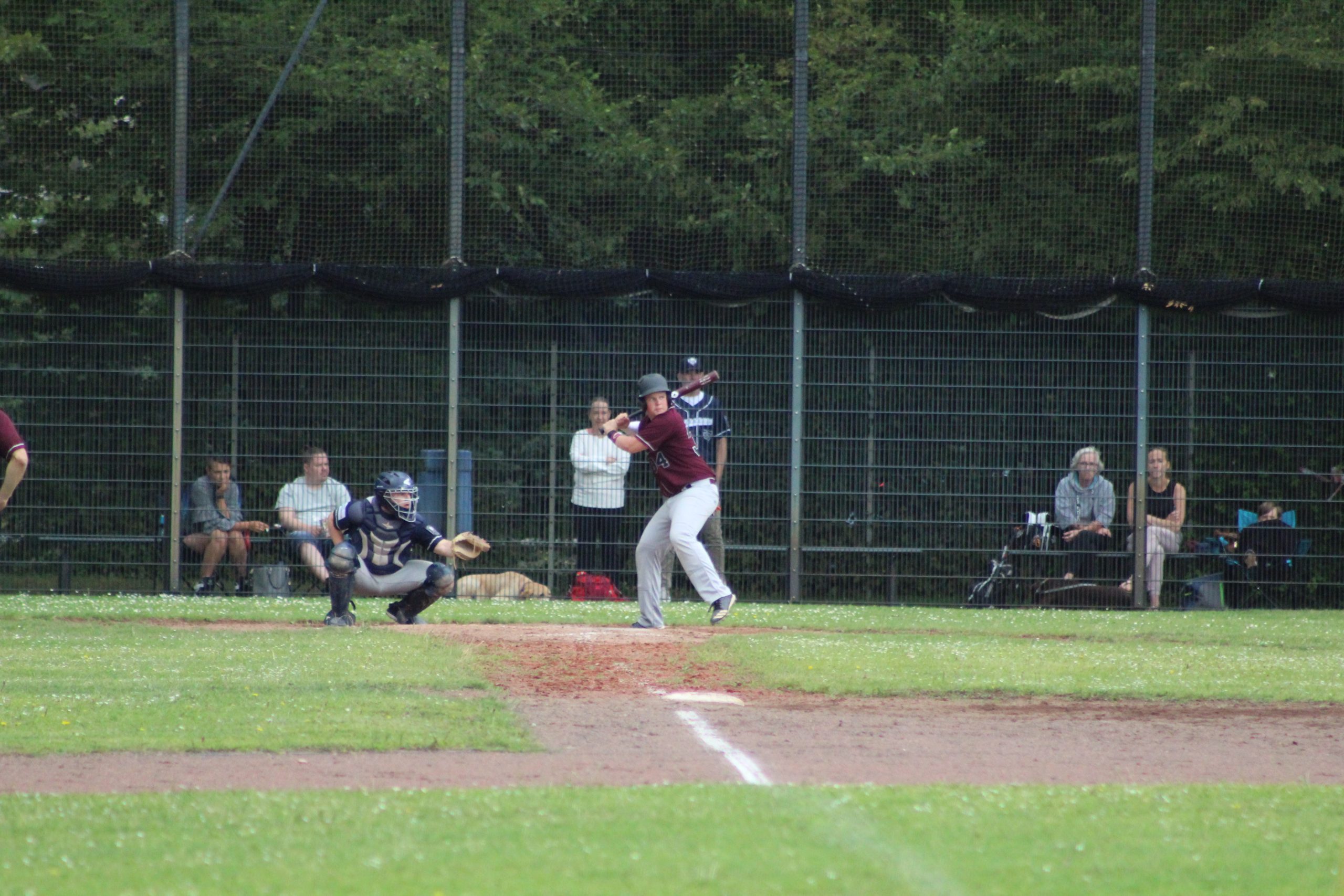 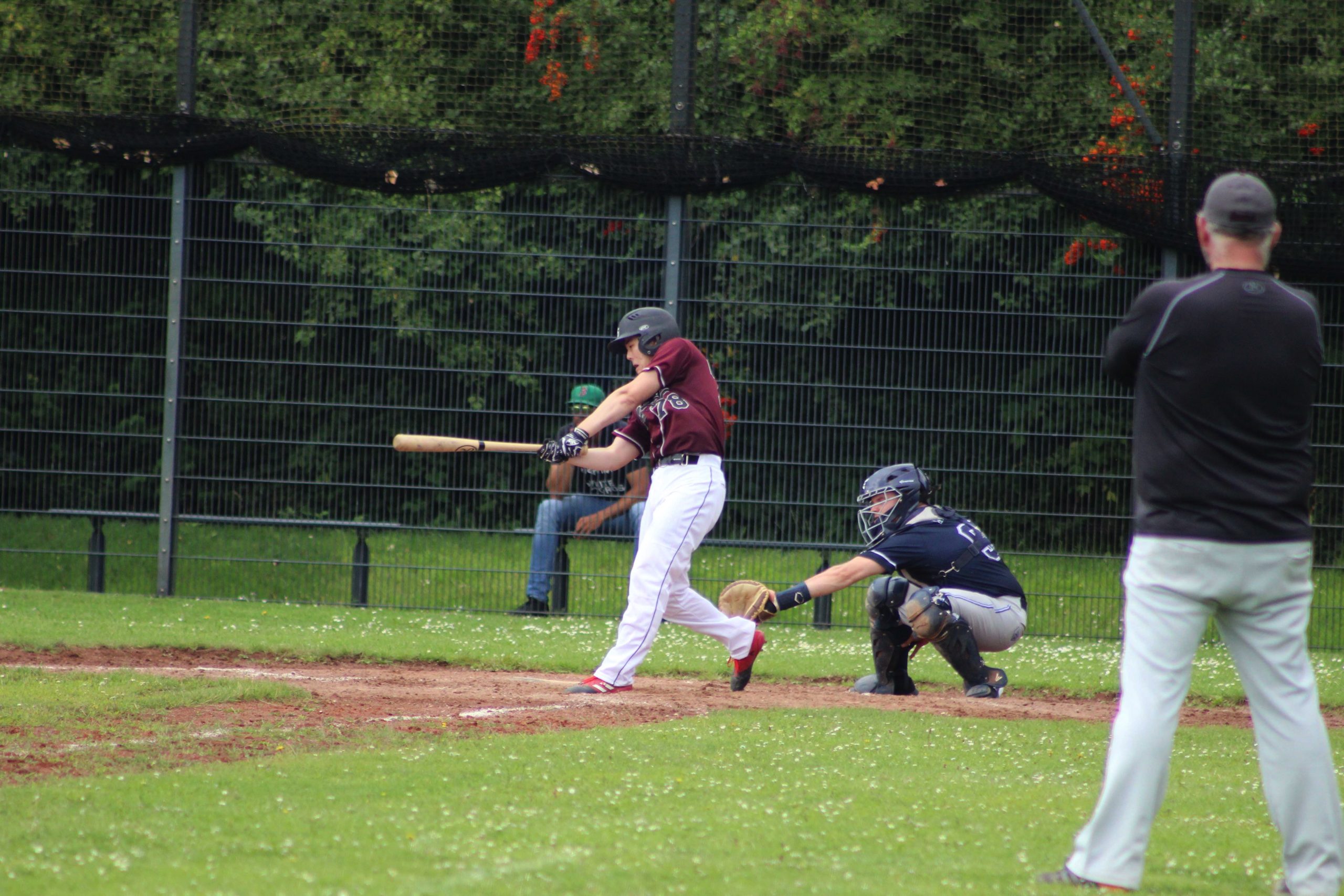 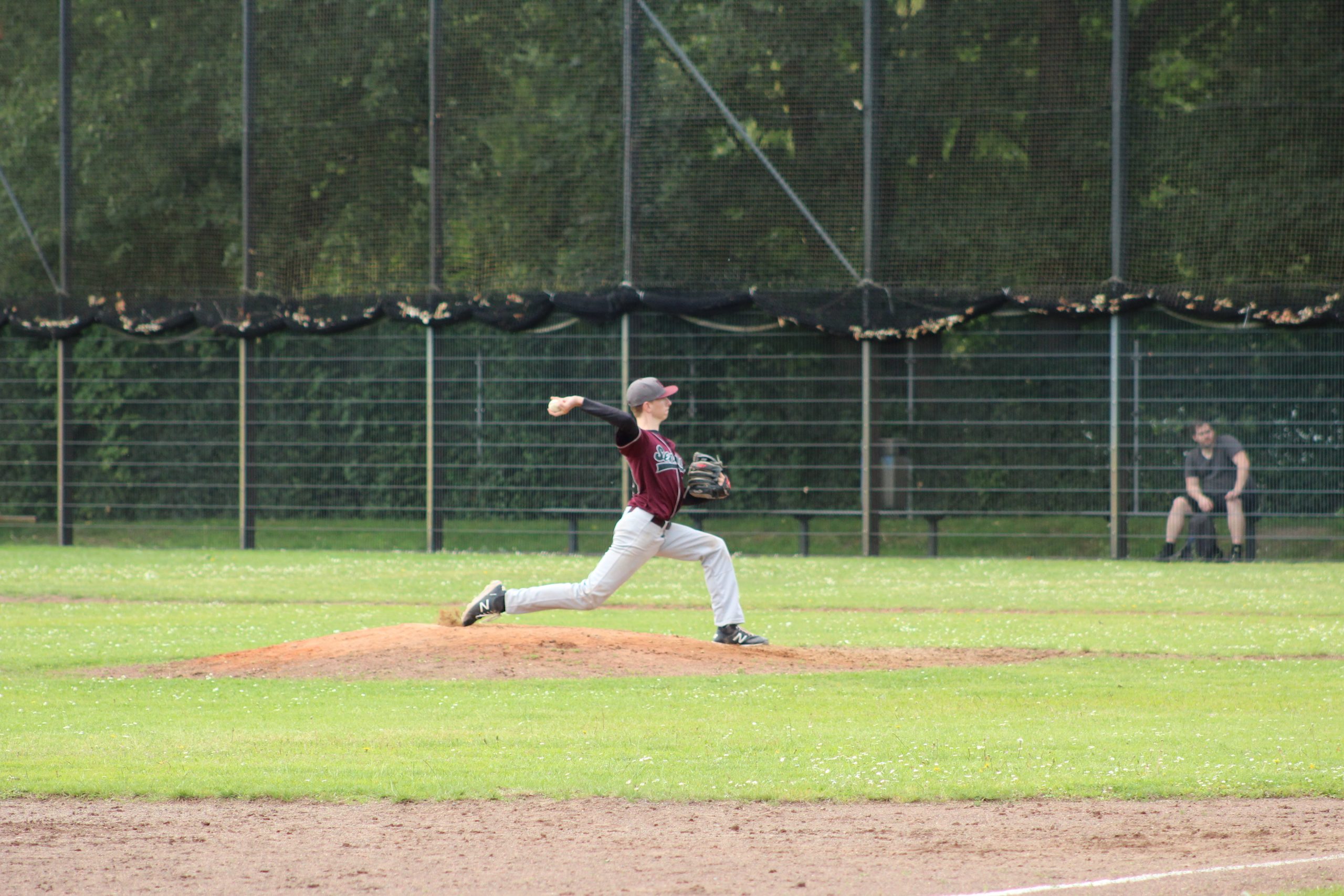 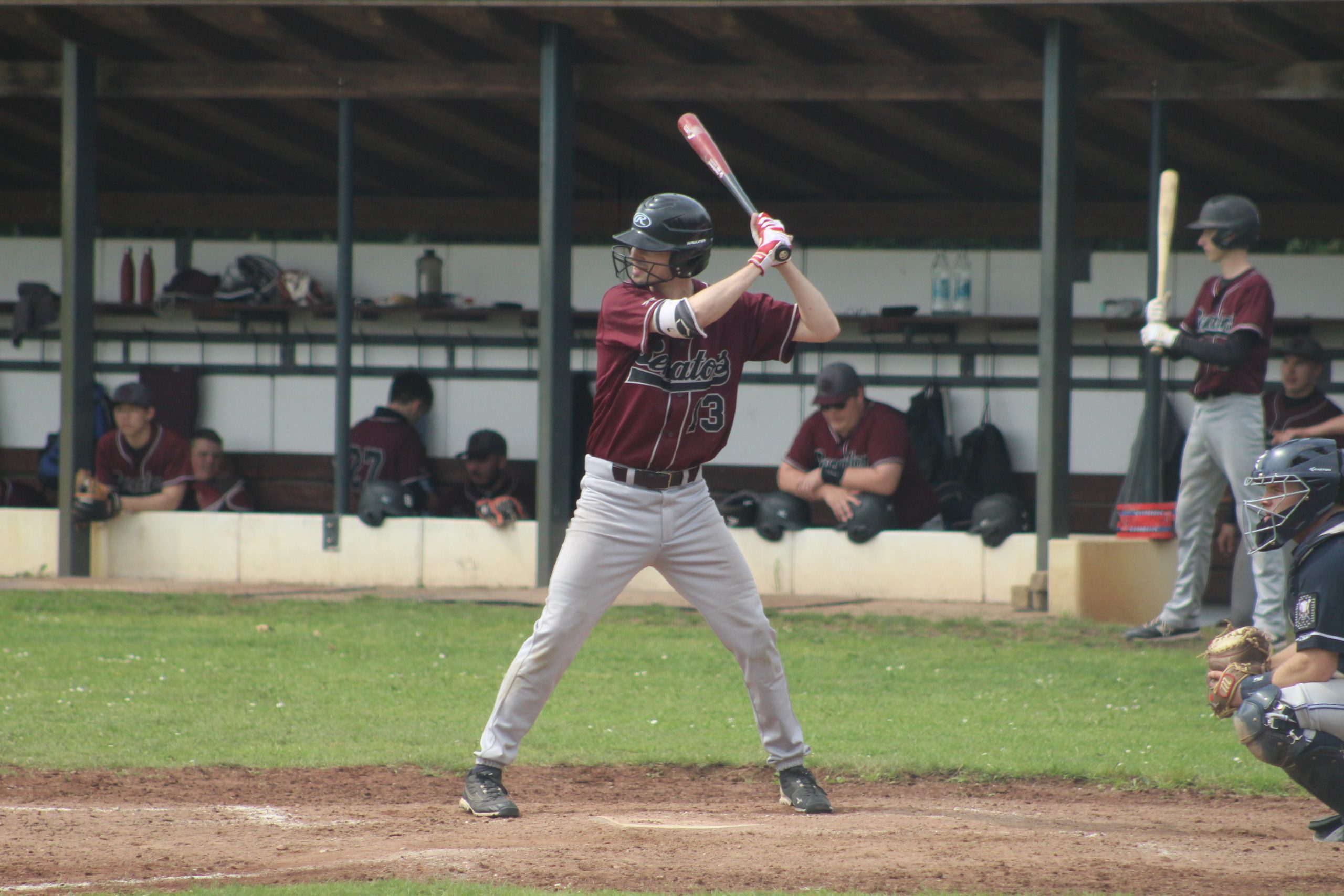 After a rather mediocre performance last weekend, the Bundesliga squad of the Senators showed ,on Sunday, July 26th, 2020 at the Düsseldorfer Südalle with an excellent performance that they are more than just able to deal with the opponents of the 2. Baseball Bundesliga to keep up.

After a good start from pitcher Anton De Angelis, who only allowed 3 hits in 4 innings, the lineup managed to take the lead with two runs in the second inning. Even when De Angelis passed the game on to reliever Leon Stölzel and later Robin Thorenz, they kept the Senators in the lead. With a total of 7 strikeouts, the Düsseldorf pitchers led the game in the right direction.

With a 5-run 5th inning, the equally strong offensive finally secured the victory. David Boll, among others, had a strong day on the record, each with 2 hits and 1 RBI.

The result was 10: 3 in the end against 2nd Bundesliga opponent Ennepetal Raccoons. In the end, the coaches were very satisfied with the overall performance of their team.