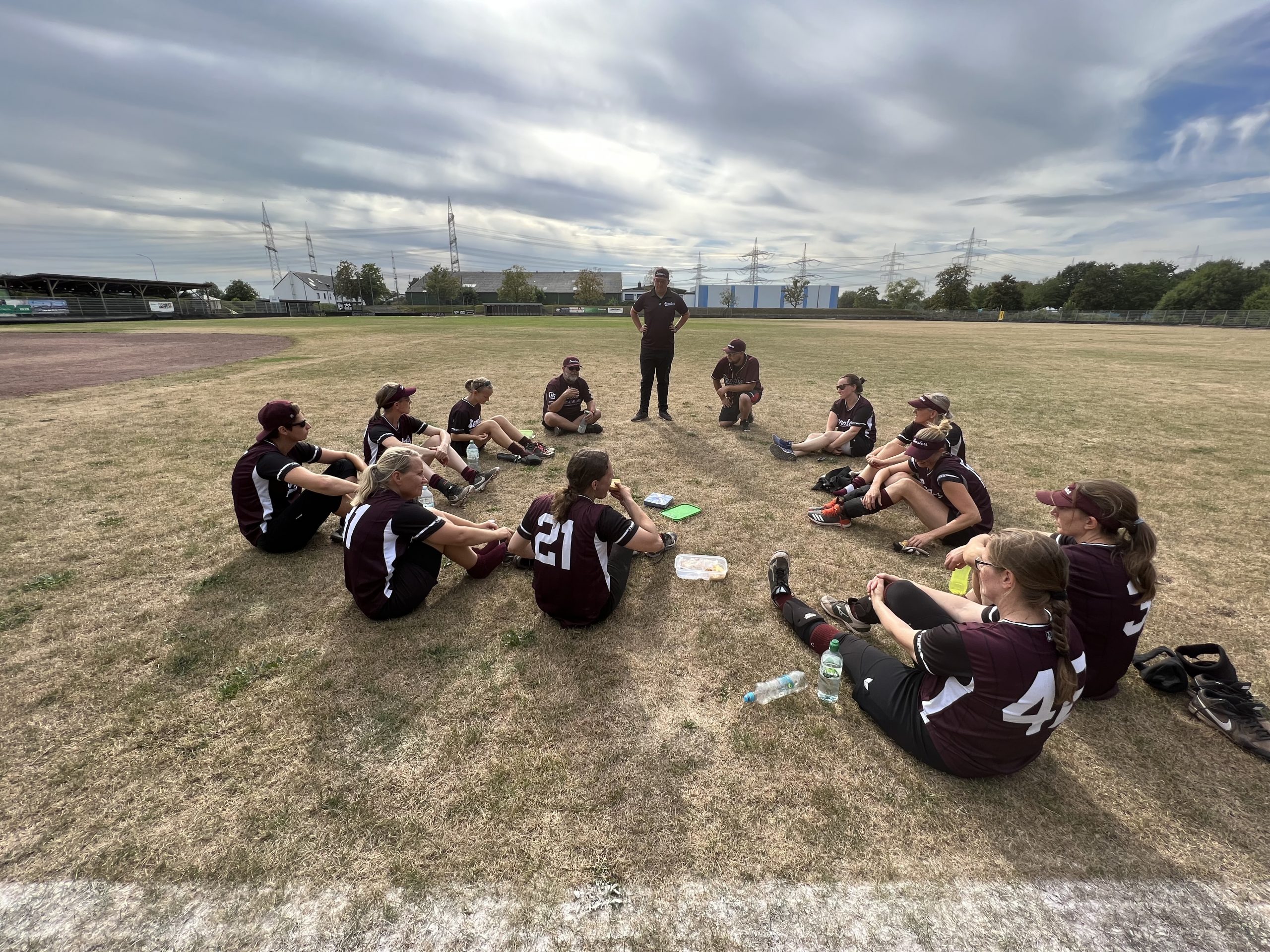 A little goes a long way

The softball ladies of the Düsseldorf Senators returned from their away game in Wesseling without any success on paper. Highly motivated, the ladies drove to face the leader of the Landesliga II and, as in previous games, were able to set accents right from the start. However, the lead only lasted until the end of the second inning, when the team from Wesseling managed to put the ball into play better. Even if they weren’t hit hard, the newly formed infield got more and more to do. Changed at three positions, especially 1B, 2B and SS showed a more than satisfactory performance.

“With a bit of luck, we could have done three or four more plays. The girls did really well.”

Even if the outfield didn’t get much to do from Düsseldorf’s point of view, the coaches were very satisfied with the relay situations played.

“The routes that we had practiced the previous week worked great. These are small but important steps in the right direction. The team works tirelessly to improve and does not let its head down even in difficult moments. What is missing is the consistency and depth of players to be able to fill all positions with equal value long term.”

Not a game this season could be played nearly with an identical line-up.

“Other teams are much better positioned, which shows us what we have to work on.”

In addition to the hard training, the focus is increasingly on the youth recruiting of the Senators Ladies.

“In the long run we will only be able to survive if we succeed in inspiring new players for our sport.”
A goal that everyone is working towards with a lot of passion.

Even if the results for the coaches are primarily irrelevant and often do not reflect the true course of the game, it should not be concealed that Wesseling left the field as a deserved winner (17:4).

In two weeks the opponent will be Wesseling again and we can already be curious as to which team the ladies of the Düsseldorf Senators will arrive with.