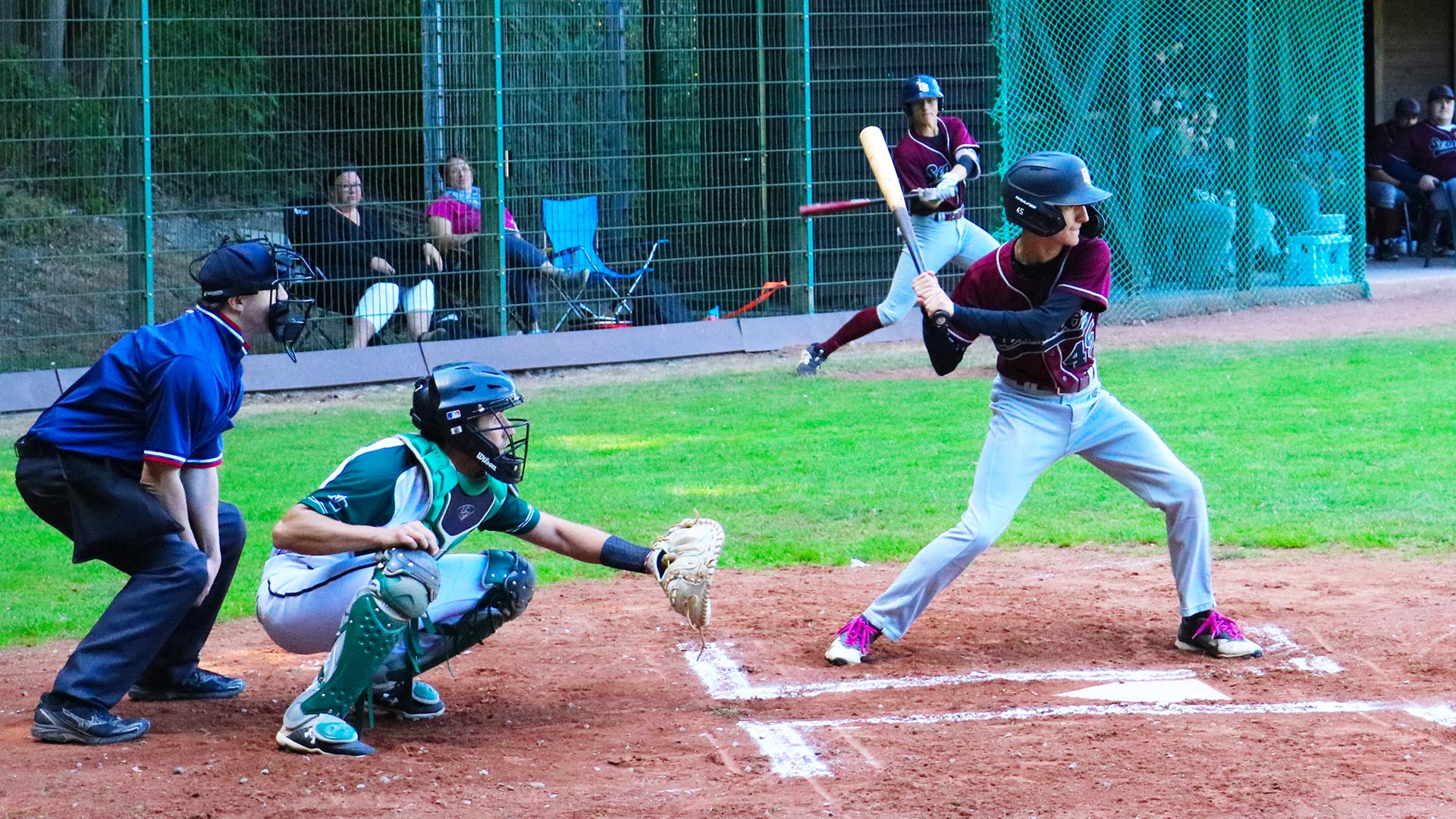 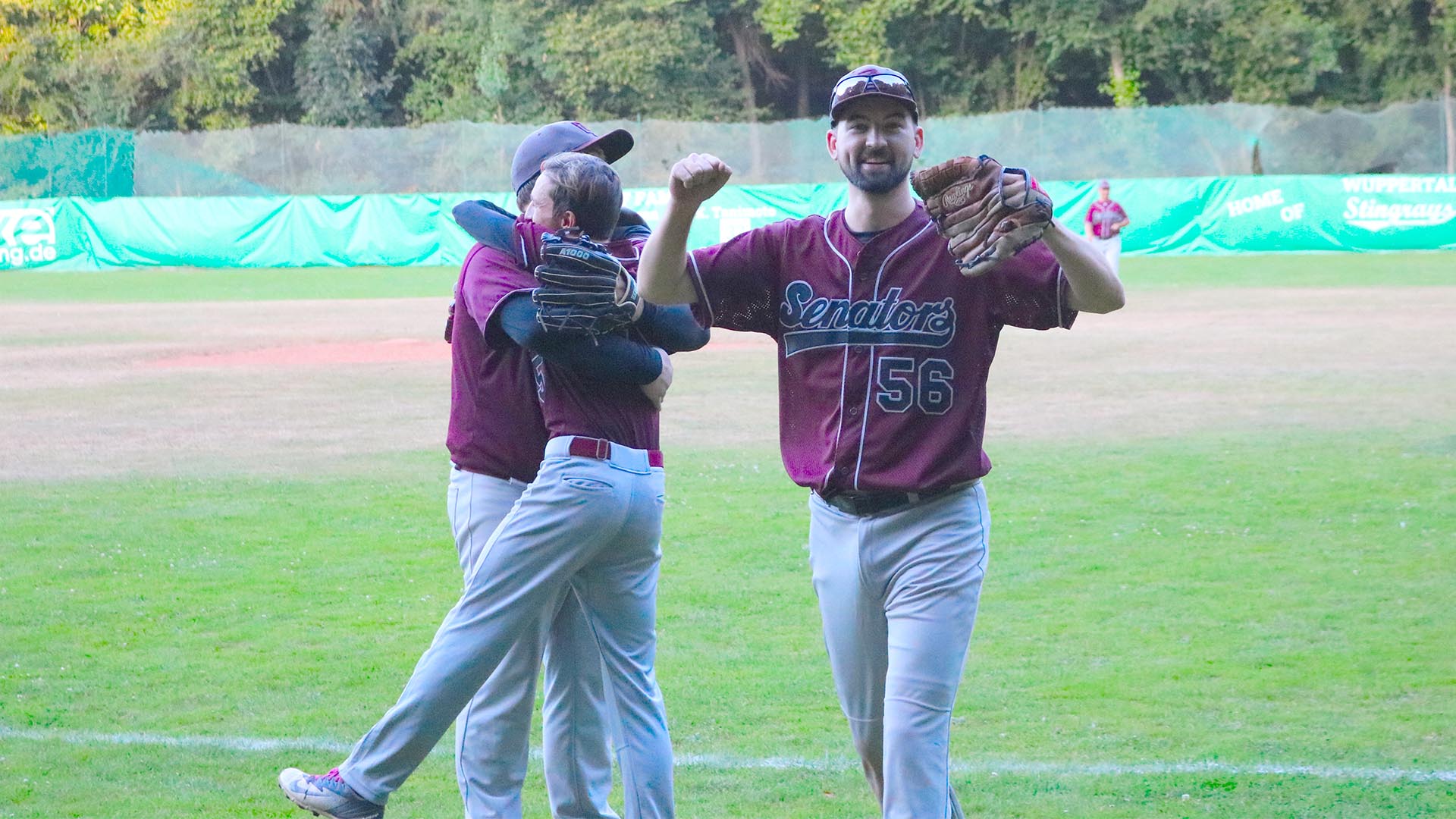 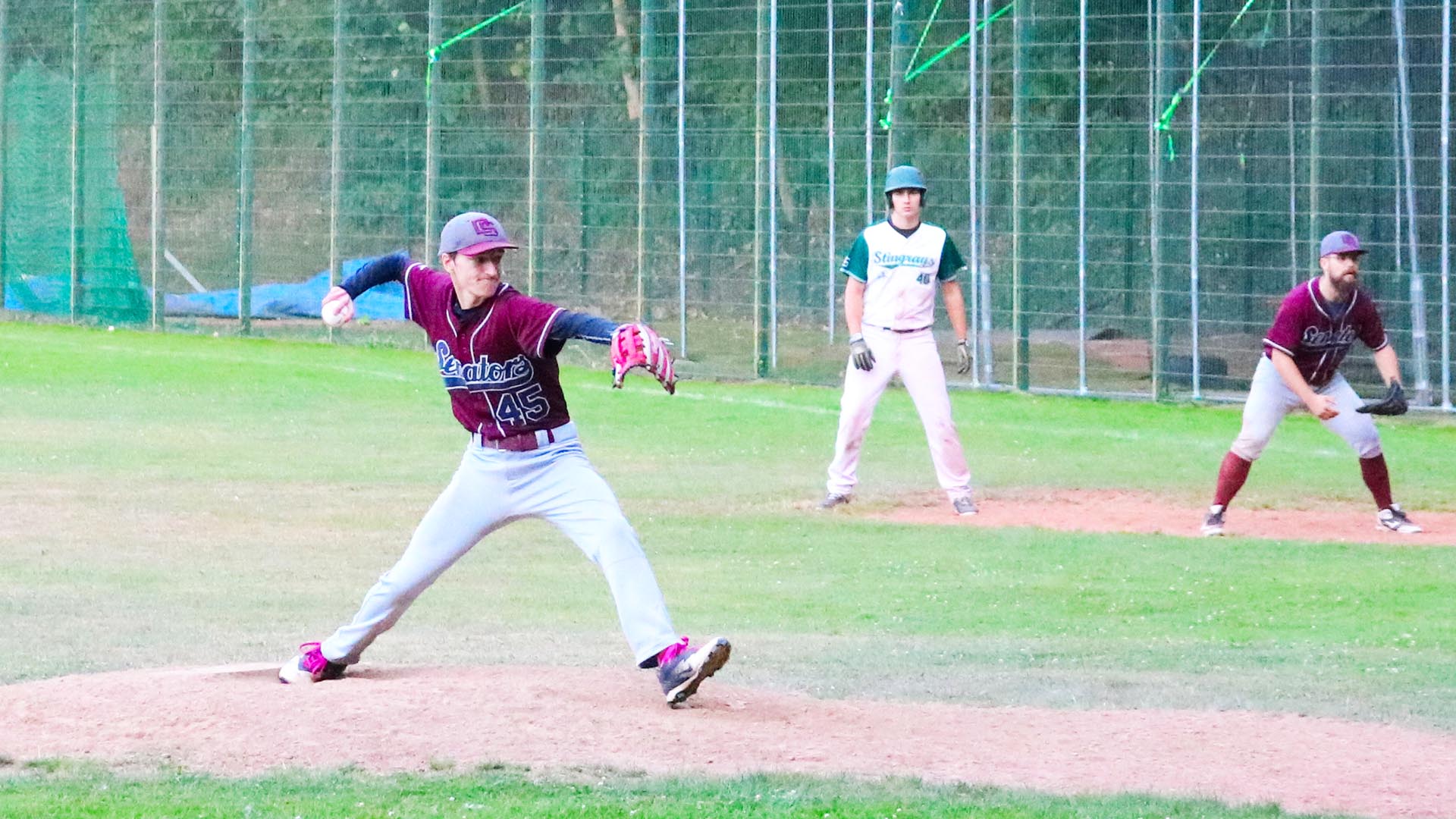 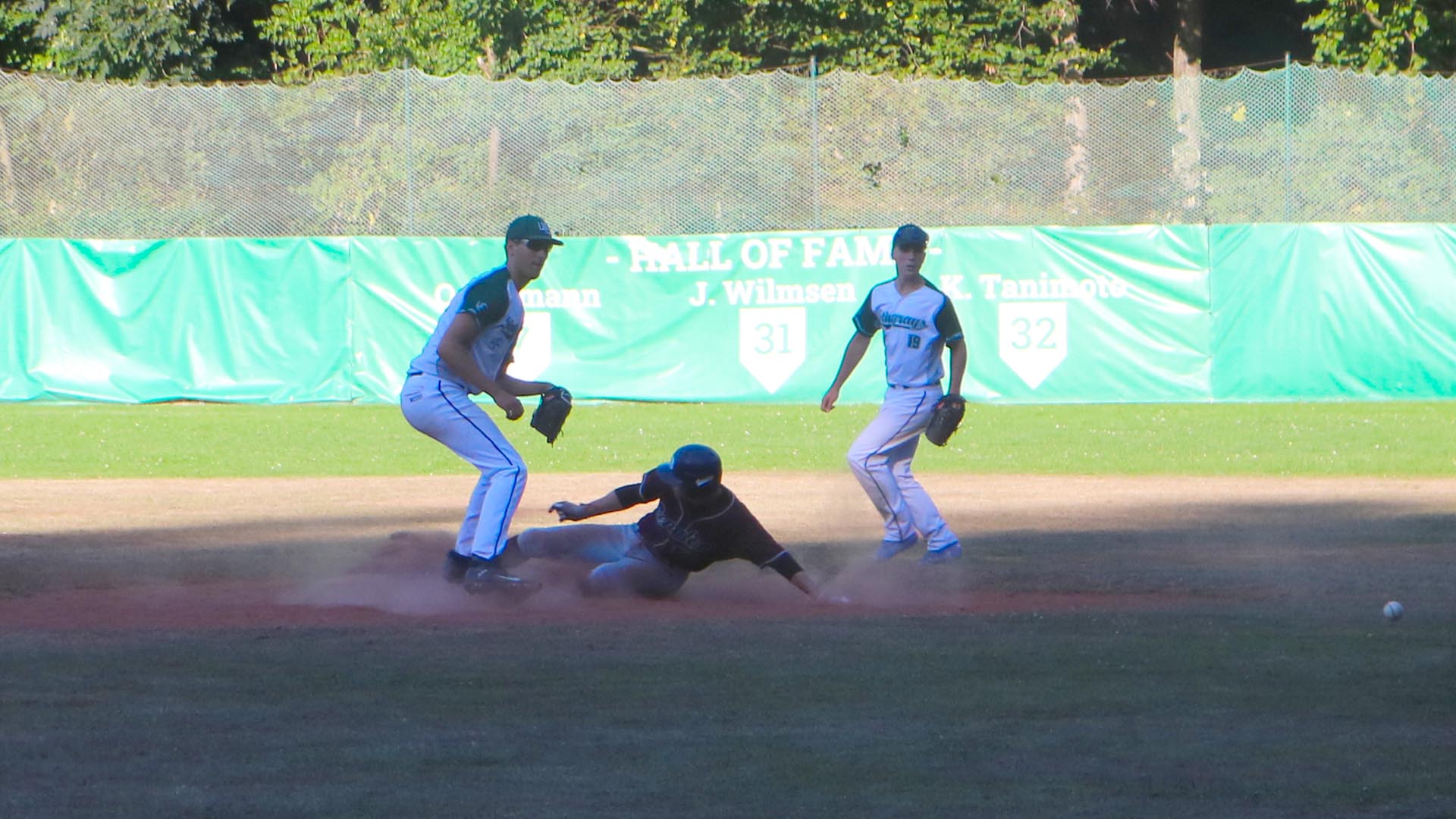 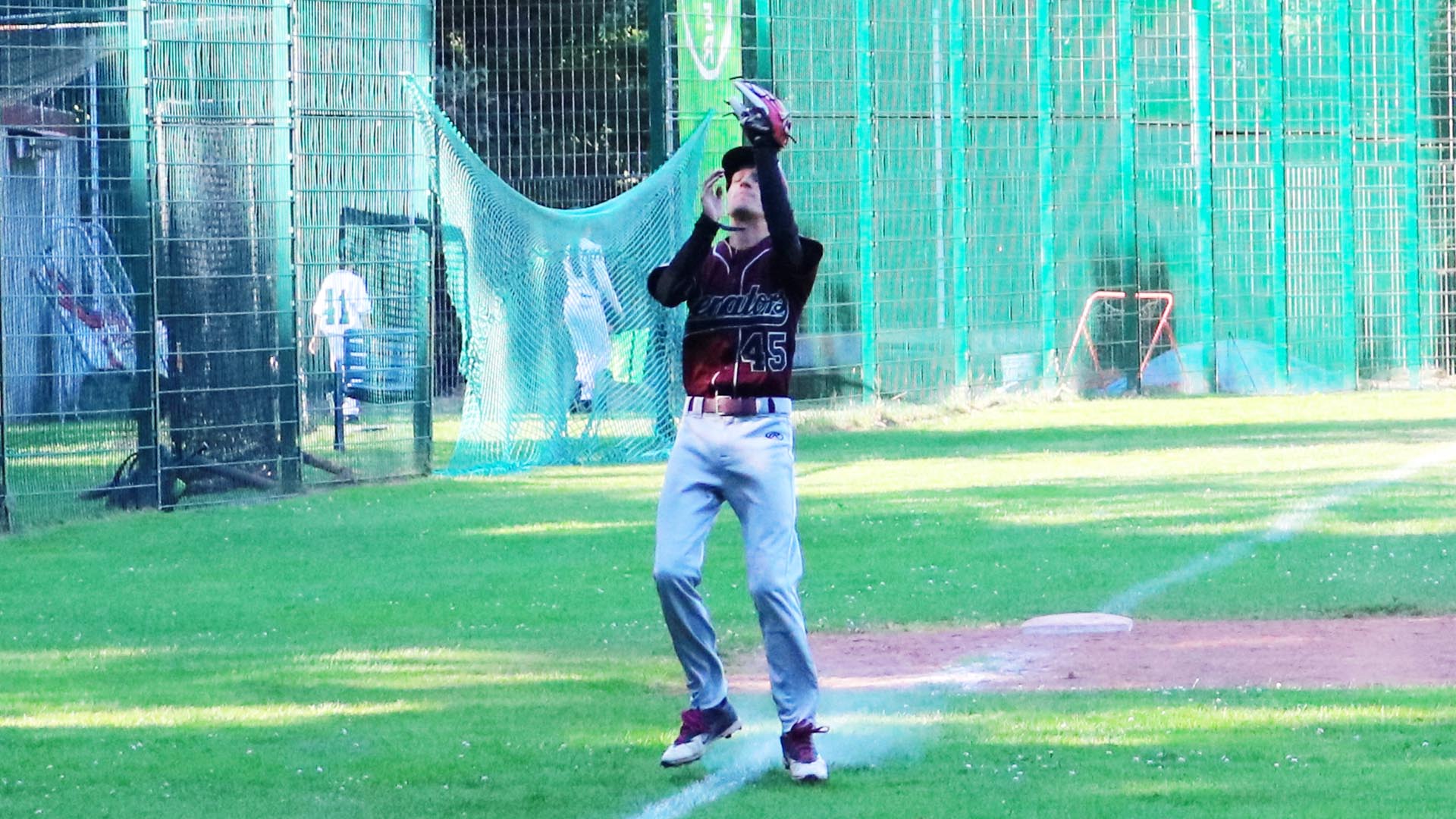 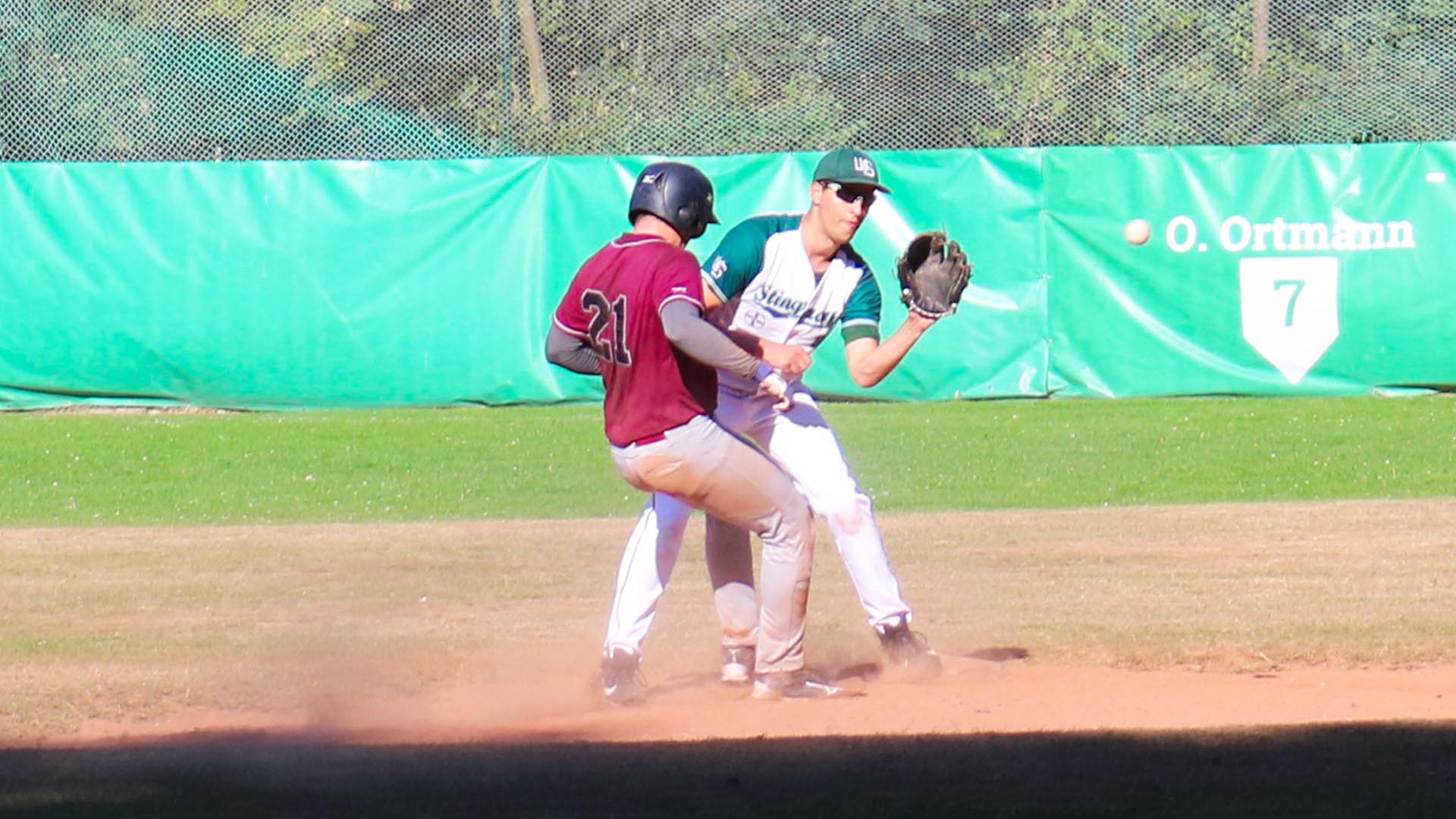 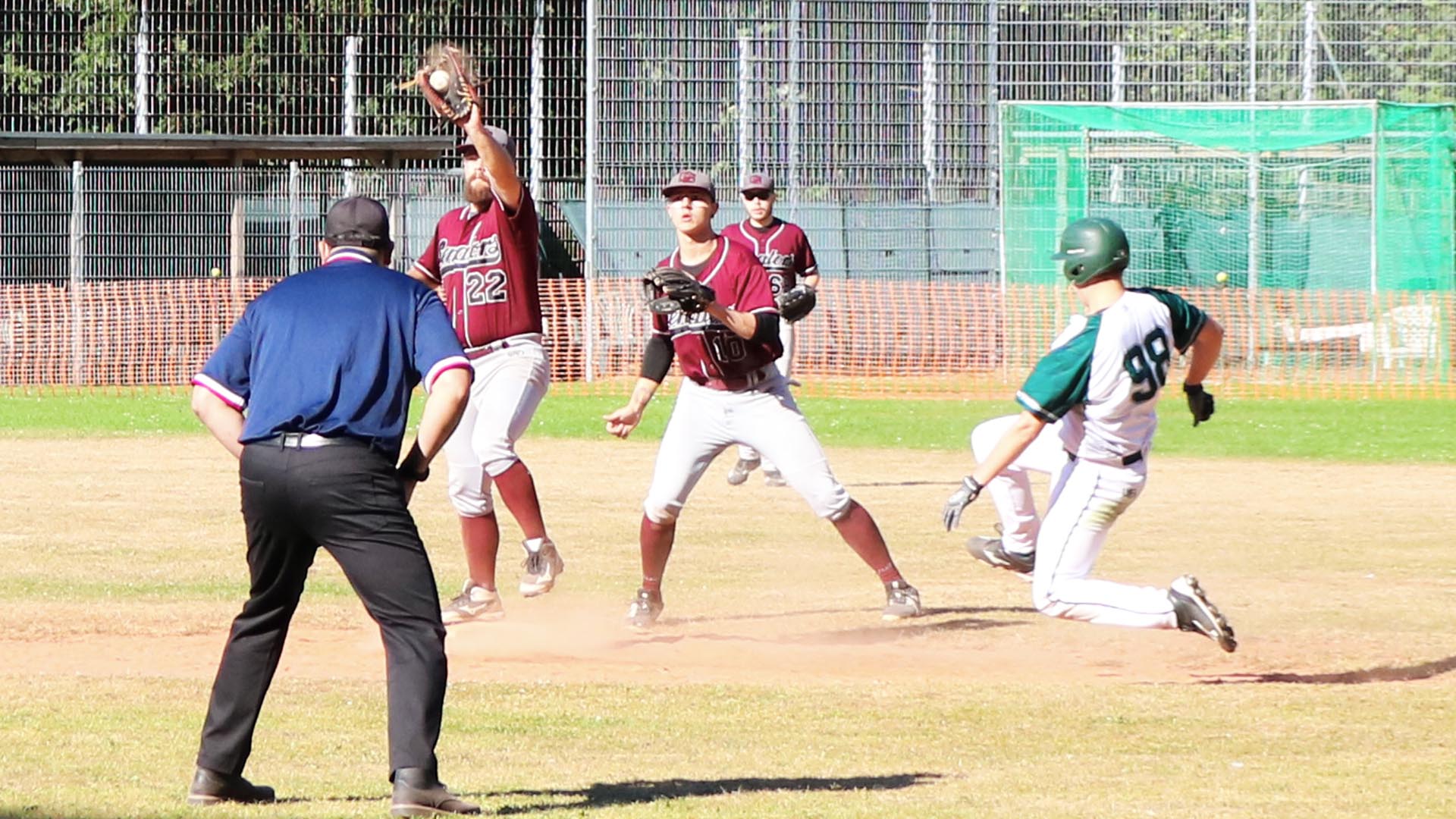 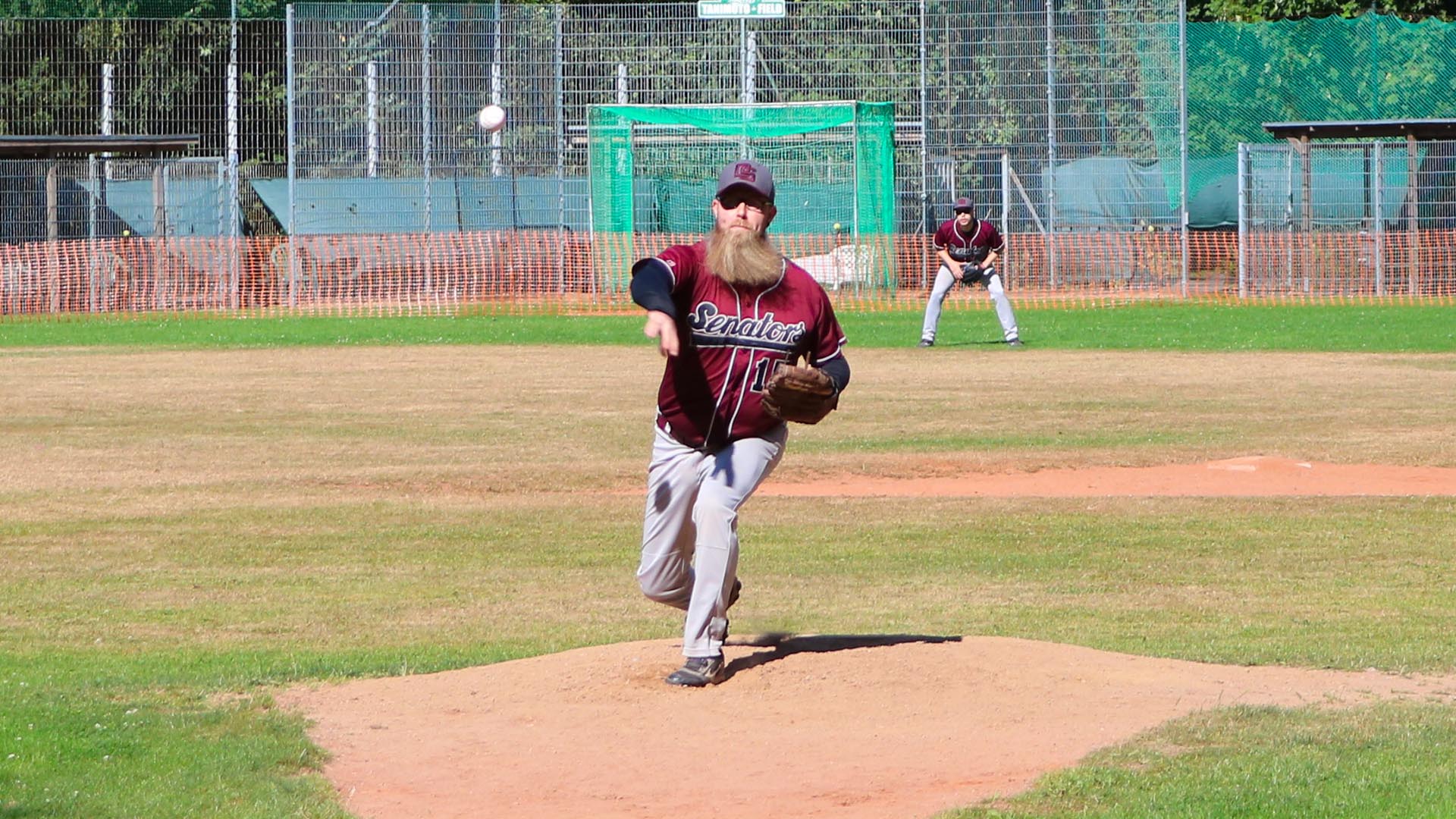 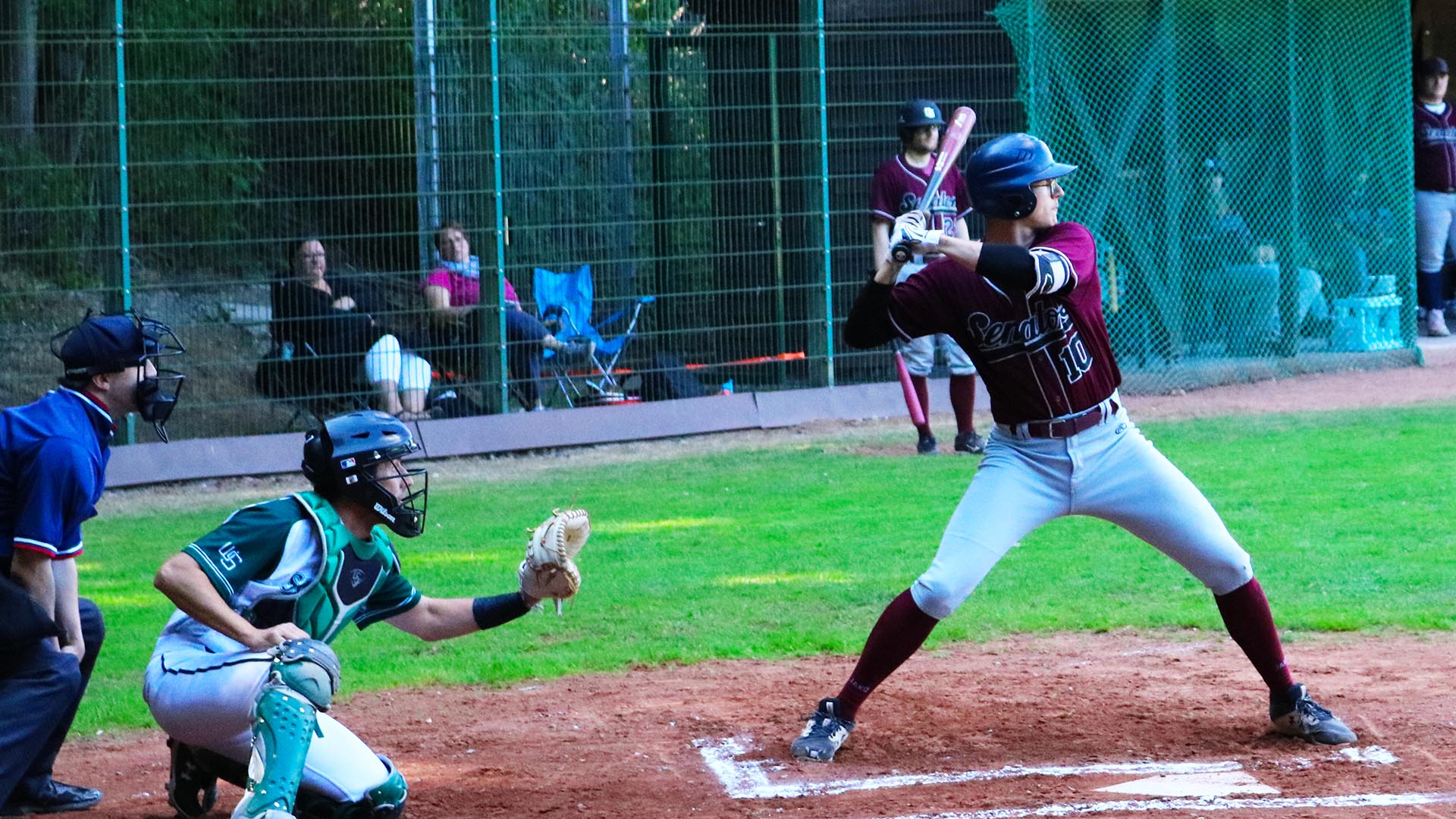 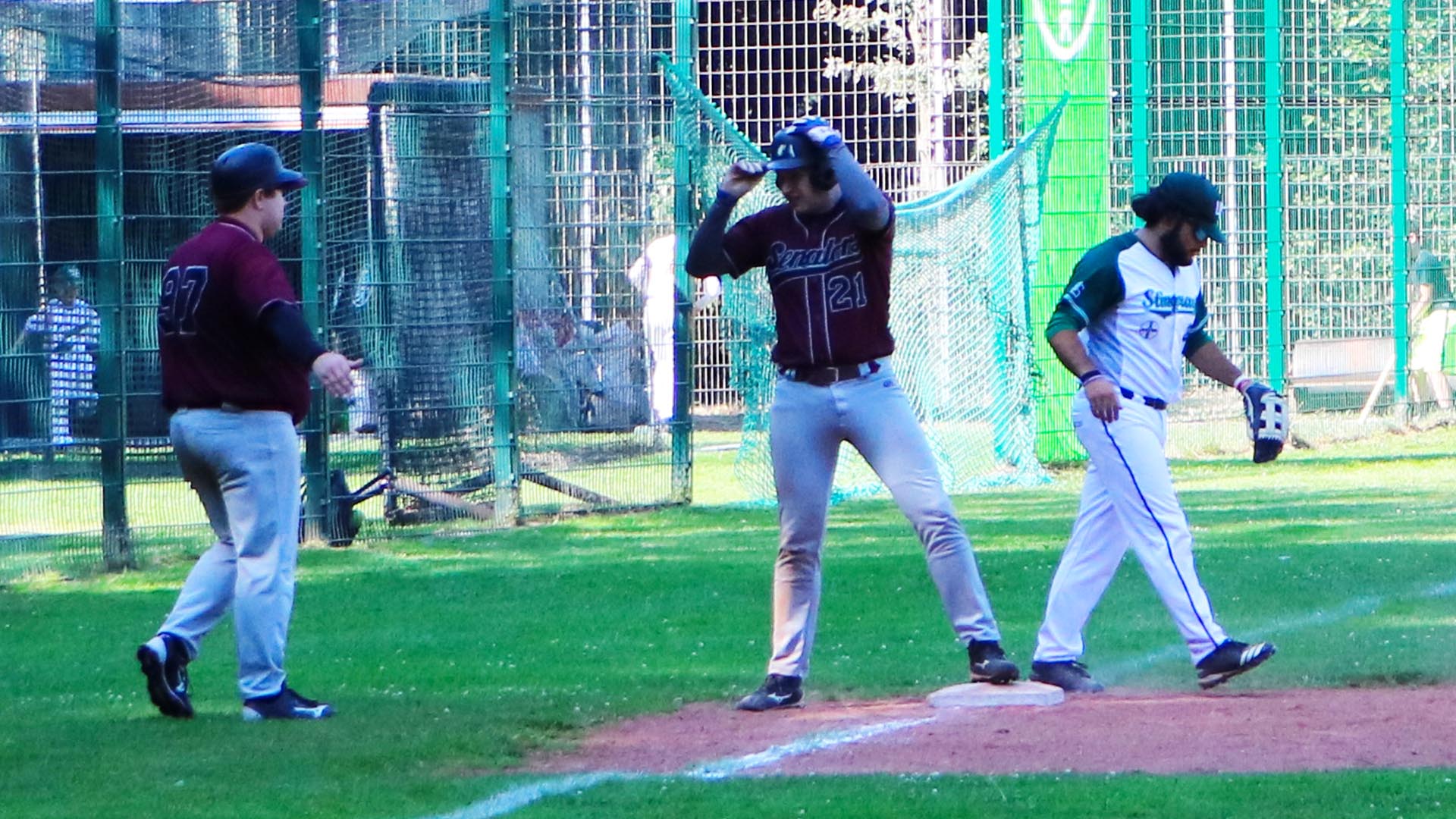 Yet another nail baiter

The Düsseldorf Senators played an exciting game against the Stingrays in Wuppertal last Sunday.

The first Inning already set the tone for the game that was about to take place. Both teams scored runs right out of the gate and kept the pressure on one another in the Innings to come. Going into the 4th the senators were able to take sizable 5 run lead with 2:7. Not being able to keep up the concentration however, the defense gave in allowing the hosts to catch up and even take the lead.

When the defense was able to recover however, including a nice unassisted double play by 3B Jan Effenberger as well as a difficult foul pop out by Catcher Felix Bonn, the offense got back on track as well eventually turning the game around leaving Wuppertal as the hard fought winner by score of 14:16.