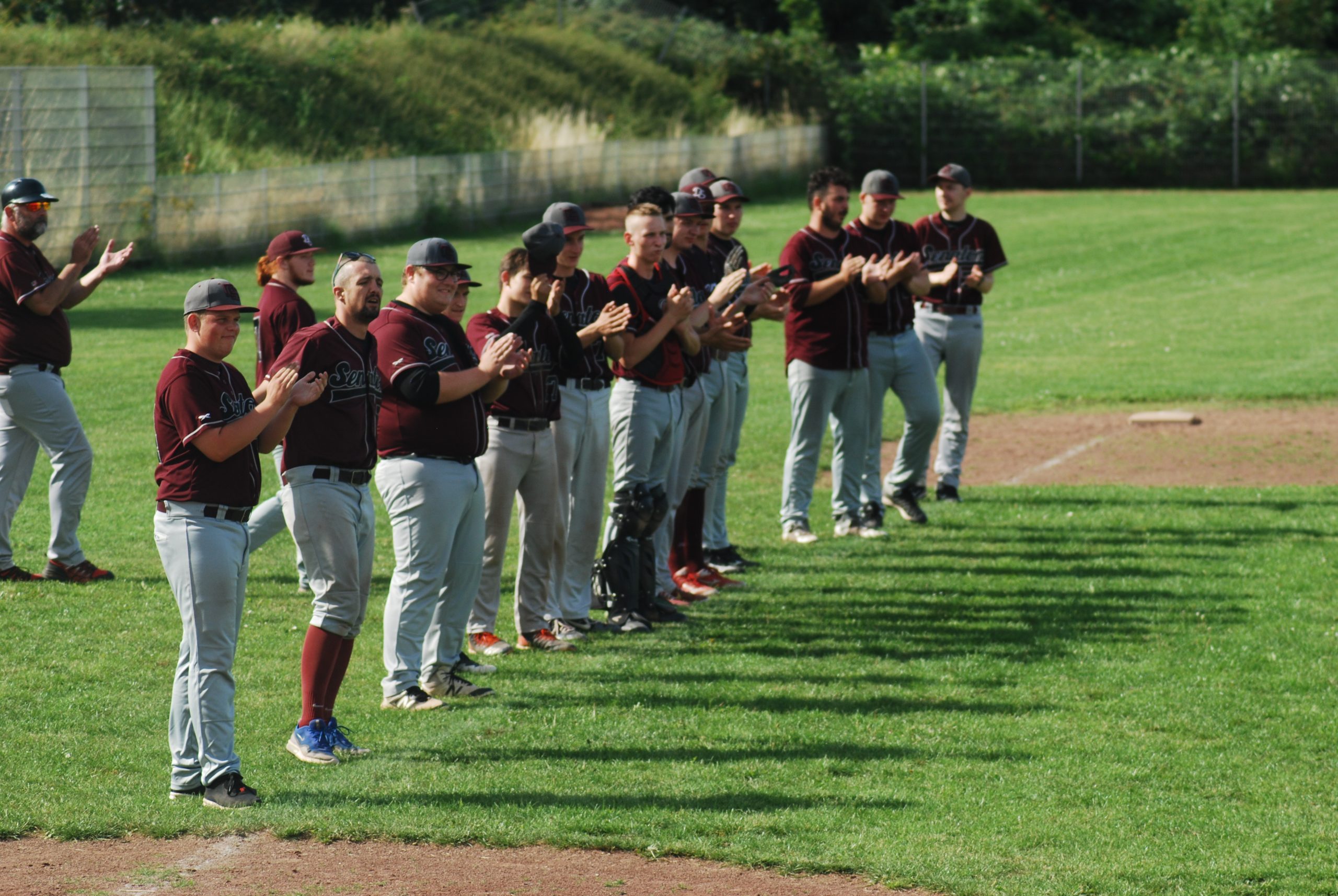 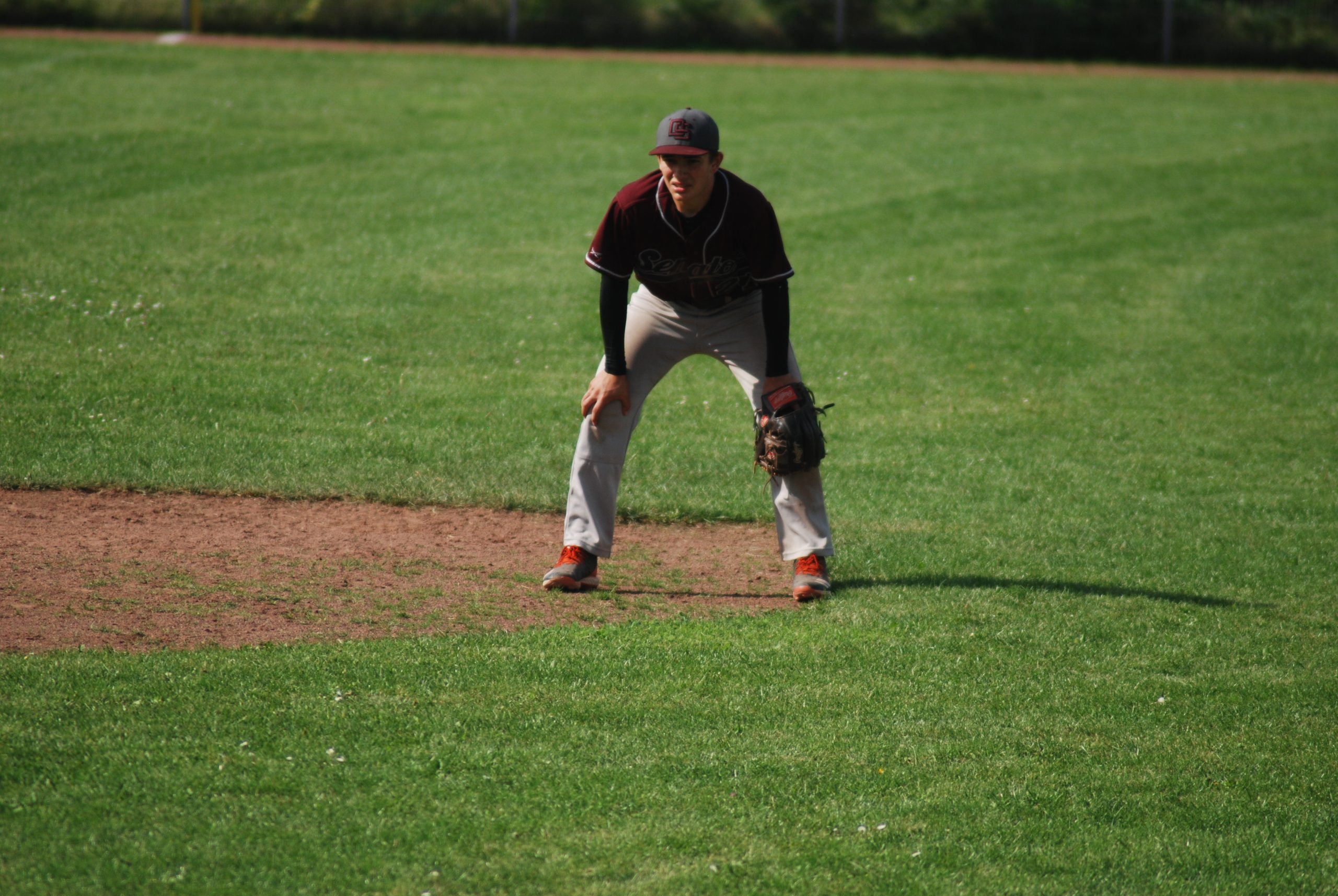 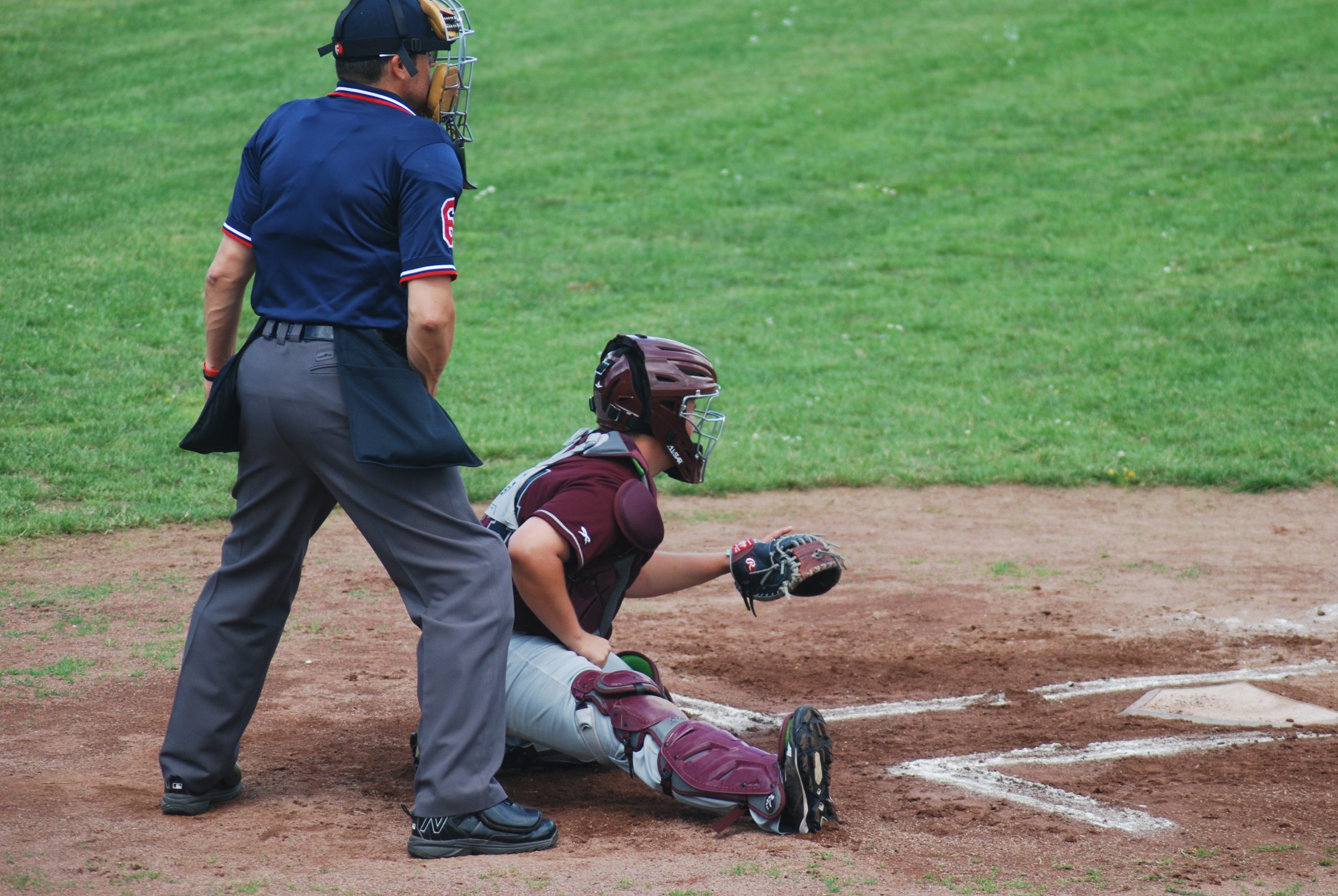 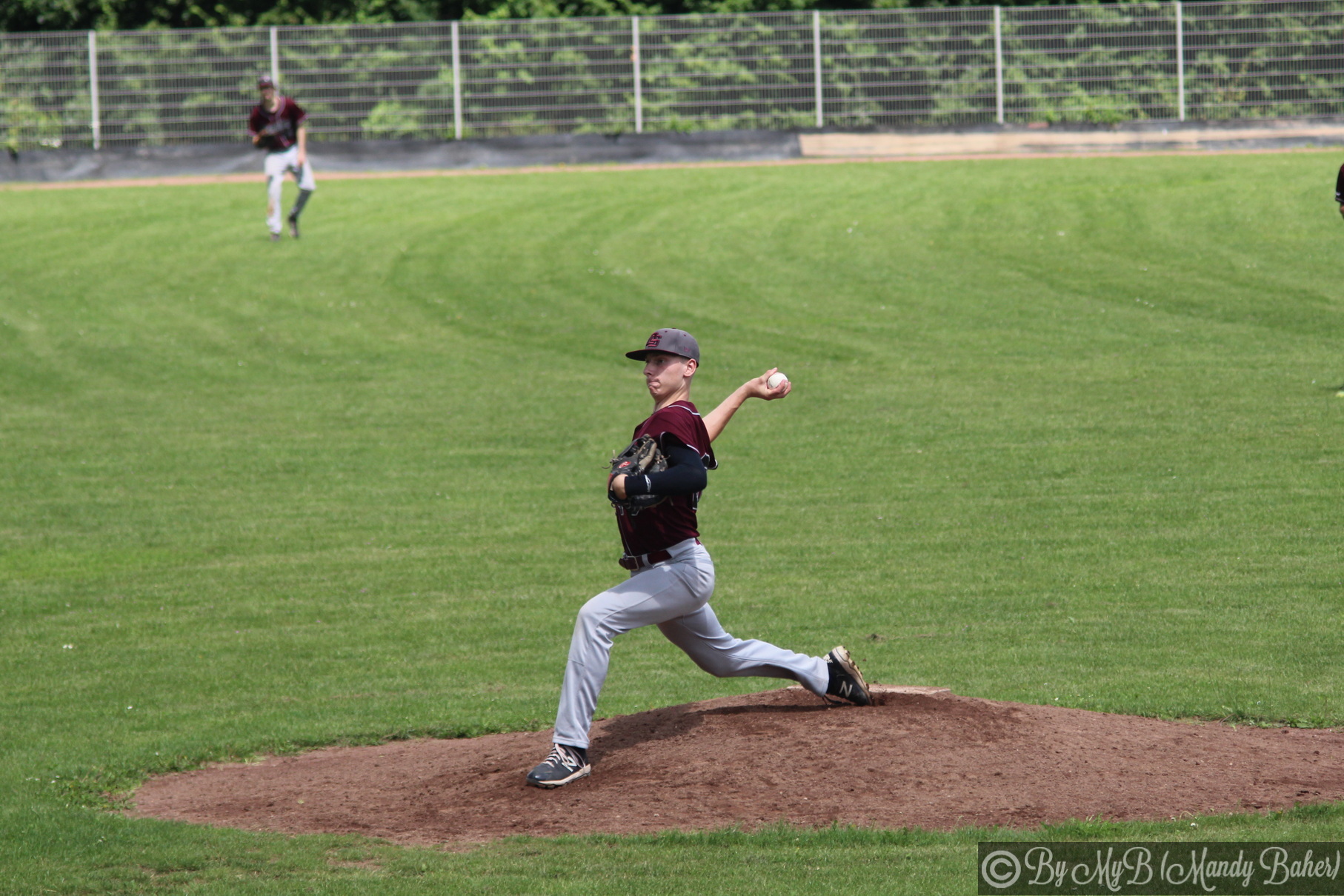 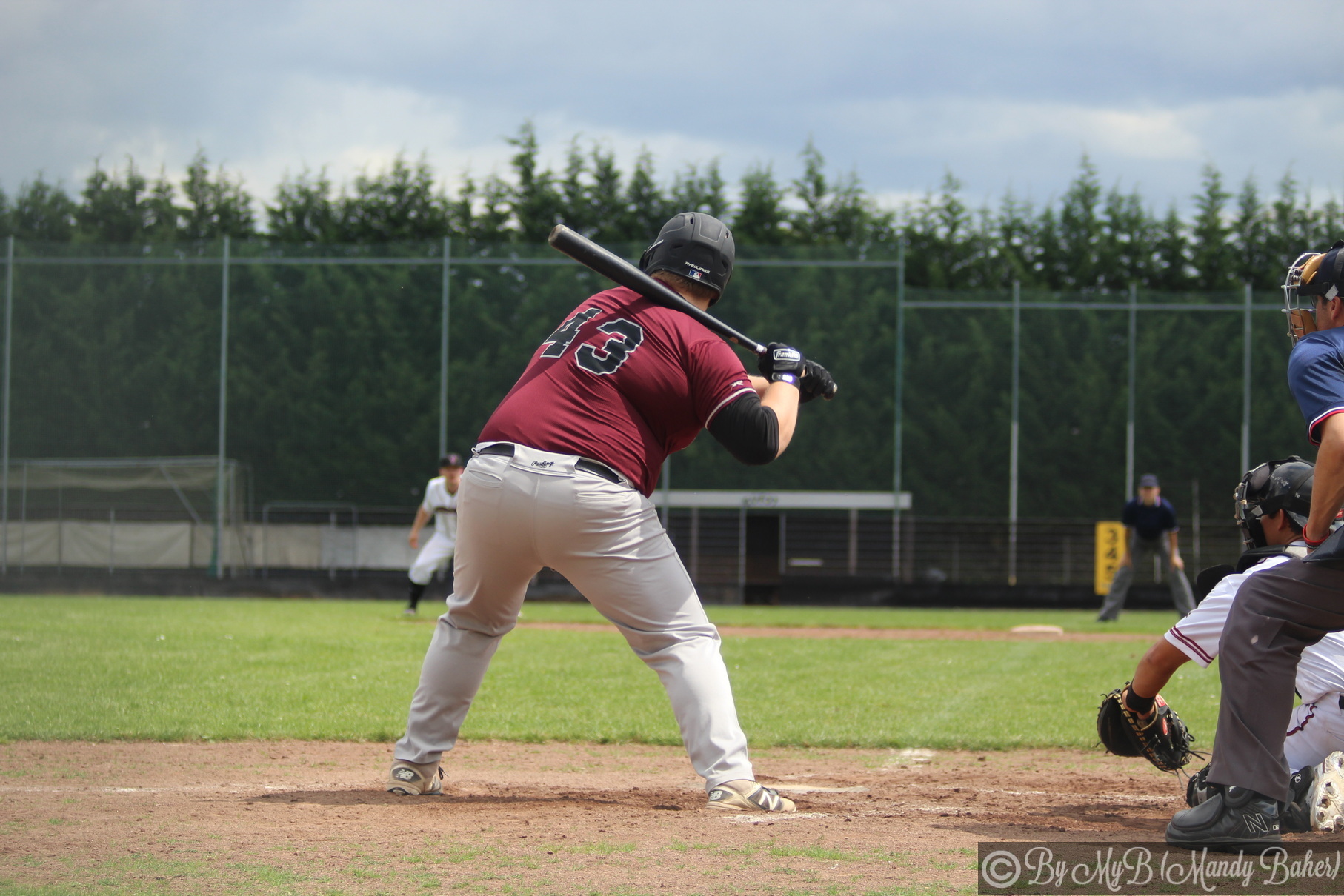 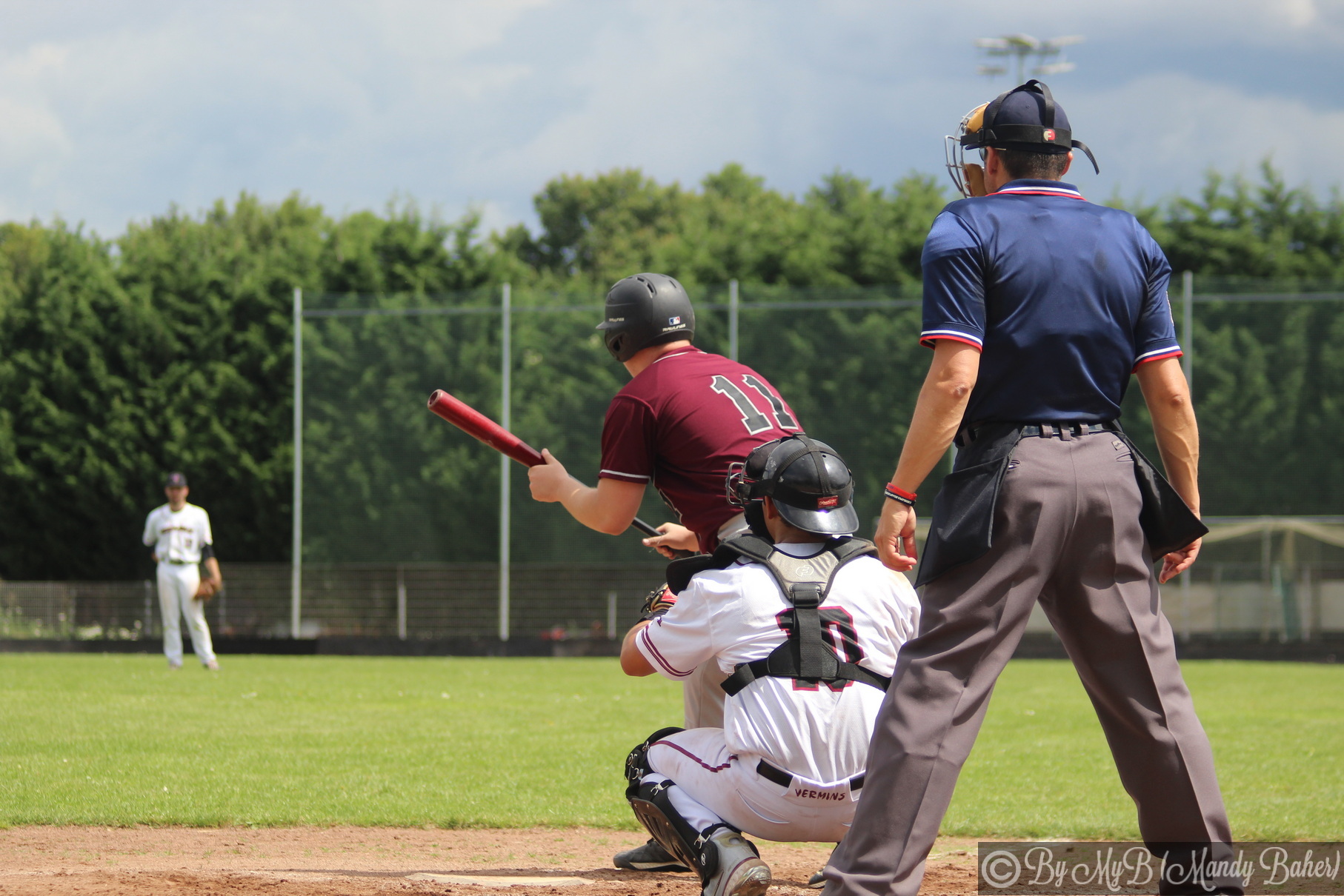 In two close and very exciting games, the Senators lost to the hosts. With 6: 8 and 4: 5, the team had to hand over the games to an experienced and strong opponent.

In the first game, the game was up for grabs until the fifth inning. After both teams scored a run in the first, the strong pitchers on both sides were able to keep the offensives in check. Leon Stölzel is developing more and more into a reliable force on the mound for the Senators. The Vermins were only able to score any runs against Leon in the 5th inning with some very well placed Bunts. A couple of unfortunate decisions in the Düsseldorf defense, which led to 6 points, and an interruption due to a loose home plate ended Leon’s Day on the bump, who was replaced by Marius Wilczek. In the 6th inning, the Vermins managed to score a run against the well-disposed Marius before the Senators offensive started a furious comeback in the last inning. With two outs, the Senators came within two runs of the Vermins, but still had to admit defeat in the end.

In addition to the remarkable performance of our starting pitcher Leon Stölzel, Can Frieters and Javier Liere-Paz each achieved two basehits on the offensive. Javier scored the first point for the Senators with his triple in the first inning.

In the second game the tension was even greater and the result of 4: 5 even closer. As usual, Anton DeAngelis was strong and dominant as a pitcher. The Senators took the lead for the first time in the 4th inning with 2 runs. The Vermins offensive found no remedy against Anton’s varied throwing repertoire up to this point. In the lower half of the 4th inning, the Vermins scored their first run. The lead changed back and forth several times in the last 3 innings and increased the tension to a maximum. Unfortunately, the Senators were not rewarded and in the end had to come to terms with the narrow defeat.

On the offensive, Anton DeAngelis (3 hits), Can Frieters and Javier Liere-Paz (2 hits each) were conspicuous. 3 other players could each achieve a base hit, including Linus Dunskus with an important 2 RBI base hit.

Finally, the very good performances of our catchers are worthy of praise. Patrick Mohr, Max Fenk and Leon Stölzel did an excellent job in cooperation with the pitchers and were always a support for the team.

Despite the two defeats, the Senators have proven again that they can keep up and belong in the 2nd Bundesliga.

Thanks for the good atmosphere on a sunny Sunday goes to the Wesseling Vermins but also to the umpires, scorers and spectators.

The next Sunday, August 1st, the Senators will play against the Untouchables in Paderborn.