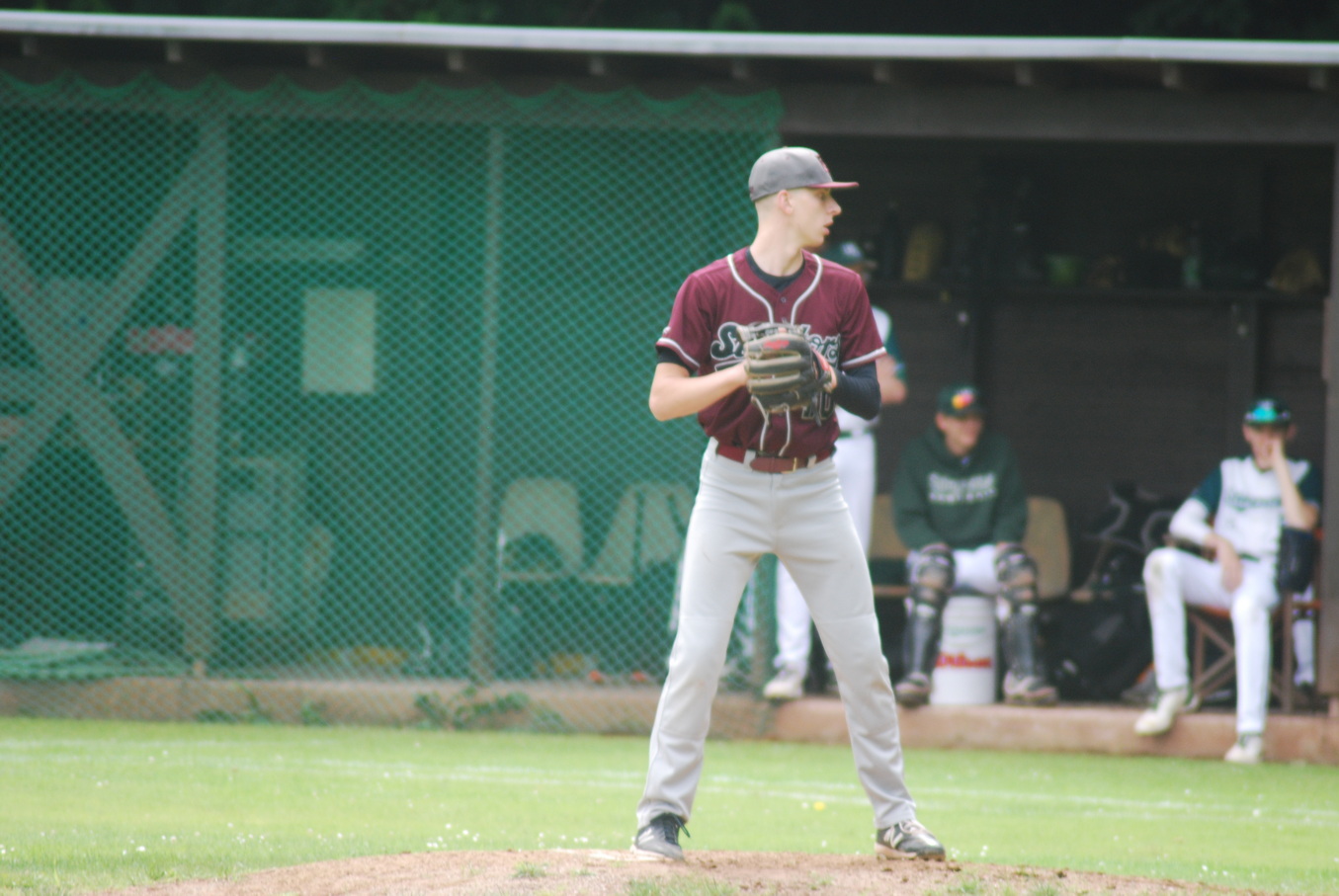 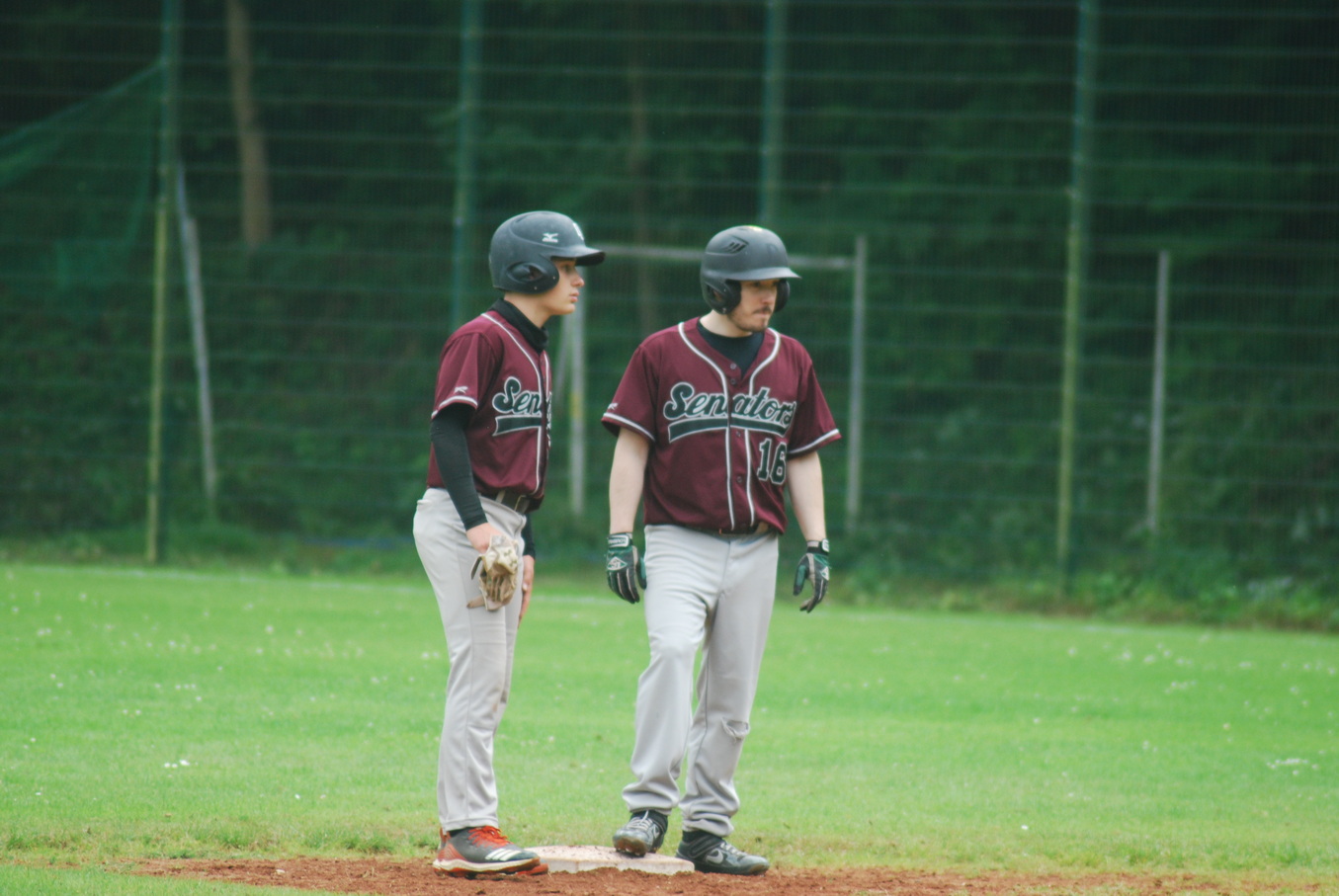 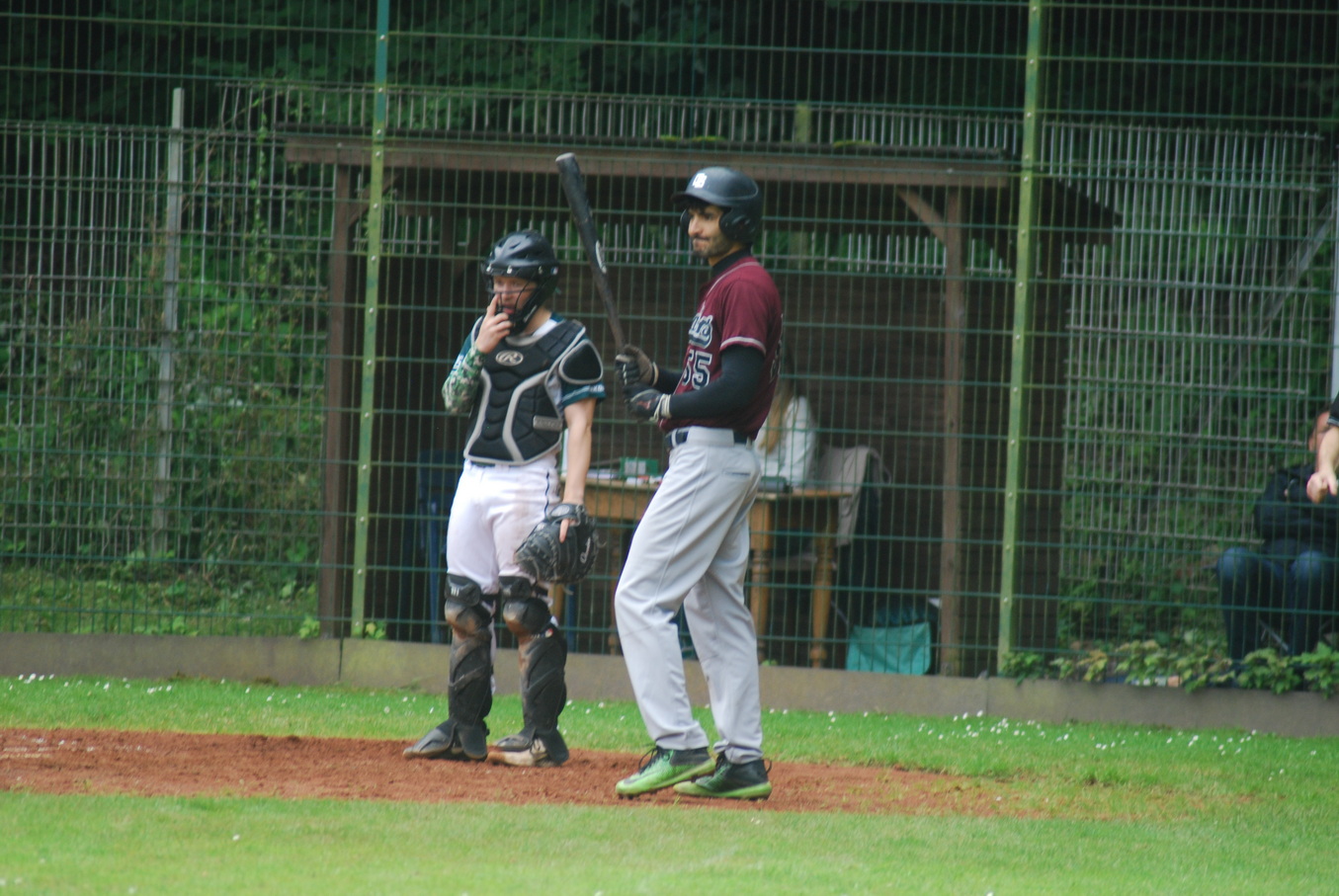 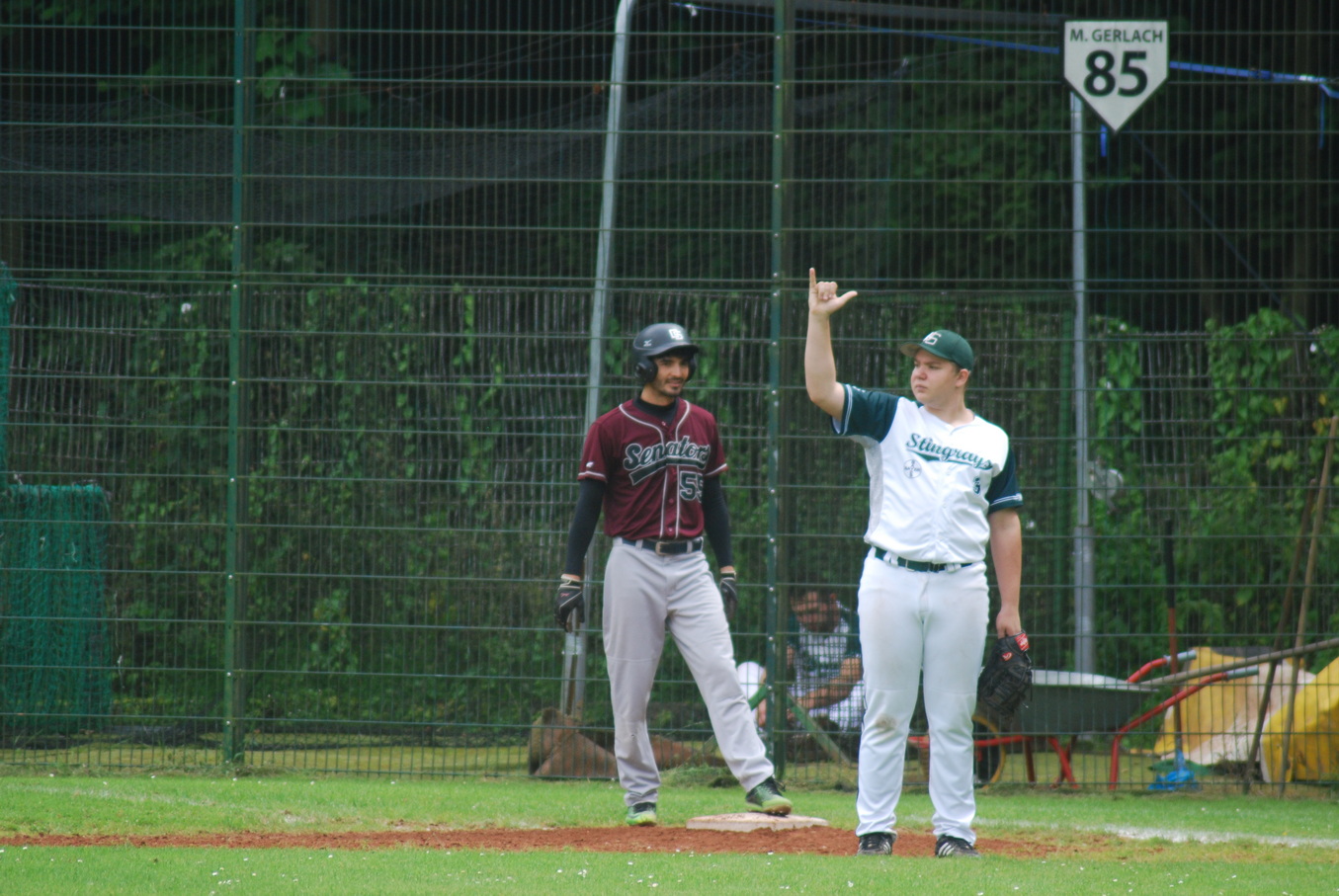 On August 8th the Senators competed for their next double header against the Stingrays in initially pleasant weather in Wuppertal. The weather lasted until the third inning of the second game, after which the rain came and the game had to be abandoned. As expected, the encounter took place at eye level and the spectators could almost grasp the tension on the field until it rained.

After 3 to 3 runs in the first inning, the Stingrays were able to run away a bit and worked out a 7: 3 lead by the fifth inning. The sixth inning was uneventful, so that the Senators offensive had to catch up 4 points behind in the seventh and final inning. Despite a very exciting and brilliant catch-up race, one run was missing in the end to tie up the game. With 6: 7 runs, 7 to 7 hits and 3 to 2 errors, the balance of the game was made clear. Anton DeAngelis and Javier Liere-Paz could each achieve 2 hits and thus led the Düsseldorf offensive.

After two innings played without any runs cored, the second game in the third inning had to be abandoned due to rain. Unfortunately the rain came after a very nice home run by Javier who brought upon the Düsseldorf 3-0 lead. The game is not scored because no more than half of the scheduled innings have been played. At least the Senators were able to leave Wuppertal with the positive feeling that they were on a par with the Stingrays. For the next year we will be able to experience exciting games with both teams.

We would like to thank the Wuppertal Stingrays, the Umpires, the scorer, the catering and the spectators for the friendly atmosphere.