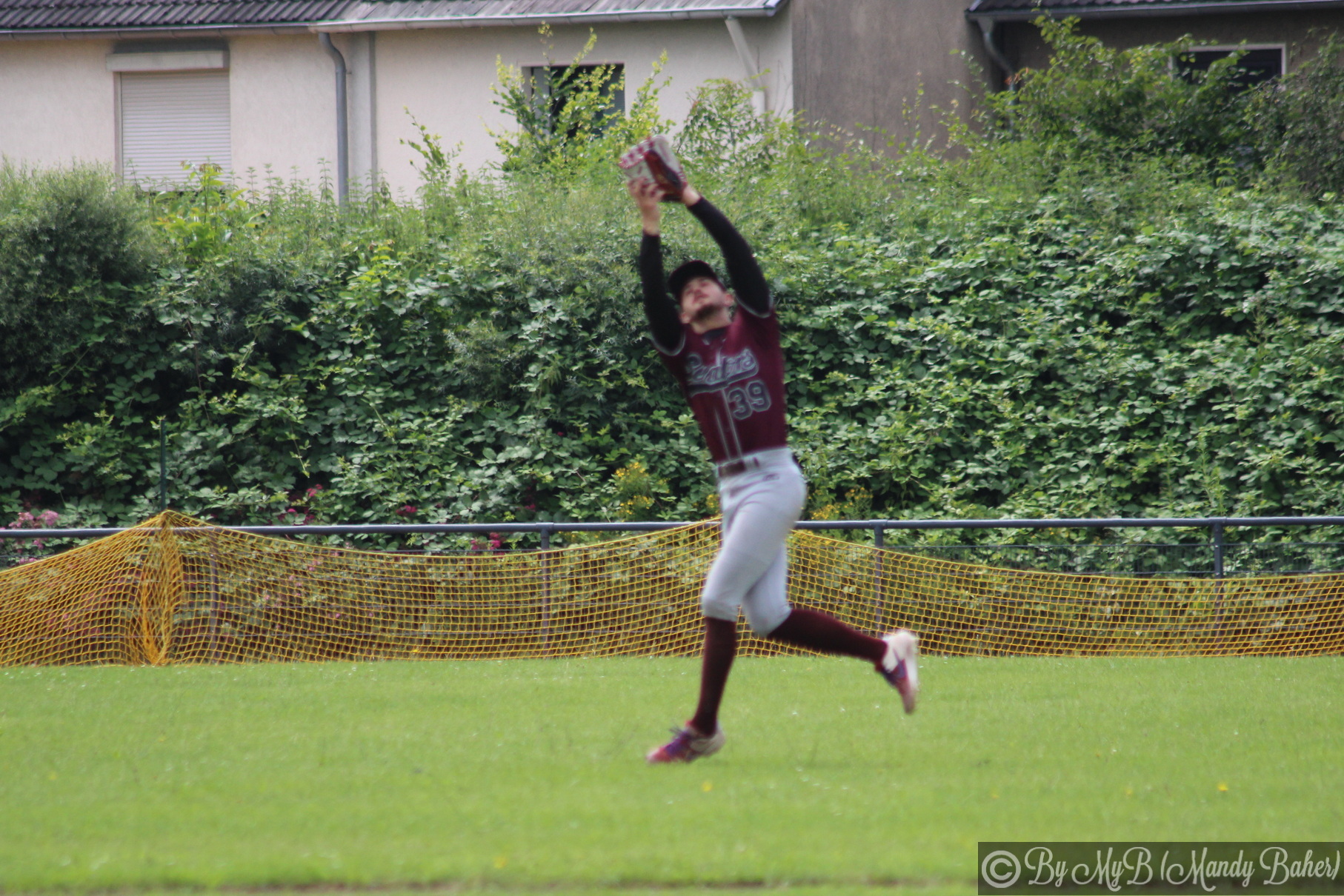 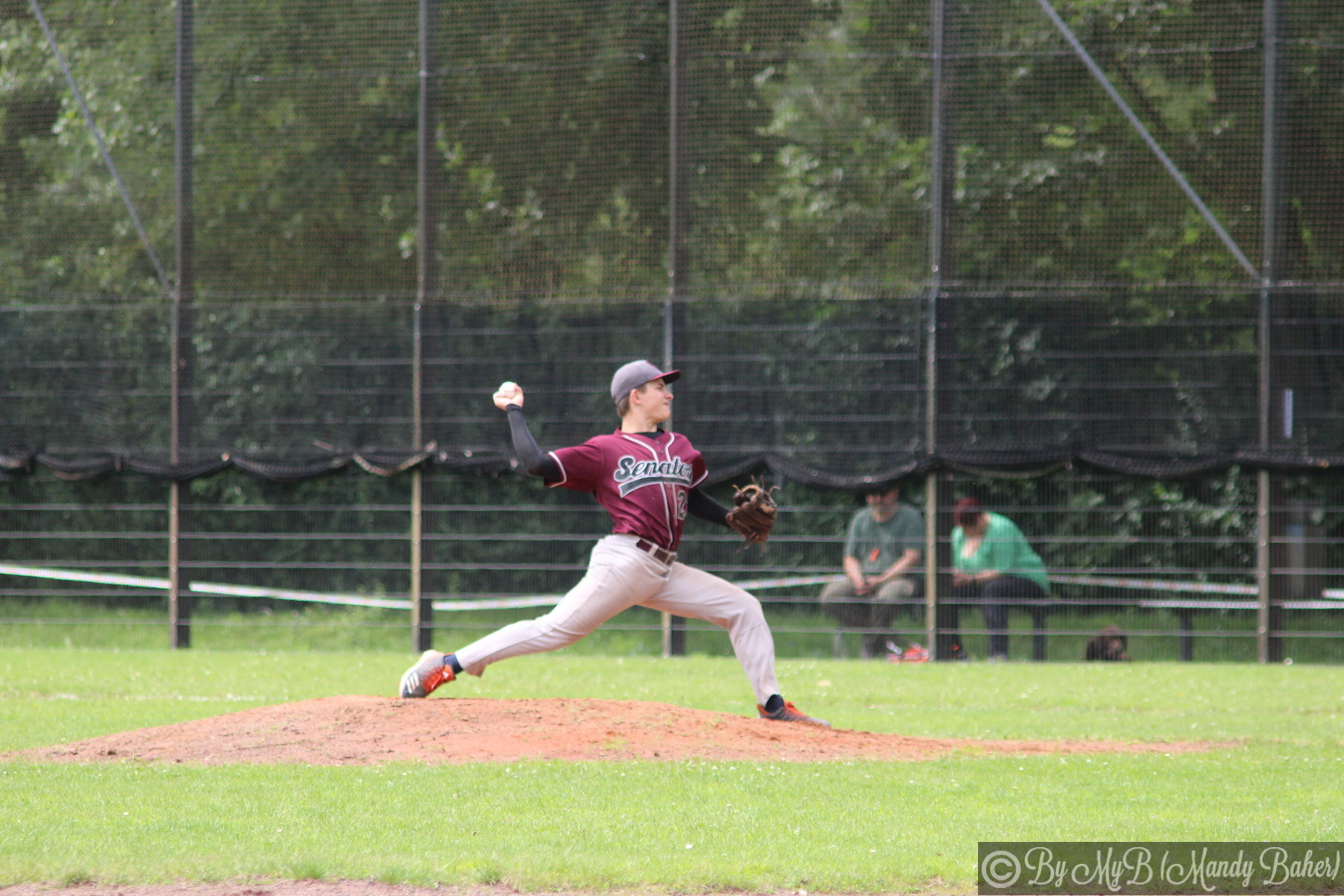 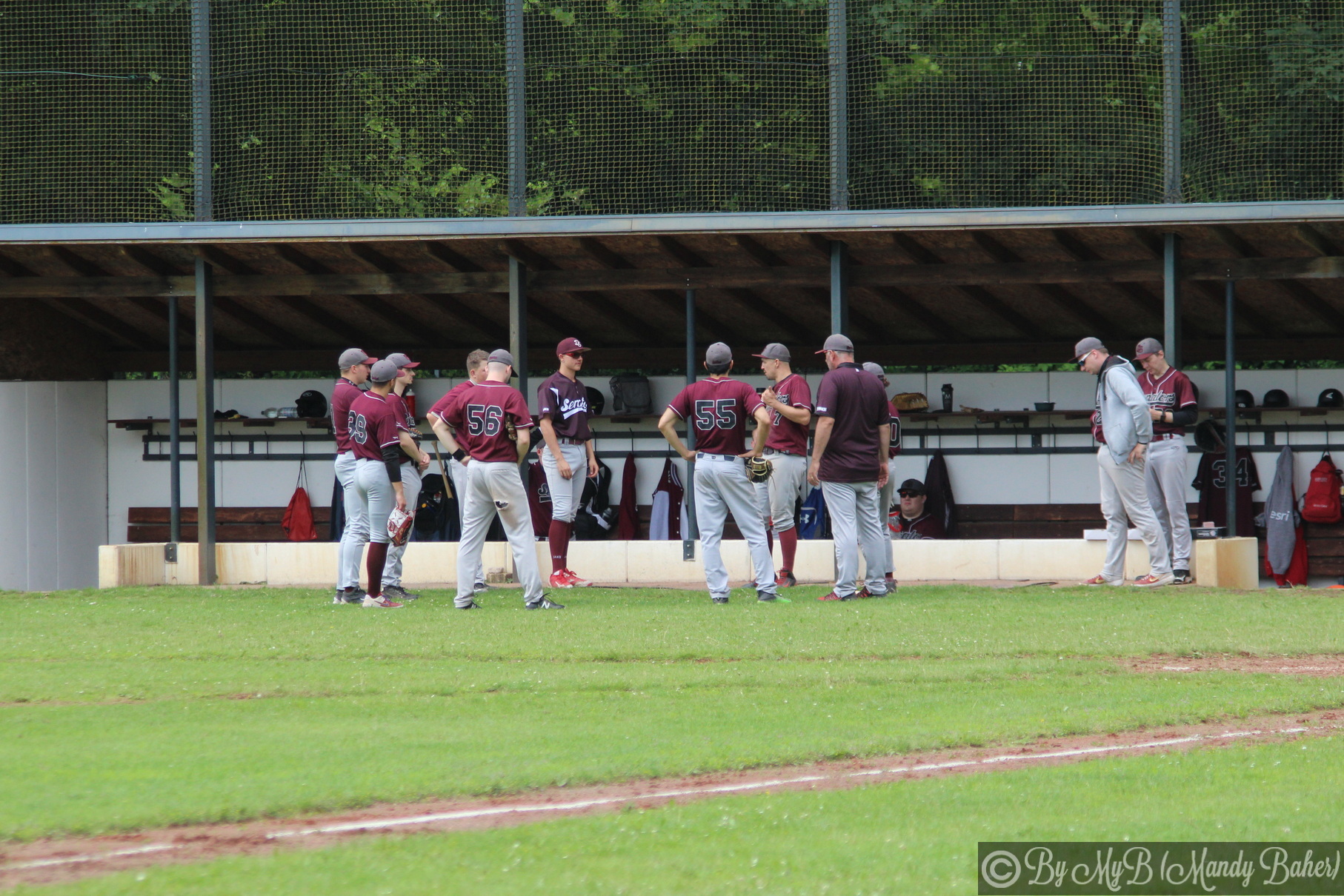 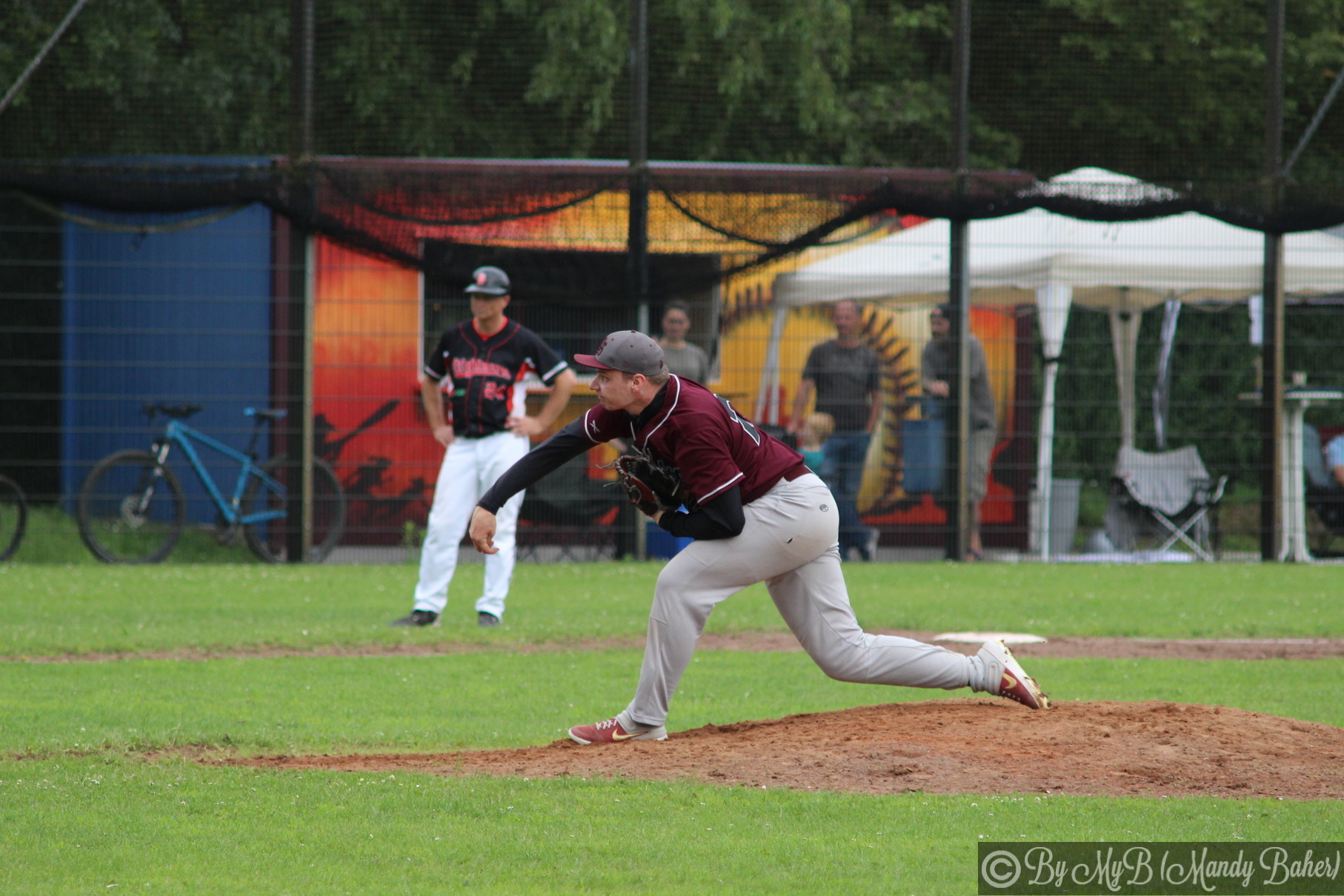 The Senators celebrate their first two wins in the 2nd Bundesliga

The Neunkirchen Nightmares were guests for the double header on Sunday. A sure win in the first game and a very exciting second game that ended with a “walk-off” hit secured the Senators their first two victories in the 2nd Bundesliga.

In the first game for the Senators Leon Stölzel started on the mound and formed a highly efficient “battery” with Patrick Mohr as the catcher behind the plate. Leon repaid the trust placed in him with an excellent performance. In 4 innings on the hill, he only allowed the opponent 2 hits and 2 walks. Rounded off by 1 strikeout and no earned Runs , Leon more than earned the win. As relief pitcher, Shohei and Javier Liere Paz replaced Leon in the following 3 innings. Shohei was also in a good mood and only let 3 opponents come on base in 2 innings. A nice double play that ended the 6th inning for the Senators on the defensive was also helpful. In the last inning, Javier Liere Paz received the ball and quickly got two outs. When the score was 6-0, the whole team seemed to feel that they would win. Possibly distracted by this, the Nightmares were able to prevent the shutout with 2 hit by pitches, 2 hits and a walk and scored 3 points at the end of the game: 6: 3 for the Senators.

On the offensive, the Senators were able to show again, after a rather moderate performance a week ago, that they also know how to handle the bat. The first three of the Düsseldorf lineup were particularly effective. Anton DeAngelis and Thomas Rubis led the lineup with 2 hits each in 3 at bats. The two were responsible not only for the 4 hits but also for 4 runs. They were followed in the lineup by Javier Liere Paz (1 of 2; HR, 2 HBP), who scored points 5 and 6 for the Senators with a long 2 run home run in the 4th inning. Linus Dunskus, Alex Kwiatkowski and Steffen Meller each got one RBI (run batted in).

The second game was hard to beat in terms of tension. Both teams were particularly convincing on the defensive and in pitching. After the top half of the final inning, the Senators were 2-1 behind, with defeat in mind.

Defensively, both the pitching and the field game of the Senators were convincing. Anton DeAngelis as pitcher delivered 5 very good and convincing innings on the hill. Leon Stölzel behind the plate completed the well-working “battery”. Anton was replaced by Marius Wilczeck for the last two innings. Marius was able to show a surprisingly good performance despite a very large training deficit on the mound. 0 runs, 2 walks, 1 strikeout by Marius in the last two innings kept the game close and the Senators in the game. The Senators’ flawless field game was particularly impressive and the key to victory. The team was able to achieve a total of 4 double plays and thus actively and helpful support the work of the pitchers.

The scoring history shows how tense this second game was. After a lead-off double by Anton DeAngelis and a mistake in the field game, the Senators were able to quickly score the first point and take a 1-0 lead. The offensive cooled down in the further course and despite 5 more hits (including 3 doubles) could not score another point until the 7th inning. The people from Neunkirchen also had their difficulties with pitching the Düsseldorf team. They could only get 4 hits in total. However, they managed to score 2 points in the 3rd inning with a double, a single and a sacrifice fly. The Nightmares maintained this 2: 1 lead up to the 7th inning. After a strikeout against substitute Niklas Kolter, DeAngelis reached first base with a hit by pitch. As a pinch hitter, substituting for Marius Wilczek, Linus Dunskus hit a very good ball into the outfield, which was caught by the center fielder. With a hit by pitch, Anton DeAngelis moved to second base and thus in scoring position. With Anton on 2nd and another runner on 1st base, our safest bat hit the plate, Javier Liere Paz. He was able to score a double with a hard hit down the third baseline and, even more importantly, get the point to level with Anton Game Tying Run -. Robin Thorenz put an end to the drama with a bloop single on the shortstop – Game Winning RBI -.

We thank everyone involved and supporters. Thanks to the Neunkirchen Nightmares for two exciting games at eye level. Many thanks to the umpires. Thanks in particular to the scorer, Tanja, who didn’t have it easy ;-).

We look forward to the next game. On July 25th at 12 o’clock the Senators in Wesseling compete against the Vermins.

Photos by <a href=